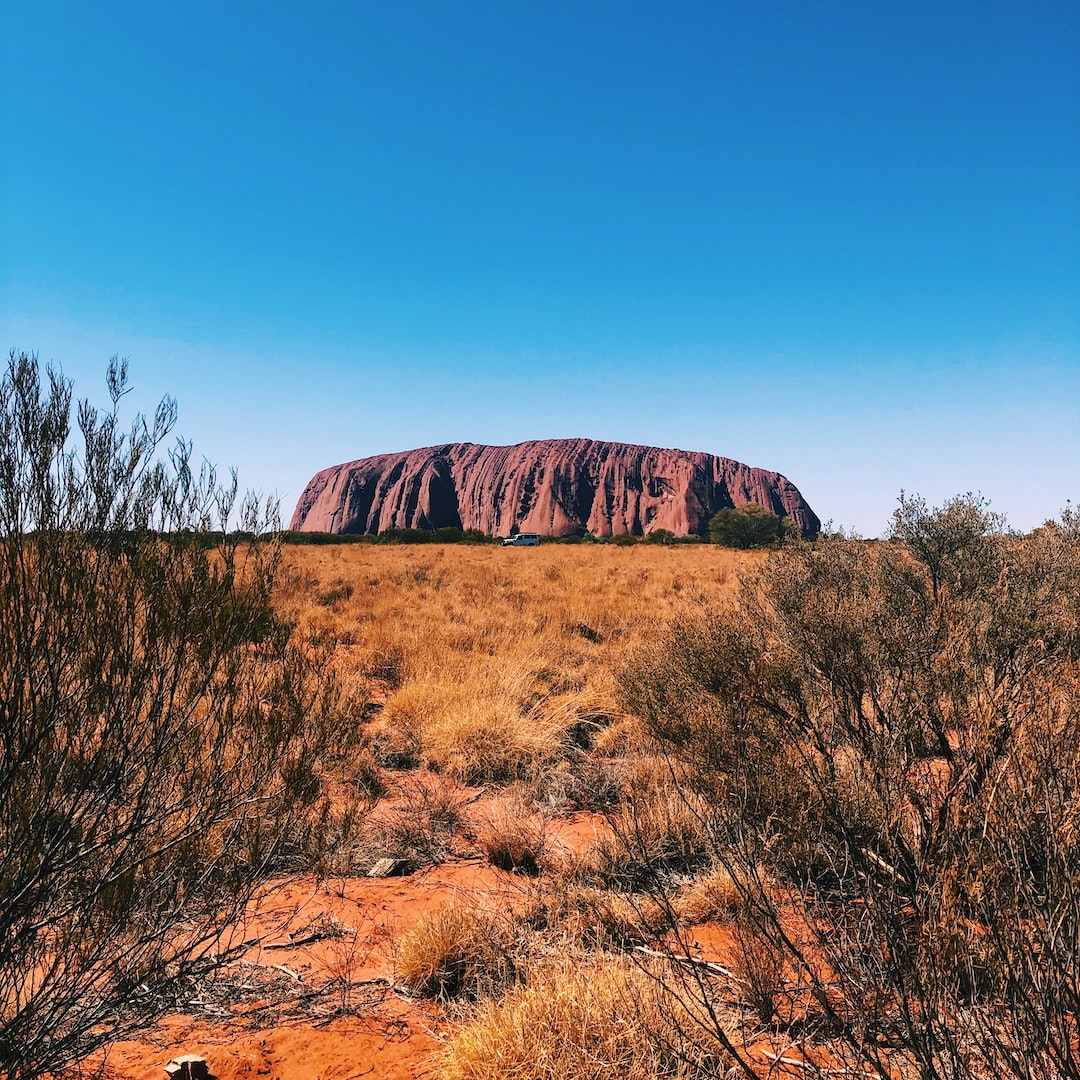 “The Uluru Statement from the Heart": Contextualizing a First Nations Declaration

On July 10, 2019, the Australian government announced its intention to organize a national referendum to determine whether to recognize its indigenous people in the Constitution and provide them with a “formal representative role in the government.” Parliament has allowed itself three years to follow through on this promise, as the minister for Indigenous Australians Ken Wyatt noted: “Constitutional recognition is too important to get wrong, and too important to rush.”

Still, this announcement from Australia’s leaders may be long overdue. The Aboriginal and Torres Strait Islander People have been seeking national recognition since 1901 when Australia ratified its Constitution. And in 2017, indigenous leaders convened at the First Nations Constitutional Convention to address their peoples’ institutionalized marginalization. Here, they drafted the “Uluru Statement from the Heart,” a document that implores Australian leaders for representation and respect. By contextualizing the Uluru Statement and unpacking its language, we can gain a far better understanding of the nuances in the Aboriginal leaders’ requests and the history of Australia’s First Nations.

What Happened at Uluru

Over the course of four days in May 2017, 250 Aboriginal and Torres Strait Islander leaders gathered at Uluru Rock for the First Nations National Constitutional Convention. Australia’s Referendum Council held this conference as a step toward answering the question of “how to best recognise Aboriginal and Torres Strait Islander peoples in [Australia’s] Constitution.” One of the Uluru Statement’s signees Dean Parkin recalls the camaraderie he felt with his fellow leaders at Uluru. He reflects on the overwhelmingly positive response to the statement at the convention: when Professor Megan Davis read the document for the first time to the delegates gathered, they responded with a standing ovation.

Yet, what Dean Parkin calls an “emphatic endorsement” of the Uluru Statement might seem to others far less unanimous. Seven delegates and thirty of their supporters walked out of the summit before the leaders had arrived at any consensus: they feared that the goal of constitutional recognition and a treaty-making process between the Australian government and the First Nations would result in a loss of indigenous sovereignty. Despite this dissent, Aboriginal and Torres Strait Islander leaders proceeded with their goal: they produced a document that declared their sovereignty and their hopes of reconciling with the government.

That the First Nations Leaders realized this vision near Uluru Rock seems rather fitting. The Anangu people, to whom these lands belonged, believed that Uluru marks the place where their people long ago “became  involved in a dispute with men who approached from the west.” Indigenous leaders gathered here again in 2017—but this time to resolve a long-standing dispute with their former colonizers. Thus, Uluru Rock functioned like the “heart” of this indigenous rights movement: as Anangu artist Rene Kulitja noted in an interview with the Sydney Morning Herald, “the statement is placed at the centre where the power resides.”

However, the Uluru Statement is said to come “from the heart” not only because of its place at the center of the Aboriginal rights movement but also because its prose drips with pathos. The authors, for instance, write about the indigenous people’s “love” for their children—how “they should be our hope for the future.” These poignant and emotionally-charged asides may seem out-of-place in a political document asking for “constitutional change and structural reform.” But in reality, this rhetoric is entirely in line with what the authors are trying to accomplish. This document should be regarded as a political deeply human statement seeking to secure dignity for Australia's First Nations.

Indeed, in writing “from the heart,” the authors of this document express their deep discontent with their treatment in their own country; only instead of assigning blame, they suggest a plan for reform.

To be specific, indigenous leaders at the First Nations National Constitutional Convention sought two changes in particular: first, they hoped to secure “a First Nations Voice enshrined in the Constitution,” and second, they sought to establish a “Makarrata Commission.”

Aboriginal leaders aspire to have their voice “enshrined” in the Australian Constitution for the sake of security. Constitutional recognition would provide First Nations with institutionalized protection to express their desires and needs in Parliament. In practice, this might manifest as a committee of indigenous leaders potentially elected by their people that has the power to respond to legislation that may affect the Aboriginal and Torres Strait Islander population. As such, Australia has a referendum in the works that would amend the Constitution to include indigenous people.

The Makarrata Commission provides another pathway to amplify the First Nations voice. The two functions of the Commission would be to facilitate a negotiation process between government and Australia’s First Nations and to cultivate a more honest relationship between the indigenous population and the Australian public at large—one in which both parties can acknowledge and address the country’s unflattering history of marginalizing the Aboriginals. Pursuing this facet of the Uluru Statement requires only legislative action and no constitutional amendment.

Yet, more broadly, what is most important to Australia’s indigenous leaders is First Nations Sovereignty. In fact, for them, sovereignty represents a divine right. That is to say, the Aboriginal and Torres Strait Islander people feel an ancestral tie to their land, their culture, and their autonomy. This sovereignty is their patrimony, and they hope to reclaim it.

“When we have power over our destiny”

When discussing how the Aboriginal population plans to reclaim their sovereignty, it is important to understand how they may have lost it in the first place.

When the British arrived in Australia in 1788, they brought along diseases that decimated Aboriginal population; in the years that followed, conflict raged on the frontier. The indigenous people resisted British colonial expansion as best they could. Yet, the British settlers overpowered the Aboriginal resistance through violence.

This abuse has extended far beyond just the colonizers, though. Until 1973, the Australian government had been separating Aboriginal children from their families to assimilate them into white society. This practice emerged out of policies like the one established at the Initial Conference of Commonwealth and State Aboriginal Authorities in 1937, which stated that “the policy of the Commonwealth is to do everything possible to convert the half-caste into a white citizen.” The children, known as the “Stolen Generation,” were adopted into white families and institutions to separate them from their cultural identities. They were often given different names and restricted from speaking their languages.

Treatment of the First Nations people improved somewhat in 1962, when they secured the right to vote. However, Australia reversed its stance on Aboriginal assimilation only after the 1967 referendum. The law approved in this referendum urged the government to count the indigenous population in the national census and to amend Section 51 of the Constitution, which allowed Parliament to “make laws for the peace, order, and good government of the Commonwealth with respect to the people of any race, other than the aboriginal people in any State, for whom it is deemed necessary to make special laws.” This referendum aimed to create a greater sense of equality in Australia—in effect, it allowed Aboriginals to live under the same laws that governed the rest of the nation rather than the assimilationist ones that governed them before.

But still, Australia’s Aborignal and Torres Strait Islander peoples have little security. The Uluru Statement points out that Australia has criminalized the Aboriginal population: “proportionally, we are the most incarcerated people on the planet.” Indeed, although Australia's First Nations people represent just two percent of the nation’s population, they constitute 27 percent of the incarcerated population. It is safe to say Australia has a ways to go.

The Meaning of “Makarrata”

Following the First Nations National Constitutional Convention in May 2017, Parliament rejected the Uluru Statement from the Heart. Then-Prime Minister Malcolm Turnbull claimed that “a constitutionally enshrined additional representative assembly for which only indigenous Australians could vote for or serve in is inconsistent with [the] fundamental principle” of equal civic rights for all Australians.

The Yolngu word “Makarrata” simply means “peace after a dispute,” referring to something similar to a treaty process. But Merrikiyawuy Ganambarr-Stubbs, a Gumatj woman, divulges the word’s more literal meaning: “a spear penetrating, usually the thigh, of a person that has done wrong… so that they cannot hunt anymore, that they cannot walk properly, that they cannot run properly; to maim them, to settle them down, to calm them—that's Makarrata.” The Uluru Statement certainly failed to “maim” or “penetrate” Australia’s government, so to speak. Still, the statement seemed to strike Australians where it hurt most: the heart. Though in 2017 the Australian government denied the First Nations’ requests in the Uluru Statement, public sentiment surrounding treatment of the indigenous population seems to be evolving. Parliament’s announcement in June 2019 regarding its intention to hold a national referendum regarding indigenous recognition in the Constitution seems to signify another chance for Australia to accept the olive branch extended by the Uluru Statement in 2017—another chance at reconciliation. Though the outcome of this potential referendum remains uncertain, at the very least, the effort represents a beacon of hope. 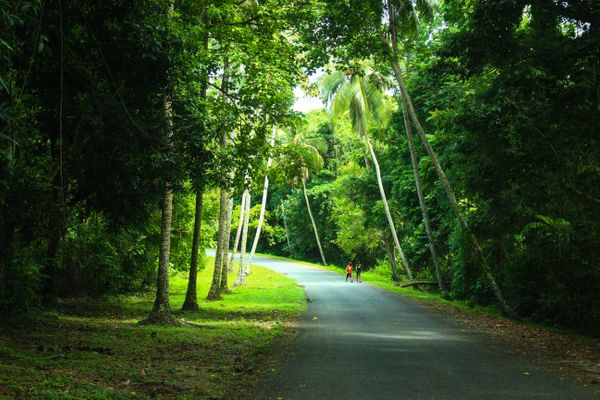 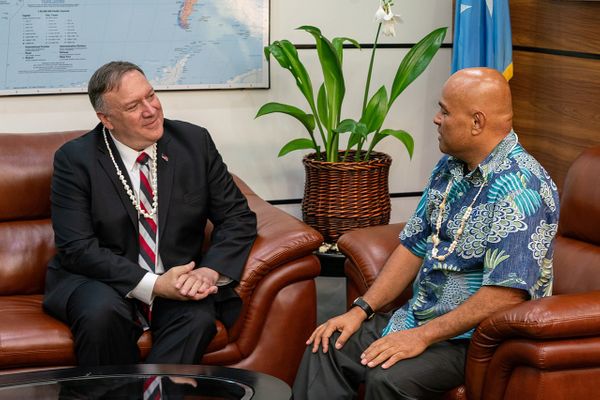 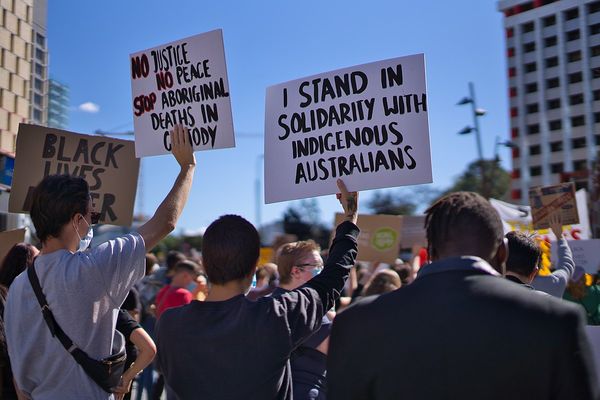 "The Torment of Our Powerlessness": Police Violence Against Aboriginal People in Australia