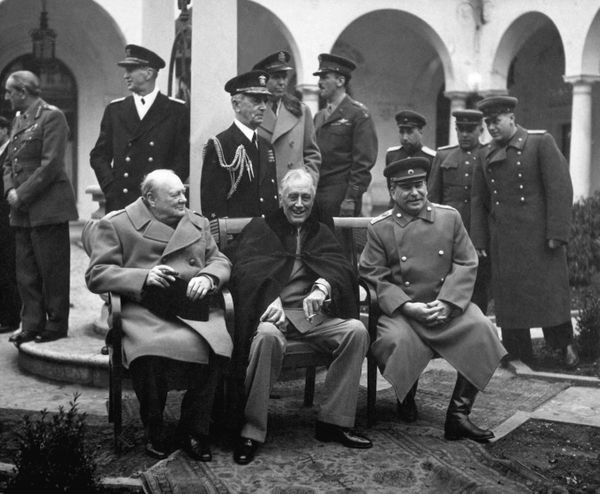 History is narrative, and narrative celebrates defiance. From one Martin Luther to the other, humanity has revered those who refuse to compromise on their principles. By contrast, concession can sometimes feel a lot like cowardice. Winston Churchill, the “British Bulldog” who prevented Nazis from goose-stepping across Western Europe, ranks among the most respected leaders of the last century; Prime Minister Neville Chamberlain, Churchill’s predecessor and the capable leader who famously tried to appease a young Adolf Hitler, does not.

There are countless other examples of conciliatory policies being exploited on the world stage today. As John Berkay notes, when the US government inked an agreement with the Taliban in February, it left behind a broken nation that will surely be dominated by insurgents for decades to come. All too often, it seems, leaders who are desperate for peace deal away their principles in the process.

On the other hand, politics is no place for romantics—the stakes are too high. Reciprocity has underpinned the greatest peacebuilding efforts in human history, from the formation of the European Union to the Camp David Accords. Given that legacy, Will Schrepferman underscores the importance of establishing international agreements before entering a new age of space exploration. Likewise, Bernard Aronson, a US diplomat who worked on the Colombian peace process, leaves us with a crucial reminder: while no one gets everything in a negotiation, everyone gets something. Zero-sum mentalities are best left on the battlefield.

Beyond the cover topic, this issue features analysis of emerging issues in international relations. As the world deals with the fallout from COVID-19, Joy Ding considers the implications for intellectual property in the pharmaceutical industry. Kendrick Foster reviews the cultural significance of yerba mate, a lucrative crop for farmers in Argentina, Paraguay, and Uruguay that is now making the jump to the developed world. And Norwegian Prime Minister Erna Solberg, a durable center-right voice in Scandinavian politics, provides her thoughts on the pandemic, her own growth as a leader, and the future of Europe.

The German sociologist Max Weber once said, “Politics is a strong and slow boring of hard boards. It takes both passion and perspective.” Most would agree that slow progress is better than no progress at all. Even so, political compromise is often unpopular, requiring the kind of courage recognized only in the footnotes of textbooks. There are times to take a stand, and there are times to work within the system. The greatest leaders are those who can tell the difference.