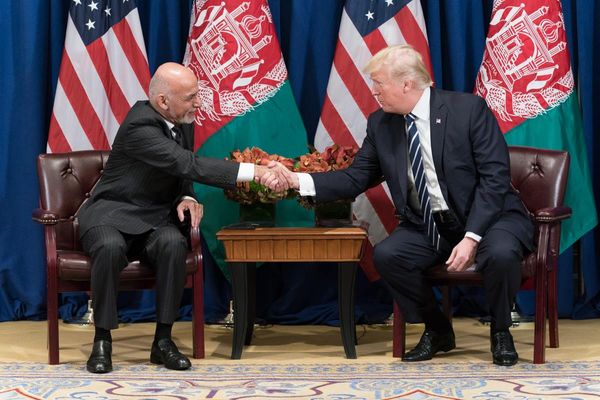 February 29, 2020 marked the signing of the most recent, and at first glance the most promising, peace deal between the United States and the Taliban. The self-proclaimed author of the peace deal, President Donald Trump, believes he has again solved a political deadlock which neither his predecessors nor international counterparts so far have been able to untangle. The stakes are high; since 2001, the conflict in Afghanistan has cost the United States almost US$1 trillion, claimed over 147,000 American and Afghan lives, and left the Central Asian nation of 35 million with little hope for peace, stability, or prosperity. Included in the deal is the phased reduction of United States and coalition troops stationed in Afghanistan, a mutual prisoner swap between the United States and the Taliban, a commitment on the part of the Taliban to cease being a safe haven of terrorist activities against the West, and the expectation that the Taliban will soon begin to engage in further peace negotiations and cooperate with the Afghan civilian government of Afghan President Ashraf Ghani.

However, that last element of the deal—the assumption that the Taliban and Ghani’s government will be able to successfully engage in productive negotiation—brings to focus the crux of Afghan’s political reality, and highlights the naïvité of the deal’s scope and goals. From the very beginning, the prevailing view, especially in the West, was that any long-term solution should be “Afghan-led and Afghan-owned,” reflecting the principle that modern democracy cannot be imported; it must be domestically cultivated through a process of reconciliation between the dominant interest groups within the nation. On the surface, the February 2020 deal seems to adhere to these guidelines, aiming to reduce the presence of the US military and set a precedent for intra-Afghan negotiations. Indeed, international headlines on the day the deal was signed indicated optimism and hope, suggesting that the almost two-decade long conflict could be coming to an end.

However, under the praise, the deal is really a formalized roadmap for ending the US presence in Afghanistan, shifting responsibility for further peace negotiations to the Taliban and the civilian government. The move is based more on false optimism than a true understanding of the power dynamic within Afghanistan. It is unclear what future Taliban-government cooperation would even look like; the deal does not, for example, make any specific demands of the Taliban or the Afghan government regarding the rights of Afghan women, an issue which has been of central concern due to the Taliban’s record of extremely harsh treatment of women and girls.

It would of course be ideal for the Taliban and the civilian government to negotiate their own settlement, but the complex interests on both sides complicate any peace process. As Seth Jones of the Center for Strategic and International Studies notes, “I find it very hard to believe that [senior Taliban officials will] have fought for 18 years only to agree to a situation where they're serving in an Afghan government led by someone like President Ghani.… And I don't see, at this point, a lot of opportunity and position where the two will agree.” President Ghani’s tenuous hold on power has raised concerns about his legitimacy, and it begs the question: if the constituents of the Afghan government do not have full confidence in their president, how can Taliban leaders be expected to form a functioning government alongside him?

Indeed, the civilian government has its own leadership problems and does not seem to be in any position to articulate a clear set of demands and concessions to the Taliban. The Afghan people went to the polls on September 28, 2019 to elect their new president, and even though Ashraf Ghani was declared winner on February 18, 2020 (just two days before the US-Taliban deal) after months of delay over corruption disputes, his opponent Abdullah Abdullah rejected the result and claimed he would form his own “inclusive government.” On May 17, 2020, they finally agreed on a power-sharing deal in which Abdullah will lead peace talks with the Taliban, yet the fact that it took three months for the election results to be translated into an actual government does not send an encouraging message for the possibility of peace talks. Their feud is nothing new; Ghani and Abdullah had also gone head to head in the 2014 election, which only ended when US Secretary of State John Kerry intervened to create a power-sharing agreement in which Ghani continued as the dominant figure. Such is the nature of Afghan politics. History offers little reason to suggest that the Taliban and the civilian government will be able to make any tangible progress.

The deal posits that intra-Afghan negotiations were to begin on March 10, 2020. While it is true that Ghani and the Taliban finally agreed on March 25, 2020 to start trading prisoners by the end of the month, this was likely due to US pressure on Ghani: US Secretary of State Mike Pompeo announced on March 23 that the United States would be cutting US$1 billion of aid funds to Afghanistan due to the standoff between Ghani and Abdullah. Further, he threatened, an additional US$1 billion would be cut by 2021 if the United States was not satisfied with the Afghan government’s progress. Miraculously, two days after the announcement, Ghani’s government agreed to the prisoner swap.

The fact that the decision to cut aid came so quickly highlights the impulsive nature of the Trump administration on the question of Afghanistan. The United States signed the February 2020 deal with the Taliban, realized shortly thereafter that their optimism was misplaced, and soon began cowed the Ghani government into talks with the Taliban to save face. Instead of implementing a ceasefire and using that opportunity to move toward peace talks afterward, the United States hoped that if the Taliban and the civilian government were to start talks first, a ceasefire would soon follow. The administration had some reason to believe this—the Taliban had previously hinted at the possibility of a negotiated ceasefire. But like the rest of the deal, the ceasefire was (and still is) a pipe dream, as the Taliban conducted over 70 attacks on Afghan government forces for the week following the deal’s signing. And if Trump follows through on his proposed aid cuts, he will cripple the Afghan government’s ability to defend against the Taliban, eliminating the primary reason for the Taliban making concessions. On top of everything, several intelligence sources have confirmed that the Taliban had no intention of truly honoring the deal, and may have signed it merely to celebrate the symbolic withdrawal of the United States from Afghanistan. Trump himself seemed to acknowledge the risks, declaring on March 6 that the Taliban could “possibly” overrun the civilian government if the United States proceeded with withdrawal. Paul D. Miller, professor at Georgetown University and former National Security Council official, compared it to the Nixon administration’s conduct in the Vietnam war, when US diplomats negotiated a deal with North Vietnam and forced their allies in Saigon to accept it. Two years later, the North Vietnamese forces captured Saigon.

There is a time and place for troop withdrawal. The United States can no longer sustain the sort of all-encompassing foreign policy from the days of the Pax Americana, so the administration’s fatigue and desire to withdraw troops is understandable. Trump has made it clear that he no longer wants boots on the ground in Afghanistan, and he is attempting to follow through on that. However, the February 2020 agreement is a peace deal in name only, exacerbated by Trump’s subsequent assumptions about intra-Afghan peace talks and the intentions of the Taliban. The Graveyard of Empires is now the Graveyard of Ceasefires as well.