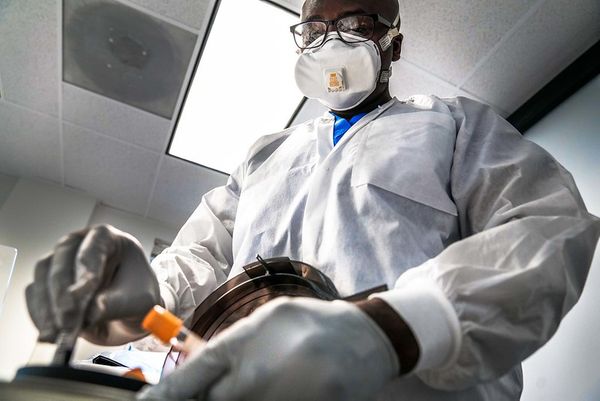 West Africa and COVID-19: A Model for Effective Mitigation with Limited Resources

As the coronavirus pandemic began to sweep the globe, health experts, political commentators, and others quickly turned their eyes to Africa. With the 2014-2016 Ebola outbreak in West Africa lingering in recent memory, many predicted a coronavirus nightmare unlike anything seen in decades. On CNN, Melinda Gates, a major advocate for global health causes, said that COVID-19 spread in Africa would result in "bodies out on the street." Forecasters predicted millions of COVID-19 deaths throughout the continent, with untold devastation and damage to the continent's economy, infrastructure, and education. Global forecasts foretold a dark future, one which would threaten millions of lives across the continent.

These predictions, however, turned out to be largely incorrect. Scientific papers and leading experts warned of the risks of a West African pandemic, including high mortality rates and devastation across some of the world's poorest countries. However, many of these nations, especially in West Africa, have defied expectations with far less deaths and infections than many models predicted. In fact, in a strange twist of irony, many of these nations now have lower per-capita case counts than some more developed nations like the United States.

On paper, these results may seem surprising. After all, many Western nations have higher numbers of hospital beds and doctors per capita than West African nations, while also boasting some of the world's largest and most advanced healthcare systems. Meanwhile, medical professionals are scarce in several West African states. In Senegal, for example, there are only about seven doctors per 100,000 people. But despite their limited resources, these states are beating the odds. How?

The answer to that question depends on a variety of factors that have enabled West Africa to respond to the coronavirus pandemic effectively. They include everything from lessons that governments have learned from previous pandemics to rapid and decisive action by political figures and innovative organizational methods that have assisted COVID-19 mitigation even in low resource settings.

Likely, the most important factor for the effectiveness of the West African COVID-19 response has been the speed at which measures have been taken. For example, in Ghana, national lockdowns and travel bans were put in place as the first cases started to appear on the continent in late February. These lockdowns prohibited all major public gatherings, sealed the country's borders to non-citizens or residents, and mandated social distancing measures in order to avoid an outbreak with enforcement conducted by health and security personnel. Self-reported data indicates that substantial numbers of people followed these measures, though some suggest a lower compliance rate than expected due to the number of cases initially seen in the Ghanaian capital Accra.

But, the critical part of these moves was that they occured far earlier after its first cases than when the United States enacted such measures, which helped slow the spread much more quickly. Similar mitigation efforts were made in other nations, like Nigeria and Côte D'Ivoire, after only a handful of cases, which was critical to slow the spread of the virus despite partial noncompliance. If these countries had locked down after tens or even hundreds of confirmed cases, the virus could likely have spread like wildfire throughout this region of the world. As a result, the strategy, while perhaps interpreted as overly cautious, was likely a critical move in helping mitigate the virus.

Additionally, West African states were able to draw on their previous experience with the Ebola pandemic to improve COVID-19 mitigation. Only a few years ago, Ebola became a crisis in this part of the world with thousands of West Africans dying and thousands more infected. In the wake of the pandemic, West African governments reorganized and developed new approaches to prevent another gruesome pandemic. Many countries, like Sierra Leone and Liberia, began reorganizing their health systems to become more efficient and resilient, focusing on how to achieve successful mitigation and care in spite of lower health resources.

As a result, when COVID-19 hit, West Africa was far more ready. Countries like Sierra Leone, which had been a center of the Ebola outbreak, learned from their experiences and took the virus quite seriously. The nation had an effective testing and tracing strategy three weeks before its first cases were confirmed. Meanwhile, intergovernmental organizations, like the World Food Programme and World Health Organization, already had established networks for speaking with local residents and acquiring supplies, which helped ensure that lockdowns and other mitigation efforts would not be too damaging on the population. With these efforts, West Africa's COVID-19 response was far more organized and well-prepared for the storm to come.

With these efforts, West African countries began to boast a rather impressive series of health achievements. For example, Liberia, which once had around 5,000 deaths from Ebola, now has only 82 deaths from the coronavirus. Similarly low COVID-19 figures are also present in Ghana and Sierra Leone as of October 2020, serving as a reminder of how coordinated responses have been broadly successful in spite of the lack of resources in these environments. In many ways, it serves as a testament to how ingenuity and effective planning on behalf of these governments can overcome many of the developmental challenges that harmed pandemic response in the past.

One country in particular, Senegal, serves as a guiding beacon of success. After dealing with Ebola, the Senegalese government created the Health Emergency Operations Center, which has played a key role in coordinating the country's response to COVID-19. For nearly five years, the Center has run simulations of various epidemics and cooperated with international organizations, like the WHO, to create emergency measures that can be rapidly enacted. As a result, when the coronavirus pandemic hit, the Center was in a unique position to act quickly, to oversee the gradual increase in Senegalese testing rates, and to ensure access to hospital beds for those infected with the coronavirus. As a result, Senegal has maintained an extremely low COVID case count, with the country having substantially fewer per capita cases than the US itself.

Now, it is important to note that there are other factors that are actively helping West African societies respond to the pandemic. For example, many of these countries are extremely young, on average. The median age in Sierra Leone is around 19 years old, and other West African societies follow the same trend. The region stands in stark contrast with Europe, where hard-hit states like Italy and Spain have median ages of 47 and 45 years old respectively. Since younger groups are less likely to suffer from debilitating or highly distressing COVID-19 outbreaks, these demographic differences could explain why West Africa's epidemic has not been as severe as other countries.

Additionally, some estimate that up to 80 percent of African COVID-19 cases are asymptomatic, which is almost double the estimates for much of Western Europe. As a result, it is likely that fewer people have died, but detection and testing of cases are harder without symptoms. These countries' true case counts could be much higher than what official statistics report. However, for the West African countries with available data, like Senegal, positivity rates have remained around two percent, indicating only a limited level of viral spread. This result may be due to factors like the lack of transportation infrastructure in some communities, which would prevent infected individuals from traveling and help slow the virus's spread. In addition, several West African states have received medical equipment from other countries, such as the United Kingdom, helping them better cope with increases in cases.

However, despite these factors, the fact that West Africa has not seen the kind of unmitigated community spread seen in the United States is a cause for celebration, especially given the under-resourced or lack of healthcare infrastructure present in these countries. It is a tremendous undertaking to be able to mitigate COVID-19 in any country, let alone in societies that have been recently marred by pandemics and suffer from a host of economic and political issues on their own.

As a result, West Africa can serve as a unique example and lesson for other under-resourced or developing states on how to manage and deal with these kinds of humanitarian crises. While West Africa's success is partially due to some uncontrollable factors, like age, the region's experience does provide some key ideas for other developing countries struggling with the coronavirus, like Brazil or India. While the population sizes are quite different, the models are still able to be scaled up with adjustments. These countries could initiate national pandemic control centers, like those in Sierra Leone, to help coordinate their nations' COVID response and attempt to get the infection under control. In addition, for future pandemics, the West African model could serve as an example of what early lockdown efforts can do, helping motivate other countries to take the same proactive approach.

Regardless, the experience of West Africa with COVID-19 is a unique reminder of a certain phenomenon in international relations. West Africa, and indeed many African states, have long been discounted as prone to endless crises, like hunger and disease, without any way to stop it. But Ghana, Senegal, Sierra Leone, and more have shown the world that this region should no longer be counted out. Rather, it has the potential to innovate and serve as a model to resolve humanitarian crises across the world.