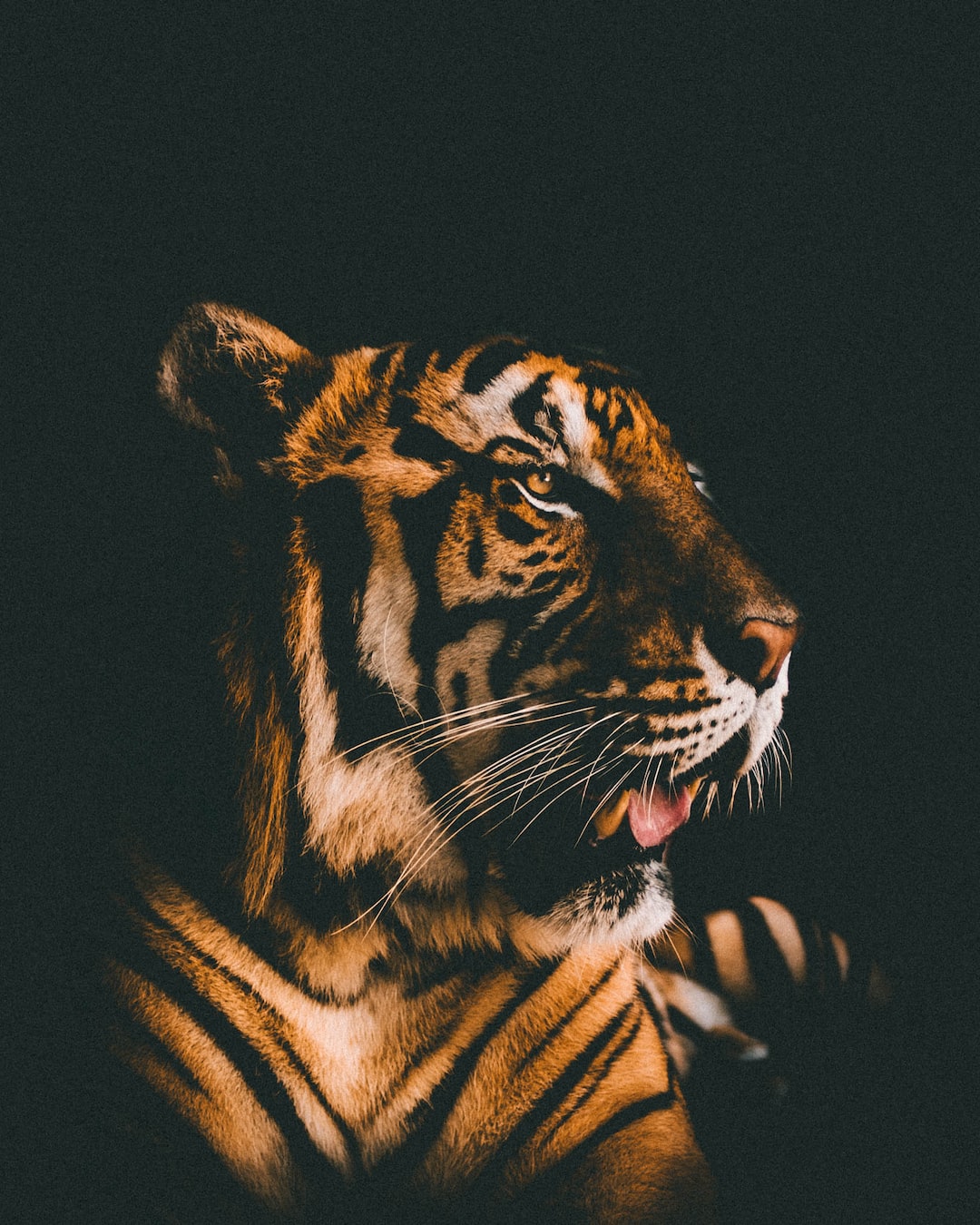 Tigers on the Prowl

South Korea, Japan, and the Futility of Symbolic Disputes

East Asian relations have long baffled Western observers, to disastrous effect. The Allies in World War II failed to understand Japanese involvement with the Axis powers as an alliance of convenience, inspiring unjust parallels to Nazi Germany. Likewise, Kennedy’s “whiz kids” could not avert the Vietnam War because they so fundamentally misunderstood the Sino-Vietnamese relationship. The story is very much the same today, only with different actors: confounding US policymaking in the region, Japan and South Korea have been at loggerheads for decades.

On the surface, tensions between the two countries may seem surprising, especially given their similarities and shared international goals. Both countries are threatened by Chinese aggression and expansion in the region as well as by North Korean nuclear aspirations. They rely heavily on one another economically due to their proximity, history, and advanced economies. They maintain strong bilateral relations with the United States from trade agreements to military exercises. How, then, is it that relations between Japan and South Korea have deteriorated so significantly?

Most of the resentment between the two countries stems not from their current situation, but from the aftermath of decades of Japanese colonialism in the early 20th century as well as Japan’s involvement in World War II. The Japanese Empire ruled over Korea from 1910 to the end of World War II in 1945, when Allied forces liberated the peninsula. During Japanese rule, an estimated 5,400,000 Koreans were shipped across the Japanese Empire as forced laborers. Many were forced to flee Korea as a result of discrimination and the seizing of assets by the Japanese Empire. Additionally, Koreans were subjected to gross human rights violations during the period, including the infamous forced sexual slavery of Korean women for Japanese soldiers, known as “comfort women”. All of these acts are continued sources of tension between the two nations.

The nations brokered an official postwar reconciliation agreement in 1965, reestablishing relations. While many in the Japanese government and Japanese population viewed this deal as the final settlement, the Korean government saw and continues to see the deal as the starting point for future war reconciliations. This central disagreement frames most of the subsequent tension between Japan and South Korea.

Recently, various reparations conflicts have further soured relations. While there have been minor diplomatic conflicts between the two countries since the 1960s, the frequency and intensity of such issues has increased exponentially in the past few years. Reparations for Korean comfort women have been an ongoing legal and diplomatic battle for the last three decades. The issue initially reignited after Japan established the Asian Women’s Fund in 1994 as a response to South Korean calls for comfort women reparations. South Korea rejected the gesture, claiming that Japan merely accumulated funds rather than contributing money themselves. Japan established another fund in 2015 after renewed tensions (this time with money directly from the Japanese government). However, South Korea ended the program in 2018, claiming mismanagement and lack of attention to victims’ needs. The Japanese government responded in kind, claiming that the language of the 2015 agreement permanently ended any legal renegotiation of comfort women’s reparations.

Japan went on to frame recent South Korean demands as a violation of legal agreements and international justice norms. When the South Korean Supreme Court ruled in 2018 that Nippon Steel & Sumitomo Metal would have to compensate plaintiffs US$90,000 each as a result of forced labor during World War II, Japanese officials argued that the 1965 agreement had adequately compensated victims. They also said that the demand was in violation of international justice accords; a local justice system, they claimed, could not charge another country for reparations in this way. Although both political climates are generally more restrained than Western observers are accustomed to, tempers have flared—Japanese foreign minister Taro Kono called South Korean statements on comfort women “totally unacceptable.” Japanese ministers felt that their reparations programs had had the support of the international community, making the imbroglio particularly painful for them. In response, some critics have suggested South Korean President Moon Jae-in’s newfound animosity toward Japan is merely a diversion away from a slowing economy and falling approval ratings.

Recent developments also continue to stoke the dispute between Japan and South Korea. In December 2018, Japanese officials alleged that a Korean ship used radar targeting on a Japanese plane, pointing out that locking onto a target is an act of military aggression by South Korea (because it is only a step away from firing). For its part, South Korea has vehemently denied both of these claims. Additionally, South Korea conducted military training exercises on the Liancourt Rocks in the Japan Sea. Although these islands legally fall under the sovereignty of South Korea, Japan claims them for itself. Japanese officials responded negatively to the exercises and viewed them as further acts of aggression by the Moon government.

The recent deterioration of relations between the two countries has created cause for concern. Given their trade and strategic partnerships, greater conflict between the two nations could have devastating economic consequences; already, both nations have fired their opening salvos. South Korea has given greater priority to trade with China. Similarly, Japan has pivoted toward development projects and trade agreements with South and Southeast Asian nations instead of South Korea.

Given their shared security concerns in China and North Korea, deterioration of relations could harm their collective interests as well as Western hopes in the region. While Moon is more optimistic about friendly relations with North Korea, Japanese Prime Minister Shinzō Abe still views North Korea as an existential security threat. This North Korea question has no precedent; never before has there been such a president in South Korea so willing to work with his or her counterparts north of the 38th parallel.

The growing battle between the two nations could also be viewed in a wider ideological lens. Moon is a liberal, looking to reverse largely conservative deals with the Japanese government. Some conservatives in Korea have since been criticized for having overly friendly relations with Japanese officials. Moon’s base—left-leaning groups and pro-government labor unions—also largely oppose the Japanese government, making it difficult for Moon to pursue any other course of action even if he wanted to. Compounding this dynamic, in order to combat dwindling domestic support, Moon has largely shifted his focus to foreign affairs and reparations issues. Abe, on the other hand, is a staunch conservative; many critics accuse him of being a historical revisionist and a nationalist. On several occasions, Abe has denied Japanese wrongdoing in World War II, claiming comfort women were actually just volunteers and overruling the Japanese government’s decades-long stance that it constituted sexual slavery. Further, he denies that the infamous Nanjing Massacre of 1937 ever happened, and has honored Japanese officials who were convicted of war crimes.

Abe’s rhetoric feeds into long-standing ethnic tension between Koreans and the Japanese: many Koreans in Japan still cannot obtain citizenship and continue to be treated as second-class citizens. And where possible, the public has taken matters into its own hands. Zaitokukai, a far-right Japanese nationalist group founded in 2007, has been condemned by the international community for hate crimes against Koreans. Their rallies often feature nuanced, rational messages like “Koreans should be massacred.” Unfortunately, the feeling is mutual. Around 79 percent of South Koreans view Japan’s influence negatively, second only to citizens from China.

But despite tensions boiling over, cultural exchange remains an important point of contact between the two nations. The Korean Wave, the term for the proliferation of Korean media, has taken hold of Japan. Many younger Japanese citizens have a more positive perception of Korea and Korean culture than do their elders; many “K-pop” artists and “K-dramas” are particularly popular. Similarly, after the ban on Japanese media was lifted, Japanese anime and other media spread across South Korea. While some hope that younger generations can bury their parents’ strife, others fear that the damage could be irreparable.

The generation divide can also be explained by the salience of Japanese reparations, which mainly affect older generations of Korean and Japanese citizens. Most of Japan’s resistance to South Korea’s insistence to pay further reparations stems from their belief that they sufficiently atoned for the war in the 1965 agreement. Many perceive their focus on legal documentation as callous and dismissive of egregious atrocities. The Japanese government maintains that they are being continually punished for crimes they have already acknowledged. At this point, reparations are more about pride than finance—Japan could pay them many times over. But particularly to a generation that still remembers the mid-20th century, the prospect of acknowledging fault remains unappealing. Of course, South Korea’s extrajudicial demands for reparations and snubbing of previous reparations are also influenced by intense nationalism. Because Moon has encouraged wartime resentment, Japanese reparations have become increasingly politicized in South Korea as well.

Despite frosty relations, the stability of East Asia is largely dependent on the strong relationship between Japan and South Korea. Relations between the two nations have never been particularly warm by any standard. However, they have, until now, been strong enough to serve as a united front with their Western allies against China and North Korea.

Though most of these conflicts are nominally about victims of horrific crimes, ironically, myopic nationalism undermines the interests of victims and instigates harmful ethnic conflict in both countries. Previously, both governments ignored comfort women’s policy suggestions. In light of that fact, it is clear that the conflict is more than a simple matter of reparations. But shots across the bow can only go on for so long before a misfire. Now more than ever, we need bilateralism between South Korea and Japan to resolve decades of humanitarian disputes and present a coordinated East Asia policy.