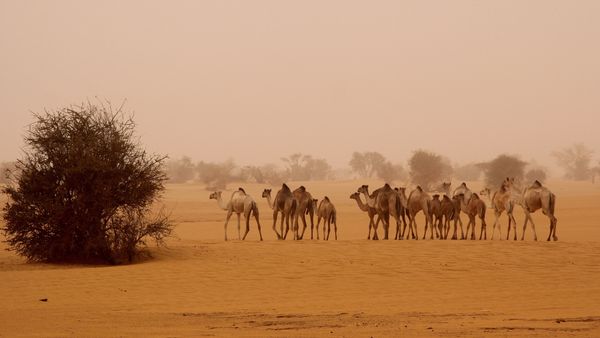 Sudan is no stranger to revolution. The nation has overthrown two military regimes in October 1964 and April 1985, and the same rallying cries for freedom and justice are still echoing today.

On April 11, 2019, the Sudanese military ousted President Omar al-Bashir after almost three decades in power. The coup followed months of anti-government demonstrations over human rights abuses and rising food, medicine, and fuel costs that dismantled the livelihoods of millions.

A transitional military council under General Abdel Fattah Abdelrahman Burhan replaced Bashir, but the prospects of peace and a civilian-led government remain uncertain. As economic and political instability sweeps the nation, the stakes in preventing yet another relapse into authoritarianism are high.

In order to make the third revolution succeed, coalitions must be formed to prevent social factionalism and stabilize civil-military relations, while international actors must increase financial support to encourage the expressed goals of such coalitions.

Much of the political and cultural differences that are seen within Sudan today hark back to colonial exploitation, as Arabs from north of Khartoum were indiscriminately grouped together with hundreds of minority groups like the Fur, Zaghawa and the Masalit, each with their own interests. There are now more than 120 registered political parties in Sudan.

The revolution so far has united Islamists, secularists, traditional parties, and progressive groups, but social factionalism has contributed to democratic breakdown following the past two revolutions. In order to avoid that outcome, the coalition must seek to include parties like the Sudan Revolutionary Front (SRF), which did not sign the Forces of Freedom and Change declaration back in January. Progress has already been made on that front, as the SRF has declared that it will cooperate with the transitional authority. Further partnerships will be made possible in recognition of the common interest in building peace and preventing future conflict.

Another layer of tension stems from the military’s pervasive presence in politics for nearly four decades. On April 24, 1990, for example, the armed forces attempted a coup the moment that the National Congress Party began to restructure and change military doctrine. That presence also extends to economics, with the military intent on maintaining a steady flow of revenue from the nation’s oil industry. The Sudanese military will always seek to protect its interests, which makes a careful balance a necessity.

The Rapid Support Forces (RSF), a paramilitary organization with a ruthless history, played a significant role in the removal of Bashir, and civilian movements will need to acknowledge their presence going forward. One way to do so is through an institutionalization of the RSF as a new branch of the military joint staff, which would enable secure civilian oversight while also bringing more legitimacy to the group. Careful and well thought out moves that avoid upsetting the multiple armed groups in Sudan will ensure that the military does not sabotage a safe transition to democratic governance.

Parallels with the Arab Spring

Beyond Sudan, consideration of the successes and failures of regional revolutions can help guide future movements. The Arab Spring, for instance, was not a one-off event in the early 2010s, but rather the first phase of a revolutionary movement that spread across the Middle East and North Africa, and many lessons can be drawn from it.

Failure to bring about democracy in countries such as Libya, Yemen, and Syria all point to the dangers of weak institutions and hollowed civil societies. In present-day Sudan, the lack of social and economic development explains why it sees such brittle political systems. There is great need for economic reform, which is closely related to the actions of external actors.

The US designated Sudan as a state sponsor of terrorism in 1993 over allegations that the government under Bashir was supporting groups like the Abu Nidal Organization and Hamas as well as local insurgencies in Uganda, Kenya, Ethiopia, Eritrea, and Tunisia. That designation effectively cut the nation off from financial markets like the International Monetary Fund and the World Bank. Sudan still has that marker, in spite of actions like cooperation and extensive dialogue with the US and the EU over counterterrorism and ratification of major international protocols against terrorism.

The US should remove Sudan from the list to enable the international community to increase financial and technical support for the country in this time of crisis. The concern that Sudan is still complicit in the destabilizing exchange of weapons with its neighbors is notable, but only reaffirms the need for the development of institutions that can bring stability to the region at large. International support could greatly assist the current trend toward youth entrepreneurship in Sudan, which would ameliorate corruption within institutional networks. The importance of a stabilized economy cannot be understated in these times of instability and insecurity.

What has already been accomplished within Sudan should not be dismissed, but there is still much to accomplish on the road to a civilian government. Democracy will not happen overnight, but it is within reach—if the opposition is able to make compromises and embrace ideological flexibility to unify the nation against the forces of repression.