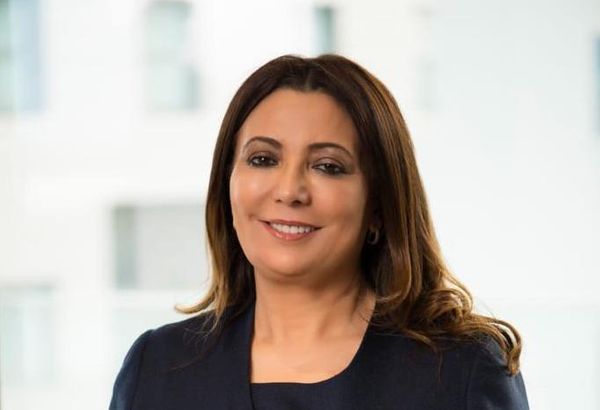 Ouided Bouchamaoui is CEO of Hédi Bouchamaoui Group (HBG Holding). She served as President of the Tunisian Confederation of Industry, Trade, and Handicrafts (UTICA) from 2011 to 2018. After the Jasmine Revolution in 2011, Bouchamaoui co-founded the Tunisian National Dialogue Quartet amidst Tunisia’s civil and political unrest in 2013. Alongside leaders of three other prominent civil society organizations, she was a central mediator in the negotiation to preserve Tunisia’s democratic gains and ratify a lasting constitution. In 2015, Bouchamaoui and her co-founders received the Nobel Peace Prize for their work. Tunisia is now considered the only democratic country in the Arab world.

You are a very powerful and accomplished businesswoman in Tunisia. Can you tell me about your journey to becoming President of the Tunisian Confederation of Industry, Trade and Handicrafts (UTICA)?

I'm from the business community. My grandfather was an entrepreneur, and my father was, too. My education was very important to him. He was my mentor, my educator; he taught me how to listen to others, how to negotiate, how to deal with business, and how to be a leader. He educated us the same way, boys and girls. Thanks to my father, I am following this path.

For me, this is a time to prove to others that we have the capacity to manage, to deal, to be number one. I didn't feel that I was less than men. In 2011, after the Tunisian Revolution, I was elected as the President [of UTICA]. When I got this opportunity to manage the Tunisian Confederation, I was the only woman on the board. It depends not on whether you are a woman, but on what you have in your mind.

I was the first woman in the Arab world to be president of this kind of community. I was elected by majority men. But they elected me, not because I was a woman, but because they saw in me the capacit[y] to lead.

How did you use your platform as the first female President of UTICA to advocate for change? What difference did you want to make?

So I contacted the General Secretary of the Union, and I said, “Let's sit around a table, and let's start this new relationship.” There was always anger because people thought that the business community benefited from the previous regime. For me, it was very important to reshape this image of the business community and to have a strong partnership with the Union.

As we engaged in discussion, we saw the number of conflicts decrease. The most important success in my career was this relationship with the Union, because I built a new kind of social process and dialogue.

You mentioned the Jasmine Revolution. To what extent did the revolution change the goals that you had for yourself and for your country?

The year 2011 was very important in my life. We went from a dictatorship to a democratic country with free elections. What is very important is that [democracy] was a 100 percent national product: what was done in Tunisia was done by Tunisian citizens with no international intervention. It was done without any political leadership—it was done by the population.

Under the [former] regime, there was no freedom. There was no free media. We had just one party, one president. We had economic problems and very high unemployment rates. There was no equality between cities and the government. So people went to the streets and they asked for dignity, for freedom.

This wave of freedom was something that belongs to Tunisia. We did it in a very peaceful way when you look around the region at Libya, Yemen, and Syria. We succeeded in having a democratic constitution and fair elections. We have different parties. We have opposition. We can criticize everyone. We have personal freedom.

I'm so proud to say that in Tunisia, we were able to spread a message everywhere that an Arab and Muslim country could be a democratic country without violence, without war, and without conflict.

You talk about being proud of Tunisia and your fellow Tunisians after the 2011 Revolution. What inspired you to then found the National Dialogue Quartet in 2013?

In 2013, two years after my election, there were two political assassinations of [members of] the opposition in Tunisia. We were afraid that we would lose our democracy. The government of the time was responsible and they had to resign. We felt that we were going to lose everything.

We wrote a communique, a kind of roadmap. In this roadmap, we put six points that we would ask for, including the constitution, democracy, technocratic governments, among others. We put what people asked for, what the majority of Tunisia asked for. And we told [politicians], please sign this roadmap and let's negotiate. It took us at least seven months to negotiate with the parties involved—more than 1,700 hours of negotiations.

Of course, in seven months, we had difficulties. Sometimes we felt that there was no solution. We stopped the negotiations twice, once for two weeks and once for a month. We used one-on-one negotiation to convince everybody that our first priority was to save the revolution, to save the democratic transition, to have a democratic election, and to build a democratic country.

This was the heart of the negotiations. Around the table were at least 50 people. It was exhausting when we were in this process. We forgot our ego, we forgot our organizations, we forgot our families, we forgot our businesses, we forgot everything. We just concentrated on how we could find a solution as soon as possible. People were reaching for us.

Throughout this seven-month negotiation process, many people left the table and didn't want to negotiate. How did you convince them to come back?

When we started this dialogue, we told [the parties involved] that for each decision, we needed unanimous consensus. That's why it took seven months. For each point, we had to prepare to have a one-to-one negotiation, a one-to-one discussion, a one-to-one meeting to challenge and to convince.

Our goal was an initiative from and for the people, so all of them had to agree on this roadmap. We won, but it was hard for me and my colleagues. Politicians used social media to intimidate us and to spread fake news. I was harassed. I was threatened. They didn't want this dialogue to succeed. They said, “you don't have the legitimacy to speak.”

You say you won, and you did: you saved democracy in Tunisia. You also received the Nobel Peace Prize with the Tunisian Dialogue Quartet for this accomplishment. If you reflect back on everything you have accomplished, what are you most proud of?

We made Tunisia known everywhere. People recognized that democracy was possible in our region and in our country. They saw that we can deal with dialogue and that dialogue is possible even in difficult times. The majority didn’t know where Tunisia was. It was a way to say, yes, we are able to deal by ourselves and to avoid conflict. With this Nobel Peace Prize, we were able to put Tunisia on the map.

Do you have advice for young people, and especially young women, who also want to create a more peaceful world?

Buehler spoke with Bouchamaoui on February 22, 2022. This interview has been lightly edited for length and clarity.