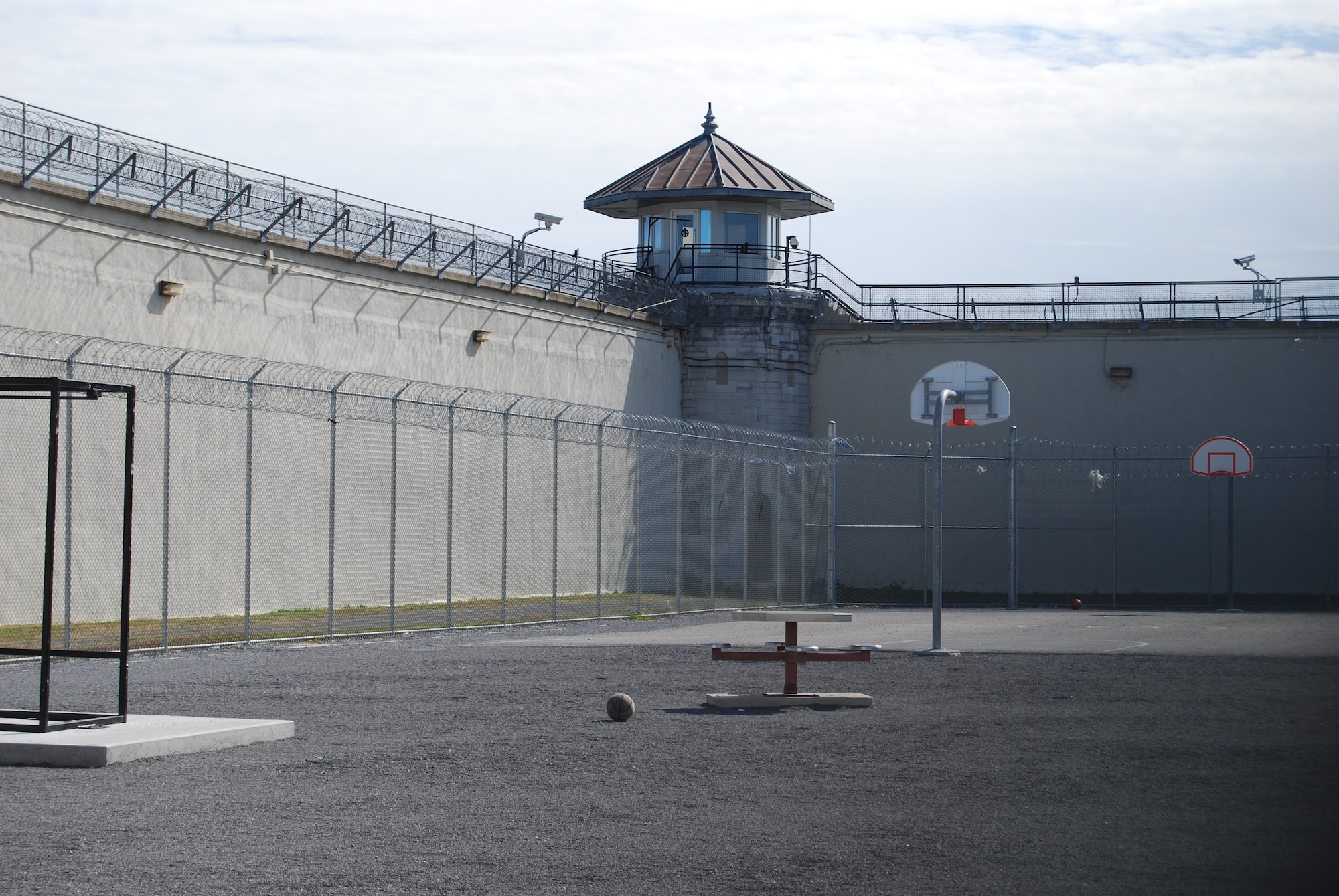 The COVID-19 pandemic has highlighted structural inequities in many ways, namely through its disproportionate impact on the physical and psychological health of communities of color. It has also expanded the use of prison labor, as nearly every state in the United States has announced that it is relying on incarcerated populations to manufacture protective equipment, wash potentially contaminated hospital laundry, disinfect cleaning supplies, and dig graves. All the while, prisoners are denied access to hygiene products and basic medical care. In spite of the nation’s dependence on prisoners, it continues to view their lives as disposable.

The United States has a long history of failing to provide labor protections and paying little-to-nothing for incarcerated labor, akin to modern-day slavery. It is not surprising that these operations have roots in Black chattel slavery. In the post-Civil War Reconstruction era, former slave owners in the South sought to replace the labor force that had worked for free under antebellum conditions. Southern states created the “black codes,” a set of discriminatory laws that criminalized the everyday activities of former slaves so that they could be conveniently leased to work on private plantations, coal mines, and railyards. These practices were constitutional because of the loophole written into the Thirteenth Amendment that permits enslavement as a punishment for crime: “Neither slavery nor involuntary servitude, except as a punishment for crime whereof the party shall have been duly convicted, shall exist within the United States, or any place subject to their jurisdiction.”

As a result, more African Americans were sent to prison than ever before, and states put prisoners to work through the practice of convict leasing, in which prison labor is provided to private parties. Black prisoners were again living and working on plantations for no pay while states and corporations profited off of their subjugation. In 1882, for instance, nearly one in six Black prisoners died. Working prisoners to death was so common that not even one convict lived to serve a sentence of 10 years or more. On an average day between 1885 and 1920, it was found that anywhere between 10,000 and 20,000 prisoners worked in these cruel circumstances, the overwhelming majority of them Black Americans. In 1979, Congress created the Prison Industry Enhancement Certification Program, which allowed state officials to work with private industries to produce prison-made goods. This act marked the onset of the modern era of prison labor.

The system has since grown. Today, prisoners are still performing free or extremely underpaid labor, which enables companies to make a profit while subsidizing the cost of incarceration for states. Ironically, prison labor reinvigorates economic nationalism, as companies can brand their products as “Made in America” to appeal to customers and respond to calls to stop outsourcing domestic jobs. Using incarcerated people to make those appeals, however, fails to address the plights of domestic workers at best and papers over systemic racism and oppression at worst.

The expansion of prison labor might seem to preempt a similar expansion in legal rights and representation for incarcerated populations, including environmental and occupational safety standards. Nevertheless, courts have ruled that incarcerated workers are not protected under the Fair Labor Standards Act or the National Labor Relations Act based on the reasoning that the penal context distinguishes their work from traditional market-based employment. As a result, incarcerated workers do not have access to wage and working condition protections. The idea that this labor can actually be beneficial to prisoners because they have a chance to work and develop skills ignores how they are subject to exploitation that would otherwise be deemed inhumane. Work experience in itself is not redemptive. Moreover, if an inmate is cleared to work but refuses to do so, potential punishments include solitary confinement and loss of family visitation rights. The typical compensation of a few cents per hour is not nearly enough to cover court fees and fines, child support, or restitution. Prison labor fails its stated rehabilitative goal if it keeps people indebted to the system.

The United States does, however, criticize prison labor in other countries. It has investigated and denounced the use of prison labor in China, for example, with U.S. authorities blocking imports suspected of being made with convict labor. The Smoot Hawley Tariff Act makes it illegal to import products made through “convict labor or forced labor.” That said, there is no parallel statutory provision that prohibits such products from being exported. Inmates in Florida have made products that were sold to Trinidad, Nicaragua, and the Dominican Republic. Oregon’s multimillion-dollar export of jeans to Italy and Japan was advertised with the slogan “Prison Blues: made on the inside to be worn on the outside.”

Experts have characterized US pressure on China as “a major driver for change,” but how can that be the case when the US is itself beyond complicit in similar practices? Some draw a distinction between the transparency of the US and Chinese governments when it comes to prison labor, with the former subjecting detainees to more transparent judicial processes and review than the latter, but it is worth exploring whether or not these discrepancies exist and carry weight.

Re-education through labor, or laogai, is a Chinese labor camp system used to detain those accused of “civil disobedience,” as the government terms it. Established in 1949, the system has primarily been used to punish people for their political activities or religious beliefs under the guise of personal and ideological transformation. On November 15, 2013, China announced that they would abolish laogai, but research has shown that the key aspects of the system remain.

Old labor camps have been “adapted” for the public eye, but this can consist of as little as a change in name. For example, some camps have been re-labelled as drug rehabilitation centers, but offer little in the form of rehabilitation and operate almost identically to laogai. Authorities have also expanded the use of black jails and brainwashing centers. Black jails are unofficial detention facilities, often set up in state-owned hotels or abandoned buildings, to incarcerate petitioners seeking redress for abuses like illegal land grabs. Brainwashing centers, sometimes officially referred to as “legal education classes,” are designed to coerce spiritual and religious minorities to renounce their beliefs. Torture is rampant in both. Detainees have reported being beaten, denied access to food, and injected with unknown drugs all while performing forced labor. Zhang Lianying, who was sent to labor camps three times for refusing to renounce her religious beliefs, was subjected to the rack, a centuries-old torture device, over twenty times for days at a time.

Recently leaked government documents have confirmed that hundreds of thousands of Uyghurs have been detained in these prison camps. The reports include instructions that demonstrate that the camps are made to run as high-security prisons with strict disciplinary procedures. The scale of these operations is similarly jarring, with one document revealing that 15,000 indigenous Uyghurs from southern Xinjiang were sent to the camps over the course of a single week in 2017 due to purported separatist and terrorist threats. Broadly speaking, roughly 800,000 to two million Uyghurs and other Muslims, including Kazakhs and Uzbeks, have been kept in detention centers since early 2017. Detainees are only considered for release when four committees see evidence that they have been “transformed,” a vague and manipulable standard. Government officials and ambassadors continue to claim that the camps are exclusively for the purposes of voluntary re-education and vocational training in spite of the fact that most detainees are never charged with a crime or given the chance to challenge it. Their only crime is being Muslim.

The roots of these operations are not solely ideological. Xinjiang, home to China’s largest coal and natural gas reserves, is considered an important link in the Belt and Road Initiative. The government is hoping to enjoy the benefits of resource extraction and development while not only denying any such benefits to Uyghurs, but also mandating that those who were arbitrarily detained perform labor and work in factories throughout China. Similar to the United States, factory owners are switching to forced labor in detention centers and prisons in order to keep production costs down.

Also similar to the United States, prison labor is neither well-regulated nor transparent. Prison industries are often obscured within global supply chains, and sourcing companies only perform cursory reviews of their major suppliers. In China, some relationships are so formalized that prisons will have sister factories that use commercial names in order to conceal the use of forced labor from clients. As a result, performing due diligence on suppliers requires costly work that brands disregard in favor of production timeline concerns. Countries and multinational corporations will not invest in improving their supply chains or upholding international law if the issue remains intractable and opaque. Legal mandates that require companies to routinely and thoroughly audit and publish the conditions of laborers in their supply chains are necessary, but they alone do not go far enough.

From Punitive to Transformative Justice

Even with increased transparency and international pressure, more needs to be done to invest in supporting incarcerated people globally and preventing incarceration to begin with. Proposals to reform prison labor fall flat because they ignore how the global prison-industrial complex sustains the oppression and elimination of marginalized populations. Every iteration of prison labor has only functioned to strip away the identity and humanity of prisoners and view them solely in terms of their capacity to produce. Even with a generous reading of forced labor as made to benefit prisoners, it has been well-documented in the United States that these programs do not lead to job opportunities upon release. The label of “former prisoner” alone is enough to cement lifelong stigma and shame. If the stated goal of prison labor is to expand opportunities for education and training, investments should be made directly into communities rather than turning to prisons as the solution to every societal problem.

Meanwhile, negligence of the detention and genocide of minorities in China again represents how political and economic calculuses precede justice. International sanctions and export controls cannot be riddled with hypocrisy or an unwillingness to recognize the violence of mass incarceration if they are to be successful.

While the stories of Black communities in the United States and political and religious minorities in China are obviously distinct, they both reveal how mass incarceration is a form of social control that contributes to the problems it claims to resolve. Officials claim to want to reduce harm, but underlying motivations result in the construction of more prisons and policies that legalize and require arbitrary criminalization. They destroy more lives than they claim to protect.

If rehabilitation has thus far proven impossible within prisons, we have to ask ourselves: what are prisons really for?