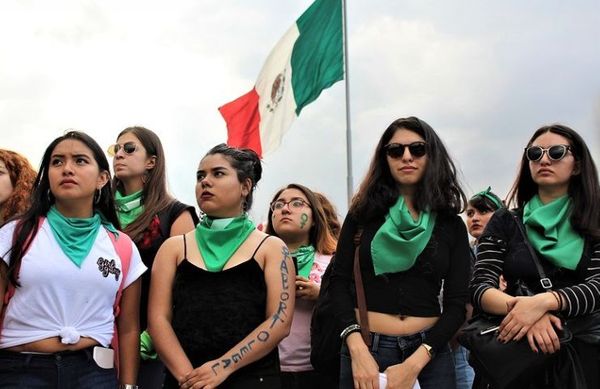 The Price of Pro-Life: Assessing The National Economic Benefits of Legalizing Abortion

As anti-abortion legislators in Texas, North Dakota, Utah, and eighteen other states eagerly await the Supreme Court’s upcoming decision on whether or not to overturn Roe v. Wade, protestors in Latin America are fighting for the chance to move in the opposite direction. And right now, they’re winning. On September 7, 2021, the Mexican Supreme Court ruled the criminalization of abortion to be unconstitutional, paving the way for women to turn to, rather than away from, medical professionals when seeking access to an abortion. Given that the criminalization of abortion takes personal agency away from women and forces them to carry a child to term or seek illegal and thus dangerous abortion services, protestors have advocated against it by claiming it to be a violation of human rights. However, that is not the only argument to be made for decriminalizing abortion. A comparison of Mexico, where abortion has recently been legalized, and El Salvador, which still maintains a total ban on abortion, demonstrates that there is also a notable economic argument to be made for legalizing abortion. If the case for basic human rights is not a sufficient appeal for countries and states with conservative legislators, then perhaps the understanding that criminalizing abortion is taking a costly toll on the country’s medical system and overall GDP growth might be.

Within Latin America, El Salvador stands out as one of the few countries where abortion is not only illegal—even in cases of rape, incest, and high-risk pregnancy—but where women who have been suspected of having an abortion, or even suspected of wanting an abortion, are actively pursued. As a result, even women who have suffered a miscarriage become government targets. If tried and found guilty of aborting their child, many will spend decades in prison suffering from isolation, harsh prison conditions, and further complications of their miscarriage or unsafe abortion.

From 2000 to 2019, 181 such women were prosecuted and incarcerated. Manuela was one of these 181 women who, in 2008, found herself behind bars after suffering from a life-threatening miscarriage which forced her to go to the hospital. Despite explaining the traumatic experience of her miscarriage, the doctor suspected that she had tried to terminate her pregnancy. Within months, Manuela was sentenced to thirty years in prison where she lived only two years before dying from untreated lymphoma.

Although the Inter-American Court of Human Rights ruled in 2021 that El Salvador was responsible for Manuela’s death and that they violated her rights, women suspected of having abortions continue to be imprisoned. Although the work of pointing out these consistent human rights violations is crucial, it typically only brings remediation on a case-by-case basis. As litigators struggle to keep up, the underlying problem in El Salvador of treating abortions as criminal and punishable acts remains. As such, human rights activists might benefit from raising an additional point—no one benefits from debilitating women, especially not the country’s economy.

As Yana van der Meulen Rodgers, a health economist from Rutgers University, reported in 2021, not only do restrictive abortion laws burden women with considerable financial costs, but they burden national governments as well. When abortions are criminalized, women are forced to resort to dangerous alternatives and they also tend to delay getting them. This inherently increases the risk of the procedure. Additionally, many women who have suffered a miscarriage avoid going to the hospital, knowing that they may be wrongly accused of having had an abortion. The consequence, in either case, is higher medical costs when women do ultimately decide to get treated. In fact, more than half of the budgets that Latin American countries allocate to obstetric care are used for medical treatments following unsafe abortions. For example, the average total cost of post-abortion care (PAC) in Colombia is US$972. This is equivalent to 18 percent of Columbia’s annual per capita GDP. Included in PAC is both curative care to treat post-abortion complications as well as preventative care such as the provision of birth control to prevent future unwanted pregnancies. PAC costs are significantly lower in countries where abortion is decriminalized because curative care is usually unnecessary. As an alternative, funding modern contraceptive supplies for one woman for a year would amount to just 7 percent of the average cost of treating a patient who requires PAC.

Intuitively it might not be obvious why increasing access to abortions would drive medical costs down. However, safe in-clinic abortions are easy, common, and inexpensive procedures. The current costs associated with abortion care are incurred primarily as a result of seeking unlicensed practitioners to perform an illegal and unsafe abortion usually late in a pregnancy term. A direct consequence of this is that 10 percent of all maternal mortality in Latin America and the Caribbean is caused by unsafe abortion. In contrast, unsafe abortion causes less than one percent of maternal mortality in East Asia, a region with less restrictive abortion laws. In 2007, when Mexico legalized abortion just within the first trimester, the country saw an immediate decrease in hospitalizations. As Damian Clarke, a health economist at the University of Chile, notably points out, “There have been very few public health implementations where you see that it cuts morbidity in half with just one law change.”

While there is an ethical reason to be made for legalizing abortions, the instant mortality reduction should also alert governments, especially those in developing countries, about a pool of missed savings. Not only would decriminalizing abortion reduce the country’s healthcare costs and allocation of resources to treat extreme blood loss and other complications of unsafe abortions, but it would also allow more women to enter the workforce and raise the country’s GDP per capita. As Rodgers reports, “liberalizing abortion laws can have positive spillover effects for women’s educational attainment and labor supply.” Furthermore, she notes that “access to abortion services contributes to improvements in children’s human capital.” Legal abortion allows women to decide when to have a child or when not to. As such, abortion access not only affects a woman’s economic circumstances and her social life, but also the environment into which children are born. Research has shown that the legalization of abortion in the US has not only reduced the cases of child neglect and abuse, but also the number of children who lived in poverty. Access to abortion even “improved long-run outcomes of an entire generation of children by increasing the likelihood of attending college and reducing the likelihood of living in poverty and receiving public assistance.”

Of course, where the US previously served as a source of inspiration for Latin American pro-choice activists, the recent Supreme Court vote to overturn Roe v. Wade may encourage women in the US, especially in states with trigger laws, to draw inspiration from Mexico and Argentina on how to find access to an abortion—and neither the health nor economic prospects of this are promising. With the decision of whether to legalize abortions being left up to the states, trigger laws in thirteen states will leave women without a clear and safe way of terminating their pregnancy if they find themselves in need of doing so. Given that most families in these states live in rural areas, the process of getting access to safe abortions will be complicated even further.

As pro-choice activists around the world strive to legalize abortion, and as the US grapples with the implications of overturning Roe v. Wade, it might be time to consider the national consequences of criminalizing abortions. Safe abortions have already been shown to improve health and socioeconomic outcomes for women and for the children they choose to have; now there is one more economic argument for legalization.