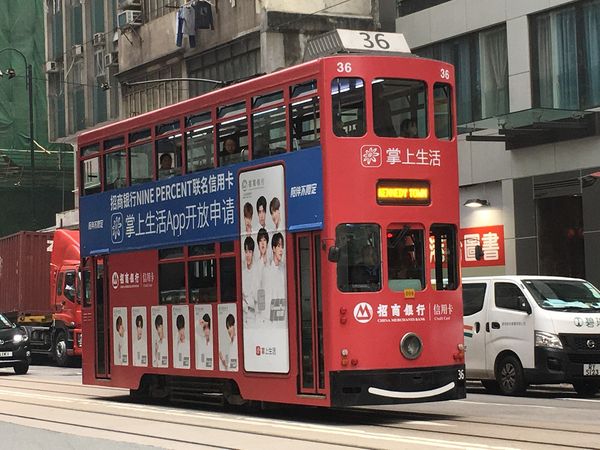 The Politics Behind the Chinese Idol Industry

Nothing is separate from politics in the People’s Republic of China, including the entertainment interests of its youth. One of the biggest trends among teenage girls in mainland China is survival shows for idol groups, which are manufactured groups of entertainers trained in dancing, singing, rapping, stage presence, and fan service. The show doubles as a reality show and talent competition that culminates in the creation of an idol group typically composed of eight to twelve individuals who are chosen by viewers. The Chinese government supported the rise of these programs briefly, using them to leverage soft power on the global stage, a tactic South Korea and Japan have perfected. However, domestic concerns have overshadowed these foreign ambitions, and China has begun chipping away at the “idol economy” through censorship and funding restrictions.

The development of idol shows in China came as a response to the popularity of Korean idol survival shows such as “Produce 101.” The first idol show in China was “Idol Producer,” launched in early 2018 by the popular streaming service iQiyi. The program boasted some of the biggest names in Chinese entertainment among its judges, including two Chinese-born K-Pop stars. During its run, the idol trainees received over 100 million votes, as fans attended the show’s live concerts and bought sponsored items in order to support their favorite participants. The show launched the career of Cai Xukun, who received 47.64 million votes by the show’s finale. The pop singer—ranked 31st in Forbes 2020 China Celebrity 100—would go on to top music charts and star in popular variety shows. Soon after, iQiyi’s competitor Tencent released a similar idol show, “Produce 101,” bearing the same title as its Korean counterpart. The show was a massive success, even beyond what was experienced by “Idol Producer.” It totaled 4.3 billion views and received over 90 million mentions on the popular Chinese social media platform Weibo. To this day, it is still one of the most watched shows on Chinese television. First place Meng Meiqi received over 185 million votes, and second place Wu Xuanyi trailed only slightly behind with about 181 million votes. The idol trend continued for years beyond 2018. iQiyi followed “Idol Producer” with two seasons of “Youth With You” and around the same time Tencent launched “CHUANG,” a continuation of the competition model that defined “Produce 101.” Both shows were retitled due to copyright concerns but their successes were about equal to their predecessors.

It was during the most recent iteration of the Tencent series that foreign policy became entangled with entertainment. The new season “CHUANG 2021” was marketed towards an international audience. There were a sizable portion of international contestants, many of whom were from Japan. This is a replication of the model perfected by Korea. Former Korean president Lee Myung-bak had expressed his desire to blend culture with his foreign policy in the early 2000s. We can see the actualization of this goal in Japan, which is currently K-Pop’s largest foreign market, despite the tense relations between the two nations. China also shares a contentious relationship with the island nation and has seen limited success through traditional diplomatic routes. Tapping into the Japanese market through the inclusion of Japanese contestants is therefore beneficial both economically and politically. These efforts are apparent throughout the entire genre of Chinese talent competition programming—popular show Street Dance of China brought in some of Japan’s biggest names in its late 2021 season. While this is not the sole purpose of those shows, the CCP is heavily involved in the entertainment industry, and the structure of the new season is most certainly a deviation from previous ones targeted at the domestic market.

The success of the idol industry met its first hiccup with censorship. If one looks closely at the ears of certain trainees throughout “Idol Producer,” they will see blurred orbs over the trainee’s earlobes, an editing technique typically reserved for the profane. It seems that China’s conservative media regulator—the State Administration of Press, Publication, Radio, Film, and Television of the People’s Republic of China—took issue with the use of earrings by men, and mandated action post-production. Only a year later, in 2019, fans of iQiyi’s show “Youth With You” found an episode’s release delayed with no explanation besides the supposed implementation of “better stage effects.” When the episode was eventually released, all contestants with dyed hair were either cut out or were edited to have black hair. The production crew made no acknowledgement of these changes. This practice of editing dyed hair occurred before in 2017, but the decision in 2019 was still sudden and seemingly isolated to “Youth With You.” Both moves seem consistent with the CCP’s attempts to construct an ideal image of its men, related to their own conceptions of masculinity. Censorship increased, and in 2021, the Chinese government completely banned “niang pao,” an insulting slang word for effeminate men. Cai Xukun, winner of “Idol Producer,” was one of the individuals specifically given as an example of the look.

Idol survival shows took another hit in 2021 as China cracked down on fan behavior. In August, the National Radio and Television Administration launched a review of variety shows, promising reforms including “strictly restraining idol trainee shows.” The programs had become infamous for some of the irrational behavior of its “super fans.” Large fan clubs operate like for-profit companies, generating publicity, taking photos, and paying for subway advertisements in order to support their favorite trainees. One of the most important tasks of these groups is sourcing funds to buy extra votes. These extra votes come with the purchase of goods from sponsors, often leading to waste. The third season of “Youth With You” was canceled halfway through at the request of the government after videos of individuals pouring out yogurt drinks into street gutters went viral. The cartons came with QR codes for consumers to support their favorite idol trainees, but when fan bases bought the drinks in bulk for the sole purpose of buying votes, the perishable items went to waste quickly.

Waste is not the only harmful manifestation of this powerful teen love. Accounts dedicated to idol trainees sometimes began controversy for the sole purpose of gaining social media traction for the idol. Considering the importance of social media control for the CCP’s agenda, the purposeful instigation of controversial discourse was an especially important factor in its crackdown. Hacking was not an uncommon practice. Fights were frequent among different fan groups and even within them. The very format of the shows manipulated young girls for profit. By the end of filming “CHAUNG 2021,” over 100 million yuan had been spent supporting the top eleven trainees. The Chinese government condemned the programs for neglecting their social responsibility, and advocating inclinations such as “money worship, hedonism, quick success, and instant benefits.” The idol era was forced to meet its end.

While the restrictions may be a tragedy for the young teen girls who watch the show, it is also an important indicator for the rest of us. Chinese entertainment is a big industry. According to the accounting firm PWC, China’s entertainment and media industry is expected to bring in roughly US$436.8 billion in revenue by 2025. Idol shows alone are expected to generate more than 100 billion yuan. In addition to this economic potential, the industry was a promising way to exercise the soft power that South Korea has successfully managed to achieve through K-Pop and K-Dramas. The last “CHUANG” season was an attempt at this, as it included international trainees and Western judges and subtitles in a wide variety of languages. And yet, despite how enticing these economic and diplomatic benefits were, they were ultimately secondary to China’s larger domestic concerns. The construction of a masculine image and the shaping of youth behavior—both parental responsibilities—proved paramount. It reminds us that China’s ambitions are not as predictable as those of its democratic contemporaries. As important as it is for China to become a global power—a goal they are most certainly not neglecting—the domestic sphere comes first, and this includes policy choices that seem beyond the governmental sphere. The Chinese Communist Party has made it clear that the Chinese Dream will not come at the expense of virtue. 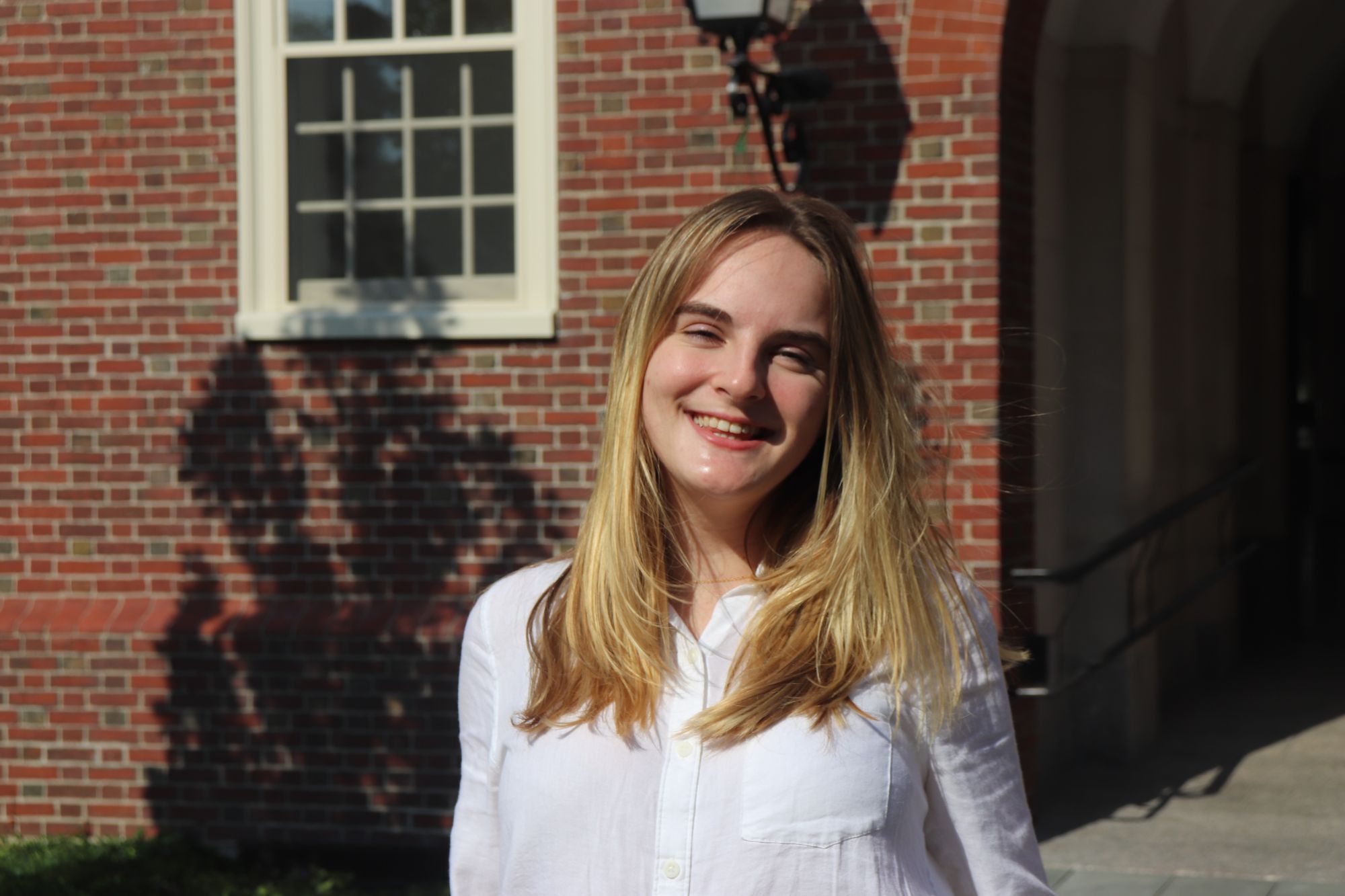 Ellen is a Social Studies concentrator from Southern Massachusetts with a special interest in the relationship between religion and politics.