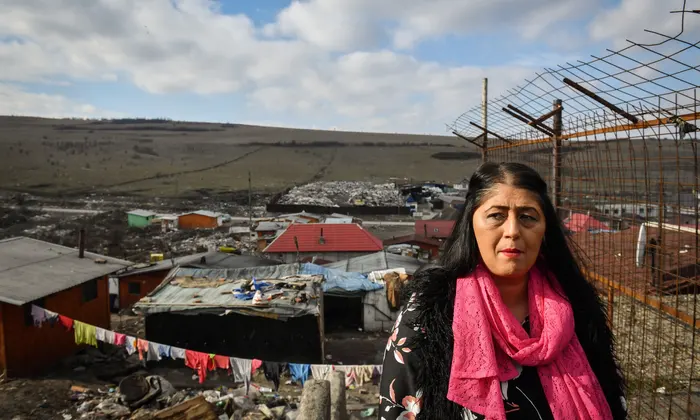 “Social Pollution”: The Pernicious Effects of Environmental Racism on Roma Communities in Europe

The European Union is often lauded as a champion of democracy, social welfare, and environmental regulation. However, for the six million Roma people in Europe, these ideals are empty promises.

The Romani people across Europe differ from each other in terms of culture, spoken language, and the name they call themselves. This article refers to these various groups universally as “Roma” solely to emphasize that all groups, no matter their country of residence, experience racial discrimination. The EU Fundamental Rights Agency reports that “80 percent of the European Union’s Roma live below the poverty line, 30 percent with no running water, and 46 percent without an indoor toilet or shower.” Additionally, the estimated life expectancy of a Romani person is 10-15 years shorter than the average life expectancy of the overall European population. This is not coincidental. No other group in Europe lives in comparable poverty because no other group is subject to such extensive segregation.

Discrimination against the Roma extends beyond economic disadvantage and adverse health outcomes. Structural injustice against the Roma also contributes to significant environmental racism, which will only have an increasing impact on Romani people’s lives. Environmental racism refers to “the institutional rules, regulations, policies or government and/or corporate decisions that deliberately target certain communities for locally undesirable land uses,” the consequence of which is “communities being disproportionately exposed to toxic and hazardous waste based upon race.” Roma often suffer displacement, forced relocation to environmentally unsafe areas, and systematic exclusion from basic sanitary resources. While many Europeans believe that Roma are responsible for the impoverishment of their communities and the degradation of their environment, systemic environmental racism is the cause of both. Unless environmental justice becomes a priority for European leaders and humanitarian organizations, environmental racism will continue to afflict and impoverish Roma people.

The migratory history of the Roma people dates back to the tenth century when Romani communities began emigrating from northern India. Over the following four centuries, the Roma made their way north to Persia, Eastern Europe, and Western Europe. While the Roma have long been stigmatized as an itinerant “gypsy” group, xenophobia has become the primary reason for their migratory lifestyle. From Turkey to England, European nations greeted Romani immigrants with hostility ranging from forced evictions to enslavement and death sentences. These atrocities continued into the 19th century and worsened when Roma became victims of the Nazis’ first sterilization experiments during World War II. Today, governments in the European Union have outlawed enslavement and death sentences, but subtler forms of discrimination continue to be lethal.

European Roma face two predominant forms of environmental racism; they are targets for the disposal and incineration of toxic waste, and they are systematically denied access to water and basic sanitation facilities. According to the EU Fundamental Rights Agency, Roma live in “overwhelmingly poor conditions at the margins of society and face extreme levels of social exclusion.” Many Europeans believe that Roma communities choose to live in these segregated settlements. Media sources and governing bodies reinforce such beliefs. For example, one Spanish newspaper wrote that, “In Spain, the Roma issue is nothing more than a watered-down expression for which no solution has yet to be found. Economic efforts and a long list of others have not had the expected effect with an ethnic group that […] has not managed to integrate as expected nor shows any will to do so in our society or in any other.” The article concludes by approving the actions of the Spanish government, saying that “Spanish society has been generous with the Roma, especially during the last several decades.”

Such heavily biased reports not only falsely determine the causes that impede the Roma from succeeding economically, but actively work to convince citizens and governing bodies that the Roma deserve this pernicious treatment. However, the Roma are limited in terms of self-advocacy and government eviction mandates don’t give them another option. The most recent report on environmental racism against Roma communities in Europe explains that government authorities routinely evict Roma communities to undesirable areas in the outskirts of cities, often landfills, to make room for new infrastructure projects and in an attempt to promote tourism. The strategic displacement of Roma people to highly polluted landfill areas is one of several forms that environmental racism can take. This type of racial discrimination poses one of the largest health and economic threats to Roma communities.

Pata Rât is the largest landfill-based slum in all of Europe. It lies six kilometers from the city of Cluj-Napoca in Northwest Romania. Most of the roughly 1,500 people who live in Pata Rât are Roma, making it one of the largest Roma communities in Europe. However, the Roma who live there do not all belong to the same group, nor did they all arrive at once. Instead, local authorities relocated them there in successive waves of forceful evictions from Cluj-Napoca. Nearly 40 percent of Pata Rât residents arrived in this way. Furthermore, government authorities deceived Roma evictees into believing that living conditions would compare to those which they enjoyed in Cluj-Napoca. As one reporter remarked, “the average living space in Pata Rât is 4 m2, one bathroom is shared between at least 17 people, and 30 percent of residents declare some physical illness since the eviction.”

These evictions, which force Roma to live and work in polluted environments, represent the point at which racial discrimination becomes environmental racism. The Romanian government attempts to justify evicting Roma by citing the valuable infrastructure it plans to develop in their place. This justification is often athinly veiled excuse for the widespread contempt for Roma people that has existed in the European community for centuries. Since their enslavement, Roma have been perceived as dirty and economically burdensome—in sum, as “social pollution” across Europe. A survey of native Romanians revealed that 36 percent of respondents believe that Roma ought to live separately from the rest of society. An additional 48 percent request that the state “take action on birth control” to limit the size of the Roma population. Such beliefs underlie the systematic oppression of Roma people.

Forced exposure to toxic waste is a deliberate and dangerous form of environmental racism. When Roma are displaced from their urban settlements, they lose both their homes and their jobs. In Pata Rât, Roma have no choice but to make a living as waste-pickers, sorting through the garbage that covers the areas where they live. However, the Pata Rât landfill is not solely composed of household waste. For the past several decades, nearby factories have dumped their chemical refuse onto the landfill, contaminating the soil and nearby waterways with high levels of lead and copper. When people come to Pata Rât to illegally burn their waste, they release chemicals into the air that severely sicken Roma families. As one Pata Rât resident attests, “They come at night, we don’t know who they are, but rumours say that they are private people who burn toxic waste that they can’t process in their recycle plants.” These conditions are not unique to Pata Rât. Mandated evictions not only limit Roma people’s chances for upward mobility, but also threaten their lives. Once Roma are displaced to landfill areas, it becomes easier for European citizens and authorities to associate them with waste. This triggers a positive feedback loop which legitimizes further oppression.

The second form of environmental racism—exclusion from clean water sources and sanitation facilities—is less obvious, but equally harmful. In 2007, government officials from Jarovnice, Slovakia ordered the eviction of a group of Roma to a settlement that was separated from the closest city by a polluted waterway. The separation was intended to keep Roma from accessing the city, but it also succeeded in preventing Roma from accessing clean water. Slovakian authorities have not provided an alternative water source to the contaminated waterway. As a result, Roma must use the river’s toxin-rich water for bathing, cleaning, and drinking.

Even when Roma settlements have access to running water, it is often unreliable. In Hungary, authorities regularly shut down the public water supply to Roma settlements during summer heatwaves. In August of 2017, 800 Roma living in Gulács and nearly 1,500 Roma living in Huszártelep did not have access to water during a week-long heatwave. Roma living in Ózd and Nyíregyháza were similarly cut off from water sources during the heatwave of June 2019. The case is even more extreme in Fakulteta, Bulgaria, where the government has denied Roma access to water and sanitation for over 70 years. Although UN representatives have visited the settlement and urged the Bulgarian government to provide the Roma with potable water, waste collection services, and electricity, the government has taken no such action. Instead, the Bulgarian government is considering constructing a cement wall that would separate the Roma and the landfill on which they live from the railway that passes through the settlement. When it comes to the allocation of water and sanitation resources, Roma suffer not merely neglect but direct abuse.

Previous analyses have concluded that providing Roma people with safe living conditions and protection from toxic waste are not priorities for European authorities. While these conclusions are true, they absolve authorities from deliberate acts of environmental racism against Roma people—namely forceful evictions to toxic-waste facilities and exclusion from vital resources such as potable water. The popular stereotype associating Roma with filth has overshadowed the reality that environmental racism shares part of the  blame for the devastation of Roma communities and the areas where they live. In a vicious cycle, this stigmatization relegates Roma to a life of poverty and poor health for which they are not responsible.

While centuries of injustice will be difficult to counteract, recent reports have taken the first step by exposing environmental racism and demanding environmental justice. If the European Union is committed to upholding human rights, environmental rights, and the UN sustainable development goals, the hypocrisy of Roma abuse must finally come to an end.