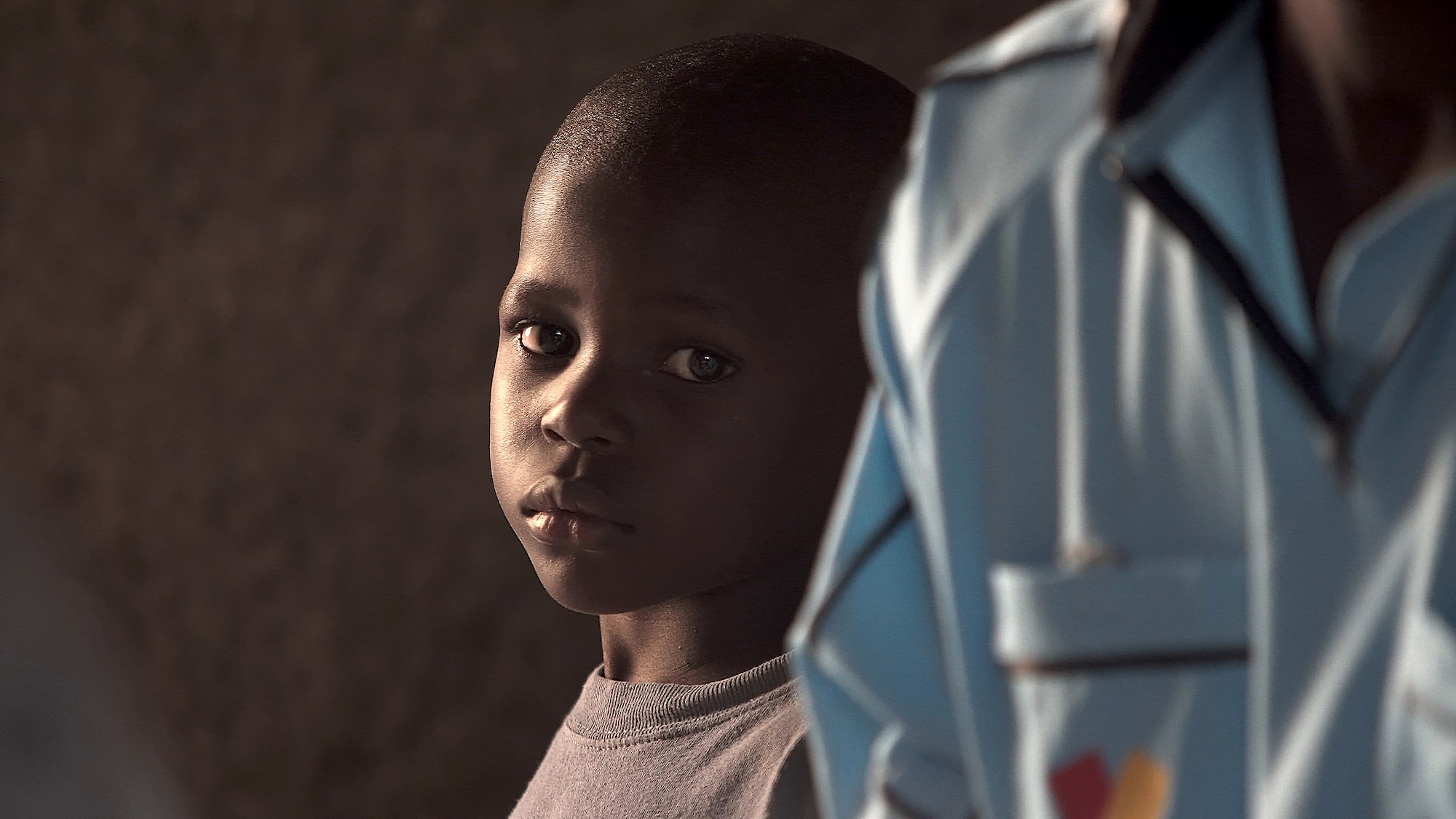 Kidnappings amidst COVID-19: The second pandemic constraining Haitians to their homes and the country to a prolonged state of chaos

In 2019, Haitian authorities recorded a total of 39 civilian kidnappings. In 2020, the official count rose to well over 200. Unofficially, however, 2020’s count lies at nearly 2000, with an average of 160 kidnappings per month. These numbers, reported by journalists instead of government officials, fall closer to the true total and are those that members of the international community are taking note of. Why the discrepancy? Why the kidnappings? The answers are tragically interconnected.

A Tattered Economy and an Unstable Government

Economically, Haiti has felt some of the worst and longest-lasting effects of French colonialism. It is the poorest country in the Western Hemisphere, with 60 percent of its 10 million inhabitants living in poverty. Of these, nearly half qualify as living in extreme poverty. The World Bank defines living in extreme poverty as surviving on less than US$1.90 a day. Out of the 189 countries listed in the World Bank’s Human Development Index, Haiti comes in at 169. Nevertheless, poverty alone can not be blamed for the current crisis in Haiti. It is merely a symptom.

What simultaneously plagues the impoverished nation is a chain of politically irresponsible and insecure leaders working within an unstable, ineffectual, and mistrusted government. Each challenge likely amplifies the other. For Haitian citizens, lacking responsible leaders and an effective government not only limits their potential to escape poverty but poses a severe threat to their lives. Without a strong state, there can be no reliable national security force. Additionally, because elected officials continually engage in corruptive behavior and show little respect for the law, the power of the law plunges nationwide.

For the past several years, poor governance has fostered an increase in crime, specifically in kidnappings. In Port-au-Prince, the gang members responsible for the disappearances operate in urban areas and hold victims hostage for ransom, kidnapping to make a living. While the kidnapping process can be violent and has occasionally resulted in murder, the motivation for the kidnappings has largely been one of subsistence, not arbitrary aggression. Victims are usually released once their ransom is paid, which in the case of a wealthy foreigner reached US$ 29,000. However, targets are normally local nationals that are deemed to be wealthier than average, not foreigners.

Kidnappings occurred regularly in Haiti but began to surge in late 2019. Around this time, the protests against the government, which had been steadily increasing since 2017, escalated dramatically. The anti-government protests responded to President Jovenel Moise’s now proven corrupt behavior. Allegations against him focused on the siphoning of public funds, in particular the PetroCaribe loan. The PetroCaribe is a loan distribution program that was set up by former Venezuelan president Hugo Chavez, which provides aid to developing countries not in the form of cash, but oil. Instead of having to pay Venezuela for oil, as part of the agreement, Haiti received oil and should have been able to use the saved funds to pay for social programs or other national infrastructure projects. That reinvestment never happened. No one knows where the money went.

President Moise’s leadership, or lack thereof, fanned the flames of the existing resistance against him. Public distrust and sporadic unrest transformed into a movement in the name of anti-corruption. Leading into 2020, daily manifestations plagued the streets, and calls for Moise’s removal became more urgent. Then, in early March 2020, Haiti’s precarious situation became exponentially worse.

When the COVID-19 pandemic struck, the country was, like almost all other countries in the world, ill-prepared. Nevertheless, not all countries faced the simultaneous challenge of poverty, crime, government instability, and an unwavering political opposition. Instead of attempting to address these issues separately or take public health into account, the Moise administration sought another selfish solution. Although kidnappings were already increasing as a result of the ever-weakening law enforcement, the government purposefully intertwined the kidnapping pandemic with the rising opposition to the administration, all while under the threat of the proliferation of a deadly virus.

With increasing public calls for Moise’s removal, government officials took the opportunity to combine separate crises. That is, they sought out kidnappers and ordered them to increase their abduction rates, thereby disseminating fear among Haitian locals protesting in the streets. Whereas kidnappers previously targeted people whose families they deemed wealthy enough to pay the victim’s ransom, kidnappers today, funded and protected by the government, are not discriminating. The goal is to prevent protests by effectively giving people the option of staying at home or face being kidnapped.

After demanding gangsters do their dirty opposition work for them, the Moise administration stepped back to watch the chaos unfold. Out of sight, out of mind. Instead of being able to depend on the government in the unraveling of a global health crisis, the people of Haiti were threatened like never before.

What happened next? On February 7, 2020, the country should have been celebrating the 35th anniversary of the end of Duvalier’s dictatorship and the 30th anniversary of the first democratically elected president. Instead, the public was focused on removing current president Moise from office. Although Moise’s term ends on February 7, 2022, the public is calling for this removal to occur now and for an interim government to assume power, on grounds of his corrupt behavior. This hasn’t happened. Moise refuses to step down.

Under the Trump administration, Haitians had little hope of leveraging international support against Moise. Trump endorsed Moise, mainly because they both supported the campaign to remove President Nicolas Maduro of Venezuela. There was hope that under the Biden administration things would change. So far, although they are urging the Haitian government to hold free and fair elections, the US’s affirmation of Moise’s rule remains unchanged. For the Biden administration, instability presents a much greater problem for Haitians than the corrupt government. Although an interim government could be beneficial, it could just as likely bring the country into further mayhem. Some US Senate and House members have voiced their concerns about continuing to support Moise, as have many Haitian nationals who hoped that their northern neighbor might weigh in more strongly.

The question remains: will Biden’s call for Moise to exercise forbearance have a noticeable impact on the proliferation of kidnappings, COVID, or corruption? As the crisis drags on, there is little expectation for things to get better, and the hope is that it won’t get worse. Many kidnapping victims are lucky to survive their terrifying experiences but become immobilized after. Even those who have been able to avoid the crime feel the terror. Thus, the home has become a retreat for many—both from kidnappers and from COVID. Nevertheless, the home can only provide so much refuge. And still, others remain committed to the rising anti-corruption movement. As one mother who joined the protests back in February 2019 explains, “Every morning that I wake up in this country I am scared. I’m dropping my kids off at school, I am scared. So if I am scared, I’d rather be scared fighting for a cause I believe in.” Viewed through this lens, perhaps there is reason to be hopeful for the future of Haiti and the process of democratic elections. With Moise’s presidency coming to an official end in 2022, there is at least a deadline on the corruption. Perhaps international pressure will also stymie an increase in kidnappings. In any case, Haiti will need much more than a COVID vaccine to recover, if not cope with, its multiple pandemics.

Klara Kuemmerle is a staff writer for the Harvard International Review. She is interested in international climate policy, US and European politics, health rights, and migration.