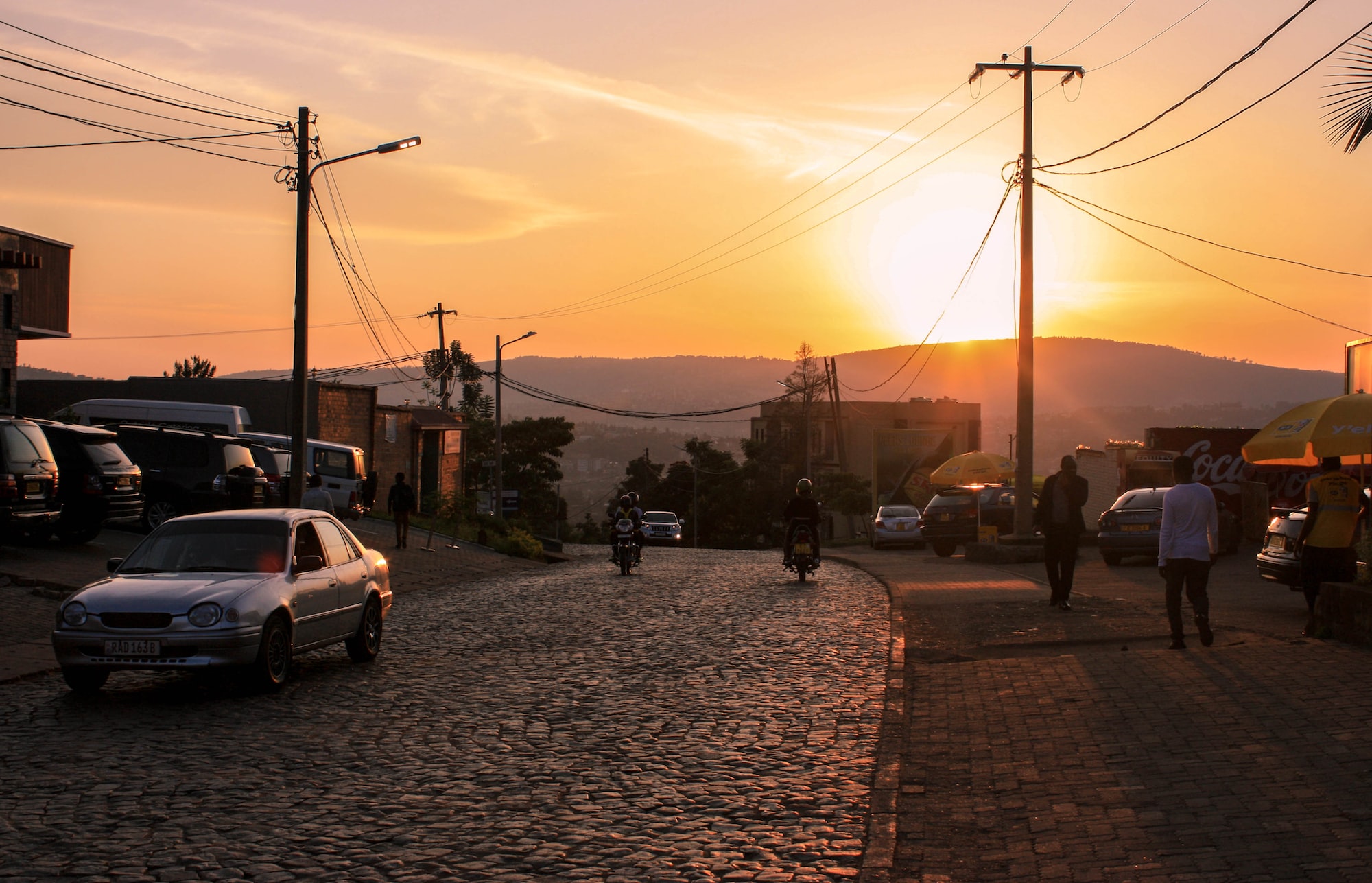 Growth from Genocide: The Story of Rwanda’s Healthcare System

The Rwandan Genocide, born from intense strife and structural inequality between Hutus and Tutsis in Rwanda, is infamous for its brutality. Within 100 days, upwards of 800,000 people were violently murdered and the lives of hundreds of thousands more were permanently affected by physical and sexual violence. Reporters have framed discourse on the topic in terms of intergroup tensions, focusing on the politicized power struggle that led to the destruction of Rwandan infrastructure and civil society. However, numerous other dimensions of the conflict, including those not explicitly centered on ethnic identity, and their wide-reaching impacts have largely been ignored.

The genocide should also be viewed as a prime example of a public health crisis. Any healthcare system would be overwhelmed by the immediate impact of the hundreds of thousands of deaths and injuries that occurred during the genocide, especially one as weak as that of pre-1994 Rwanda. However, the nation also faced an additional long-term crisis, with most doctors fleeing the country, programs providing preventative healthcare like vaccinations and prenatal care being interrupted, and millions being indelibly affected by the psychological impact of surviving, or even committing, genocide. Yet, after undergoing a shift that is “among the most dramatic the world has seen in the last 50 years,” Rwanda is now one of Africa’s leaders in the industry, boasting a robust universal healthcare system. While the healthcare system, and the government that supports it, are far from ideal, Rwandan healthcare has maintained its strength in the face of recent health crises that have ravaged other health networks, including COVID-19. This begs the question of how such rapid development occurred, how effective it has been in responding to the genocide’s long-term effects, and potential lessons for other countries, especially those recovering from conflict.

Prior to the genocide, the Rwandan healthcare system was extremely weak, even in comparison to neighboring countries. While hospital and clinical networks existed, albeit in relatively small numbers, they often went unused as they were too expensive for the average citizen and too removed from the many Rwandans who lived in rural regions (statistics suggest that 83 percent of Rwandans still live in rural areas). Aside from the dearth of emergency care, this led to a significant lack of individuals receiving preventative primary care. One major effort to combat this problem came in the form of the 1987 Bamako Initiative, jointly sponsored by the World Health Organization (WHO) and the United Nations Children’s Fund (UNICEF), which focused on increasing access to essential drugs across sub-Saharan Africa as part of a broader goal of promoting primary healthcare. The initiative encouraged private organizations and NGOs already donating drugs to the region to instead sell them at a profit, producing a sustainable income to fund a constant supply. More broadly, it ran with the principles of  “​​public participation in decision making, contributions by users to finance the health centres so as to cover the running costs and improve both quality and access; state participation to ensure that the whole population can have a minimum package of services, selected for their cost-effectiveness, and rationalized and decentralized implementation of programmes at the level of the district health system.” While the Bamako Initiative was successful across much of sub-Saharan Africa in improving medical outcomes, including by limiting the spread of measles in Rwanda, it largely failed to achieve positive results amongst the continent’s poorest. For too many, healthcare was still too costly to be accessible.

After the genocide, however, one can see the narrative of Rwandan healthcare being pushed towards a public health angle. Oftentimes spread due to the high rate of interaction during the genocide, preventable illnesses like malaria, cholera, and other waterborne illnesses proliferated immensely in 1994, despite declining in the years prior. Furthermore, genocidal rape increased the prevalence of HIV/AIDS in the region. As one may expect, this posed a significant challenge to Rwanda’s government. Especially because of the economic decline the country faced due to the destruction of most of its infrastructure, 80 percent of the population was left in poverty, less than 5 percent had access to clean water, and very few clinicians were available to address health issues on the ground. As a result, the broader public health situation deteriorated.

The healthcare sector’s incredible rebound from such poor circumstances is largely due to the intervention of the Rwandan Patriotic Front (RPF), the party that has governed the country with an iron fist since the genocide. Despite its history of authoritarian actions, the RPF has considerably altered Rwandan healthcare for the better. Most notably, it prioritized the training and provision of locally-based healthcare providers, mandating the election of four healthcare workers in each of Rwanda’s approximately 15,000 villages, where they act as an intermediate source of healthcare information and preventative care. This then limits the need for onerous and expensive hospital trips. As a result of their increased presence, 80 percent of those requiring malaria treatment are able to receive it and vaccination rates have increased from less than 30 percent in 1995 to 94 percent in 2015. Furthermore, the government established a compulsory universal healthcare system known as Mutuelle. Under this system, insurance is offered at an average cost of US$2 and individuals are guaranteed to only have to pay up to 10 percent of their healthcare costs out of pocket. While the nation’s wealthiest are expected to pay a greater amount to sustain this system (alongside financial assistance from international donors), it allows for the country’s poorest—and often most lacking in accessible healthcare—to receive services entirely free of charge. Today, 91 percent of Rwandans are covered by Mutuelle, contributing to drastic improvements in life expectancy and living standards. This system reflects a greater trend towards the development of state-run mechanisms that can ensure widespread access to healthcare, often blurring the line between primary care and public health. In doing this, the government has continued the decentralized public efforts that began before the genocide with the Bamako Initiative, but through the provision of universal insurance and more specific mechanisms of primary healthcare provision, it has worked towards improving upon the initiative’s limitations.

Aside from developments in promoting physical health, Rwanda’s healthcare system provides a unique model for the successful development of robust mental healthcare services. While the promotion of mental healthcare is essential in any healthcare system, it is especially vital in countries recuperating from violent conflict such as Rwanda. In 1995, just one year after the genocide, Rwanda’s government recognized the need for the codification of mental health policy, realizing that genocidal violence left approximately 25 percent of the population with symptoms of post-traumatic stress disorder (PTSD). In response, the government established a mental health division within the National Ministry of Health, a first step in its journey towards becoming an international leader in mental health policy. More recently, the country developed a national strategic plan to integrate mental healthcare into its primary healthcare system and announced a partnership with Johnson and Johnson to study the impact of mental illness, help decentralize care, and promote access to affordable medicine.

Additionally, through its efforts to promote reconciliation, the country has also encouraged mental healthcare to be defined outside of clinical settings. For example, group counseling services have been offered in communities across the country, allowing survivors to process trauma in a constructive manner. Specialty programs have even been introduced to address particular needs, such as the use of specialized counseling groups for women who became pregnant as a result of genocidal rape. Furthermore, the RPF government established a communal court system known as the Gacaca to try perpetrators of the genocide. While the efficacy of this program in reducing intergroup tensions remains questionable, it does allow family members of victims to gain closure, especially as they learn about the location of their loved ones’ remains. It also mandates participation in annual Kwibuka ceremonies, which commemorate the genocide and allow space for healing long-lasting wounds. While the latter two programs were not specifically established as mechanisms of mental healthcare, they demonstrate the benefits of governments recognizing the importance of mental health in reconciliation efforts, and acknowledging that public health efforts are often not limited to clinical settings.

Unfortunately, however, replicating these conditions in other countries is likely to face many challenges. First, the creation of universal programs like Mutuelle requires widespread support from a country’s citizens and government. In the case of Rwanda, this was likely possible due to the power of the RPF. In the aftermath of the genocide and the Tutsi-led RPF’s rise to power, members of the Hutu majority who remained in Rwanda were often forced to comply with the party’s guidelines. More recently, the government has been willing to silence opponents of President Paul Kagame through arrests and threats of violence. While this approach may allow for efficient passage and enforcement of laws, demonstrated by the country’s successful COVID-19 response through rapid shutdowns and compliance with mask and hand-washing orders, it comes at the steep cost of repression. Additionally, Mutuelle’s success relies on funding from NGOs and the private sector. While this has historically been sustainable for Rwanda, which has enjoyed high levels of aid since the genocide, the model may not be feasible in the long-term or in other countries that cannot guarantee this funding. However, if these conditions can be encouraged, the Rwandan model of prioritizing the needs of the communities who lack access to healthcare can produce success elsewhere.

Despite its triumphs, Rwanda still has work to do to ensure the long-term success of its healthcare. However, its system has proved resoundingly successful compared to that of its neighbors, especially in light of the widespread societal destruction that occurred less than 30 years ago. Indeed, a Gallup Institute report, surveying over 140,000 participants, found that Rwanda now possesses the highest levels of trust in its healthcare system in the world and the largest percentage of citizens who believe in the efficacy of vaccines. While it is imperative that we acknowledge the dangerous and undemocratic conditions that allow for the continuous existence of this system, taking care not to encourage a precedent of authoritarianism in the name of healthcare efficiency, Rwanda’s growth from genocide should be seen as a remarkable success. 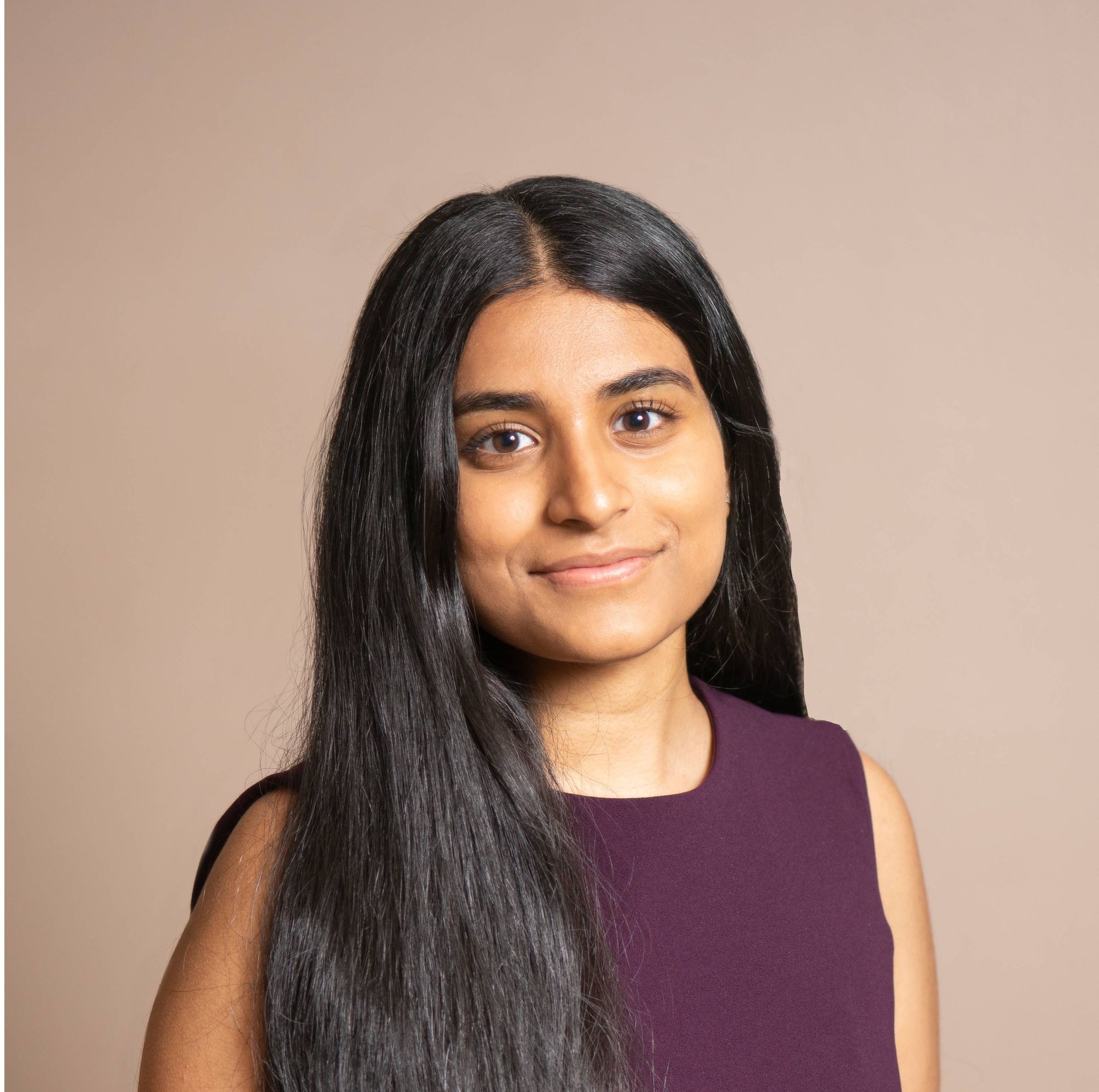 Shriya is Editor-in-Chief of the Harvard International Review. She enjoys reading and writing about human rights, international security, and environmental politics.