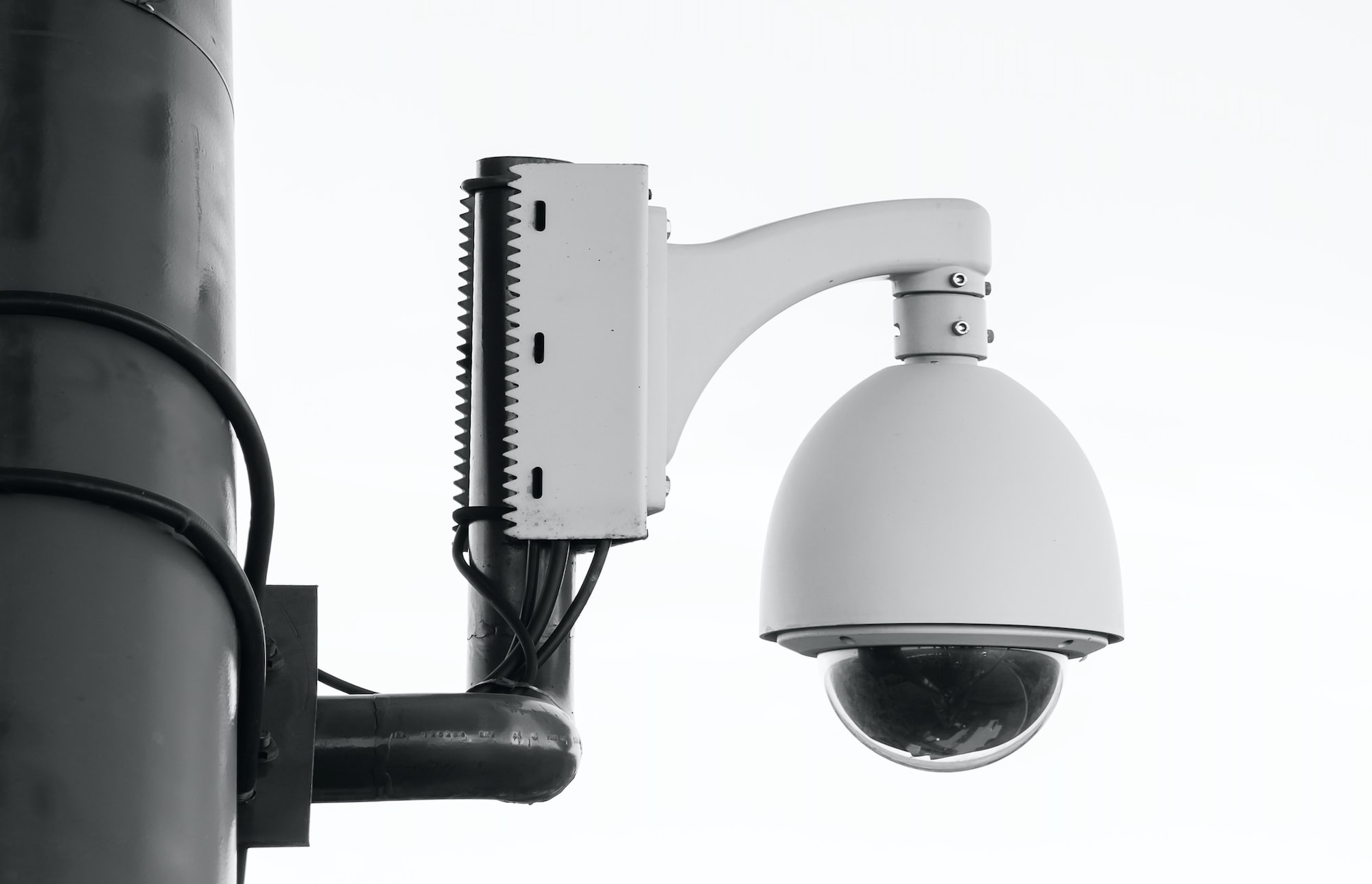 Surveillance has become a ubiquitous part of people’s lives; it takes any number of forms, but the surveillance state exists wherever governments do. Part of the national security law passed by China towards the end of June 2020 codified and expanded the Chinese government’s ability to massively surveil the citizens of Hong Kong in order to halt political subversion. In the United States, corporations and industry organizations—including the Chamber of Commerce—have urged the federal government to expand its use of facial recognition technology as a tool for policing, border security, and more. The Israeli government’s response to COVID-19 includes a provision granting the country’s internal security agency the power to monitor and collect cell phone location data. On a global scale, responses to the coronavirus are accelerating the expansion of the surveillance state, particularly as a tool for authoritarian regimes.

Currently, domestic surveillance law is under the purview of individual nations. But national borders cannot neatly confine the modern surveillance state as a domestic issue. Cross-border surveillance—when nations surveil individuals in other countries—is becoming increasingly prevalent, and laws controlling it have not kept up. Many countries simply have no restrictions on entities conducting electronic surveillance outside their borders. In contrast, the United States has specific legal frameworks regarding cross-border surveillance. And in the most extreme instances, the governments of multiple nations collaborate to conduct cross-border surveillance, as the intelligence agencies of the United States, United Kingdom, Canada, Australia, and New Zealand did with Project Echelon, “a global system for the interception of private and commercial communications.”

Unfettered international surveillance creates an array of issues, from invading intellectual privacy to distorting power relationships between state and citizen to accelerating discrimination and human rights abuses. The surveillance state is ubiquitous and increasingly transnational,  so the realm of international law presents an opportunity to build a theoretical framework for at least protecting the human rights and privacy of non-citizens from foreign surveillance. Considering and implementing this framework is a necessary first step in the path to a universal reduction in surveillance for all people in all nations.

The Potential of International Law

While the origins of global surveillance reach back to intelligence sharing between Allied Powers’ armed forces during the Second World War, in recent decades, technology has increased the capacity of nations to conduct widespread surveillance due to the rise of mobile phones and the internet. The public’s awareness of this issue dramatically rose with Edward Snowden’s 2013 leaks unveiling illegal surveillance conducted by the United States’ National Security Agency (NSA) and other nations’ intelligence agencies. The documents disclosed by Snowden unveiled the extent to which governments collaborated with one another and corporations to establish a system for the collection, analysis, and use of data on their citizens and non-citizens alike. The system includes collection of telephone metadata, email communications, financial transactions, smartphone data, and even the infiltration of commercial data systems (like private Google data centers). The Snowden leaks resulted in some policy changes by governments to strengthen already tenuous legal justifications for surveillance of their own citizens, but few privacy protections exist for the surveillance of non-citizens. This is where international standards ought to play a role.

A country surveilling its own citizens might be indirectly influenced by international standards, but the murkier problem of states surveilling non-citizens has the potential to be solved through the mechanisms of international institutions and law. The fundamental right to privacy is codified in the foundational documents of international institutions. For example, the foundational International Covenant on Civil and Political Rights (ICCPR) reads that “no one shall be subjected to arbitrary interference with his privacy, family, home or correspondence.” Unfortunately, while other transnational issues like ozone pollution have been solved with the shared responsibility framework of international agreements, there has been far more cooperation between governments towards conducting surveillance than addressing its ramifications. Unlike other issues of international significance, surveillance is largely unseen, secret, rarely causes tangible harm. This significantly lowers the incentive for states to engage in cooperation to limit these activities, as the costs of secret, intangible surveillance are far exceeded by the benefits it confers to the intelligence and national security interests of states.

There is no single treaty that has been written or proposed on the issue, but the UN has not been silent on the issue of global surveillance. Since 2010, the body has issued several resolutions outlining the dangers of states surveilling non-citizens in particular. Reports from the UN Commissioner for Human Rights describe how systems of direct access and indiscriminate data collection limit people’s right to freedom of expression and discussion, create a high risk of abuse, and may facilitate illegal disclosure to third parties. The closest thing to a treaty affirming these resolutions was a set of principles the UN Human Rights Council put forward in 2014, called “International Principles on the Application of Human Rights to Communications Surveillance.” The core principles outlined are that surveillance must achieve a legitimate aim and be as minimally intrusive as possible and proportionate—confined to relevant information with a high probability of usefulness after the exhaustion of alternatives. But without adequate enforcement or incentive for states to adopt them, these sound principles do little to affect real change. Still, the document has been adopted by some non-state actors; hundreds of companies, organizations, experts, and elected officials have signed the principles document. However, it is still far from the kind of effective international treaty that has a chance at solving global issues.

In the absence of a consensus approach to international surveillance law for states, there are several ways to consider how surveillance should be interpreted from existing laws and principles. The first and most simple is an application of the Lotus Principle, an idea dating back to the League of Nations which posits that in the absence of explicit prohibitions on an activity, states may act as they wish. This interpretation means that without any explicit prohibitions on a state surveilling the citizens of another state, they are free to do so. But these laissez-faire interpretations are not adequate in the real world; their implication is a harmful, unregulated expansion of harmful non-citizen surveillance—in other words, what practically exists now.

Three different interpretations offer potential ways to push back on this. One uses the previously discussed ICCPR and the fact that surveillance of a foreign citizen could violate the global human right to privacy. Another rests on Article 41 of the Vienna Convention on Diplomatic Relations, which requires all foreign officers to respect the laws of the country in which they are posted, meaning that surveillance conducted by diplomats is illegal (this was the basis of a 2017 criminal investigation in Turkey concerning embassy spying). Article 41 does not extend to non-diplomat citizens, but establishes the precedent that unfettered surveillance ought to be regulated. A final interpretation relies on the principle of sovereignty and territorial integrity that could be extended to mean that surveillance constitutes an undue interference in the internal affairs of another state.

The simple fact that states do not respect these implied prohibitions means that the reality of the way international law governs foreign surveillance is far more permissive than prohibitive, but a theoretical approach based in human rights, the precedent of the Vienna Convention, and sovereignty means that prohibitive international surveillance law is possible to create.

The norm of states being permitted to engage in mass surveillance is slowly giving way. A combination of factors contributes to the changing norms: political pressure on heavily surveilling countries like the United States; rights-driven pressure from the UN, as illustrated by the previously mentioned resolutions; and economic pressure from technology companies that fear negative association with surveillance hurting their bottom line. This pressure was accelerated by the Snowden revelations, but it was not enough to spur lasting changes to international law. Nevertheless, it is worth exploring what the framework for future international surveillance law could look like.

The development of substantive policy on privacy and surveillance has proved difficult. Thus, in addition to the subject of the first stages of international surveillance law emphasizing transnational surveillance, they should also avoid establishing explicit substantive definitions and instead remain procedural in nature. Procedures should be built around accessibility and transparency; by minimizing the secret discretion afforded to governments, the potential for abuse can be significantly lessened. Critically, procedures should deemphasize the difference between surveilling citizens and non-citizens; this would significantly reduce the disparity in treatment between the two. Finally, procedures should be put in place to dynamically interpret transgressions of these principles. The Court of Justice of the European Union (CJEU) provides an example of how to transnationalize rights through a court system. In particular, the case of Maximillian Schrems v. Data Protection Commissioner modeled the obligation and ability of states to protect the rights of their own citizens against transgressions by foreign powers. The inclusion of some form of court process—whether a new one or within an existing institution like the International Court of Justice (ICJ)—is essential to ensuring dynamic interpretations of the procedural norms in the eventual international surveillance regulation system.

A World Without Mass Surveillance