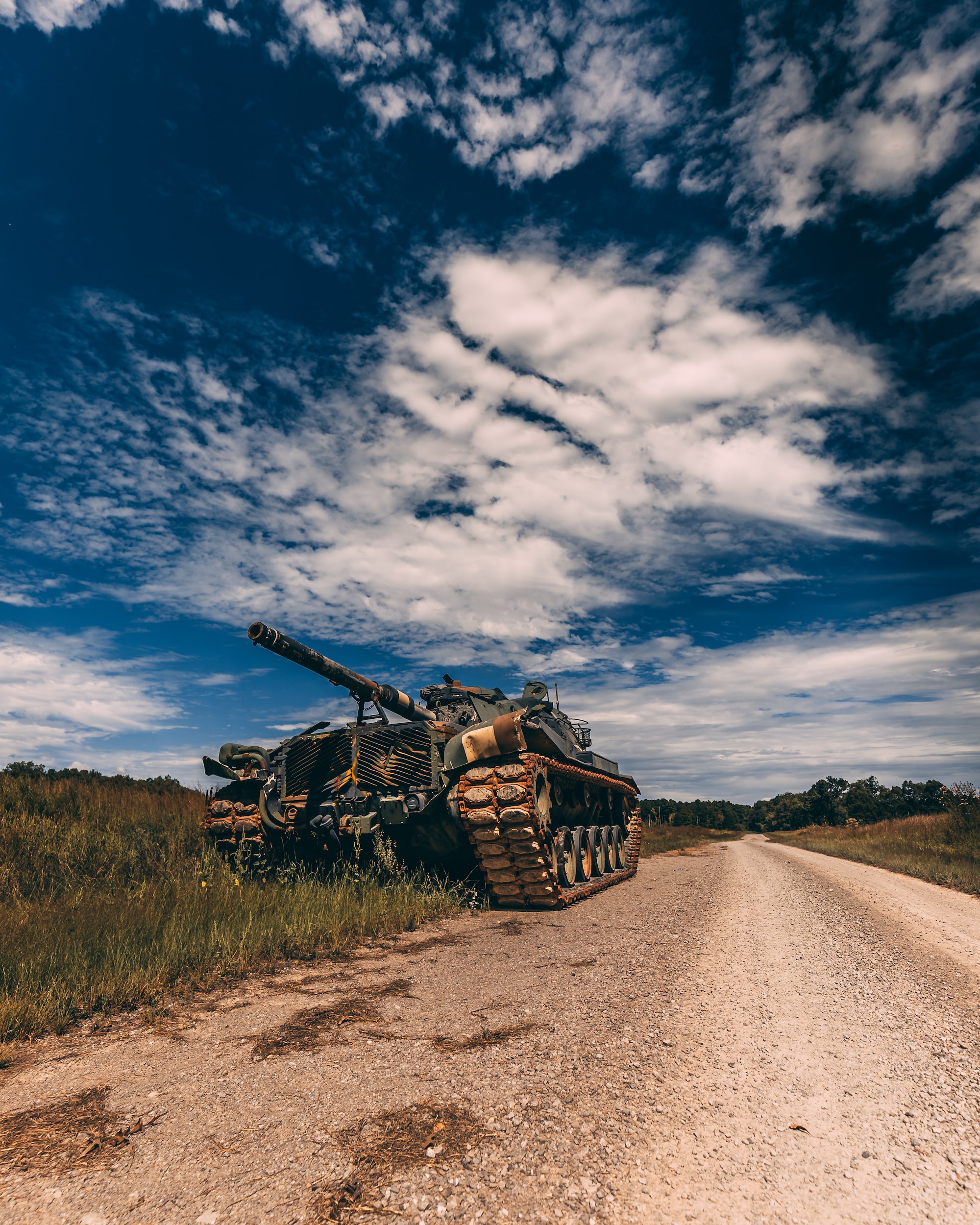 “War tactics are developed without any consideration for the environment,” said Othman Al Ani, a manager at the Middle Eastern Immigrant and Refugee Alliance. Such is the case for depleted uranium, a byproduct of natural uranium enrichment. The United States and other militaries use depleted uranium to make ammunition and tank armor. Depleted uranium is very dense, so it can easily penetrate armored vehicles during conflict. It is also fairly inexpensive, which means that countries can purchase and use large quantities without breaking the bank.

Depleted Uranium and Public Health in the Middle East

Depleted uranium may pose a risk to both soldiers and local civilian populations. When ammunition made from depleted uranium strikes a target, the uranium turns into dust that is inhaled by soldiers near the explosion site. The wind then carries dust to surrounding areas, polluting local water and agriculture.

Pieces of old armor and ammunition also pose a threat, particularly to local children playing on tanks and other military hardware made from depleted uranium. “The kids were playing on the tanks… and they were collecting the bullets,” explained Souad Al-Azzawi, an associate professor of environmental engineering at the Canadian University Dubai and former director of the doctoral program in environmental engineering at the University of Baghdad. “For some of the people, those bullets stayed in their houses for years. It was a disaster.”

This should not come as a surprise. Students rarely–if ever–receive education about the harms of depleted uranium. Children aren’t warned against playing on toxic structures, reflecting a general lack of public awareness on the issue. Moreover, some young children may be exposed to depleted uranium through contaminated soil in former conflict zones.

The depleted uranium left over from the Gulf Wars should be a cause for concern. Although it is only 60 percent as radioactive as natural uranium, depleted uranium is still chemically and radiologically toxic.

Unfortunately, it has been difficult for epidemiologists to determine whether there is a clear link between depleted uranium exposure and health outcomes among local populations. Scholars are not always able to untangle possible confounding variables to determine the true effect of depleted uranium on community health.

That being said, there remains a strong possibility that depleted uranium has negative consequences on civilians. After all, depleted uranium is carcinogenic, and there is evidence to suggest that it may also impact hormones. A paper from the World Health Organization (WHO) reports that someone who inhales small, insoluble uranium particles may experience lung damage or lung cancer due to radiation. Depleted uranium may also lead to poor kidney functioning.

Although the research process is difficult, scholars have still been working to see if there is a link between depleted uranium and community health near conflict zones. Researcher Al-Azzawi cites studies showing that children’s leukemia cases increased by 60 percent between 1990 and 1997 and that birth defects tripled between 1990 and 1998 in Basra, Iraq. Basra experienced a stage of US bombings in response to the 1990 invasion of Kuwait. Al-Azzawi suggests that depleted uranium used during such conflicts is responsible for the rise in cancer and birth defects in the area.

While these studies have their limitations, they give compelling reasons to think critically about the potential effects of depleted uranium.

In the past, leaders did not pay the necessary amount of attention to the risks of depleted uranium. Documents suggest that the United States may have known about the potential consequences of depleted uranium during conflicts in which it was used. The International Atomic Energy Agency (IAEA) published a 1991 report indicating that deploying depleted uranium in the Gulf War could have caused 500,000 cancer deaths.

However, the United States still used depleted uranium in the Middle East despite the risks, deeming that its military benefits outweighed the potential civilian impact. This calculus reflects a common trend in which western countries justify human rights abuses under the guise of “national interest” or military necessity. The United States and Great Britain might have used a less toxic substance like tungsten instead of depleted uranium. Still, military leaders selected depleted uranium, perpetuating a long-history of imperialism in which western nations prioritize their own interests over the well-being of local communities.

But how is this possible? In light of evidence suggesting the dangers of depleted uranium, why were countries still allowed to use it? One might think that international treaties like the Chemical Weapons Convention should have prohibited its deployment. However, further investigation will reveal the opposite. Many of these treaties only ban weapons that have primarily toxic effects or are specifically intended to have toxic effects. This is not the case for depleted uranium. Militaries use depleted uranium to make or destroy armor rather than spread toxic chemicals to enemy combatants. For this reason, such treaties have not prevented countries from using depleted uranium in military operations.

However, the absence of a treaty banning depleted uranium is not the only reason that countries like the United States have been able to justify its use. We might also look to the lack of robust research on its health consequences in former conflict zones.

There is still a great deal of debate about whether the depleted uranium used in the Middle East could be responsible for poor health outcomes. For example, one study from the IAEA indicated that “the existence of depleted uranium residues dispersed in the environment does not pose a radiological hazard to the population of the affected regions.” Another IAEA paper argued that people would not be exposed to significant amounts of depleted uranium through water and food sources, and that locals generally do not suffer significant health effects as a result of the substance.

The debate over the effects of depleted uranium has two main consequences. First, governments like the United States cite studies that minimize the substance’s negative effects to avoid blame for human rights abuses. With this strategy, militaries can use this dangerous material with impunity.

Second, without strong evidence to show that depleted uranium harms civilians, international law may not restrict its use. Consider Article 35 of the Geneva Convention, which governs humanitarian treatment in armed conflict. Article 35 contains the “Principle of Distinction.” According to this rule, governments must differentiate between military targets and civilians. A country cannot target civilians as though they are members of the opposing military.

The Principle of Proportionality, another rule under Article 35, faces a similar problem. This principle states that countries cannot launch attacks that incidentally harm civilians unless the harm imposed is much smaller than the military advantage gained. Like the Principle of Distinction, proportionality could apply to depleted uranium if we knew more about its effects. We cannot compare the military benefits of depleted uranium to its impact on civilians unless we have more evidence about its health effects.

Unfortunately, obtaining research on depleted uranium is difficult. Researchers have trouble collecting data because affected areas in the Middle East tend to have a lot of internal migration, poor health care, and malnutrition.

Research also faces political barriers. Governments that use depleted uranium have a vested interest in preventing research that suggests it has negative effects on human health. For instance, the United States, United Kingdom, Israel, and France all opposed a 2001 United Nations resolution to document depleted uranium in war.

In another striking example, the IAEA prohibited Iraq from accessing equipment to monitor the impact of depleted uranium on its population. Iraqi officials were not allowed to access the equipment due to concerns of nuclear weapons construction.

Although the United States and western-dominated institutions prevented research on depleted uranium, the US State Department has partially blamed Iraq for the lack of data, saying that “[t]here have been no independent studies related to Depleted Uranium inside Iraq. Since 1991, Iraq has refused to allow health inspectors to assess the alleged impact of Depleted Uranium.” This quote stands out as an example of how data collection on depleted uranium—an activity which should be governed by scientific objectivity—has been shaped by the interests of western nations. Countries that use depleted uranium have often stifled research on depleted uranium while deflecting blame towards other nations, permitting militaries to use the substance without repercussions.

What Now? A Possible Response to Depleted Uranium

Scientists should conduct research on the effects of depleted uranium on populations living in or near conflict zones. To avoid bias, this research should not be funded by governments or groups that want to use depleted uranium. There is a chance that future research will show that depleted uranium is not harmful, but states would be wise to err on the side of caution and refrain from use until the material is proven safe.

Instead, nations should adopt an explicit ban on depleted uranium. They might consider the ban written by the International Coalition to Ban Uranium Weapons. Such a convention sidesteps highly politicized debates about whether depleted uranium violates the Geneva Convention. Unlike the Geneva Convention, the ban would explicitly outlaw the weapon, leaving little room for debate. In addition to the ban, countries like the United States that have deployed depleted uranium could coordinate with affected communities to clean up as much of the toxic waste as possible.

However, international efforts should not stop here. Depleted uranium is not the only weapon with harmful environmental consequences. The military ought to scrutinize the potential environmental impact of weapons before using them. Weapons are not merely about strategic advantage or national interest: they impact universal environmental and human rights. Leaders must apply the lens of environmental justice to their strategic calculus and refrain from using weapons that fail rigorous environmental reviews. Any other course of action risks violating our global duty to protect and preserve both human rights and the planet.