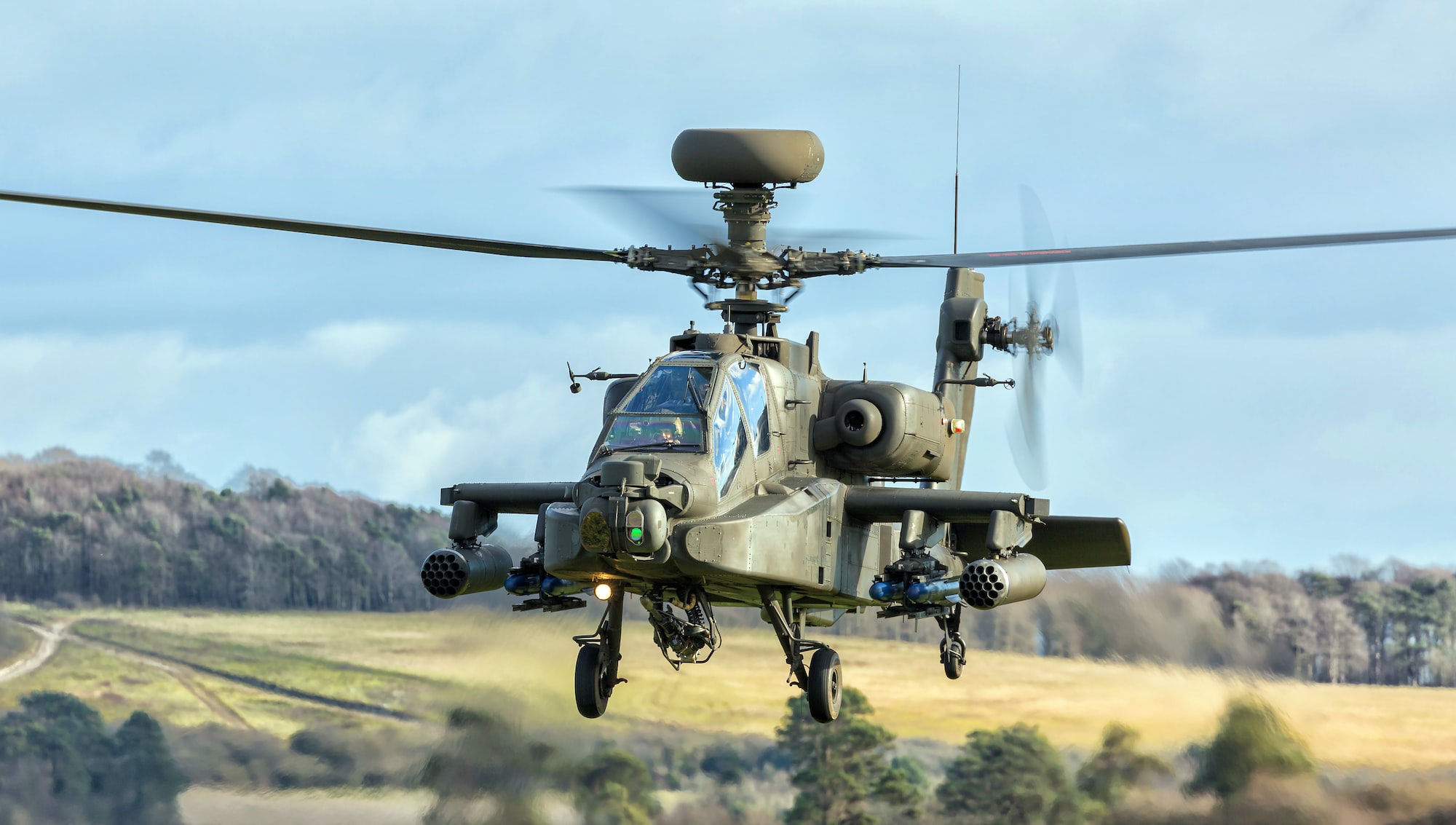 A Nation at War

The murders of George Floyd, Breonna Taylor, and countless others have changed the scope of political discourse within America, bringing to the forefront questions of the method by which officers are held accountable and the scope of police authority itself. However, policing does not pivot merely around the police force; it also entails the institutions which empower police to enforce, and indeed that which they are entrusted to enforce. It is in this context that counterterrorism must be examined, expanding the conversation about policing, so that fundamental questions asked about those who police at home are also asked about those who police abroad. Although it is far too easy to forget,

“We Remain a Nation at War.”

In the wake of September 11, 2001, President George W. Bush initiated the defining military campaign of the modern world: the global War on Terror, which authorized a wide array of strategies to defeat the new global specter of terrorism. This campaign, led by the United States, the United Kingdom, France, and others, has involved direct military intervention, military assistance, intelligence gathering, drone warfare, economic sanctions, domestic surveillance, diplomacy, international cooperation, and more. While counterterrorism policy is hotly debated in political cycles, the fundamental US strategy has not been meaningfully altered. Counterterrorism involves aggressively capturing or killing terrorists. It means dismantling their networks so they never rise again.

The point of this article, however, is not to evaluate the success or failure of the War on Terror, speculate on a potential endgame, or engage in a debate over global counterterrorism policy. Rather, it will pose the same questions that communities across the world are asking of those entrusted to guard their safety. Simply put, who are the world’s police, and more importantly, what are they empowered to do?

“When it comes to terrorism, we will do whatever is necessary to protect our nation.”

“In these efforts, we will take appropriate steps to protect privacy, civil rights, and civil liberties.”

An undeniable reality of the last 18 years has been the expansion of executive authority, at the expense of traditional checks and balances. The Patriot Act in the United States expanded authority to conduct surveillance, restrict the rights of both citizens and noncitizens, and lower the standard of probable cause for warrants. Proponents constitutionally and pragmatically justified this strategy, arguing that the counterterrorism operations conducted fall under the war power authority of the President. As the power of the sovereign executive expanded, three strategies flourished under its protection, invulnerable to democratic constraint.

A core counterterrorism strategy has utilized aggressive drone warfare. The vast majority of these attacks are “signature strikes,” which target “people whose behavior is assessed to be similar enough to those of terrorists.”

However, data on these strikes is sparse. Trump reversed a President Obama-era requirement which mandates reporting civilian casualties. The executive’s argument pointed to the existence of congressional reporting mandates. However, those congressional mandates do not cover information on CIA-led strikes. Despite these limitations, independent research indicates that there have been between 910 and 2,200 innocent civilians killed in US drone strikes since 2004.

Opportunities for individual redress are also low. Lawsuits on behalf of innocent victims of signature strikes, which are likely to hit civilians, are rejected as non-justiciable by the court because doing so would be ruling on whether the actions of the executive in this case were prudent, regardless of whether they were “mistaken or not.”

The War on Terror involves 39 percent of the world’s countries. The United States has military bases, provides military assistance, provides combat troops, and conducts airstrikes in one of the most expansive, worldwide operations to date. The image below illustrates the depth and pervasiveness of the war the executive is empowered to conduct.

Image from the Costs of War Project, at Brown University’s Watson Institute.

The gray areas on this map include a war in which US-made weapons have obliterated hospitals and the death toll has risen to 100,000, a war in which US troops were convicted of 50 million dollars worth of war crimes, and a war in which soldiers and military contractors committed and were given immunity for 53 individual acts of sexual violence. The question then becomes to what degree will terrorism be the Trump card to procedure, human rights, and an accountable police.

Obama viewed his failure to close the prison at Guantanamo Bay as one of the largest blemishes on his record. Overwhelming pressure overcame his initial vow to close the facility. Opting for a different stance, Trump vowed on the campaign trail to “bring back waterboarding, and [...] bring back a Hell of a lot worse than waterboarding.” A leaked memo revealing this intended plan included the detention of Americans within the prison. However, Trump has yet to deliver on this particular campaign promise.

Independent of the boom and bust of the political cycle, the power of indefinite detention remains in the hands of the executive. The 2018 National Strategy for Counterterrorism lays out that detention of suspects “pending their transfer to the United States for criminal prosecution” preserves the “ability to detain terrorists at the detention facilities at the United States Naval Station in Guantanamo Bay, Cuba, and explore ways to better integrate and maximize the utility of this capability.” Individuals detained in these situations have little access to the courts, appeal, and their agency.

This strategy appears to have been modeled elsewhere. In the Phillippines, the Anti-Terrorism Act of 2020 enables warrantless arrest and detention of those suspected of terrorism for up to 24 days. Multiple human rights watchdog groups have argued the bill’s expanded definition of “terrorism” could criminalize free expression of dissent and could easily be employed for political goals. The bill additionally removes a provision of current law that penalizes law enforcement agents who wrongfully detain suspects of terrorism, potentially imposing US$10,000 per day of illegal detention. The Anti-Terrorism Council, an executive agency staffed by the president, will functionally exercise sole authority over cases of the surveillance or arrest of individuals suspected of terrorism.

A fascinating parallel emerges in the United States with the Foreign Intelligence Surveillance Act (FISA) Court. Section 215 of the Patriot Act removed the FISA Court’s original requirement that the government must present “specific and articulable facts giving reason to believe” a subject of surveillance was a foreign agent. In fairness, that is old news but the implications are still relevant. Section 702, which was recently reauthorized, broadly permits gathering of foreign surveillance. The issue here is simple. Foreign agents do not necessarily only communicate with other foreign agents. However, as long as the government is surveilling the “foreign agent,” the person on the other end of the line could very easily be a US citizen.

Faced with an unaccountable and dramatically powerful security institution, and in a striking parallel calls to defund domestic police, progressives in Congress introduced legislation to slash the Pentagon budget by ten percent, pointing out its bloated spending and unaccountable operation. Its reception was also akin to defending the police—an idea which galvanized the left, but failed to overcome conservative legislative power.

What, then, could be the path forward? The answer is two-fold.

First, increased transparency. The impact of such a norm cannot be understated. It is loud public outcry and deep public discussion that shapes public policy. Widespread backlash to the facts revealed in Edward Snowden’s whistleblowing forced a secretive Obama White House to adopt significant improvements to rights protections and transparency.

Beyond simple platitudes on democracy, there are specific actions which would vastly improve governance surrounding counterterrorism. Through executive mandate, government officials with classification authority could be required to document the reasoning behind the classification. Furthermore, the laws governing behavior themselves could also be declassified, such as legal memos within the Department of Justice.

Second, there is an impetus to increase the oversight external bodies have on executive action. In the context of targeted killing, some advocate a sort of “drone court”—an oversight body designed to review drone strikes, either post hoc or ex ante. This would not be a judicial body but would serve a similar review purpose.

When it comes to judicial review, however, there is functionally a moratorium on progress: the political question doctrine, which designates certain actions as “political questions” and are not justiciable by the Supreme Court. Under war powers authority, presidential authority cannot be second guessed by the courts.

Presidents are adamant in protecting this doctrine, emphasizing the centrality of their authority to use military force. The legal justification for the War on Terror itself, including campaigns against ISIS in Iraq and Syria under both Obama and Trump, employs the 2001 and 2002 Authorization on the Use of Military Force (AUMF), which gave the president authority to fight the Taliban/Al Qaeda and invade Iraq, respectively. Litigation that could potentially spillover to affect this legal basis is consistently avoided.

Some argue that adjudicating “objective questions” (Was [X-target] a member of a terrorist organization?) is perfectly within the capabilities of a court, since these adjudications do not infringe on the political decisions of the executive (Was it strategic to strike at this time?), but are merely a review of the facts of the case.

Beyond this, it is genuinely important to gist out the government’s legal reasoning for taking a certain set of actions. A lack of judicial contestation over drone strikes or any of the other tactics employed by the executive means that federal action could skate by without any debate over its legality, which is already intensely contested. Not being allowed to even pose the question of legality is a recipe for unchecked abuse of power.

The Imperative to Act

“Domestically, we must empower our frontline defenders—our state and local law enforcement professionals—as well as many other government, civil society, and private sector partners to prevent and counter terrorism in the United States.”

The imperative to address the growing gap between accountability and counterterrorism becomes clearer as the line between terrorist and citizen blurs. The deployment of federal troops to police citizens protesting police brutality following George Floyd’s death sparked outrage, as soldiers in full riot gear marched on protestors in bike helmets. As new videos were released of protestors being tracked and forced into vans, the legal justification remained the same as it was in 2001: an expansive view of federal police power, the overarching imperative of security, and a sovereign executive.

The chilling characteristic which unites these policing strategies is the erosion of mechanisms through which democratic constraint can and ought to be exercised. While there is independent debate about the efficacy of detention, surveillance, troops, drone strikes, etc., there is little justification for the level of opaqueness which currently surrounds the agents of counterterrorism. Ultimately, the authority we have vested in the global police is one that must be questioned.