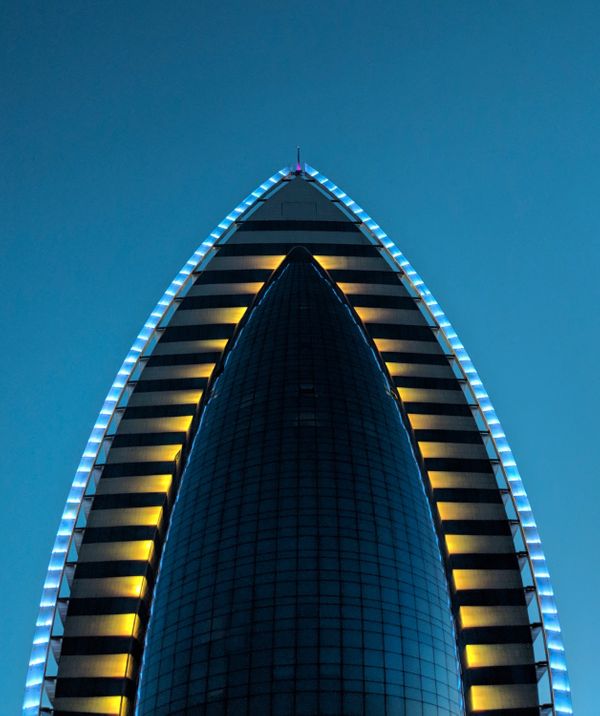 Will Turkmenistan Get Back in its Economic Saddle?

Turkmenistan is not just the land of horse enthusiast President Gurbanguly Berdymukhavedov. It’s also a country with vast oil and gas wealth and an economy on the brink of collapse. Hit by the recent  drop in oil and gas prices, the country’s sources of revenue have dried up, leading to food shortages and rising unemployment. These economic woes were the backdrop to the 2019 Caspian Economic Forum, which took place in Awaza, Turkmenistan over the summer. The purpose of that forum was to diversify Turkmenistan’s economy, in part by increasing cooperation between other Caspian states, as the country’s overreliance on natural gas exports have made it vulnerable to falling oil prices. Against the backdrop of an economic forum, Berdymukhavedov is using the forum to improve his image on the world stage.

The Davos of Central Asia

What do Azerbaijan, Iran, Russia, Kazakhstan, and Turkmenistan all have in common? They all border the Caspian Sea. After decades of maritime disputes, the five Caspian states signed the Convention on the Legal Status of the Caspian Sea in 2018, an agreement meant to further “regional integration”. The establishment of the Caspian Economic Forum is a result of that agreement. The topics covered at the 2019 forum included increasing cooperation to attract foreign investment and strengthening the region’s tourism industry. For Turkmenistan, both policy proposals signify the government’s willingness to reduce the economy’s reliance on oil and natural gas exports.

An Economy on the Brink of Collapse

This move towards economic diversification comes at a time of economic troubles for Turkmenistan. The price of gas went from US$350 to US$185 per 1,000 cubic meters between 2014 and 2017, leaving Turkmenistan in debt and desperate for other sources of revenue, as the country’s economy is “entirely reliant on gas exports”. Turkmenistan’s debt stems from the government’s use of billions of dollars in Chinese loans to pay for a new gas field. China is now the main buyer of Turkmen natural gas, after the Russian gas company Gazprom stopped buying it after a “price dispute”. But China paid for the gas by building a new gas field and pipeline to ship the gas to China, not by hard cash.So, Turkmenistan now has to pay off the loans it took from China to pay for the construction of the gas field. This debt, combined with the decreased gas revenues, mean that Turkmenistan is not able to afford its imports, leading to wheat shortages. People are going hungry, and the government no longer subsidizes water, electricity, and gas, which are subsidies that in the past to quell dissent. Put simply, Turkmenistan is on the brink of an economic collapse. Thus, the Caspian Economic Forum was essential for Turkmenistan.

But, the forum was not just about economics for Turkmenistan; Berdymukhavedov used the forum to improve his image. Since Turkmenistan gained independence in 1991, it has been ruled by two eccentric dictators. The first, Saparmurat Niyazov, built a cult of personality around himself, where his revisionist history of Turkmenistan, the “Ruhnama” or book of souls, was required reading for school children and civil servants alike. When Niyazov died in 2006, Berdymukhavedov, the former minister of health, succeeded him. However, Berdymukhavedov was simply a shift in figure-heads rather than a real change in leadership. Furthermore, forced labor for dissenters and other human rights abuses were common under both leaders. So, unsurprisingly, Berdymukhavedov has used the Caspian Economic Forum to improve his image, as he wanted to promote Turkmenistan as an ideal tourist location. For one, the mere fact that Berdymukhavedov hosted a regional economic forum helps promote his image as a great statesman, rather than an economically gasping  dictator. In addition, the location of the forum was Awaza, an idyllic location that is empty most of the year. This location was presumably chosen because it presented Turkmenistan in a positive light and showed off the country’s tourist potential, even though it’s not exactly representative of the rest of the country, which is currently suffering from famine. The Caspian Economic Forum was also an attempt to improve Berdymukhavedov’s image and standing on the world stage.

The Caspian Economic Forum was many things for Turkmenistan: a starting point for the country’s economic diversification, a way for the president to improve his image, and a sneak-peak of Turkmenistan’s potential as a tourist location. Turkmenistan has been hit hard by the drop in gas prices, so the government is scrambling to reorient the economy. Turkmenistan is an important country in Central Asia, as it is a relatively stable compared to its neighbors. Thus, if the country collapses economically, it could cause even more instability in the region. All in all, only time will tell if this forum will be an economic success for Turkmenistan. But if the Caspian Economic Forum was any indication, Turkmenistan it trying to get back in its saddle.