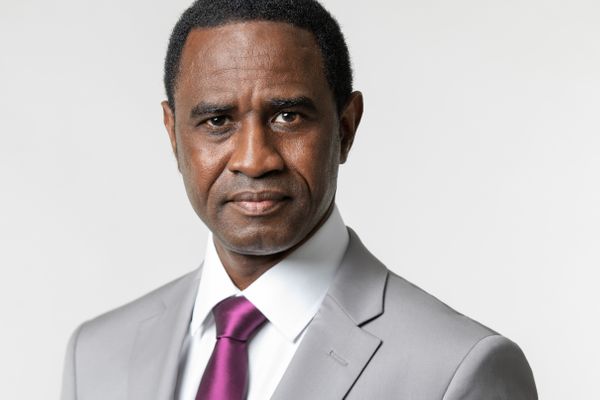 Will Guinea Slide Into Civil War? The Opposition's Perspective

An Interview with Sadio Barry

The small West African country of Guinea succumbs to chaos: post-electoral violence has erupted after President Alpha Condé’s reelection on October 18, 2020. The opposition bloc is at critical juncture, having protested for over a year against the anti-democratic means Condé adopted to maintain power: a questionable constitutional referendum, repeated human rights abuses, electoral fraud, and the violent repression of the recent demonstrations.

In addition to Condé’s rising authoritarianism, Guinea remains caught in the vicious cycle of bad governance and poverty despite its mineral wealth, making it “a trapped country”. Indeed, the lack of prospects and low literacy rates have led to mass emigration of Guinea’s extremely young population, posing further constraints on the development of the country. As these preconditions are considered to make a country prone to civil wars and instability, the question about the future of the country is more relevant than ever. Unfortunately, the signs are ominous for Guinea, as people’s frustrations seem to have reached explosive potential. Will Guinea slide into chaos? Is there any hope for peace and democracy?

Human rights analyst Linda Ghirardello of Eurac Research Bozen-Bolzano, Italy, spoke with Abdulaye Sadio Barry, a Germany-based exiled Guinean leader of the new-generation opposition party Block for Alternation in Guinea (BAG). The interview was conducted in French and translated to English by Ghirardello.

Mr. Barry, how do you see the current situation in Guinea and is it different to observe it from Germany? Where does Guinea stand after ten years of Alpha Conde's governance, according to your perspective?

The situation in Guinea is dramatic and worrying. Seeing it from Germany gives me a broader perspective because I have access to more information coming from different sources and regions. Since Guinea is one of the most backward countries in terms of telecommunications, only the young people in the main cities have access to the internet and social networks. In the countryside, most information is still distributed orally.

Guinea is indeed doing very badly. The country is in disastrous conditions in terms of infrastructure; roads and electricity are especially lacking. However, the most serious problem is the division of our society. Socially, economically, and educationally, Guinea is in a dilapidated state where all sectors are red; it is despairing. All the democratic gains that we have achieved, the respect of human and political rights, and for laws in general, have been dismantled by corruption. In fact, the president, Alpha Condé, is everything: the institutions of the Republic, the State itself! It seems like he has no other notion of power than this form of modern absolutism.

These elections will lead us to chaos because they lack any consensus. In the opposition’s eyes, everything is being done on an illegal basis through the corrupt mechanism Condé has set up in all national institutions. But, the major cause of the anger in the country is the fraudulent Referendum that occurred on March 22, 2020 that enabled Condé to run for a third term and maintain power.

However, my political party, the BAG (Bloc pour l’Alternance en Guinée) did not run for election because we neither recognize the new constitution nor the legitimacy of its resultant elections. The whole opposition bloc had initially agreed to fight to remove Condé from power at the end of his term. Unfortunately, the main opposition party, the UFDG of Cellou Dalein Diallo decided to run for election anyway.

How is Alpha Condé seen by the Guinean opposition today?

What I observe is that the youth are demonstrating against Condé even in his own region. Many Guineans see the current president as a liar. He is called "Papa Promise" because he has never kept his promises and commitments. A large part of the population, including some the ethnic group of the Malinké who used to support him, do not trust Condé anymore. Moreover, he no longer has any political allies in the West African region except the Ivorian President Alassane Ouattara, who also aspires to a third illegitimate term as well. These are Africa’s presidents for life! It would be time for them to rest, but Condé wants to die in power. He wants to stay in power until death. That is why he does not refrain from sending the army and his militia to kill opponents and demonstrators; he cannot bear to leave power alive. Condé has always been one to make a lot of noise. He had been criticizing the dictatorships in Guinea for over 40 years as a political activist, but fighting an incumbent dictator does not make someone automatically a democrat.

From your perspective, how will the opposition react?

I am convinced that Condé cannot maintain power without using violence. If he wants to maintain power, he must use the army, the police, and the militia that he himself has trained. This will surely lead to a violent reaction from the opponents. There is a strong risk that violent groups will emerge in Guinea, as people feel that no one is defending them: neither the State, nor justice, nor the international community.

The opposition is, however, composed of several parties that are led by former ministers among whom there are strong rivalries. This is their main problem, making them unable to overcome personal interests. Also, they are merely technocrats. Cellou Dalein, leader of the opposition Union of Democratic Forces of Guinea (UDFG), believes he can beat Condé.

Do you believe the scale of violence will increase?

The resistance of the opposition will inevitably lead to a confrontation between the population and the army. The current scale of injustice in the country and people’s frustrations can, in my opinion, easily lead to the outbreak of a civil war. The situation is indeed very serious as the opposition has previously always appealed for appeasement. But, this time it is intent to resist and fight Condé’s aspiration to a third term. I, therefore, fear that the use of force will be much more accentuated than in March when five churches were set on fire and more than 120 people were killed.

What is the role of law enforcement authorities in this regard?

Before Condé came to power in 2009, Guinea had experienced the massacre of September 28 at the Conakry Stadium. As the army executed 157 people and publicly raped over a hundred women, the newly elected Condé proclaimed reforms to regulate the army. However, the recruitment process was not transparent, and Condé introduced elements of his personal militia into the security forces, most of whom had been part of his rebel group against dictator Ahmed Sékou Touré. Condé has, thus, managed to tribalize the police, the gendarmerie, and the regular republican army, which today is composed of a single ethnic group, the Malinké. I know that over the last year, the Guinean army has used its weapons against the Fulani population, which is notably also the community of the political opponent Cellou Dalein Diallo. For example, during demonstrations in Conakry, the army fired bullets at protestors—even at children—killing and chasing them through neighborhoods.

In Guinea's neighboring countries, notably Mali and Ivory Coast, similar political crises are taking place. Do you see the risk of a destabilization of the entire region?

The case of Guinea should be of concern to everyone. If Guinea is destabilized, it will push the youth and the poor to embark on the path of exile. What is more: we have already experienced a brutal dictatorship for 26 years that caused more than 50,000 deaths and drove many prominent intellectuals and community members to exile, weakening civil society. Guinea, thus, contributed to populating its neighboring countries through its forced diaspora. If Condé pushes us into chaos and violence, there will inevitably be a conflict between the Malinké and the Peul people in all neighboring countries. I can only imagine what happens if such an ethnic conflict reaches beyond national borders! In my opinion, an inter-ethnic conflict in Guinea means that all other Peul and Malinké communities of Central Africa would be concerned as well. A destabilization of Guinea would certainly imply a destabilization of the whole region.

Are there any historical reasons playing a role in this conflict that need to be considered to find a solution, or at least to avoid a bloodbath?

Most of the conflicts that we experience in many parts of Africa have their roots in the colonial period and are due to the creation of artificial states, which have divided several communities. This is notably the case of the Malinké and the Peul, who can be found in Guinea and all other neighboring countries. Without an established democracy in these states, the governing ethnic group generally tries to oppress all others by privileging its own community. Then, in total absence of law, equity, and justice, other communities take up arms in defense of their interests.

To what extent do the political parties adopt ethnicity as a political tool?

The actual political parties have in most cases been created for their own protection by former ministers under the military dictatorship of Lansana Conté. These parties are therefore based on their families, on their communities and villages, and keeping up a very strong communitarian ideology. Today, many Guineans are tired of these old leaders and profoundly doubt that they will lead the country to democracy. New generations should have a chance to serve their country!

In your opinion, are there any political parties trying to break with this ethnic logic and adopting a more inclusive notion of citizenship?

In its composition, the oppositional block, the FNDC (Front National pour la Défense de la Constitution), has succeeded in breaking with regionalism and in bringing together people without taking ethnic issues into account. Political parties of the new generation, such as the Liberal Bloc or my party, the Bloc for Alternation in Guinea, are more nation-based and mobilize the youth, women, and various other people through their political projects and visions rather than through ethnicity.

Let’s talk about future perspectives for Guinea: what does the country need and what will be the major challenges?

Our country is fortunate to be naturally endowed with mining, agricultural, and human resources that would be capable of ensuring prosperity to our population. What Guinea lacks is good governance and the rule of law. If Guinea achieves strong rule of law, it could ensure adequate development of the country with jobs and prospects for our children who would no longer need to immigrate to Europe.

I think that one of the biggest challenges for Guinea will be to overcome ethnic cleavages and to reach social reconciliation. We need a consensual constitution not tailored for one person or community, but based on human rights. Only this way we can restart our country on all levels: economic, industrial, and social. Many qualified but exiled people could return and bring their know-how, talents, and skills back into the country and contribute to Guinea’s recovery. It is simply a matter of creating the conditions to attract those people.

What do you wish for Guinea?

My most fervent wish is that the international community, and in particular the Europeans, do not shut their eyes to what is happening in Guinea right now. In my opinion, the Europeans could prevent our country from sliding into a civil war through diplomatic and economic pressure. This could save human lives and prevent an entire people from plunging into chaos. What I wish for today is that Europe steps up.