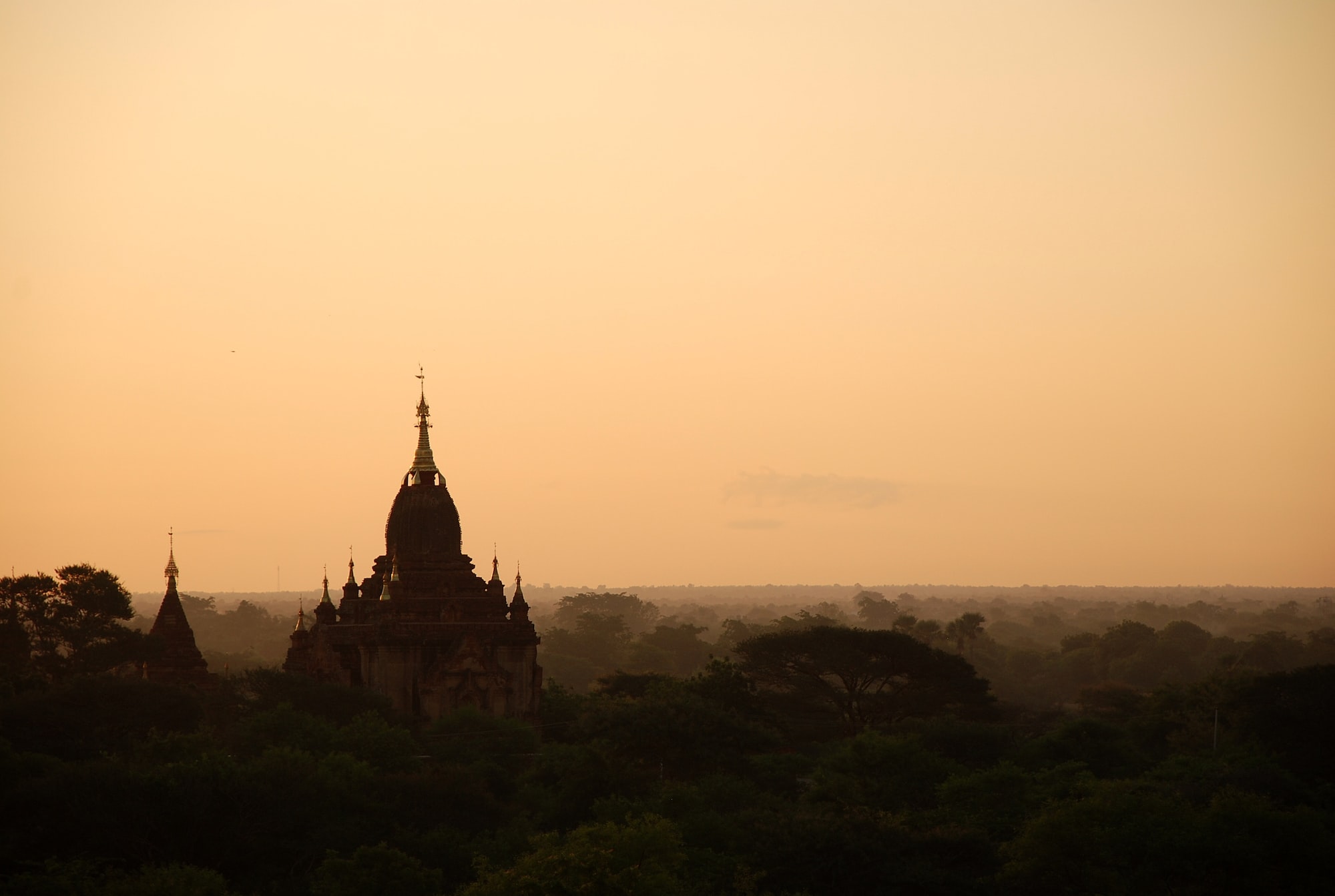 Why Myanmar’s Military Targets the Rohingya: The Politics of Slaughter

For the past two years, the world has periodically tuned in to the horror facing the Rohingya, a Muslim minority group in Myanmar. An estimated 6,700 Rohingya were slaughtered by the Myanmar military, known as the Tatmadaw, in a single month, despite repeated international condemnation. While the plight of the Rohingya has garnered the bulk of international attention, it is far from the only ethnic conflict in Myanmar. The Tatmadaw has been engaged in a decades long conflict with not only Rohingya, but also the Kachin and Kokang peoples who live in Northern Myanmar. Tensions between the Tatmadaw and these groups have grown recently and could continue to escalate in the near future, but violence towards the Rohingya has operated on a much larger scale and in a more egregious fashion than violence towards either the Kachin or the Kokang. A closer examination of this unbalanced treatment explains the geopolitical motivations underlying the Tatmadaw’s persecution of the Rohingya above other ethnic groups.

The Kachin are perhaps the most well-organized ethnic minority opposition to the Myanmar central government. The Kachin Independence Army (KIA) boasts 10,000 men, and the Kachin state, based in northern Myanmar, is rich in resources such as gold, amber, and jade, which the Kachin Independence Organization (KIO) exports to countries like China. The combined military and economic strength of the KIO make conflicts with the KIO costlier for the Myanmar government. While the Myanmar government would like to take control of the Kachin mines, which it was able to do to a limited degree in 2017, the conflict with the KIO has not approached the slaughter conducted against the Rohingya.

The other major ethnic minority group that has opposed the Myanmar central government are the Kokang people, who also live in northern Myanmar. In early 2017, conflict erupted between the Myanmar National Democratic Alliance Army (MNDAA), a Kokang-based armed group, and Tatmadaw, causing local civilians to flee north into China. While these escalations in conflict are certainly concerning for both political and humanitarian reasons, they nonetheless pale in comparison to the large-scale displacement and slaughter of the Rohingya.

The Kokang and the Kachin have not met with the same fate as the Rohingya because they share one major advantage—China. Both the Kachin and the Kokang have received support from China during past conflicts with the Tatmadaw. During the latest outbreak of conflict between the KIA and the Tatmadaw, the Chinese government intervened on both sides to broker peace negotiations. Similarly, China lodged diplomatic complaints against Myanmar and extracted diplomatic concessions from the Myanmar government when Chinese civilians were killed during the Kokang conflict in 2015. However, in the midst of the Rohingya crisis, the Chinese government has acted quite differently. China has not only continued to support the Myanmar government during the Rohingya crisis, but even blocked a United Nations Security Council statement on the human rights situation regarding the Rohingya.

The reason for China’s support of the Kachin and the Kokang is relatively simple—doing so serves the Chinese government’s political interests. The Kokang are very close ethnically to Han Chinese, and the Chinese government, recently fomenting nationalism at home, can enhance domestic popularity by supporting the Kokang. Furthermore, the Chinese government has historical ties to the MNDAA. The MNDAA started as an offshoot of the Burmese Communist Party, which was supported by the Chinese Communist Party through the 1980s. While China no longer actively arms the MNDAA, they have a vested interest to maintain close ties since China can use the MNDAA to influence Myanmar’s domestic affairs in the future.

China’s support for the Kachin is more based in economics. China is involved in the Kachin resource sector and has invested in energy infrastructure in and around the Kachin region. Military conflict between the KIA and Tatmadaw disrupts Chinese resource imports from the Kachin and threatens the security of China’s energy investments, giving the Chinese government a strong economic incentive to limit the scale of the conflict.

Perhaps the most important reason for China’s efforts to mediate conflict for both the Kachin and the Kokang is geography. The Kokang and the Kachin regions are situated along the Myanmar-Chinese border, so a conflict in either region directly threatens Chinese border security. In the past, bombs from Myanmar’s conflicts have landed inside Chinese territory and even killed Chinese citizens. There is also the persistent worry of a refugee crisis that would send thousands or even millions of refugees flowing into China. Unlike the Kachin and the Kokang however, the Rakhine state, controlled by the Rohingya, is in western Myanmar. Mass violence directed towards the Rohingya therefore has little bearing on Chinese border security. Combined with the fact that China has little economic or political interest in protecting the Rohingya people, it is relatively unsurprising that China’s support for the Rohingya has been lacking.

However, the Tatmadaw needs to instigate a large scale ethnic conflict to help the military preserve power despite their precarious political situation. It is not a coincidence that the rise in ethnic violence took place as Myanmar’s government transitioned from military control to a democracy. The transition threatened to diminish the power of the Tatmadaw, and the best way for them to maintain military power is to initiate a conflict where the military is intimately involved. The political benefit they reap from an ethnic conflict in particular is that the Tatmadaw can garner nationalistic support by stoking ethnic tensions. The conflict also puts Aung San Suu Kyi, the leader of the Myanmar democracy movement and de facto leader of Myanmar—the military prohibits her from holding office—in a difficult position. Suu Kyi cannot actively oppose the Tatmadaw’s actions because doing so would risk domestic support and threaten the young Myanmar democracy. However, by condoning the military’s actions, Suu Kyi has been condemned by the international community and lost much of her international soft power. In either case, the democratic leadership of Myanmar is weakened and the military strengthened.

The reason that the Rohingya in particular were targeted is therefore clear. They are the most vulnerable ethnic minority group in Myanmar. The Tatmadaw cannot initiate a large scale ethnic conflict against either the Kokang or the Kachin for fear of angering the Chinese government. The Rakhine state does not share a border with China, and while it does border Bangladesh, this neighbor poses far less of a geopolitical threat than China does. In fact, the Rohingya are often falsely accused of being illegal immigrants from Bangladesh, and this could be another source of rallying nationalistic support for the Tatmadaw. The Rohingya have one final characteristic that makes them particularly vulnerable: they are predominantly Muslim. The Kachin are largely Christian, and the large scale slaughter of Christians would almost certainly produce a more forceful reaction from the Western world. Unfortunately, since the Rohingya are mostly Muslim, the predominantly Christian superpowers of the West have done little to stop the genocide in the Rakhine state.

The Tatmadaw needed an ethnic conflict to survive politically, and the Rohingya were unfortunately the perfect target. Because the Rohingya have no major allies in the international community, the Tatmadaw can ravage the Rakhine state with little fear of meaningful retribution. The Kokang and Kachin conflicts have been destabilizing and problematic in their own right, but these peoples have been spared the horrifying fate of the Rohingya because their safety happens to serve China’s geopolitical interests. The tragedy of the Rohingya is not only that have they been treated as a geopolitical pawn, enhancing the political interests of the Tatmadaw, but also that they are a pawn that the international community considers expendable.