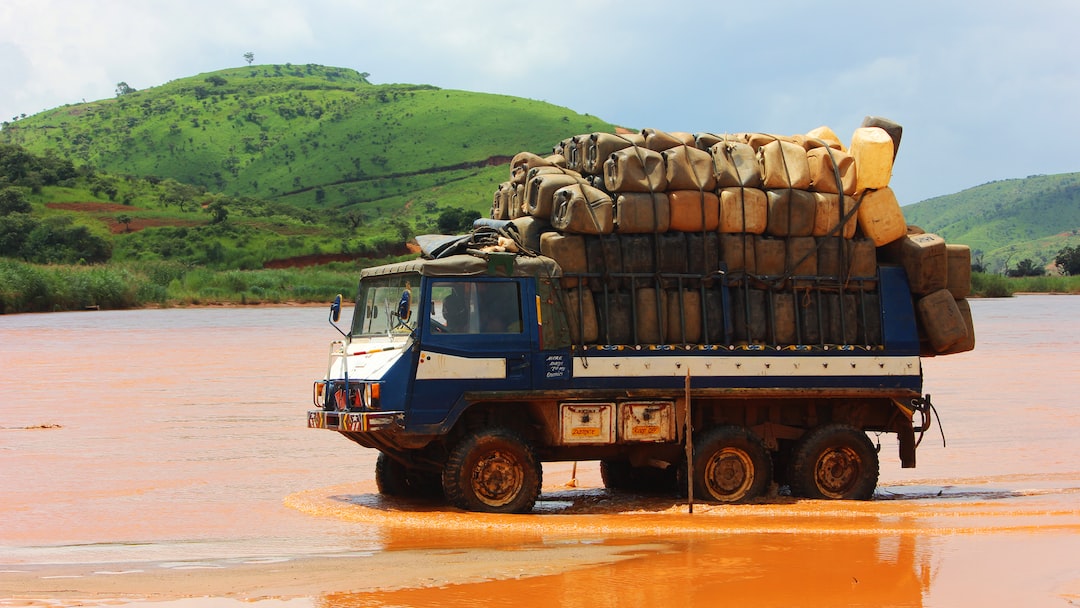 Where that Used Teddy Bear Really Goes: Corruption and Inefficiency in Humanitarian Aid

Eleanor Roosevelt, the first United States delegate to the United Nations, once stated, “The UN is our greatest hope for future peace. Alone we cannot keep the peace of the world, but in cooperation with others we have to achieve this much longed-for security.” Since its inception, the UN has stood as a beacon of international cooperation and hope for collaborative, international humanitarian response. It has assisted over 60 million refugees since 1951 and has provided food to over 80 million people across the globe annually. Oftentimes, this very optimistic rhetoric is the only discussion concerning humanitarian issues that appears in the common discourse of donor countries. It does not tell the entire story.

Humanitarian aid has a history of inefficiency in its administrative success that is rarely brought up. Aid often fails to reach the recipients who need it most because of corruption, lack of communication, and cultural insensitivity. Even worse, those who are most in need of humanitarian aid are those most vulnerable to its failures, so an inability to take action will perpetuate the suffering of millions of innocent people.

The business model of humanitarian aid is entirely dependent on the mutual trust between the donors, beneficiaries, and facilitators. If the donors question whether the right people are receiving aid, then the number of donations will decrease. If the recipients do not think that the aid is being distributed fairly, then the communities in need will be less inclined to cooperate with institutions claiming to provide support. Ultimately, it all comes down to the middlemen of humanitarian aid—NGOs and governments—and if these organizations are corrupt, then success of humanitarian programs plummets.

In fact, trust in the integrity of humanitarian aid is so important that corruption in the field faces serious documented stigma. According to Paul Harvey in his article for ReliefWeb, a blog supported by the UN Office for the Coordination of Humanitarian Affairs, “Humanitarian aid agencies… remain reluctant to openly discuss and share learning due to fears that talking about corruption could undermine public support for aid in donor countries, as well as impact local aid relations and increase tensions within societies.” While NGOs and governments try to deal with internal corruption, donors are left in the dark, and accountability cannot be upheld from the outside. The lack of transparency in this field unintentionally enables and feeds corruption.

In the UK, more than half of people polled by YouGov replied that they agreed with the sentiment that “Most overseas aid does not get to the intended recipients.” Furthermore, other polling shows that most people in the recipient countries are aware of corruption in aid. In other words, the data show that that the middlemen are not succeeding in their efforts to hide corruption from donors or recipients of humanitarian aid. So why does the stigma behind disclosing corruption still remain? Built on false premises, organizational concerns about stigma appear to damage to aid efforts across the board.

According to Transparency International, the leading NGO in fighting corruption, claimed, “Most international humanitarian operations take place in fragile states, with weak rule of law, inefficient or dysfunctional public institutions, and a limited ability to prepare for and prevent humanitarian disasters.” For example, Somalia and Afghanistan are two of the countries most in need of humanitarian aid today. Transparency International ranks Somalia last place of all 180 countries in its Corruption Perceptions Index while Afghanistan sits at 172nd for 2018. The correlation of high corruption and severe need for humanitarian aid is a concerning reality because it shows that the people who are not supported by their government are those most in need.

Corrupt officials use acts such as bribery and extortion, which can make the economics of aid extremely inefficient. Costs of goods and services increase because the decision-making prioritizes processes that favor financial benefit of the corrupt official over efficiency. Fewer resources reach the most vulnerable people—not to mention that the quality of aid falls as well. Given both the direct effects of overall lower quality aid and the indirect effects of distrust of officials and governments, there is a clear need for action against corruption in the realm of humanitarian aid.

Corruption in humanitarian aid is especially difficult to combat for two main reasons. First, it is difficult to track. Supplies can be stolen, governments can create barriers in the name of sovereignty, corporations can bribe procurement officials, compromising the quality of food, shelter, etc. Second, emergencies require fast action. An organization’s desire to help those in need immediately could supercede any pressure to avoid corruption or cultural insensitivity.

Transparency International stresses that communication is key to any successful humanitarian mission. There needs to be a consensus on who receives aid and how much as a method to monitor for missing supplies. Donor governments, the UN, humanitarian agencies, and host governments all need to collaborate more concerning communication over emergency preparedness and anti-corruption strategies.

Corruption prevention needs to be integrated across all levels of administration, from top level officials of NGOs and the UN to the people living in the communities that require assistance. Donor governments should provide incentives for reporting corruption, and a confidential complaint system needs to be set up to enable such reporting. Accountability is absolutely crucial in the fight against corruption, and community-level reporting can do a great job in giving accurate information to the top officials and administrators, increasing accountability of governments and workers. In northern Kenya, for example, a pilot program has been set up that promotes reporting and follow-up on corruption complaints. Citizens feel that they have accessibility to controlling their lives, and there is greater awareness of corruption on the administrative level.

Humanitarian aid agencies also need to stress greater awareness of the specific regions and communities which are receiving help. Although some speed may be lost, thorough analysis of local power structures and governmental history are necessary to properly train staff for potential barriers and threats. Integrity and efficiency clearly needs to hold greater value in emergency humanitarian preparation and response as they will prove more successful in the long-run when agencies and officials are more prepared.

While corruption is egregious, especially when it flourishes at the expense of those most in need, fighting corruption is a tremendously complex issue—corruption prevention is not the only place that the international community can improve humanitarian aid.

Haiti
Following the 2010 earthquake in Haiti, the international community pledged a total of US $3.5 billion: an unprecedented amount of humanitarian aid at the time. All the while, much of the humanitarian efforts to aid the island nation proved shockingly unsuccessful given the resources flowing in from donors. There was a lack of senior humanitarian leadership, resulting in ineffective coordination and inefficiency in distribution. Coordinators for various regions, information management, and technical support were also deficient. All three are considered cornerstones of disaster response success or failure.

The reality is that successful humanitarian action requires clear and efficient communication, data collection, and information management, and in the case of Haiti in 2010, ineffective administration caused millions of US dollars in humanitarian aid to go to waste, or be distributed to the wrong people.

Georgia
Indiana University professor, Elizabeth Dunn, recounts a similar experience from her experience at the border between Russia and Georgia where she worked in refugee camps from the Russo-Georgian War. Her account shows the experience of humanitarian aid from the point of view of those receiving it.

One important point that she brings up is the competitive relationship that NGOs share with one another, for, although NGOs do not have the typical connotations of a business, they nonetheless must compete for their survival. This competition and lack of communication ultimately hurts the recipients of aid. The shifting humanitarian aid market causes instability in resource flow, and refugees are unable to plan for the aid which they should get. NGOs hold their cards against their chests leaving not just their competition, but the people who need their support, in the dark.

In addition to these carefully calculated business decisions, the Georgian humanitarian crisis had some questionable policy decisions. Dunn witnessed another major slip by the humanitarian aid agencies when the international community pushed for a multi-million dollar proposal in which infant formula was provided to refugees. The surge came following the success of a program in the Congo where water sanitation was a major issue. Dangerous pathogens such as cholera lived in the water, so infant formula was difficult to access. However, there are fundamental differences in between the Georgia and the Congo, namely infrastructure, which make the infant formula plan pointless for the Georgian refugees. Georgia has high-quality drinking water, and sanitation was not a problem: the “ingenious” plan would effectively make no impact because it was not needed.

Donors Misunderstand the Needs of Recipients

Similarly, as with many humanitarian crises, there is often a culture in donor countries for the people to send anything they can. Dunn uses the used stuffed animals as an example in the case of Georgia. While used teddy bears flooded the market for refugees, there was not a demand to meet the supply—the refugee camps had an average age of 54. Despite the good intentions of donors and humanitarian aid agencies, there was a clear disconnect—once again—over what was given and what was needed.

Humanitarian aid agencies and donor country misperceptions painted all refugees as the same, requiring the same resources, experiencing the same pain, and coming from the same culture. In actuality, the refugees in Georgia simply needed the humanitarian organizations to be attentive to their unique situation. Funding could have gone toward building a strong communication system such as cell towers, which might have continued to benefit the refugees and the entire community both in the short- and long-run.

In her article for the American Association for the Advancement of Science, Dunn remarked that the lessons from the Georgian refugee crisis could be carried over to understand how to address today’s crisis in Syria more effectively. While this remark holds poignant, the stories from Georgia as well as the case of Haiti and Transparency International’s accounts of corruption can all be used to develop stronger humanitarian aid for the people who will need it in the future. The United Nations and many of the NGOs that are serving today’s international community have been able to make some significant positive impacts on struggling communities. Yet, through more streamlined communication and greater political, social, and cultural awareness for each unique community ravaged by humanitarian crises, the success of humanitarian aid can be improved to reach more people and with higher quality support than has ever been seen before.