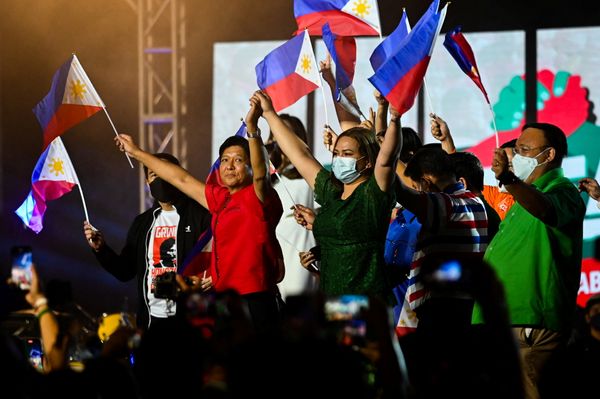 What Happened? Revisionism, Clan Politics, and the Philippine Election

This past May, Filipino voters cast their ballots for the country’s next president. Ferdinand “Bongbong” Marcos Jr., the son of the infamous deposed dictator Ferdinand Marcos, reigned victorious. Running alongside Sara Duterte, the daughter of former president Rodrigo Duterte, for vice president, the presence of infamous names draws back the curtain on the illusion of democratic choice in Philippine democracy. Based on this election, it seems that clan politics and historical revisionism will continue to reign supreme.

Political dynasties have long held a monopoly of power in the Philippines. In the 2013 senatorial elections, many highly-favored candidates were either incumbents or relatives of former politicians. In fact, according to political analyst Richard Heydarian, 70 to 90 percent of elected offices are held by “big name” families. Further, as reported by Time, in the 2019 Philippine elections, the majority of winning governors, congressmen, and mayors belonged to families that already held multiple elected positions. These families, called “fat dynasties,” hold much of their political influence through patronage in impoverished regions of the country. According to a 2019 paper published by the Ateneo Policy Center, fat dynasties are growing in both influence and number.

Political dynasty domination erodes democracy by undermining actual political competition and excluding outsiders from public service. In addition, there are fewer ways to hold these politicians accountable for effective governance; studies have shown that areas led by dynastic politicians have “lower standards of living, lower human development, and higher levels of deprivation and inequality.” Dynastic rule has fatal consequences, too. CNN Philippines reported that in the southern province of Maguindanao, the Ampatuan family dominated political leadership in Maguindanao, a southern province, for 20 years. In 2009, Esmael Mangudadtu, a member of a ruling political family on the island Mindanao, ran against Datu Andal Ampatuan Jr. for provincial governor. On the way to the local office of the Commission on Elections, 58 people, including Mangudatu’s relatives, supporters, and bystanders, were killed by the private army of Mangudatu’s opposing candidate and Ampatuan himself.

Having recognizable names undoubtedly helped Marcos Jr. win as he could draw on the popularity of his family’s legacy. Marcos Jr.’s presidential bid was strengthened by his partnership with Sara Duterte. Considering the history of the Marcos family, it should be surprising that their notoriety has led to their electoral success: Marcos Jr.’s father was infamous for his declaration of martial law, which led to widespread popular protests and his consequent exile, an event known as the People Power Revolution. To those who know contemporary Philippine history, the Marcos name evokes a dark period of dictatorship, and Marcos Jr.'s victory represents a threat to Philippine democracy. Activists, such as Judy Taguiwalo, have stated that the very image of a Marcos running for the highest office is a “brazen show of disregard and contempt for the thousands of Filipinos killed, disappeared, tortured, displaced and violated” under Marcos Sr.’s rule. Vice reported that during the dictatorship, more than 70,000 people were imprisoned, 34,000 were tortured, and 3,200 were killed.

But, to those who have not experienced the regime, this brutal legacy is not as clearly linked to the Marcos name. The dictator’s son has achieved popular favorability through major revisions to his family’s history. On the campaign trail, Marcos Jr. claimed that he would restore a past sense of greatness that was once true under his father’s leadership with his slogan, “Together we shall rise again.” Much like “fat dynasties” who gain political influence through patronage networks, Bongbong Marcos Jr. benefitted from his father’s patronage relationships in the northern region of Ilocos, where the Marcos family is originally from.

Lastly, while many witnesses of Marcos Sr.’s rule contradict this narrative, younger voters, born after the dictatorship, are unable to confront this revised history because of a lack of coverage in the country’s textbooks. Instead, they turn to social media, where Marcos’ PR team circulates misinformation through Tiktok and Facebook. They focused on “denying the atrocities of the Marcos regime” and circulating misinformation, such as overstating Marcos Jr.’s educational attainment and that his family had inherited, not stolen, their wealth. This hazy collective memory of the original Marcos regime combined with three intervening decades of economic inequality has left Filipino citizens disillusioned, leaving them nostalgic for the original Marcos administration.

The Marcos victory has shown that clan dynamics and historical revisionism will inevitably characterize post-Duterte politics. Because this term is the family’s “second chance,” as proclaimed by Marcos’ sister, it will be necessary to observe the regime’s adherence to democratic principles and protection—or erosion—of Filipino citizens’ human rights moving forward.