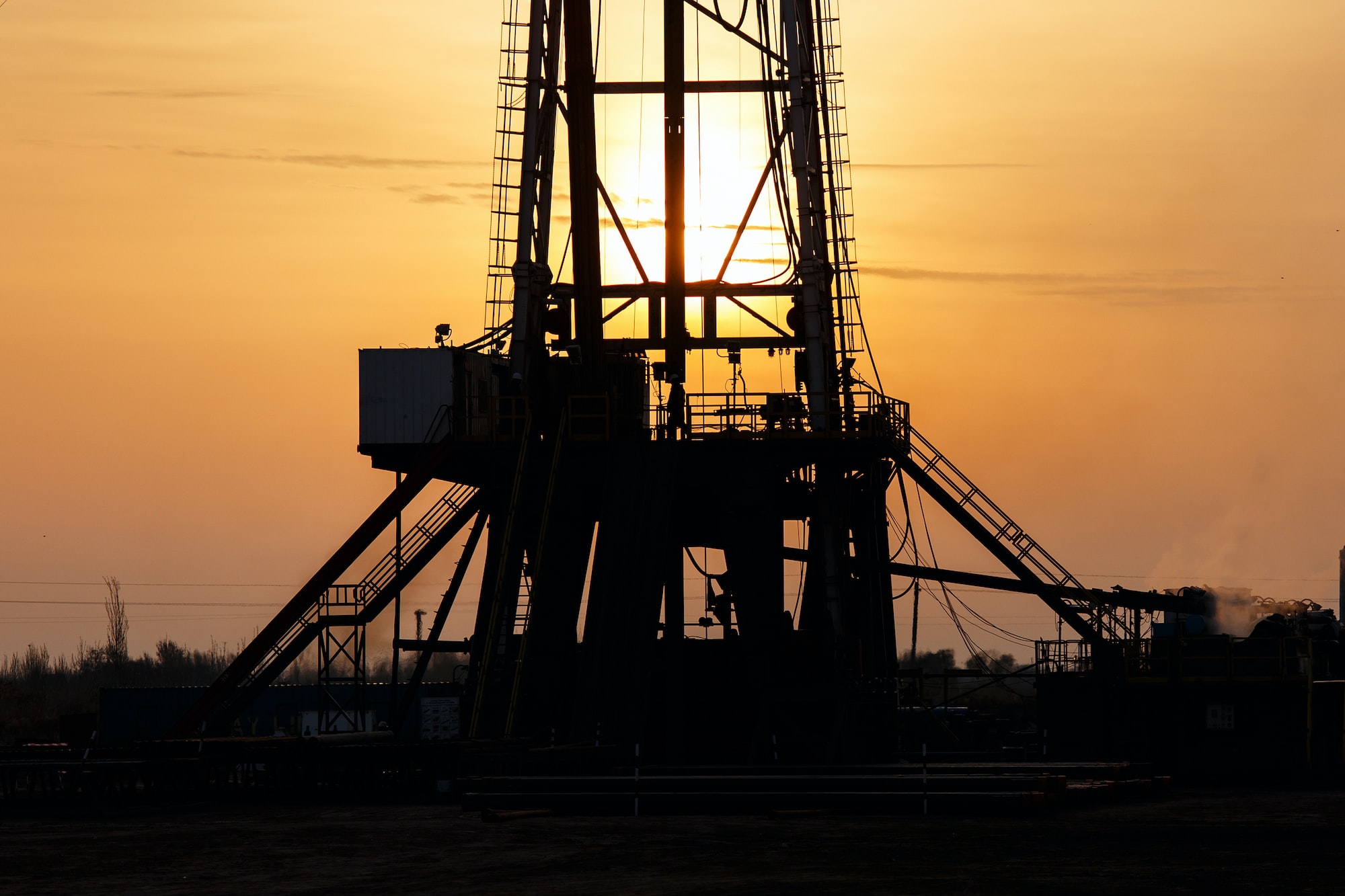 In 1914, the first oil well in the country of Venezuela, Zumaque-I, opened for the first time. Its use heralded the beginning of Venezuela's oil age, as the then largely agrarian South American state turned into one of the world's leading oil producers. Over the next 100 years, Venezuela saw many twists and turns in its development, from a period of immense wealth, prosperity, and democracy in the 1970s to an economic downturn in the 1980s to the rise of Hugo Chavez's socialist Bolivarian Revolution in the 1990s. But while each of these decades saw numerous ideological movements, political changes, and more, one thing largely stayed constant: oil. Oil funded the country's social services, the national budget, and was the essential lynchpin of the economy.

Consequently, the Maduro regime's oil crisis has turned into a catastrophe. Sanctions, mismanagement, and corruption have prevented the upgrading of Venezuela's oil infrastructure, and most of it is on the verge of becoming entirely non-functional. Meanwhile, hoping to preserve his regime's power against political challengers and total economic collapse, Maduro has begun to extract and export as much oil as possible, hoping to reap the rewards before the country's production entirely collapses. The result, however, has been an environmental and humanitarian crisis of truly unimaginable proportions.

A Health and Environmental Catastrophe

Aging infrastructure combined with the Maduro regime's flooding of the oil market means that Venezuela's state-run PDVSA oil company has been pumping out oil without concerns about contamination. As a result, PDVSA rarely cleans up oil spills regularly, meaning that oil is now damaging Venezuela's once-pristine environment and harming the health of the communities in the region. Local communities are now forced to deal with the consequences of the Maduro regime's unsafe and careless production practices, placing a significant health burden on poor communities.

Thanks to oil contamination, the health of many average Venezuelans has been jeopardized, as communities fear that oil-related pollutants have entered the local water supply and that production explosions and fires might decimate neighboring villages outright. Additionally, the accumulation of toxic oil pollutants in the water supply will likely result in both short-term skin damage and long-term health effects for millions of Venezuelans.

Meanwhile, pollution and oil spills are harming the Venezuelan environment as well. Water pollution has made agriculture less successful, harming the many rural communities who depend on their crops for both their health and sustenance as well as their livelihoods. Pollution is also devastating the local ecosystem, killing off precious plant and animal species. Moreover, this environmental collapse threatens to spill over to other countries in the region, as pollution and oil spills travel across borders into neighboring countries like Brazil.

Lastly, unrestricted and unceasing oil production is almost certain to contribute to the ongoing challenge posed by climate change, threatening to increase Venezuelan emissions in a manner that will be harmful to global climate goals. Therefore, Maduro's reckless policies are not only creating a national crisis in Venezuela but also risk causing a regional and global one as well.

The Harbinger of the Green Paradox

But the ecological woes of Venezuela are a potential harbinger for another crisis that the world may see more of in decades to come: the green paradox. The green paradox is a theoretical argument about the ways in which environmental policy can affect and sometimes counterproductively increase resource extraction for fossil fuels like oil. The chief premise of this theory is that as governments begin to use carbon taxes, renewable energy, and decrease demand for fossil fuels, the price of oil drops. As a result, oil producers end up attempting to sell as much of their oil as quickly as possible before more renewables and regulations further limit the global demand. Naturally, this promotes reckless and highly unsustainable production practices as oil companies try to extract as much as possible, only accelerating the pace of climate change.

In Venezuela's case, the green paradox is a bit different—demand for Venezuelan oil is down, but not due to environmental regulations. Rather, it has been caused by the degradation of Venezuelan oil production infrastructure. This is what spurred the Maduro government's reckless and unrestricted actions. However, in both cases, the underlying logic is the same: oil producers in other countries will start ramping up production to sell as they can before renewables enter the market. Venezuela is choosing to amplify production before its infrastructure collapses.

Thus, Venezuela is foreshadowing the effects of the worst-case scenario the green paradox predicts, and it serves as a warning for the consequences of these actions: an untold number of health and safety risks, damage to poor communities, and regional environmental devastation. As a result, Venezuela is truly a canary in the coal mine for the international community as similar situations could play out in other petrostates across the world.

Solving this problem of unrestricted oil production requires tackling the same underlying logic as to why Venezuela today, and other oil producers tomorrow, might want to pump and sell so much oil. In theory, nations could engage in a number of possible solutions. First, they could use their existing revenue to diversify their economies, investing in sectors like manufacturing, tourism, and services so that oil is reduced to a smaller fragment of the national GDP. The benefit of diversification is that it decreases the importance of oil. Under the logic of the green paradox, if countries are not as oil-dependent, they may feel less of a need to risk environmental damage to produce more of it. This diversification model has occurred in petro-states before—Saudi Arabia, for example, has extensively invested in Vision 2030, a plan to move the nation off oil dependence by investing in service and education sectors. Diversification could thus represent one possible solution to the green paradox.

In the case of Venezuela, however, this diversification and renewed investment are not possible. Saudi Arabia has a relatively stable political system that allows them to design diversification programs, and its large annual oil revenues allow it to invest in new economic ventures. But Venezuela has none of these benefits: the nation's political system is in crisis as Maduro's regime has faced sanctions and domestic unrest over its autocratic rule. This has prevented the creation of safe and sustainable investment options for both foreign and domestic benefactors, who might otherwise help restructure the economy. Additionally, the oil revenues of Venezuela are not stable due to the country's degrading infrastructure, which means that even backers friendly to the Maduro regime view Venezuela as a poor economic prospect. As a result, diversification from abroad seems near impossible in Venezuela's case.

Solving Venezuela's environmental crisis, therefore, might require a different and more immediate solution. Aside from public pressure, one possible step might be to limit the sale of Venezuela's oil. Officially, the United States has maintained an embargo on the sale of Venezuelan oil since the beginning of the country's political crisis. However, many international companies continue to buy Venezuelan oil and resell it to other states to circumvent the embargo.

If the United States were to convince these buyers to comply with the embargo, the Maduro government would lose demand for its oil, likely resulting in oil production operations shutting down. However, this idea comes with a problem—many Venezuelan oil buyers might not want to comply with these operations since the oil trade is quite lucrative. This is not to mention the fact that oil is a vital industry in Venezuela, and shutting down this trade could have substantial negative effects on the livelihoods of oil workers, many of whom have no other source of income.

Another idea is allowing Maduro to partner with foreign firms to receive new oil infrastructure, as has been done in the past. New tools would enable Venezuela to produce oil in the future and remove the pressure for Maduro to rapidly export at present. Of course, this solution also comes with its own problem—namely that Venezuela would still pump out oil, contributing to climate change, while the Maduro regime might use its oil wealth to crack down on Venezuelan citizens. In essence, there are few feasible short-term solutions to this problem, which in itself should send a clear warning to other oil producers: diversifying from oil in the short-term may be easier than trying to solve the problem later down the road in the midst of the green paradox.

Whatever the case, solving Venezuela's crisis will likely require a combination of these proposals. Perhaps governments could charge Venezuela with international legal challenges, or impose more sanctions until it begins to clean its oil spills as a form of temporary mitigation. Meanwhile, actors like the International Monetary Fund (IMF) could provide loans contingent on Venezuela engaging in democratic reforms and economic diversification, as the IMF has done elsewhere in Latin America. However, whatever the solution, Venezuela's environmental crisis serves as a harbinger for what might await the rest of the world if proper care is not taken. Without efforts to diversify economies and make unrestricted oil production economically unviable, the international community risks more states attempting to push out oil rapidly as the world transitions into a greener future. The consequences of those acts could be devastating, and thus it is up to the international community to use economic, political, and diplomatic power to assist in the diversification of petrostates to prevent future environmental catastrophes.