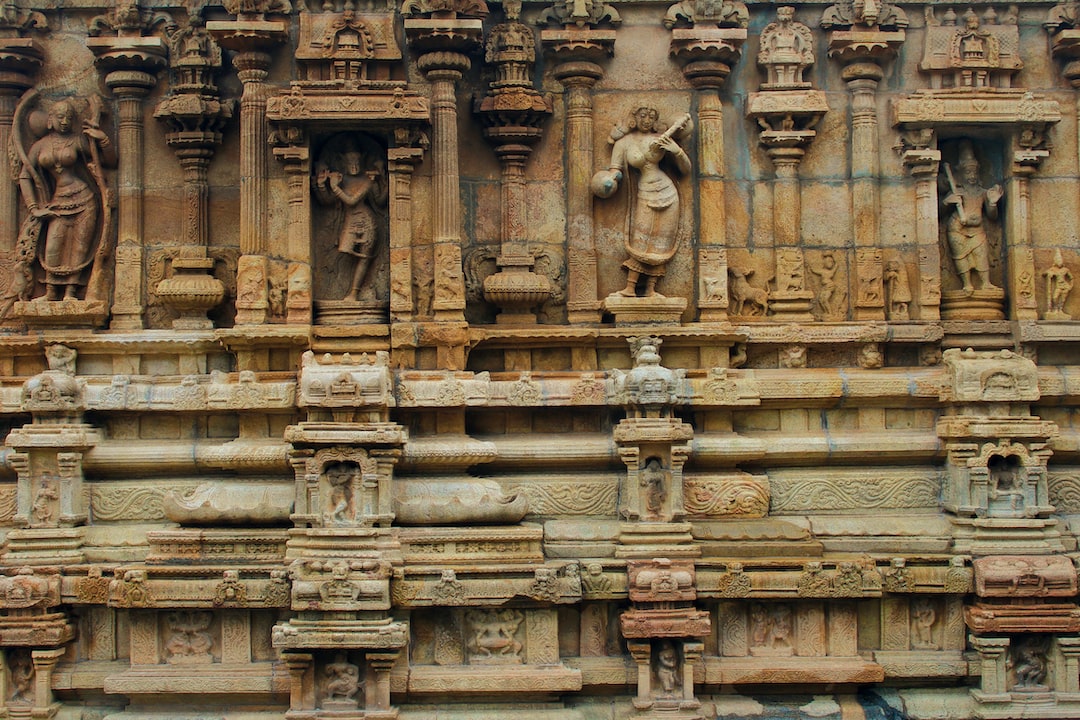 Between 2007 and 2016, the American federal government investigated what it called a “sweeping conspiracy.” According to the criminal complaint, a prominent New Yorker, Nancy Wiener, dealt with smuggling groups and suppliers to move items into the United States, took steps to hide the criminal aspects of her work, and sold the items for a large profit. The items weren’t drugs or weapons: instead, they were looted antiquities.

Unfortunately, this is not the only case in which the illicit trade in looted antiquities has come to public attention. Items from seated Buddhas to Roman coins to Assyrian stelae to Syrian mosaics have featured in recent criminal indictments. The problem also isn’t new: the world’s first archaeologists and Egyptologists pioneered the practice of looting artifacts, and many famous antiquities in the world’s museums are in fact looted. The Elgin Marbles and the Rosetta Stone at the British Museum? The Dendera zodiac at the Louvre? The Euphronios krater at the Met? The Benin bronzes at museums across the world? All looted. Even Harvard’s own Peabody and Sackler Museums have looted antiquities.

Although the debate over whether to return antiquities looted or stolen in the past occupies a fair amount of airtime within the archaeological community, the scale of the modern illicit antiquities trade should not be scoffed at either, as looting of antiquities poses a threat across the world. To stop the theft of countries’ tangible cultural heritage and cut off a growing source of funding for criminal organizations and terrorist groups, the international community as a whole and states individually must take more concrete actions to reduce both the supply of and the demand for looted antiquities.

The British criminologist Ronald Clarke’s CRAVED framework explains why antiquities are considered “hot products” for international crime networks: they are concealable, removable, available, valuable, enjoyable, and disposable. Although estimates of the size of the trade vary from US$200 million at the low end to more than US$1.6 billion at the high end, the illicit antiquities trade certainly presents a large source of income for criminal organizations and terrorist groups alike.

Antiquities experts largely describe the illicit antiquities trade in four stages: the looter, early-stage intermediaries (e.g. smugglers), late-stage intermediaries (e.g. dealers), and consumers (collectors and museums). Although multiple intermediaries can occupy each stage of the process, generally the timeline of a stolen artifact passes through these four stages: theft, transport, appraisal and laundering, and sale. More specialized actors populate the later stages in this process, and higher profit margins in each stage reflect this fact; organized crime syndicates often dominate the second stage of the process, as they will transport any commodity (including antiquities) that they perceive to be profitable. The Nancy Wiener case illustrates this process perfectly. First, thieves looted or stole artifacts from sites across Asia before allegedly selling those artifacts to Wiener. Wiener then allegedly created false provenances (or chronologies of ownership) for the artifacts and sold them through auction houses such as Christie’s and Sotheby’s, completing the process.

As ISIS began to take over territory in Iraq and Syria, it quickly seized upon looted antiquities to supplement its revenue. Although renowned for destroying large-scale archaeological sites like Palmyra, ISIS had no qualms about smuggling smaller items out for a profit. Initially, ISIS “licensed” excavations and imposed a 20 percent tax on its licensees before requiring that looters sell artifacts to them at a 20 percent discount. Eventually, ISIS took matters into its own hands, doing the excavation and smuggling itself, taking steps to control dealers and middlemen, researching the internet for the most profitable artifacts, and selling artifacts directly to consumers through eBay and other internet sites. As the group lost power, it began to revert back to the four stage model: a series of intermediaries would buy artifacts from ISIS itself in Iraq and Syria, smuggle them through Turkey into Eastern Europe, falsify papers along the way, and sell them in major trading centers such as Paris and London.

Recent estimates of the scale of ISIS’s trade in looted antiquities in particular have varied as well, ranging from US$36 million to US$360 million, while the Russian ambassador to the UN estimated in 2016 that ISIS controlled 100,000 artifacts at 4,500 archaeological sites. Even looking at the more conservative estimates, these numbers allowed the terrorist group to carry out a number of attacks and further its control over territory in Iraq and Syria.

Other countries within the Middle East are major targets for looted artifacts. Large-scale unemployment and chaos after America’s invasion prompted large-scale looting in Iraq, looters took advantage of chaos during the Arab Spring to carry off Egyptian artifacts associated with ancient royal tombs, and the Syrian Civil War has provided ample opportunities for looting, with both the government of Bashar al-Assad and the Free Syrian Army taking a cut of the trade. Smuggling networks associated with the Taliban, such as the Haqqani network and Hezb-al-Islami, have also made large profits off of smuggling Afghan antiquities out of the country through the United Arab Emirates. In Cyprus, the division between the Turkish-dominated north and Greek-dominated south has also presented ample opportunities for both looting and smuggling.

With ISIS’s decline in both prominence and territory, the threats to Middle Eastern antiquities have subsided for the moment, although antiquities stolen by ISIS continue to circulate on black and gray markets. However, other areas of concern have moved to the forefront, especially the growing trade of looted Chinese antiquities emerging in Hong Kong and a series of antiques shops on the city’s Hollywood Road. A quirk in Hong Kong’s law, known as the market overt exception, gives title to a good’s buyer in the case of a provenance dispute if the buyer bought the good in a retail shop. This exception means that previous owners cannot reclaim looted or stolen objects from buyers, creating a perfect location for the laundering of looted antiquities.

The international community has made at least some progress in returning looted artifacts recently: the United States will return more than 4,000 artifacts from a trove that Hobby Lobby, the arts and crafts store in the news more for reproductive rights than ancient artifacts, had smuggled into the United States illegally to Iraq’s National Museum, while the British Museum, in a high-profile move, returned eight objects, including an animal amulet, a ceremonial weapon, and a cuneiform-inscribed cone, that had been looted from the Iraqi city of Tello. Meanwhile, several museums across Europe recently agreed to loan several looted Benin bronzes to Nigeria’s planned Royal Museum. Unfortunately, these moves are largely symbolic in nature, especially considering the vast scale of the looting involved in Iraq, and countries like the United States and the United Kingdom must make more progress in returning artifacts that have been illegally looted.

Steps to combat the illicit antiquities trade must tackle both the supply side and the demand side of the trade, as well as both international and domestic aspects of the trade. At the source, many states, such as Iraq, need stronger protections of archaeological sites to prevent unauthorized excavations. Posting soldiers from a national military or enlisting locals as armed guards could provide this protection, but it could also be expensive and inefficient, in terms of both manpower and money. Alternatively, local authorities could install fencing, “spiky” plants, or other psychological boundaries such as half-walls and flower beds to minimize access to archaeological sites. Monitoring sites with satellites and using AI pattern recognition technology could improve response times to thefts, but these tools may also be outside the reach of cash-strapped local governments.

Alternatively, the international community could work with local stakeholders to educate them on the benefits of local cultural heritage and how to prevent antiquities looting. For example, the Iraq Emergency Heritage Management Training Scheme will train 50 Iraqis in retrieval techniques. Museums can also help to promote a tourist market around local archaeological sites, increasing the incentive for locals to preserve these sites and their associated artifacts.

Peter Campbell, a professor of archaeology at the University of Southampton, proposed several solutions for targeting the various intermediaries in this process tied to the idea of limiting convergence settings, or places where individuals can transact illicit business, in his analysis of the trade as an international criminal network. Identifying the location of these convergence settings and deploying a police presence to these locations forces criminals to choose riskier sites, reducing the volume of trade. Meanwhile, focusing on distribution bottlenecks (such as in the late-stage intermediaries, specialized art dealers) maximizes law enforcement resources and effects on the trade, and more vigilance in detecting and removing potentially looted artifacts from internet trading sites can reduce trade in this vital artery of the trade.

Educating collectors and museums about the illicit antiquities trade can also reduce the demand for these types of artifacts. Red lists do not specify individual looted artifacts; rather, they specify categories of artifacts that commonly appear in the illicit antiquities trade, in order to alert collectors to be more vigilant when purchasing objects in those categories. Specifying individual artifacts known to be looted, stolen, or missing, meanwhile, can also prevent these known artifacts from changing hands. By raising red flags and increasing the amount of information available, reputable collectors and museums will be less likely to inadvertently buy looted artifacts, and better information collection can help to “name and shame” those who do buy looted artifacts.

Of course, the international nature of this trade means that changes in domestic laws and behaviors will not stop the problem by itself. Helene Vollgraaff, a South African museum curator involved in several international museum associations, suggested increased information sharing between countries and more effective cooperation networks between various governmental enforcement agencies to combat the illicit antiquities trade in southern Africa, but these solutions can be applied everywhere. Stronger customs checks, especially in countries along major arteries of antiquities between the Middle East and Europe, can reduce trafficking of all goods, not just looted antiquities, as can stronger penalties for trafficking and a general investment in resources in stopping this trade.

Broader cultural and economic changes, while easier said than done, can help to stem the tide of antiquities looting. Promoting the value of antiquities, explaining the harm to a country’s cultural heritage, and elucidating the benefits for terrorist networks can both reduce societies’ tolerance on crime and the number of potential buyers for looted antiquities, like the global campaign against blood diamonds has raised awareness of this issue and prompted buyers to be more cautious in purchasing these goods. Likewise, improving the economic or security conditions of a country can reduce the incentives and the opportunities, respectively, for actors at the lower levels of the four stage model.

Overall, the illicit antiquities trade threatens the cultural heritage of countries all around the world, from Syria to China to Cyprus, and gives criminal networks and terrorist groups like ISIS sources of income. The Nancy Wiener case, and the alleged “sweeping conspiracy” set out in the indictment, is merely the tip of the iceberg of this trade; without stronger action, it will certainly continue. If nothing more is done, the world’s cultural heritage will most certainly suffer.