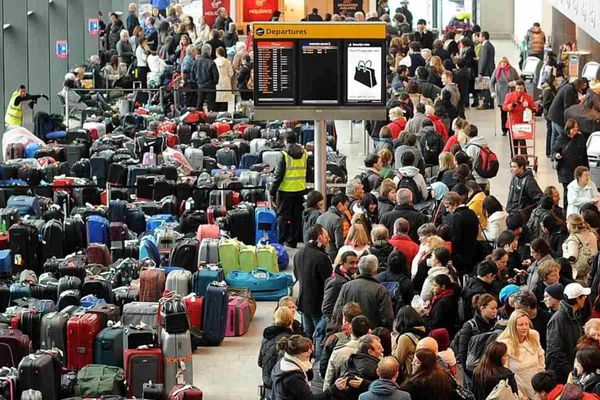 Dreams of idyllic relaxation have quickly morphed into chaotic nightmares for many European vacationgoers. Long lines, luggage pile-ups, and thousands of canceled flights have become the new normal amidst Europe’s busiest travel season: summertime. While confusion and frustration can be found in any airport around the world, this summer stands out because several European airlines are not only facing backlash from disgruntled customers—but their employees as well.

Beginning around late June, a “domino effect” spread across the European aviation industry. Brussels Airlines workers held a three-day strike on June 23. The following day, Ryanair workers from Belgium, Portugal, and Italy walked out as well. Those in Spain held a later strike in early July and proceeded to announce 12 additional days of strike, stretching through the entire month. In France, the civil aviation authority canceled flights out of Paris Charles de Gaulle after walkouts from airport firefighters and Air France pilots. Lufthansa, EasyJet, and Scandinavian Airlines (SAS) also faced employee strikes throughout July, with SAS even filing for bankruptcy. Despite these strikes taking place with different staff members, different companies, and in different countries, they share the same demands: higher pay and hiring rates.

However, why are all these strikes happening now in the same timeframe and region? An explanation of this summer’s phenomenon of European airline strikes en masse requires an exploration of recent events such as the COVID-19 pandemic and the war in Ukraine. Medical, industrial, and political factors have coalesced to create the European aviation industry’s biggest delay towards a successful summer.

The ways airlines adapted to COVID-19 produced lingering consequences for pilots in particular. Facing “a historic collapse in travel demand” in 2020 due to lockdowns, travel bans, and general public anxiety over leaving home, the global aviation industry was forced to shrink to survive. Airlines not only reduced the number of flights offered but also the number of people operating them. With fewer flights running than in pre-pandemic times, airlines suddenly had a surplus of pilots. The aviation industry thus began encouraging pilots to leave through incentives like “early retirement, voluntary departure, and unpaid leave packages.” However, any temporary financial salvation provided by these acts has run the industry into trouble lately.

The world is currently experiencing a spike in travel demand as the pandemic recedes and “revenge travel” takes over—a phenomenontrend where people want to make up for vacations missed in prior years. However, airlines have not expanded their labor force back to pre-pandemic numbers to match their growing customer base. Many pilots who quit have settled into new careers and will not return; a 2021 poll found that over half of the world’s pilots no longer fly for a living. Europe consequently faces a pilot shortage, causing airlines to overwork the pilots they do have. These pilots have now taken to the picket lines to protest for better work-life balance, along with higher compensation.

COVID-19’s disruptive effects on supply chains impacted pilot wages during the pandemic. Border shutdowns and orders for lockdowns broke apart global supply chain networks, resulting in shortages of specialized equipment crucial for technological operations. Scarcity—along with rising operating costs due to fewer available workers—has driven up the price of these goods, many of which are essential for the aviation industry to function (such as semiconductors). Airlines must spend more money on such commodities, leaving less funds available to pay their labor force. In addition to persuading pilots to leave, many European airlines implemented pay cuts in 2020 to prevent further job losses. Two such examples are Ryanair (20 percent pay cut for pilots) and Lufthansa (45 percent pay cut for pilots). Both companies faced walkouts this summer for pay restoration to pre-pandemic amounts. British pilots for Ryanair, represented by The British Air Line Pilots’ Association, actually reached an agreement with the airline this past June for increased salaries and benefits through 2026, accelerating the restoration process.

The world’s “strained” supply chains combined with increased consumer demand is one of the biggest reasons behind current inflation. With the cost of living climbing higher and higher, airline workers seek to keep up with inflation by demanding better wages. Right now, they have maximum leverage. The summer travel boom along with the aviation industry’s labor shortage makes this season a prime time to strike.

The aviation industry is not only suffering a shortage of pilots, but employees from all sectors as well. Airport workers, technical staff, and flight crew numbers have all fallen since the pandemic, during which roughly 191,000 European aviation workers were let go. This staffing shortage places a higher burden on the employees that remain and hinders the efficiency of company operations in general. Essentially, these employees are doing more work for lower pay due to pay cuts. As a result, this summer’s strikes are pushing for airlines to recruit more workers. However, this is easier said than done.

Airlines are a “specialized workforce,” which means they rely on lengthy, complex hiring and training processes to vet candidate qualifications. One factor significantly slowing hiring down is the time required for new workers to gain security clearance. In France, the clearance process for the most sensitive jobs can take five months. Moreover, the aviation industry’s fears of additional COVID-19 restrictions being implemented and slowing sales discouraged hiring, preventing airlines from adequately preparing for the eventual resurgence in travel demand. The industry is now scrambling to find ways to entice job applicants and fill in missing positions. Some European airports are offering refer-a-friend bonuses for current employees. The German government has started fast-tracking visas and work permits by the thousand for foreign airport workers, mainly those from Turkey. By far, the most common response from airlines to the staffing shortage, however, is to simply cancel flights. From April 1 to June 29, Europe had over double the number of cancellations US carriers had. The cancellation rate for European commercial flying usually sits around 3.5 percent, but it is running over five percent as of late June with sizable upward ticks in the previous two months.

Not only are there canceled flights, but canceled routes as well. The still-raging Russo-Ukrainian War—precipitated by Russia’s invasion of Ukraine on February 24, 2022—represents another major factor behind this summer’s strikes. Aside from labor, fuel is the biggest operating cost for airlines. The invasion has redrawn the map of European commercial airspace, with governments implementing fly-over bans and travel restrictions. Typically, around 90 EU carrier flights overfly Russia everyday, but Russia has banned EU carriers from its airspace since February 28. Additionally, commercial flights are restricted from Ukrainian, Moldovan, and Belarusian airspace for safety reasons. These regulations result in less profit for airlines due to traffic losses and increased long-distance routes. Flights that normally pass through Russian airspace must instead take costly detour routes around the country’s enormous land mass. For services to East and Southeast Asia, this often means that an hour of extra flight time gets added. Airlines are therefore buying more fuel to reach the same destinations.

Moreover, airlines are paying higher prices for the fuel they purchase. The International Air Transport Association (IATA) released a statement back in March predicting that airline losses would likely deepen this year due to increased oil prices caused by the war in Ukraine. The ensuing trade sanctions are exacerbating the weaknesses of troubled commodity markets and supply chains. The price of one gallon of oil, for example, has jumped from US$78 to over US$177 in several months. Prices of hydrocarbon—another major fuel source for airplanes—have also risen since the start of the war, due to concerns over both future shortages and increased demand for non-Russian oil. Similarly crucial for aircraft, titanium is facing shortages and higher prices as a direct consequence of the war. Two of the major producers of titanium are Ukraine and Russia, so global titanium output is heavily disrupted right now. The EU blocked a proposal to sanction Russian company VSMPO-Avisma (the world’s largest titanium producer) on July 21 over fears that Russia would retaliate by banning titanium exports to member states. Yet, such attempts to maintain adequate supply to prevent further scarcity and price increases do not change the current reality of airline overspending on raw materials. This leaves, once again, less money available to pay employees, contributing to the strikes seen this summer.

However, even after solving strike issues, companies are still reeling from the economic impact. Since the strike began, SAS lost over US$145 million, and its stock sank over a quarter of its value. Other airlines are similarly grappling with lost revenue and dissatisfied customers due to flight cancellations. Investors are ditching their airline bonds after an industry that was expected to profit with the current travel boom continues to struggle. Europe’s “mammoth tourism sector” needs the aviation industry to have a successful summer in order to offset skyrocketing fuel prices and revive the economies of tourism destinations, but airlines still have to grapple with restructuring their workforce to handle the travel boom that keeps growing bigger.

Industry versus government conflict has emerged as an important theme this summer as both sides point blame towards the other; companies have complained that COVID-19 policies and background testing requirements hindered hiring practices, while governments say the industry is responsible for organizing their operations after collecting large subsidies to outlast the pandemic.

Looking ahead, it will be interesting to examine how the European Union’s recent change to aviation law impacts airlines. The EU Commission adopted a proposal on July 12 to return airline slot usage rates to 80 percent instead of the COVID-era 64 percent. Slots are airport spaces reserved for specific airlines to use, keeping airports organized, efficient, and safe. Airlines are allocated slots and keep them as long as they use each at least 80 percent of the time. Since available slots are scarce (forcing newer entrants to buy them from other airlines), airlines wishing to keep their slots sometimes resort to tactics such as scheduling smaller flights or “ghost flights” containing empty planes in the slot. The Commission lowered the usage rate to 64 percent in 2020 to give airlines more leeway amidst plummeting travel demand, along with implementing “Justified Non-Use of Slots” (JNUS). JNUS allows airlines to make exceptions to the usual slot rate in situations disrupting air travel, like “epidemiological emergencies, natural disasters, or widespread political unrest.” In short, its purpose is to better manage crisis situations.

Due to the summer travel boom, the Commission believes it is time to return to the former 80 percent rate. JNUS will remain in place, however, in order to better prepare for the unexpected. Still, some aviation groups worry that this change may cause more harm than good. The IATA called the EU’s decision “premature,” noting that the chaos happening at European airports this summer occurred with only a 64 percent slot usage rate. “We are worried,” IATA Director General William Walsh said, “that airports will not be ready in time to service an 80% threshold by the end of October.” The higher threshold runs the risk of incentivizing “ghost flight” tactics in an economy of record-high fuel prices—an unsustainable option for both airlines and the planet. Europe’s aviation industry indeed faces a challenging journey ahead to navigate the effects of COVID-19, war in Ukraine, staffing shortages, and strikes. Through communication and collaboration with their workers and governments, hopefully airlines can weather this storm. 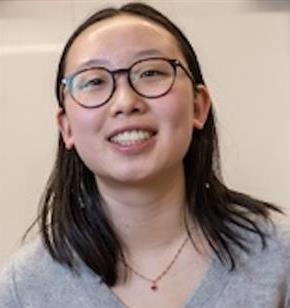 Jacqueline "Jackie" Chen is a staff writer for the HIR. As a first-year studying Economics and Classics, she is interested in the impact of international trade on cultural exchange throughout history.