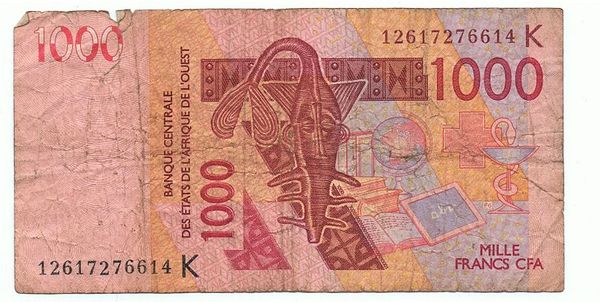 True Sovereignty? The CFA Franc and French Influence in West and Central Africa

France projects itself as being detached from neocolonialism. In some respects, there is reason to believe this claim. Emmanuel Macron is the first French President born after the end of colonial rule. He famously called the institution a “crime against humanity.” During a visit to the University of Ouagadougou in Burkina Faso, he declared that, “I am from a generation that does not come and tell Africa what to do.”

Nevertheless, Macron has continued the tradition of French paternalism. During a speech intended to condemn neocolonialism, Macron said that, “[France] only wants to help her brothers and sisters to succeed and to help this African youth to conquer its future.” At the 2017 G20 summit, he told a reporter that Africa’s problem is “civilizational,” implying that there is something wrong with the continent. The attitude reflected in these statements highlights the greatest barrier to reaching true African sovereignty: France’s continued influence in West and Central Africa.

Unlike what they did in Indochina and Algeria, France granted independence to most of its West and Central African colonies peacefully in the 1960s. Just because these new countries were independent in name, however, does not mean they were sovereign. The lack of a war separating colonial rule from statehood meant that many French systems set up to exploit their colonies remained in place. Although this type of control over the region has declined since World War II, France continues to exert economic, political, and military influence in West and Central Africa—la Françafrique. One of the ways to achieve greater African sovereignty is by reforming the region’s outdated economic system, the African Financial Community (CFA) franc monetary zone, which is inherently unequal and rooted in exploitative practices.

The Economics of la Françafrique

Initially, this arrangement ensured monetary stability in regions that were weak from systematic French exploitation. Pegging the West and Central African CFA francs to the current French currency, first the French franc, and later the euro, did lead to lower inflation rates as compared to other African countries. In this transaction, however, member states traded decreased inflation for fiscal restraint and limited macroeconomic options. One of the founding principles of the system was that colonies had to keep 50 percent of their foreign currency reserves in the French Treasury, plus an additional 20 percent for financial liabilities. Thus, member states only retained 30 percent of reserves within their borders. The long-term direct economic trade-offs of the CFA monetary zone have included both diminished per capita growth and mitigated progress in fighting poverty.

History of the CFA Franc

During the 1980s and early 1990s, CFA members’ economies collectively stagnated due to the prolonged artificially high exchange rate. To fix this issue, the French national government, in conjunction with the International Monetary Fund (IMF) and zone countries, devalued the CFA franc by 50 percent, so that beginning on January 1, 1994, 100 CFA francs equaled one French franc. In addition to bolstering exports and achieving a resurgence in West and Central African countries’ positions in the global economy, the devaluation also led to the expansion of the agricultural, logging, and textile manufacturing industries.

Although the devaluation had positive effects, it more importantly highlighted the inherent issues within the economic system. Since those making the decision did not live within the impacted countries, they did not have to deal with the resulting spike in inflation, as well as the fear and distress that ensued. Policymakers also did not suffer from the favoring of exports over imports. Mohamad Keita, who grew up in Mali and Senegal and whose father worked for the Central Bank of West African States (BCEAO), described the “anxiety and anguish in my parents as they dreaded new hardships to come.” The devaluation pointed out the inability of these regions to increase standards of living for their citizens while under the control of a foreign power.

Without tackling issues of sovereignty, the system cannot work efficiently. The monetary zone limits industrialization and economic development and discourages trade among member states. The credit-to-GDP ratio rests between 10 and 25 percent for CFA countries, but is approximately 60+ percent for other states in sub-Saharan Africa. The CFA franc stimulates huge capital outflows and, due to the fixed exchange rate regime, pushes that money towards Europe, often France. 11 out of the 14 CFA states are deemed “least developed” by the United Nation, and Sub-Saharan member countries fall at the bottom of the UN Human Development Index.

Concern about the use of the monetary zone and France’s role in it has always existed, but tensions have been rising. In 2017, the NGO SOS Pan-Africa led several protests against the CFA franc in African and European cities. The organization later announced a boycott of French goods as a symbol of pan-Africanism. That same year, a video of Franco-Beninese activist Kemi Seba burning a 5,000 CFA franc banknote led to substantial media uproar. Another anti-CFA activist, Boris Aké, said that: “We must do all it takes to ensure that the CFA is abolished forever.”

These sentiments are also voiced by African elites. In 2010, then Senegalese President Abdoulaye Waye said that: “after 50 years of independence… if we get our monetary power back, we will manage better.” Kako Nubkpo, a Togolese economist and official at the West African Economic and Monetary Union (UEMOA), called the system “voluntary servitude.” Former international officers like Sanou Mbaye of the African Development Bank, Carlos Lopez of the UN Economic Commission for Africa, and Henri-Claude Oyima of the BGFIBank also all critique the system.

In response to rising pressure, Macron along with Côte d’Ivoire President Alassane Ouattara announced changes to the CFA franc on December 21, 2019. Speaking at a joint press conference in Abidjan, Côte d’Ivoire with Macron, Ouattara emphasized the need to move away from the currency given its historical ties to the French colonial empire. Beginning in 2027, the 15 Economic Community of West African States (ECOWAS) countries, which include eight CFA franc member states—Benin, Burkina Faso, Côte d’Ivoire, Guinea, Guinea-Bissau, Mali, Niger, Senegal, and Togo—will adopt the eco. The reform includes additional adjustments such as those pertaining to the reserve requirement and the elimination of the French-held board position in the BCEAO.

At a surface level, the reform appears to recognize French neocolonialism and attempts to take meaningful steps toward African sovereignty. These changes, however, are only symbolic. They do not comprehensively liberate CFA countries from European dependence. Because the eco will also be backed by the euro and operate under a fixed exchange rate, the change in this sense is purely nominal. This fixed exchange rate severely diminishes any influence the BCEAO has. As a consequence, the removal of the French presence from the board is unlikely to have any impact.

The reserve requirement will also evolve when the reform goes into effect. Instead of member countries storing 50 percent of their reserves in the French Treasury, ECOWAS states will now exercise control over their own reserves. France, however, will continue its role as guarantor. This change allows France to wield power over the reserves, but rids it of the obligation to bail out former CFA member states in the event of a crisis. Instead, countries will be referred to the IMF. France and former CFA countries will operate under a new set of rules that continue to benefit France and place African countries at a disadvantage.

A potential solution to this problem of economic sovereignty would be to keep the current pooling principle but switch the guarantor. Since the present system is based on the concept of an external guarantee, this option would transfer monetary power from France to another institution, like UEMOA and, eventually, ECOWAS. Taking this reform a step further, member countries could elect to both maintain the current parity with the euro and introduce complementary and non-competitive national currencies. These new currencies would increase competition in internal markets, energize domestic economies, create incentives to monetize subsistence industries, and allow easier access to credit, which is an inherent barrier embedded in the pooling principle. Over time, the fixed exchange rate regime could switch to a flexible or even an adjustable exchange rate regime.

The Macron-Ouattara announcement represents a needed reform. But it is just one of many that needs to happen. Going forward, the challenge will be to keep the benefits of the CFA franc monetary zone, namely a stable currency and low inflation, while transitioning to a new institutional system away from France. A monetary system that holds a former colonial power as the guarantor, regardless of announcements or agreements, will always ultimately fail to eradicate neocolonialism. 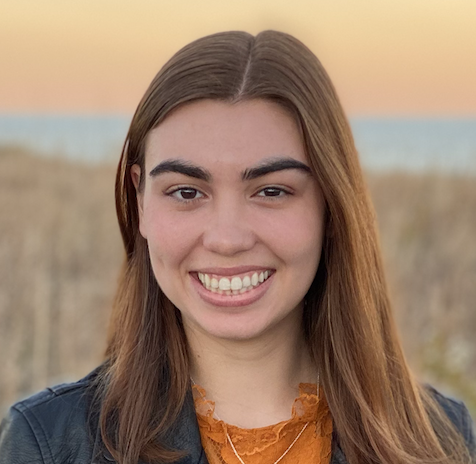