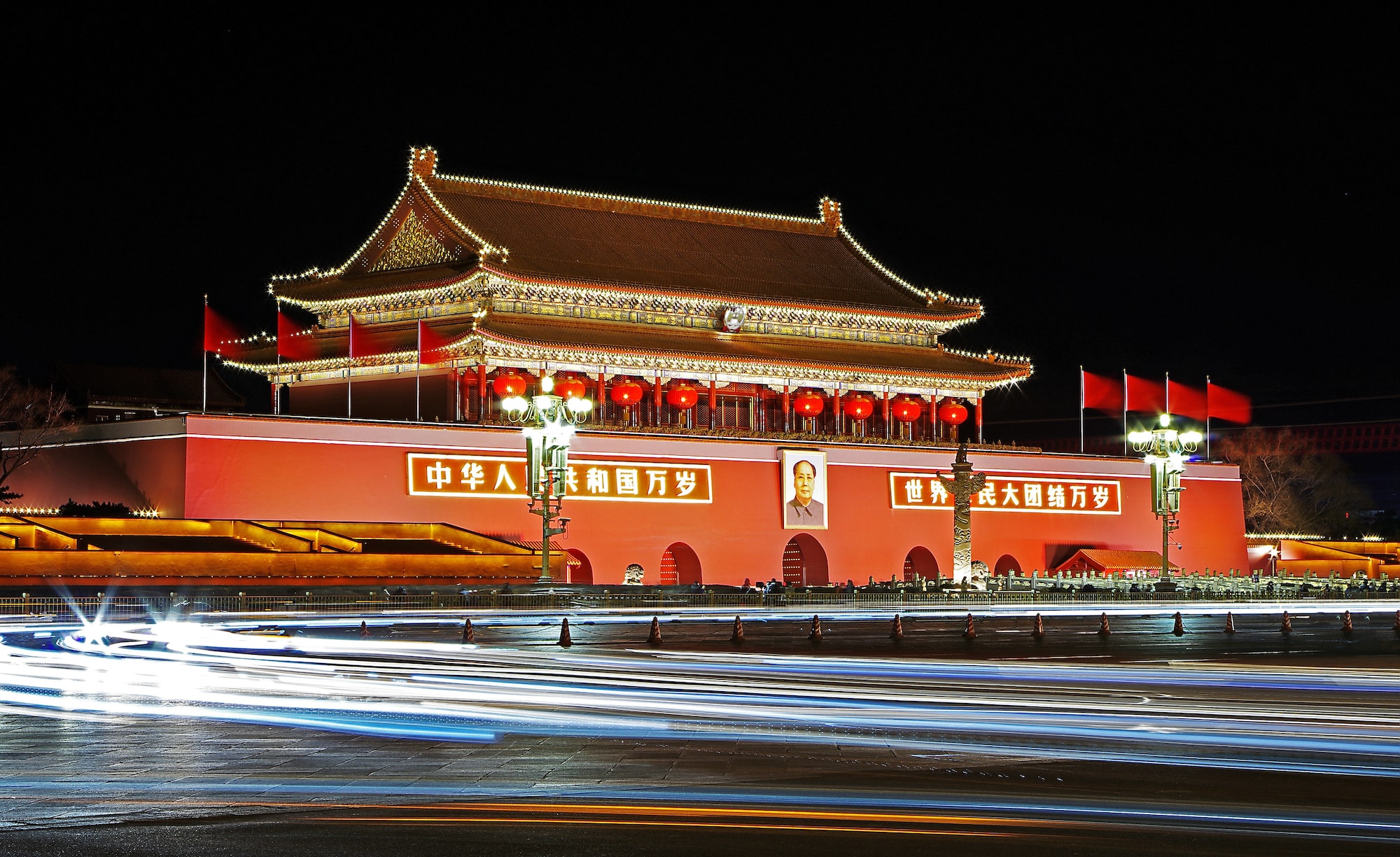 Toxic Friends or Cordial Coworkers?: China and the Taliban

On September 7th, a little over a month after the takeover in Kabul, Afghanistan, Chinese, Russian, and Pakistani special envoys held talks with Taliban officials. For some, this seemed like an unlikely and intimidating trio; however, for those who have long paid attention to the geopolitical relations of this area, these meetings were only a matter of time. The deputy director of the Chinese Ministry of Foreign Affairs Information Department, Zhao Lijian, was reported to have discussed the ongoing situation in Afghanistan and topics such as inclusiveness, human rights, economic and humanitarian matters, as well as China’s hope for friendly relations with the new Afghan government. Unlike the rest of the international community, watching the terrors of the new ruling group in Afghanistan unfold, China has been quiet and neutral, emphasizing non-interference in the internal affairs of Afghanistan. Zhao Lijan’s non-intervention stance raises the question of why China is invested in pursuing good relations with the Taliban and the implications of this potential alliance for the international community.

The relationship between Afghanistan and China goes back as far as the early Han dynasty, but its modern origins came during the 1960s following the establishment of the Chinese Communist Party (CCP). After a series of Sino-Soviet conflicts, Afghanistan and China had diplomatic peace-building and economically transactional relationships. A point of contention between the two countries has been the question of the Uyghur populations in both China and Afghanistan. In China, the Uyghur population is concentrated in Xinjiang province. For a brief period, Xinjiang was the independent state of East Turkestan before it was occupied by the CCP in 1949. It is estimated that around 45 percent of the population in this region is still Uyghur, while around 42 percent is Han Chinese. But nearly 2 million Han Chinese moved to the region in the last decade, as part of the Chinese government’s broader efforts to force assimilation and marginalize the Uyghur people in their own land. In response, there have been numerous militant groups fighting to regain East Turkestan’s independence. Since the early 1990s, these attacks against the Chinese government and civilians have mainly stemmed from the separatist organization, East Turkestan Islamic Movement, and now the Turkestan Islamic Party. One extremely violent example was the 2009 attack in Urumqi, during which almost 200 civilians were killed and 1,000 more were injured. These attacks have prompted China to call these groups “terrorist organizations,” and fueled the strict crackdown on the Uyghur population in Xinjiang.

For years, officials in China have tried to find and extradite Uyghur militants in bordering countries, where they have often fled to seek refuge. However, the issue is more complicated for countries like Afghanistan, which houses an estimated 2,000-3,000 Uyghur Muslims. The Chinese government is wary of the Taliban’s potential to provide symbolic and material support to other Islamic radical groups in China, risking increased ethnic and religious unrest. It’s not the first time this has happened: Taliban and Al Qaeda's connections with Uyghur militants can be traced back to Osama Bin Laden’s plotting of the September 11 attacks while based in Afghanistan. It was around this time in 2002, during the height of post-9/11 fear, that the Bush administration labeled the East Turkestan Islamic Movement a terrorist organization. Following this decision, many feared and criticized the Bush administration for playing into China’s trap, using international hysteria as an excuse to crack down on the domestic Uyghur demographic. Although this decision was later reverted in 2020 by the Trump administration much to Beijing’s anger, the same fear rises once again amongst the Uyghur community in Afghanistan. With China’s talks with the Taliban, many Uyghurs in Afghanistan fear that the Taliban will label them as terrorists and send them to China as a way to gain political and economic favor. This may very well be a strong driver of China’s desire for a positive relationship with the Taliban. Documents leaked to the New York Times in 2019 revealed personal memos from Chairman Xi Jinping, in which he worries that East Turkestan terrorists with training from Syria and Afghanistan will launch terrorist attacks in Xinjiang.

Besides concerns over ethnic and religious minority groups, China has another key reason to pair with Afghanistan’s new regime: economics. The Taliban are currently in need of revenues and investment. The fragility of the Afghan economy was only exacerbated by the takeover. Reliance on foreign aid like in the past is no longer feasible, and any other form of financial support will likely be conditioned on a long list of rules, regulations, and expectations regarding human rights. China offers the Taliban a way out: in exchange for support in developing China’s Belt and Road Initiative (BRI) the Taliban can have access to unrestricted resources to further their agenda. The BRI is currently China’s most ambitious project: it aims to connect a multitude of countries in Asia and Europe through a series of infrastructure projects like railroads, airports, and roads. Policy analysts state that this is a way for China to expand global influence into emerging markets and invest in developing economies. This brings us back to the Taliban. Within the initiative, China plans on investing in and working with Pakistan, the Kyrgyz Republic, Tajikistan, and Afghanistan. In short, if the Taliban turns a blind eye to the Chinese government’s crackdowns on Uyghur “extremists,” they can receive the no-questions-asked empty check they desire.

Additionally, although it is generally a low-income nation, Afghanistan is estimated to have nearly $1 trillion worth of untapped mineral deposits, including cobalt, nickel, and copper. These materials are essential for China, which has 35 percent of the world's rare mineral supply but is in charge of around 70 percent of the global production of minerals. These resources give a significant advantage to whoever is in charge of them, as almost every modern technological gadget is in need of them. In the case of China and the Taliban, for both parties’ leadership, having this plethora of material and financial resources means security and independence. This security and independence are imperative to both the Chinese and Taliban regime to pursue their own internal agendas, ranging from the continuation of human rights abuses to the spread of political ideology without any negative repercussions from the international community, especially from powers like the United States and the European Union or international organizations such as the United Nations.

On the surface level, the China-Taliban allyship may appear as a politically confusing pair or even a perfect match of two regimes with a history of human rights negligence. However, upon second look it is evident there are much more complicated historical, political, ethical, religious, and economic implications as these two groups continue to try to build positive relationships with one another. To limit the potential harm from the growth of this allyship, it will be crucial for global powers with negative experiences with both parties to pay close attention. The global community is still reeling in the aftermath of what occurred in Afghanistan, and if China wants to maintain a positive image and influence in the international community, it will be important for the CCP to tread carefully. It will be equally as important for the international community to make a clear stance on how it will go forward in recognizing or sanctioning the new Taliban regime. What is most important for human rights advocates is to refuse to become complacent and stop advocating for those whose voices are muted for economical and political gain. Only then can groups help and support Uyghurs and other groups like them.

Choetsow Tenzin is a third-year pursuing a joint in Social Studies and East Asia Studies. She is a passionate human rights advocate attempting to share the voices of those that often go unheard.