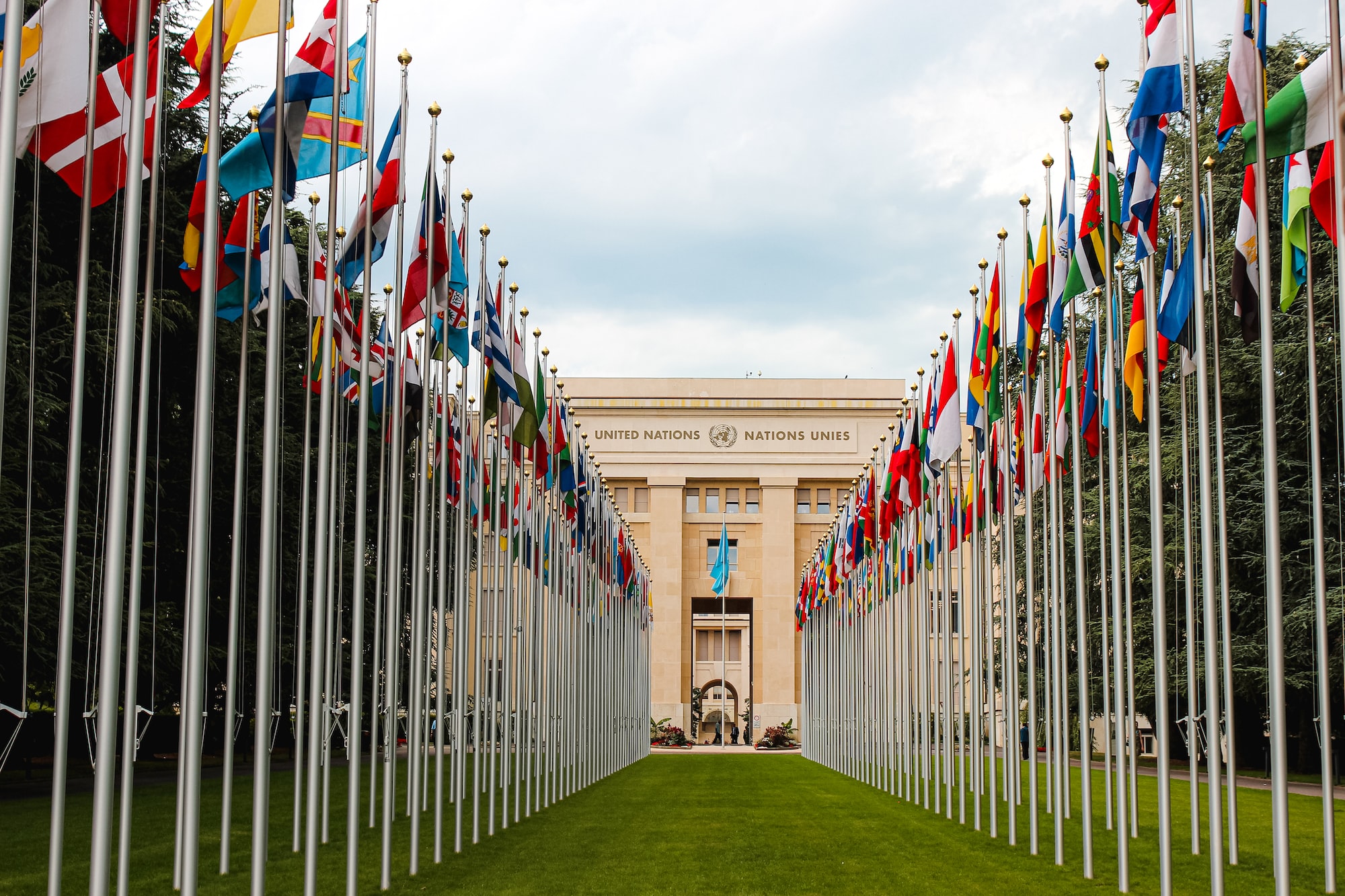 The United States Must Rejoin UNESCO for Its Perpetuum Mobile

It is highly ironic that the United States is not a member of one of the most important international organizations, and one that mirrors America’s founding vision.

After the horrors of World War II, the United States played the leading role of the initiator and supporter of the United Nations Educational, Scientific and Cultural Organization (UNESCO) in 1946. The Preamble to the UNESCO Constitution states that “since wars begin in the minds of men, it is in the minds of men that the defences of peace must be constructed.”

Although the United States has considered itself to be the global peacekeeper and the defender of democratic values in the post-WWII era, it withdrew from the Paris-based United Nations agency twice. The first time was in 1984, when President Ronald Reagan accused UNESCO of corruption and ideological bias towards the Soviet Union based on “extraneous politicization” and “endemic hostility toward the institutions of a free society.”

The United States rejoined UNESCO in 2002 under President George W. Bush in the aftermath of the 9/11 terrorist attacks “to advance human rights, tolerance, and learning.” Rejoining UNESCO was possibly an attempt to promote goodwill and gain broader support from the international community for the ongoing war in Afghanistan and the upcoming conflict in Iraq, and to repair America’s global image by using soft power instruments within the UN system.

The second time the United States withdrew from the UNESCO was in 2017 under President Donald Trump, who accused the organization of harboring “anti-Israel bias.” In any event, the animus had already been set in motion in 2011 when President Barack Obama stopped paying its dues to protest the UN agency's decision to grant Palestine full membership.

In his first foreign policy speech in February 2021, President Joe Biden declared “America is back. Diplomacy is back.” If so, the Biden administration needs to promote and protect the world’s democratic institutions as autocratic rulers emerge around the world to use their ideological forces to undermine scientific and cultural education, filling the leadership void that has been left by the United States.

A perpetual motion machine—also known as Perpetuum Mobile in Latin—is a self-propelled machine that can run independently and infinitely. Physicists know that it is impossible to construct such an autonomous mechanism because it violates the most basic laws of thermodynamics. However, perpetual motion is something that can exist in the abstract, governing human endeavors and interpersonal relations through culture, education, and science.

UNESCO was established to be the most apolitical and democratic of all UN bodies. Unlike the United Nations, where the five permanent members of the UN Security Council have veto power, every member of UNESCO, regardless of its size or power, gets one vote. The aim is to build global peace by enhancing and perpetuating international dialogue through education, science, and culture. These are the cogs of the perpetual motion machine for human progress.

Culture is a way of life. It encompasses the values and ideals which motivate all human activities. Among them, there are democratic values and ideals like equality, freedom, justice, and tolerance. These, in turn, should be fostered through education. It was most accurately described by the leading American delegate and future United States Senator William Fulbright, who at the 1944 Conference of Allied Ministers of Education (CAME) argued that international efforts in education would “do more in the long run for peace than any number of trade treaties.” Without education, there is no science—and no trust in science.

Science is the final link in the perpetual circle. Science can shape our cultures, including our beliefs and mindsets. It leads us back to culture, encircling the perpetual motion. Undermining science with superstitions and irrational beliefs can have consequences as deadly as terrorist acts, wars, and pandemics. The Covid-19 pandemic recently emphasized the importance of science. Unfortunately, many rejected evidence-based scientific findings in favor of conspiracy theories. Egoism and ignorance triumphed, as some sought to inoculate themselves by drinking bleach, while many others refused to follow public health and safety guidelines such as wearing masks—a warped interpretation of individual freedom that continues to put everyone in danger.

Washington’s great UNESCO comeback should no longer be open to question. However, if it were that easy, President Biden could have used the power of his pen to rejoin UNESCO several months ago, empowered by the budgetary appropriation of Congress.

In fact, the glacial pace of the legislative process inhibits America’s national interests. Meanwhile, the US Congress has created a financial and political vacuum in UNESCO by missing its membership dues over the course of the past ten years. This has not gone unnoticed by the United States’ biggest strategic competitor: China. The Communist Party of China (CPC) has wasted no time acquiring more influence within the UN system.

For years, China has followed its “Water and Rock Doctrine,” unlike the United States, whose approach to great-power competition has always been guns and butter. Largely squandering the American legacy of soft power, Washington has invested its massive economic surplus into dollar diplomacy and sustained a formidable military while waging futile wars from Vietnam to Iraq and Afghanistan.

China chose a different path by combining both hard and soft power tools to increase its international influence. Like the power of water, it has been capable of flowing around obstacles, retreating, and emerging elsewhere—and eventually eroding and shaping even the hardest rock. China has learned how to utilize the approach of a slow drip that patiently and steadily pressures and weakens its international opponents to align with Beijing on its agenda.

Most importantly, China has realized that the road to global domination is not only through aircraft carriers and missiles but also through the expansion of Beijing’s already “growing influence in the UN system.” Thus, the CPC has created successful strategies to win the hearts and minds of common people, entrusted friendly governments, cultivated a cadre of national elites from even the smallest countries, and placed Chinese nationals in “top leadership positions” within international organizations.

Recently, China’s strategies have become more apparent thanks to Beijing’s influence on the World Health Organization (WHO) which, throughout the global struggle with the Covid-19 pandemic, has exhibited a pro-Beijing attitude. Indeed, the WHO supported Beijing’s denial of the human-to-human transmission of a new virus until January 20, 2020. According to Taiwanese authorities, the WHO ignored warnings issued as early as on December 31, 2019 by Taiwan—a de facto independent nation of 23 million people which, due to Beijing’s global imposition of the One China policy, is excluded from the WHO.

In summer 2020, Beijing celebrated the triumph of a resolution on Hong Kong in the UN Human Rights Council drafted by Cuba under China’s dictation. The Cuban resolution, which supported Beijing’s anti-democratic actions, received double the number of votes cast for the one issued by the United Kingdom, which condemned Beijing’s actions over concerns about the “erosion of the rights and freedoms” of the Hong Kong people.

These two examples illustrate how China has been gaining more and more influence over the global order through the UN system—including international norms and values, standards, and practices.

Will America be Back?

When Congress authorized the White House to accept membership in 1946, President Harry Truman announced that the United States would “work with and through UNESCO to the end that the minds of all people may be freed from ignorance, prejudice, suspicion and fear, and that men may be educated for justice, liberty and peace.” To fulfill Truman’s promise to the world, and to make American values and democratic ideals prevail, the United States must now rejoin UNESCO to support cultural, educational, and scientific progress in every corner of the globe.

More importantly, the American founding vision for a more peaceful world that defends democracy is at risk due to the growing influence of China and its mission in international organizations and in various countries around the world. The Biden White House must ensure that the perpetual motion—Perpetuum Mobile—of culture, education, and science will not be eroded by authoritarian forces which, drop-by-drop, dissolve democratic values and ideals embodied in UNESCO.

With President Biden’s motto, “America is back. Diplomacy is back,” the United States’ credibility and legacy within UNESCO will undeniably be the signature litmus test of American vitality at this trying time for global leadership.

Dr. Patrick Mendis, a former American commissioner of the United States National Commission for UNESCO at the Department of State, is a distinguished visiting professor of global affairs at the National Chengchi University in Taipei and a distinguished visiting professor of culture and diplomacy at the Chinese Culture University in Taiwan, the Republic of China (ROC). Dr. Antonina Luszczykiewicz, an assistant professor of cultural studies at the Jagiellonian University in Krakow—Poland, is a visiting scholar at Tamkang University and Academia Sinica in Taipei. Both served as Taiwan fellows of the Ministry of Foreign Affairs of ROC. The views expressed in this analysis do not represent the official positions of their current or past affiliations nor governments.