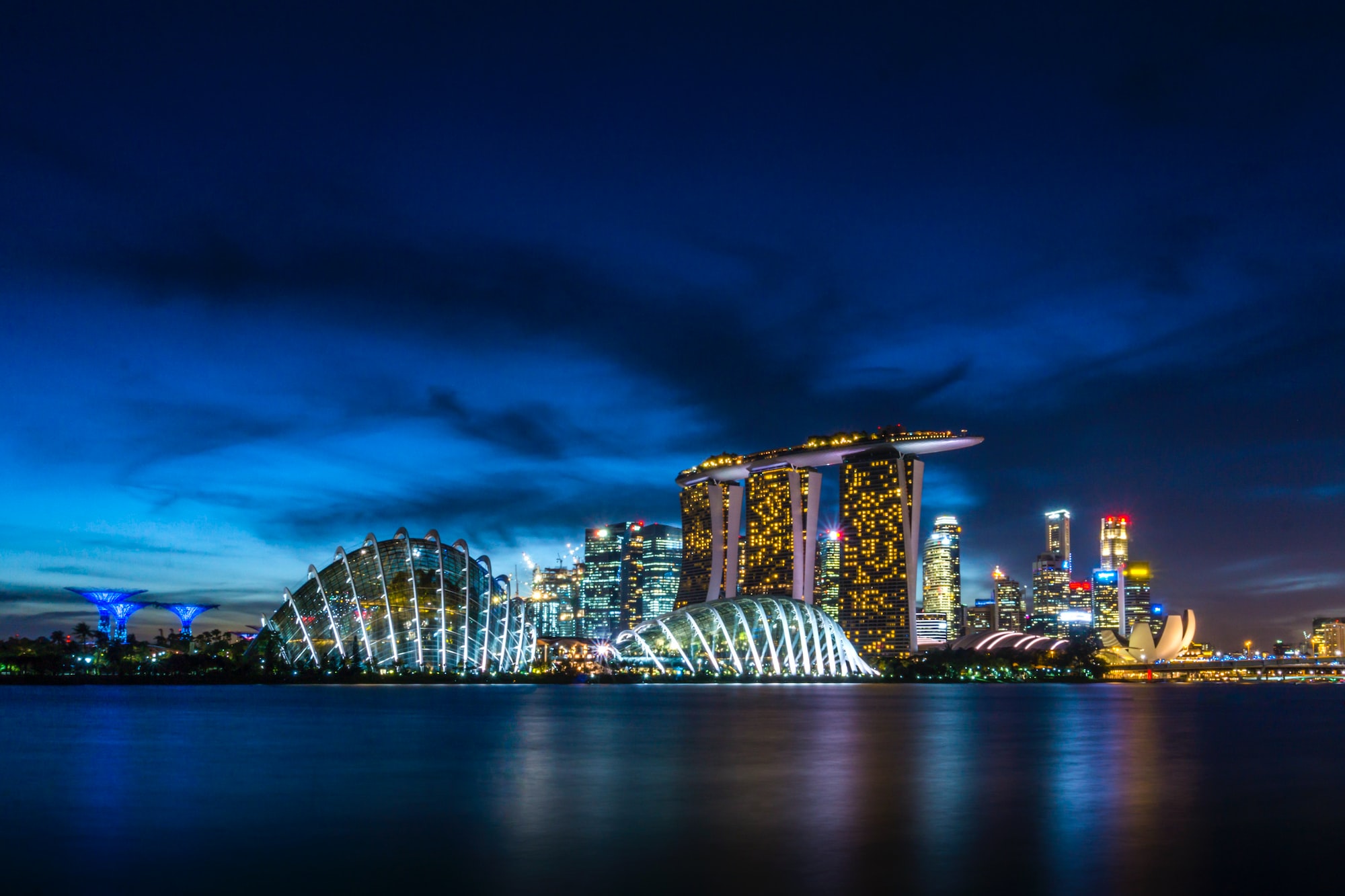 South Korea and Singapore are, in many ways, seemingly alike. In the latter half of the 20th century, both nations began to rapidly develop in large part due to highly protectionist policies pioneered by business-friendly yet autocratic governments. Both states achieved democratic transitions (though South Korea went much further than Singapore) and rapidly established themselves as wealthy, economically developed states. Today, both states wield substantial regional influence and have often been cited as models for other developing states.

Yet, beneath these surface-level similarities, these two nations differ sharply on a far more serious and concerning topic: mental health. Worldwide, mental health is one of the most neglected and arguably least discussed fields within healthcare. Unlike its cousins in infectious disease prevention or specialty medical care, mental healthcare does not often receive flashy headlines. Yet, in both South Korea and Singapore, mental health issues have been increasingly significant. In both cases, long-standing societal factors, exacerbated and catalyzed by the COVID-19 pandemic, presented a major national mental health challenge. But, when presented with these factors, both countries responded in very different ways, revealing a dichotomy that offers lessons about the nature of mental healthcare in East Asia.

A Hidden Crisis on the Han River

In 2017 in South Korea, nearly 1 in 4 individuals suffered from a mental disorder, though only 1 in 10 received treatment, culminating in the country having the highest suicide rate of any OECD (Organization for Economic Cooperation and Development) member nation. 95 percent of South Koreans report being stressed, with staggering rates of depression among the elderly. The result is an alarming national epidemic that has only worsened annually for the past 20 years. Every day, nearly 40 South Koreans commit suicide.

The drivers of this problem are diverse, but many point to the increasingly competitive and stressful culture surrounding work, life, and family in South Korea. Young people in particular face an unemployment rate that is three times higher than the national average, even before the pandemic, along with a massive housing crunch around the capital, Seoul. Such a crisis has led nearly 40 percent of young people to stop seeking work, fueling a crippling wave of financial distress that has exacerbated mental health issues. Combined with increasing rates of alcohol use in the country, these patterns have given rise to a highly stressful social culture that can be degrading to the mental health of South Koreans broadly.

Mental health concerns have a broader spillover into the South Korean economy and society. It is estimated that mental health problems contribute to productivity losses and disrupt work to the tune of US$4 billion dollars each year. The country's mental health crisis has also contributed to an intense feeling of stress and cynicism among the country's youth, many of whom often describe feeling disillusioned with the future, driving higher rates of emigration and political polarization. These factors, in turn, have created a dark precipice for South Korean society, one largely hidden from the external perception of the country.

In the wake of the pandemic, this crisis has only gotten worse. Widespread social isolation has caused significant increases in rates of suicide, depression, and loneliness, marking a drastic increase in mental health disorders in the country. The government's response has been largely lackluster; despite successfully containing the pandemic itself, the South Korean government has taken little action to fight mental illness beyond raising awareness. Most of the heavy lifting has been left to civil society groups and nonprofit organizations who attempt to raise awareness about mental health issues but often find themselves overwhelmed by the crisis.

The Breaking Dawn on Marina Bay

Across the sea, Singapore found itself in a similar position to South Korea. Like Seoul, Singapore was overwhelmed by the mental health effects of the pandemic. In the initial wake of lockdowns in the country, rates of depression, isolation, and suicide drastically skyrocketed, resulting in fears of a widespread mental health epidemic. Even prior to the pandemic, Singaporeans reported facing many of the societal factors that South Koreans face, including the highly competitive market for jobs in education that has often been described as a core cause of the mental health epidemic in South Korea. In fact, many commentators have even drawn attention to the similar levels of social stigma seen in both countries surrounding mental health issues.

Despite these factors, the responses from both states could not be more different. While South Korea maintains high rates of mental illness, beyond or ahead of most OECD member states, Singapore has comparatively low levels. Young people especially seem optimistic about the future, and rates of suicide have remained low or fallen for nearly 20 years. Even now, as the pandemic begins to recede, rates of suicide and depression have largely declined in Singapore, while these rates remain high in South Korea.

It is therefore critical to understand what explains Singapore's success. How has this island state managed to keep suicide rates down while other, more developed countries have been unable to do so? The answer to this question is difficult to isolate. Some may argue that unique cultural factors are responsible, but evidence for such arguments is difficult to find. Others hold that economic conditions might be a useful explanation, yet both countries have seen successful rates of economic growth in the past few years.

By virtue of elimination, the best explanation for this difference has to do with the manner in which Singapore delivers and administers its mental healthcare. While mental healthcare is stigmatized in both societies, Singapore's government has pushed landmark overhauls to its mental health system in the years prior. Singapore first invested significant resources towards destigmatizing mental health, including raising US$13 million—an amount of money South Korea and other states have simply not invested—for community efforts to raise awareness about the problem. These efforts have been particularly important, especially considering that Singapore has historically suffered from a stigma surrounding mental health issues.

Second, the Singaporean government has actively partnered with major employers to help employees access mental health services, an important step in combating the crisis. Employers are often critical gateways to identifying and helping individuals at the end of mental health support services, and given what many have called Singapore's work-centric culture, employer support is vital to ensure mental health reforms are successful. Singapore's solution has been dynamic, involving partnering with government leaders, union leaders, and employers to assist employees in accessing mental healthcare services, as well as in creating training materials to help employers better understand how to assist and support employees with illness. These reforms have not been replicated in many other countries, and stand as another important example of the way Singapore has uniquely been at the forefront of efforts to tackle mental illness in the wake of the COVID-19 pandemic.

The Singaporean experience with reform highlights what South Korea likely needs to do to resolve the challenges posed by its own mental health epidemic. Greater investments in and reform of mental healthcare delivery systems are vital to ensuring the continued success and wellbeing of the people of South Korea. However, South Korea's high levels of mental health stigma still pose formidable challenges to efforts to improve mental healthcare, especially given that, unlike Singapore, efforts to destigmatize mental health issues in South Korea have largely been restricted to a limited portion of the country's nonprofit sector, as opposed to a broader public-private approach. This approach has weakened efforts to combat mental health stigma and highlights the need for an approach combining funding, public-private partnerships, and more to resolve the problem.

In the short term, given the substantial obstacles, it will be nigh impossible to overhaul the entire South Korean mental health care system or tackle widespread stigmatization in a short amount of time. However, one area where South Korea may take useful advice from Singapore is in the realm of employer partnerships. South Korean employers are influential players in South Korean society, with large corporations, many of which are family-run, employing substantial portions of the population. The South Korean government, therefore, should take advantage of this fact to form public-private partnerships with the Singaporean government. Working with employers, the government should help connect employees to support services and offer guidance to employers on how best to support employees during periods of mental stress.

In the long run, however, the focus of the South Korean government ought to be on the creation of more long-term, structural reforms. Along with the Singaporean model, the South Korean government should raise funds and invest in efforts to educate the public about the significance of mental health illness and the need to combat it. These society-wide "stigmatization" efforts could even incorporate major celebrities or influential figures to help scale up the solution to a broader audience. Additionally, the government would be wise to take steps towards reforming the country's national mental healthcare system by creating a national portal for South Koreans to access mental healthcare and other services.

With these initiatives, South Korea could emulate the model of Singapore and help foster a more inclusive, accepting, and tolerant culture towards mental health issues. These steps would offer a tangible set of reforms that the government could implement to curb the mental health crisis facing the country in both the long and short-term. Failure to implement these reforms, or to offer other tangible solutions, would leave millions of South Korean citizens in a grim situation without meaningful hope for future progress. As such, it is vital to adopt suggestions like these to ameliorate the national health crisis, and Singapore provides an important model for solutions that could point towards a brighter future.