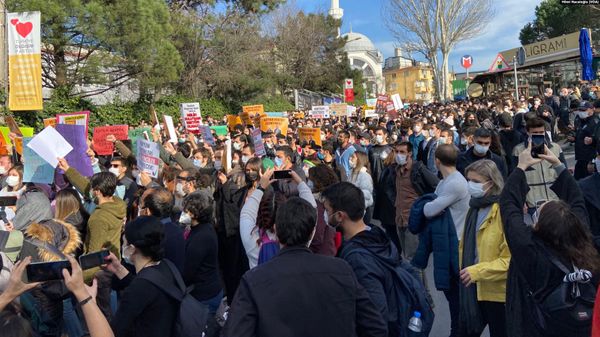 The State of Education in Turkey and Bogazici Protests

Turkey’s Justice and Development Party (AKP) first came to power in 2002, with promises to reduce unemployment and inflation, take steps towards a more modern country with improved systems of health and education, and pursue the goal of joining the European Union. However, recent protests at Bogazici University following the appointment of a new rector, Melih Bulu, by President Recep Tayyip Erdogan, signal that the AKP's educational policies, in particular, have been by and large unsuccessful despite promises of improvement. As Erdogan himself put it in 2012, the main goal of the AKP’s educational policies has been to “raise a pious and revengeful generation.” To this end, the AKP, under the leadership of Erdogan, has made drastic changes in the national education system, ranging from a sharp rise in the number of and funding available for religious Imam Hatip high schools to the removal of certain topics like the theory of evolution from textbooks. From this perspective, the Bogazici protests can be viewed as a consequence of the AKP’s years-long systematic alteration of the national education system and its attempts to control Turkey’s higher education institutions.

The formation of Turkey’s original education system is important for understanding how the current state of education in Turkey has evolved under the AKP. According to Mustafa Kemal Ataturk, the founding father of Turkey, the only possible path forward for education was to follow the guidance of science, with a special emphasis on the idea that neither Turkey nor its educational system could be brought under the influence of “sheikhs, dervishes, or disciples.” Based on this philosophy, Turkey’s educational system was built on secular principles and was guided by the teachings of science. Nearly none of the succeeding administrations made significant changes to this policy as secularism remained the main principle that guided education. The first 10 years of the AKP rule fit this description. As briefly discussed, the initial promises of the AKP and its leaders mostly aligned with previous approaches to education, except for their lifting the headscarf ban in universities and public schools, which was already a controversial limitation that is condemned by all major political parties in Turkey today. More importantly, the first few years of the AKP saw almost no mention of the goal to increase the influence of religion in education.

The educational policies of the AKP started steering swiftly away from secularism after the Gezi Park Protests of 2013, where large groups of demonstrators marched on multiple cities in Turkey, protesting the violation of democratic rights, lack of freedom of speech, and media and internet censorship. Since 2013, Turkey has been run by an increasingly authoritarian regime that has become more religious, more nationalist, and less secular. This dramatic change in the AKP’s approach to government has meant that educational policies have also received their fair share of nationalism and religion, with the latter having already been placed at the core of the AKP’s methodology of political propaganda. The attempts to “raise a pious generation” have mostly stemmed from the AKP’s concerns that they failed to connect with young people in Turkey, who seem to predominantly prefer parties of the opposition bloc over the AKP. As the older, more conservative population is being replaced over time by these young voters, surveys show that the AKP’s popularity is rapidly declining. Therefore, if the AKP could successfully encourage middle and high school students to attend one of about 9,000 Imam Hatip schools in the country, it could, in theory, raise a “pious generation” that will refrain from questioning the AKP government, which will then forever enjoy the legitimacy provided by religion.

The AKP has pushed very hard to make this dream come true. With the introduction of the new educational system in 2013, the number of religious Imam Hatip middle schools tripled, whereas the number of Imam Hatip high schools doubled within five years. Yet the number of students enrolled in these schools decreased in 2018 compared to previous years. This has been the result of the failure of the “automatic enrollment” policy that the AKP introduced, which led some students, depending on their home address, to be automatically enrolled at Imam Hatip schools. Trends reflected that these students preferred open education over religious schools and therefore voluntarily dropped out of the Imam Hatip schools. Even though enrollment in Imam Hatip schools decreased, the funding allocated in 2019 for the construction of Imam Hatip schools was 15 times that of the funding allocated for the construction of science high schools.

The effects of the AKP’s educational policies are reflected in the results of international examinations such as the Programme for International Student Assessment (PISA), which tests students aged 15 in 79 different countries. Between 2003 and 2015, there was a consistent decrease in the ranking of Turkish students in the reading, science, and mathematics sections of the PISA. For instance, in the science section of the 2003 examination, Turkish students scored 434. In 2006, there was a drop by 10 points to 424. The scores improved in 2009 and 2012, up to as high as 463. In 2015, the progress made in 2009 and 2012 was reversed, with Turkish students scoring 425, almost as low as the lowest score ever recorded back in 2006. In 2018 though, Turkish students achieved a record high average score of 468. Despite the recent improvement in scores, Turkey is still well below the OECD average in all three categories of reading, science and mathematics. Future examinations will likely paint a clearer image as to whether the modest progress made in 2018 will stand.

Turkey’s higher education has also evolved under the AKP. Erdogan is known to often boast about how the number of universities increased dramatically since the AKP came to power, and that there is at least one university in each of the 81 cities in Turkey. Before the AKP’s rule started in 2002, Turkey had 76 universities. Since 2002, 132 new universities have been established. On paper, the AKP seems to have established more universities than all previous governments did since the independence of Turkey in 1923. Yet, there are debates as to whether the newly emerging universities provide quality education. It is quite common, especially in larger cities in Turkey like Istanbul, to see that recently established universities lack spacious campuses and experienced teaching staff. The university “campuses” often consist of a few stories of apartment buildings and are entirely different from what a university campus would be imagined like in the United States. Furthermore, because the number of universities increased dramatically under the AKP’s rule, there are now more university graduates in Turkey who are unemployed. It is common to come across individuals who have multiple university degrees but are unable to find a job. The rapid establishment of new universities and the rise in the number of educated people has outpaced job growth, crippling the employment system. Amidst this crumbling education and economic model, one exception has emerged: being a graduate of Turkey’s prestigious universities.

Of the 209 universities in Turkey, there are about 10 universities that have been known to provide top-quality education. Bogazici University is one of them. Bogazici, like a few other prestigious Turkish universities, was built on secular values. When it came to the governing of the institution, the academics at the university came together and voted for whomever they would have liked to see as president, or “rector,” as often referred to in Turkey. This was the case until 2016, when Erdogan signed an executive order that has since allowed him to directly appoint a president to any university in Turkey. When he used his executive power to appoint Melih Bulu as president of Bogazici, “Bogazici Protests” erupted. There are two main reasons why the academics and students at Bogazici reacted so furiously to Bulu’s appointment. The first of these reasons has to do with the way that Bulu was made president: he was appointed by the government, in a manner that is against the traditional practices of the university, since the members of the institution used to vote to elect their own president. Furthermore, it was Erdogan himself who appointed Bulu. Erdogan had described Bogazici in 2018 as an institution that “failed to understand and incorporate itself to the nation’s values.” He had also warned that “the secular, liberal learning environment of Bogazici might become a threat to students that would lead them to alienate themselves from the values of the nation.” Based on these descriptions, it is fair to state that Erdogan was never pleased with Bogazici, and the direct appointment of Bulu was a way to reshape the university so that it no longer cultivated secularism. The second reason behind the fury of the students and the academics has to do with the background of Bulu. Bulu is an ex-AKP politician who also served as president of two other universities. Because he was not affiliated with Bogazici at the time of his appointment, Bulu is viewed as an outsider. Moreover, after his appointment, allegations were made that an academic article written by Bulu was in part plagiarized. Bulu later responded to these allegations by claiming that citation rules have changed over the years and what may be considered plagiarism now was not plagiarism back then. This was viewed as an unsatisfactory explanation by the students and the academics who demanded that Bulu immediately resign, for he was an outsider appointed by the government in an undemocratic fashion.

As Bulu stood his ground, the protests continued. Eventually, the police swarmed the campus, arrested numerous students (and protesters who were not affiliated with Bogazici), and started guarding the presidential office of Bogazici. Conservative student groups who supported the government and the decision to appoint Bulu started appearing in the protests. There were further controversies about how students protesting Bulu’s appointment disrespected the religious values of the nation in a particular incident where a picture of the Kaaba was altered and placed on the ground. These allegations led to further arrests of students and helped depict protesting students as “having failed to understand and respect the nation’s values,” just like Erdogan suggested in 2018. Meanwhile, Bulu kept repeating his main promise of improving Bogazici’s international university ranking and eventually achieving top-100 status. With his current international reputation, tarnished greatly by the protests, this promise seems highly utopic. As of June 2021, the protests are still occurring, albeit on a smaller scale. Recently, two faculty members who were known to support the protests were removed from their positions, with new academics close to the AKP government being installed. Erdogan’s direct appointment of Bulu is considered, by many, as the final stroke to education in Turkey, but time will tell whether Bulu keeps his promises or is ultimately replaced by Erdogan, who has recently been engaging in numerous unpredictable appointments and dismissals in various branches of the government. Bulu and Bogazici aside, the rest of higher education, as well as middle and high school education, have evolved significantly under the rule of Erdogan and the AKP, who have, evidently, been engineering the educational system of Turkey based on their long-term political agenda. With an educational system engineered solely through political desires, it will eventually be challenging for Turkey to find the qualified, competent cadres that it desperately requires in the midst of the economic and social crises that loom over the nation. 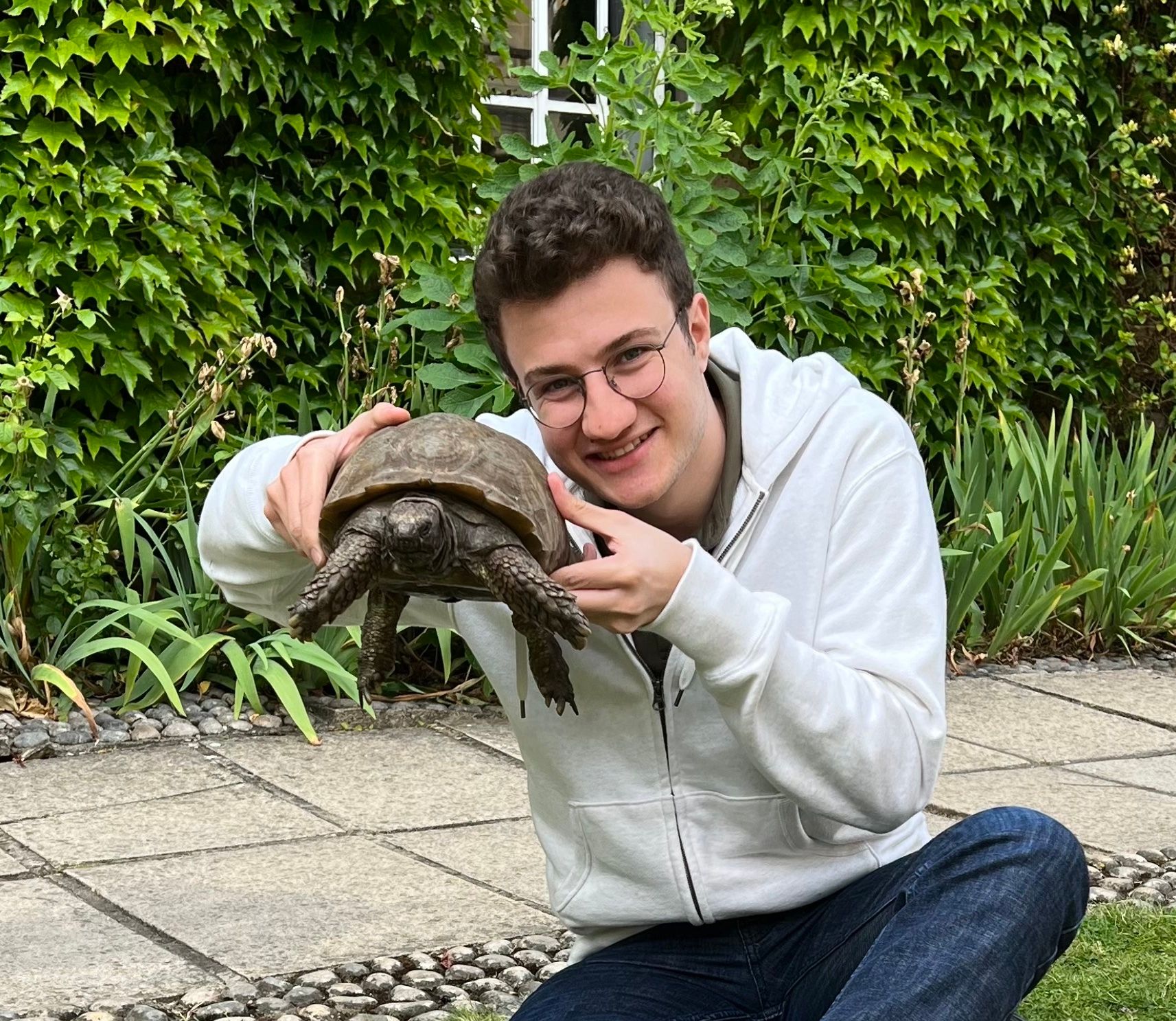 Uluç has formerly served as Associate Editor, Senior Editor, and Copy Editing Chair at the HIR. At Harvard, he studies Government and Neuroscience with a language citation in Spanish.