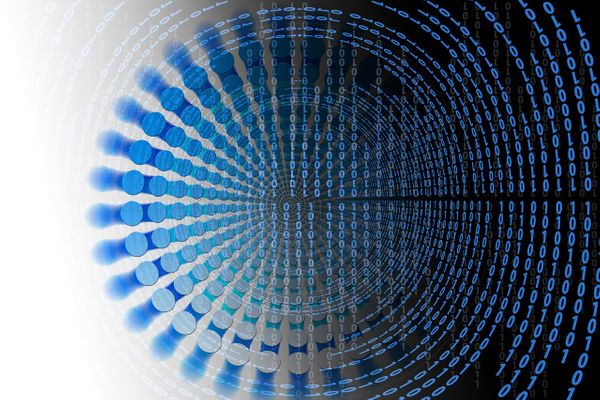 The Social Contract 2.0: Big Data and the Need to Guarantee Privacy and Civil Liberties

Much has been written regarding the rate of technological innovation and how these advancements might provide solutions to the emerging challenges facing humanity in the 21st century and beyond. A number of new technologies raise questions of our relationships to these technologies, and will be crucial to consider in terms of their sociological and cultural impact. Ultimately we must consider how specific technologies might either preserve or threaten human dignity, and thus what sorts of empowerment or regulation will be most appropriate. The integrity of the social fabric at various strata relies upon—often unspoken—understandings held in common by individual members of those social strata.

The idea of a social contract has a long history, dating back to various ancient cultures, ranging from the ancient Egyptians, Hammurabi, Greek, Roman, Chinese, Indian and the traditions of the three monolithic religions, Judaism, Christianity and Islam. However, a more recent exploration started with Grotius, Hobbes, Locke and, of course, Rousseau, who explored the limits of individual freedom, and the power of the sovereign. From Locke's conception of the state as a “neutral judge”, to Rousseau, Rawls and others, all perspectives of the social contract ultimately seek to explore why rational individuals would consent to give up some of their freedoms as a trade-off for living in a political order.

A common thread in the social contract theory is the assumption that the state and political order exist for the general interest of the people, where life, liberty and property can be protected. What does this mean in an age of rapidly emerging technologies, Big Data, intense mobility and deepening connectivity and interdependence that transcend normal sovereign borders? Now seems to be an appropriate time to reassess some of our long-held credos about our liberties, the functions of the sovereign and the limits of control.

To take only one example of the ways in which technology might alter the conditions of a social contract, the capacity for individual enhancement through technological means suggests that the very basic sorts of equality early contract theorists were able to presuppose are no longer assured. For Hobbes and inheritors of his tradition, the rough equality of strength assured the universal vulnerability of all. A radical increase in the mental and physical prowess of certain individuals via bio-technology and synthetic biology would nullify the presupposition of shared vulnerability, and with it a fundamental ground for the possibility of a social contract. Though the potential for technology to have such results is real and significant, other manifestations are far more advanced, and have already generated palpable effects on both intra-state and interstate relations.

The collection of information about individuals, which now occurs on a scale different from anything that was possible and imaginable before is a major challenge to a traditional social contract. While there are tremendous benefits to Big Data—from better preparedness for influenza outbreaks to having more comprehensive understanding of world food needs and distribution capacities—the unregulated acquisition of Big Data also leads to grave difficulties.  The tendency, nearly without exception, of governments to employ mass surveillance in an effort to quell dissent and force compliance should give us pause.

In this regard there are both more and less insidious risks relevant to any viable conception of a social contract. One clear and widespread threat is the potential for monopolistic control of such data. As Michael Nielsen has persuasively shown, such technological monopolies have thwarted innovation and led to non-competitive conditions in particular markets. Prior to questions of privacy and threats to civil liberties, there is another legitimate concern: the domination of big data gathering by large corporate interests undermines much of the positive effect to which such data could be put. This, of course, with the exception of the monetary gains of whomever happens to control this data. Further, even the thin understanding of cooperation required for a minimalist social contract can be undermined in monopolistic circumstances. In addition to a kind of shared vulnerability, social contracts presuppose something like a rough equality of stakes. A private entity controlling vast reserves of personal data possesses predictive powers enabling it to have an unequal stake in the shared system.  It is now a commonplace that Google, for example, has sufficient mastery of data to predict stock-market trends with a high degree of accuracy. Company operatives have claimed that they ceased doing so when they determined their actions would be illegal.

In order to uphold the social contract, such laws must achieve two main things: they must restrain those entities which control a disproportionate amount of data, and they must ensure the enforceability of such laws. More importantly, the viability of the social contract, with its requirement of voluntary association, rests upon the guarantee to other would-be contractors that such enforcement is functional. From this perception follows the trust in the fairness of the system. If potential signatories (tacit, hypothetical or otherwise) were to doubt this structural fairness, it would no longer be rational for them to contract or cooperate. Big data not only generates but also enhances inequalities in manipulable knowledge. At a certain threshold such inequalities leave a public quite at the mercy of the entities possessing this data, and fortify the possessor against any form of reprisal. As before, the possibility for voluntary social cooperation is dangerously threatened; indeed, at the limit such cooperation would no longer be rational, given that the (no longer fair) system has ceased to be mutually beneficial.

Civil Liberties and Justice Beyond Markets

Big data also has more immediate and troubling implications for justice, as recent analysis of US National Security Agency policy and actions have demonstrated. The revelation of US agencies wire-tapping German Chancellor Angela Merkel’s phones has strained relations between the two countries primarily because such actions flout the conventions of a higher order social contract, in the international arena. Once again the willingness to cooperate is dependent upon sufficient transparency so that voluntary participants comprehend the rules and nature of the relationship in question.  In the context of international relations, considerations both of individual privacy and state security will be profoundly influenced by the methods of information gathering undertaken.

Perhaps most striking in this regard is the volume of data being gathered. With the advent of big data, it is not content which is required to predict behavior, but mostly “metadata.” It is for this reason that the NSA’s former director, Michael Hayden’s comment that “…we kill people based on metadata,” is as revelatory as it is disturbing. The nature of this and similar commentary from top agency officials conjoined with the knowledge that the widespread gathering of personal information has been ongoing for some time paints a grim portrait for civil liberties, and illustrates the potential consequences of their infringement.

Again, the theory of social contract informs us that individuals choose to cede some rights in exchange for their protection from the dismal life in a state of nature. Rousseau's famous phrase that man must “be forced to be free” precisely argues that liberty can only exist where the citizen relinquishes his egoism and subordinates himself to the law created by the collective citizenry (of which he is a part): obeying popular sovereignty, the individual will not lapse back into a state of nature, which is implicitly a state of war. Therefore, rather than limiting individual liberty, law (and civil society) is its expression. Yet, some concrete steps must be taken to assure that the current pitfalls in the system are halted before they weaken or damage the social contract further through the inevitable erosion of civil liberties and human dignity.

Domestically and internationally, mass and unaccountable surveillance, undermines faith in government and the rule of law, and allow the potential or at least the perception of misuse/abuse of gathered data. Laws must be enacted to balance the countries ‘need to know’ to keep societies safe on the one hand, and accountable and transparent guarantee of civil liberties for all, at all times and under all circumstances, on the other hand. This may not be easily achievable, but ‘overseeing the overseers’ in an accountable and credible way remains, nevertheless, a critical goal that must be reached if humanity is to feel secure, prosper and remain cooperative.

Recognizing the deep need for a tenable social contract going forward should thus influence policymakers to require accountability and transparency and to guard against violations of privacy. The use of big data should be monitored and regulated at both national and international levels. Only with these protections in place can the possibility of continuing and increased social cooperation remain a rational choice in both domains.

In this context, the logical step to take, at the very least, is to amend laws to negotiate the protection of individual freedoms and civil liberties to the maximum extent possible. Constitutional amendments in all countries must be enacted without delay to protect citizens’ privacy and liberties, in order to foster a more ethical, transparent, accountable, and dignified social order and consequently global order.

Security measures are important, but no amount of surveillance, no matter how sophisticated, can ultimately eradicate the sources of insecurity unless individual and collective inequalities, injustices and dignity deficits are addressed in a serious and impartial way, both domestically and globally. This is so primarily because of the emotional amoral egoism nature of man, which is accentuated in today’s world by increased awareness, instant connectivity, empowerment by information and communications technologies, and deepening transnational and transcultural interdependence.

About the Author: Nayef Al-Rodhan is a Neuroscientist, Philosopher and Geostrategist. He is a Honorary Fellow of St Antony's College, University of Oxford, and Senior Fellow and Director of the Centre for the Geopolitics of Globalization and Transnational Security at the Geneva Centre for Security Policy. Author of Sustainable History and the Dignity of Man. A Philosophy of History and Civilisational Triumph (Berlin: LIT, 2009), http://www.sustainablehistory.com/

The Stealth of Nations: Informal Work in the 21st Century

An Economist's View of the Informal Economy: Interview with Friedrich Schneider 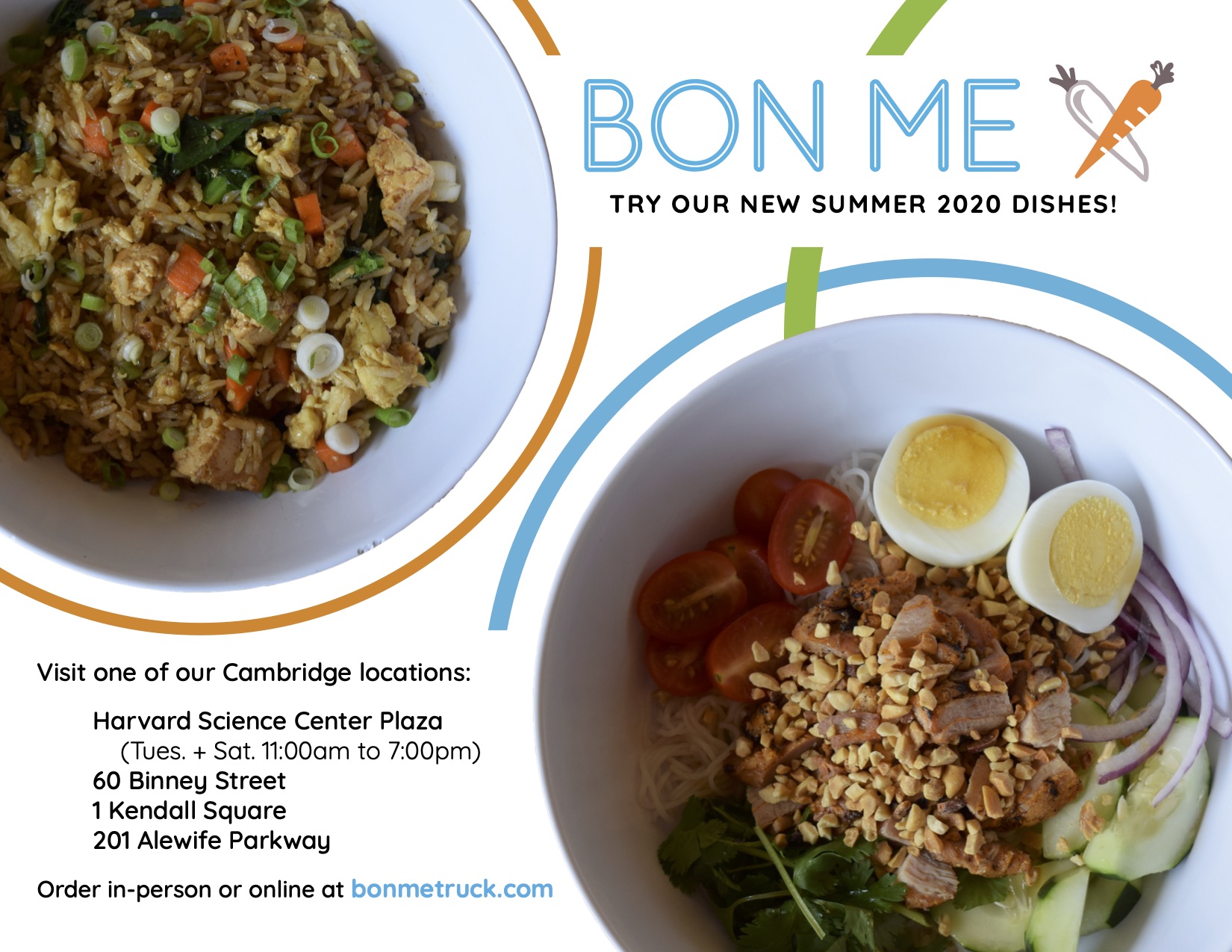 Building Towards Destruction: The Potential Dangers of a Deadly Earthquake in Istanbul