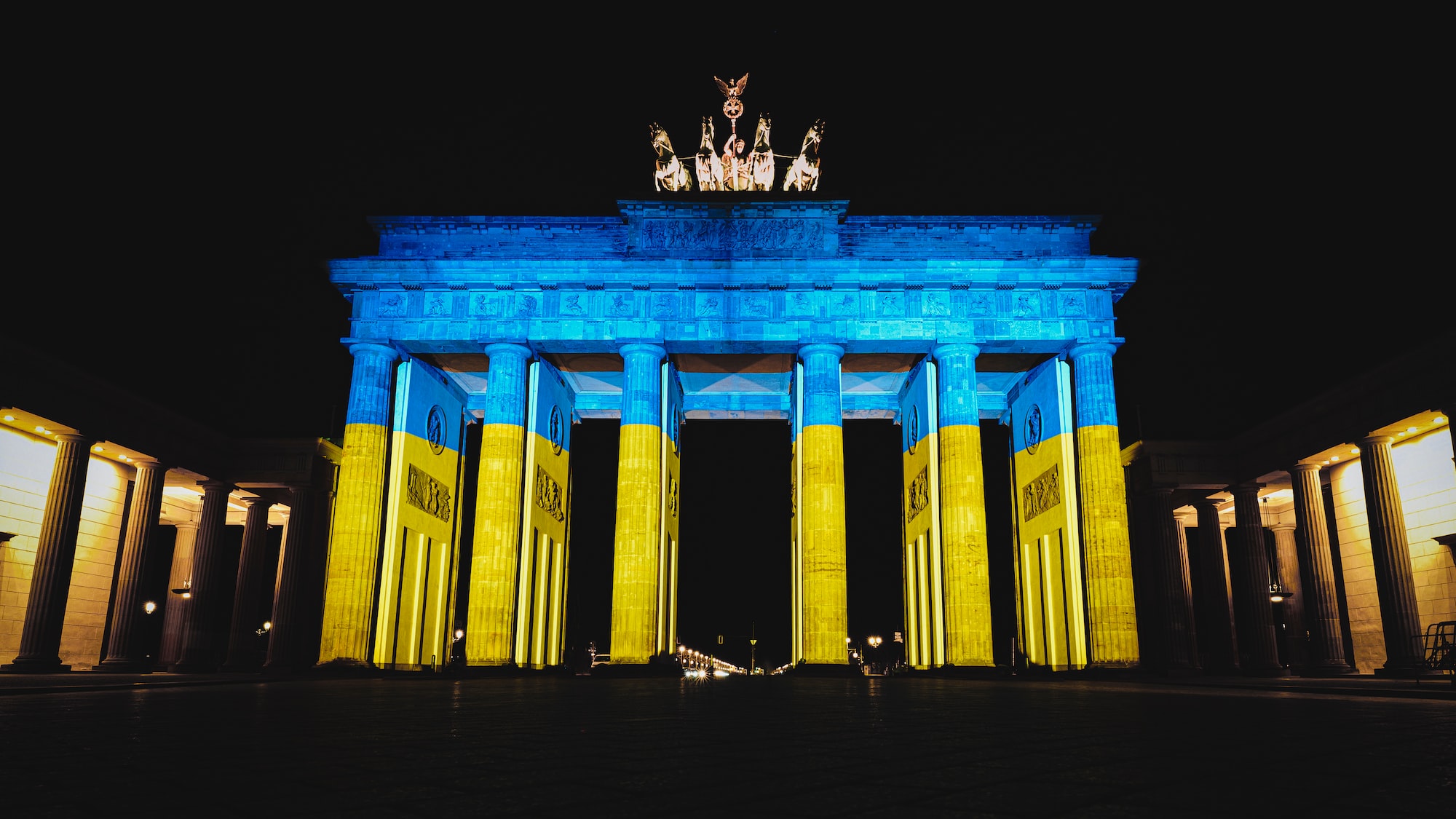 In 2016, the “Lisa case” broke in the Russian media about a Russian-German teenager referred to as “our Lisa.” Russian media claimed that “our Lisa” had been kidnapped for 30 hours and then raped by three unknown men, who were allegedly Arab refugees. The German authorities’ investigation into the “Lisa case” revealed that she had not been kidnapped or raped but had instead been with a German friend. Still, the Russian media and Alternative für Deutschland (AfD), Germany’s far-right party, pounced on the issue. The “Lisa case” became an issue of immigration and refugees. AfD staged dozens of anti-immigration protests, all of which emphasized the danger of immigration erasing the German experience. The Russians used the case to expose the German “fake news” and national cover-up. This campaign furthered Russian goals to undermine trust in democratic governments and expand Russian propaganda’s sphere of influence.

The Russlanddeutsche, or Russian-Germans, are repatriated Germans who moved back to Germany from the former Soviet Union during the 1990s.  After World War II, the Russian-Germans were highly unpopular in the Soviet Union, and they were targeted as an ethnic minority. To protect those who shared their ethnicity, the Germans created a plan of repatriation with the Soviets to allow Russian-German resettlement in Germany.  This mostly happened after the fall of the Iron Curtain, when about 2.3 million ethnically German, Soviet Union citizens resettled in Germany.  In a country with a population of approximately 83 million, this is not insignificant, especially when considering that they function under a Parliamentary governing system.  The Russian-Germans are an important voting bloc within Germany who are not only being targeted by the AfD but also tend to be more conservative than other Germans.

Introduction to the Stakes

The resurgence of the far-right and fascist parties in European countries has led to global concern, and nowhere is it more noteworthy than in Germany. Germany’s Nazi past shadows the political conversations and consequences across the nation, and it is impossible to separate the far right in Germany from this legacy. AfD is not the same party as the Nazis. They share many similarities that are worthy of investigation to understand AfD’s rise and retention of power in the Bundestag, or Germany’s parliament, and the court of public opinion.  However, the political world in which AfD functions requires them to respond to different threats and world powers through the same lens of racism and fear.  Their mingling and interactions with the Russians, both financially and politically, in light of the recent Russian invasion of Ukraine raises questions about the motivations of AfD and their ability to hold Russia accountable.  Russia is known for interfering in the elections and politics of foreign, democratic nations to further their political agenda, so their interference in the AfD is likely no different. AfD has 10 percent of the seats in the Bundestag, which is a significant proportion and gives them some measure of power nationally. Will AfD maintain its distance from the Russians and their pro-Russia platform, or will their base of Russian-German voters prove too strong and AfD-Russian motivations too closely aligned?

Implications of a Nazi Past

AfD has inherited many of its political strategies from the Nazi Party, its far-right ideological ancestor. They share many of the same German ethnocentric and nationalist views, and they use the same strategies of hate and scapegoating to achieve their goals. Due to their political position as the extremist opposition, AfD has been empowered to take controversial, Nazi-esque stances concerning ethnic minorities and German history that engage many fringe voters, including the Russian-German populace. The most obvious continuation from Nazism to AfD is their racial rhetoric of fear that builds upon the anti-immigration sentiment of their voter base.

The Nazis believed that all of the German people’s suffering stemmed from the Jewish community’s disproportionate influence and wealth and that the true Germans were under threat of eventually being replaced ethnically. This presented the Jewish people as a threat to German hegemony and culture, suggesting that the actions of their government to support Jewish people were dangerous to the “true German” people. The Nazis believed in the ultimate supremacy of the Germanic people. In their mission to build power, they created distrust of minorities, ultimately endeavoring to convince the general populace that they were ethnically great and at risk of losing that birthright.

AfD uses a similar approach in its policy and propaganda, emphasizing hatred toward minorities and the importance of the veneration of the past. They have even brought back a term of the Nazis, “Umvolkung,” which is meant to suggest that the German race is being replaced by subhuman minorities. AfD, like Nazism, plays on the fear that Germany will eventually no longer be a country of Germans and that Germans will soon be a minority in their own country.  AfD intends to cultivate a culture of fear based on the concern that the Germans would lose all political power to outsiders, and their legacy would be subverted. This fear underlies the success of their racial politics. Rather than recreating the antisemitism of the Nazis, however, AfD is anti-Islam, anti-refugee, and anti-immigrant. These policies are extremely popular with parts of the Russian-German population, who, despite being immigrants from post-Soviet nations themselves, are worried about the internal instability that they anticipate would stem from a multiethnic Germany.

Russian Influence on the AfD

The Russians are currently involved with the AfD in a variety of ways, all of which aim to conceal their influence on the party’s politics. AfD and Russia are seeking out the same demographic in Germany, the German-Russians, leaving their goals and strategies largely aligned. Russian media seeks to emphasize the dangerous infiltration of refugees, like AfD, though the Russians do it through the lens of protecting ethnic Russians abroad, who they believe to be their citizens who share Russian history and interests. In this way, the Russians and the AfD can reinforce the power of each other in Germany through the emphasis on specific policies that are relevant to the Russian-German population. Placing immigration at the forefront of the political landscape has effectively done this, allowing the Russian-Germans to be influenced both from home and abroad.

Although there is no direct financial link between Russia and the AfD, Russia assuredly is financially involved indirectly and covertly, giving them influence over the party. Russia has provided support for AfD’s propaganda machine, financing signs and copies of their campaign newspaper that supported AfD’s anti-refugee policies, which most aligned with the Russian propaganda in Germany. AfD has also met with Putin’s representatives, and AfD youth representatives have been active at pro-Kremlin conferences. Although this does not suggest financial support, it proves a strong intermingling between the two groups. This is especially prescient with regards to Russia paying for a private jet for members of AfD to visit Moscow.  Although the party denies the financial involvement of Russia, it suggests that Russia may be using conferences and other events to discreetly bribe AfD officials. It is clear that Russia is financially supporting AfD by covering part of the cost of hosting seminars that align with Russian policy. This incentivizes AfD both to continue to work with Russia and to host events and announce policies that align with the Russian agenda.

Beyond the indirect influence that comes from their financial ties, Russia is involved in the Bundestag directly. Russian communication with Frohnmaier’s campaign from 2017 asserts that, in exchange for media and material support, Markus Frohnmaier, a member of AfD, would campaign on a pro-Russia platform. Frohnmaier was elected, and his platform and policy continued to be centered around supporting Russia. Although Frohnmaier categorically denies the accusation, alleging that the documents were falsified, it seems most likely that they were real. Internal Russian documents stated that the result of their support of Frohnmaier would be that they would “have our own absolutely controlled MP in the Bundestag.” There is also no evidence that material support was provided to Frohnmaier’s campaign. The documents were obtained from emails between two senior officials in Putin’s administration, who confirmed that the emails were real. This suggests that Russia is involved in the Bundestag through the AfD and, at the very least, that the Russians are considering ways to influence the Bundestag through the control of its members.

In their February 25, 2022 press release, AfD called for the cessation of hostilities between Russia and Ukraine and all combat by the Russians. They condemned Russia’s actions in the war more generally. AfD also leveraged the Russia-Ukraine war into a call for an increased defense budget and conscription in Germany. They ended by blaming the United States-Russia relationship and their alienation for the conflict, essentially taking the unilateral onus off of Russia. Instead of fully condemning the actions of Russia as an aggressor, they invoked NATO and the United States as instigators for their failures to work with Russia productively. Given how closely AfD and Russia are tied, this makes sense. It is further likely that AfD will never fully condemn Russia for its escalation outside of the context of Western responsibility.

AfD runs the risk of alienating an important part of their voter base, the Russian-Germans, if they seek action against the Russians for the conflict. They would not only lose the support of the Russians, which is important to the functioning of the AfD, but they could also lose their influence in Germany.  The majority of Russian-Germans trust Russian sources over German sources, and, since Russian propaganda is especially strong to filter the war, it is unlikely that the Russian-Germans would favor anti-Russian or pro-Ukraine policy from AfD. Russia has the ear of these voters as much as, if not more than, the AfD does, requiring them to play a balancing game between the Western expectation that they support Ukraine, and the Russian expectation that they back Russia or say nothing. This greatly calls into question the ability of AfD to support action against Russia if required, possibly fragmenting Germany’s legislature if global conflict begins in earnest. 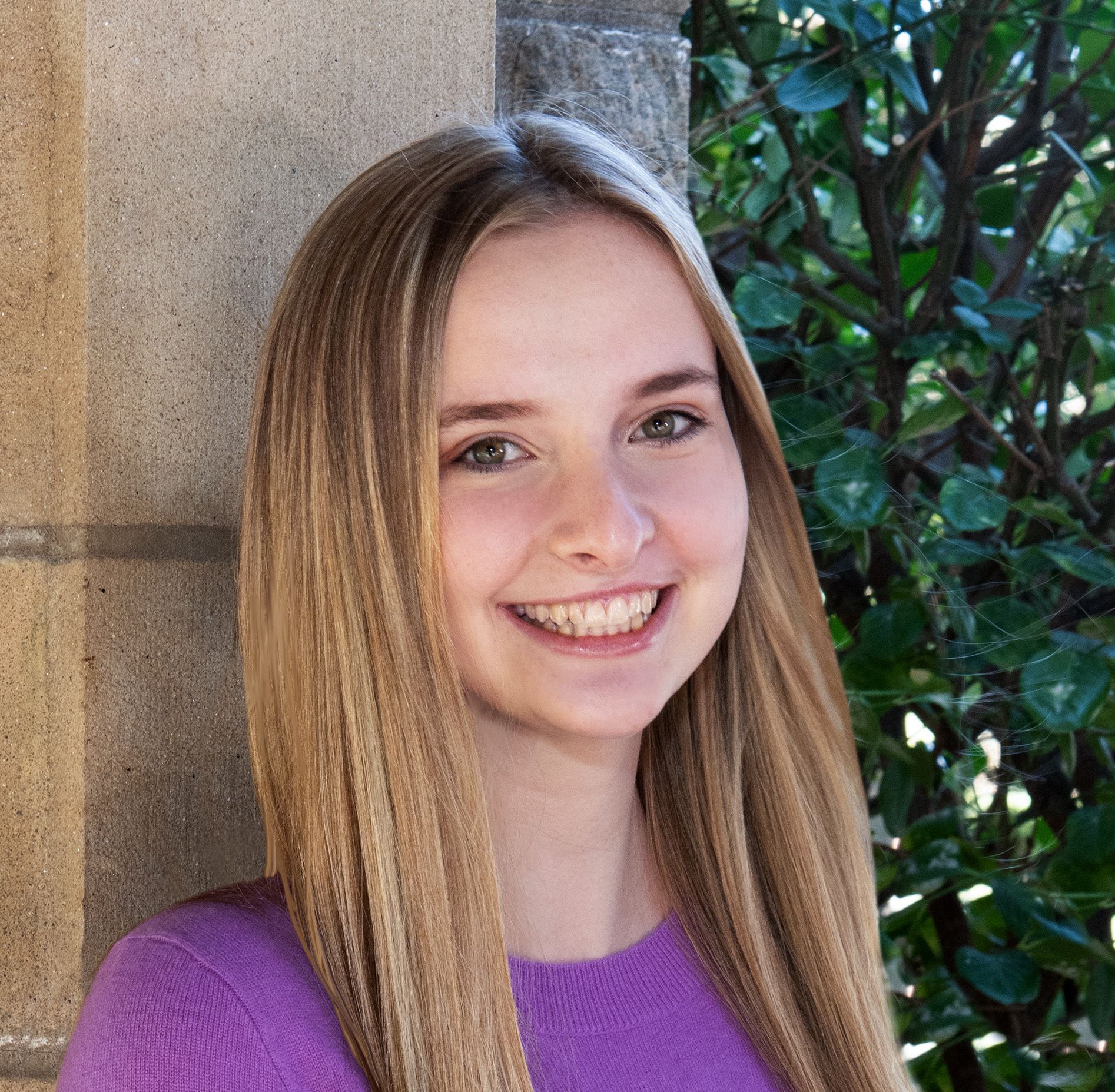 Annabelle Krause is a Staff Writer for the HIR from Bronxville, New York. She is studying History and Literature. Her interests lie in European politics and studying far-right political parties.