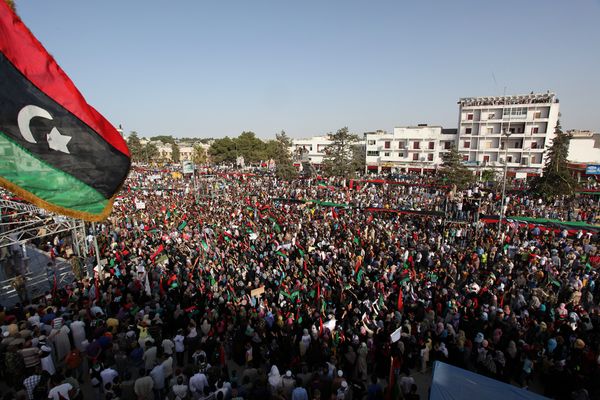 When Muammar Gaddafi was pulled out of the drainage pipe he was hiding in after an airstrike destroyed his convoy, no one had the slightest idea about what the future of Libya would look like. After all, the only thing that stood between the Libyan people and peace was Gaddafi, and his inevitable death had been long awaited. On October 20, 2011, Libyan rebels finally captured him. The government had already been dissolved, the man who was viewed as the sole cause of all problems was dead, and Libyans could enjoy the prosperity and peace they had longed for.

A History of Foreign Intervention

Libya does not have a reputation as a tranquil country. Frequent instability in the nation can be largely attributed to foreign interference in the nation, which started as early as the 20th century with Italy governing Libya until 1940. The Italian rule in Libya brought improvements in infrastructure as Italians connected the rural Libyan territories with the larger cities through railway and road networks. However, Italian rule came with significant hardships as demonstrated in the Second World War where Libyan soil became home to fierce fighting between the Axis and Allied forces. As a strategic base for long-range bombers, both sides recognized the importance of controlling Libya.

With Italy’s defeat and the end of the war, Libyans seized the opportunity to finally declare independence in 1951. The Soviet Union, however, took special interest in Libya as a result of their desire to gain influence in the Arab world to spread communism. Libya’s oil reserves only increased the Soviet Union’s interest in the nation as Libya is home to the largest oil reserves in the whole continent of Africa with an estimated reserve capacity of 48 billion barrels. In 1969, Gaddafi led a coup to overthrow the Kingdom government that was formed after the Second World War, establishing what is commonly referred to as “Gaddafi’s Libya”.

Demographically, Libya stands as an overwhelmingly Sunni Muslim nation, yet it is severely divided due to the presence of more than 140 tribes, which take the form of local governing bodies in times of political instability, complicating things even further. Today, there are two major factions in Libya: the followers of General Khalifa Belqasim Haftar and the Government of National Accord (GNA). Haftar lived in the United States for 20 years, where he also allegedly worked for the CIA. He prefers to maintain an overall authoritative stance and rejects religious doctrines for governance. Previously, he attempted to stage a coup against the GNA without success. Countries that support the GNA’s rule argue that Haftar is an illegitimate leader who is attempting to gain power by force.

The GNA, on the other hand, is the legitimate governing authority in Libya. It is supported by the United Nations, which helped establish it in 2016 as an interim government. Currently, conflict in Libya is largely centered around Haftar and his forces’ desire to take control of Tripoli, Libya’s capital. Each of these sides are backed by different countries. Haftar is heavily endorsed by the United Arab Emirates, which has supplied technologically-advanced unmanned aerial vehicles, and Saudi Arabia, which has been providing financial support. Egypt and France are also supporters of Haftar. In France’s case the support is not explicit, but some observers argue that France is secretly funding Haftar. The GNA, on the other hand, is backed mainly by the United Nations, Qatar, and Turkey, which has recently deployed units of Turkish-backed Free Syrian Army to Libya. Italy and the United States have remained relatively neutral with President Donald Trump adopting a more passive role in Libya than did his predecessor, former President Barack Obama who aided Libyan rebels in overthrowing Gaddafi. Italy, on the other hand, has been focusing mainly on preventing Libyan refugees from resettling in Italy rather than addressing the conflict itself.

The Real Costs of Conflict

With heavy interference from all of these relatively wealthy nations, the real cost of conflict becomes one that must be paid exclusively by the Libyan people. The ramifications of continued conflict in Libya are largely ignored by foreign countries eager to assert their interests in the region. The consequences are, indeed, devastating. According to the United Nations, the percent of Libya’s population that had access to electricity declined from 99.8 percent in 2000 to 70.15 percent in 2017. Considering that access to electricity has been rising globally, the decline in Libya is particularly concerning. Even worse, access to clean water and sanitation declined from almost 30 percent in 2000 to 26 percent in 2017. Let alone improving in terms of maintaining a safely managed sanitation system and access to clean water, which is essential for human life, Libya has experienced an overall decline in the quality and provision of these services. In addition, the proportion of the population that has access to a basic 2G cellular signal is now almost as low as it was back in 2006 with major improvements in coverage leading up to 2015 severely hindered by the ongoing civil war. Evidently, Libya has been unable to maintain basic infrastructure in the face of this crisis, leading to the degradation of many services that are essential for Libyans to be able to live healthy and prosperous lives.

The declining percent of citizens with access to basic services coupled with declining quality of those services leads to compounding effects on the national systems of healthcare and education in Libya. The World Health Organization (WHO) reports that over 20 percent of all primary care facilities are closed, and only four of 97 hospitals are functional at 75 to 80 percent capacity. Moreover, Libya has been struck with a high infant mortality rate, a crucial indication of the quality of care, or lack thereof, that infants receive. In 2016, 12 newborns died in a neonatal intensive care unit due to improper sanitation and a lack of specialized medical personnel.

COVID-19 offers another indicator of government responsiveness and the quality of the healthcare system. While most of the rest of the world is dealing with hundreds of new cases every day, Libya has been doing suspiciously well with only 77 cases of the disease reported as of May 26, 2020. The quality of the tests that are being conducted and the accuracy of the numbers reported by the GNA remain questionable. There is, however, a curfew in place, and the Ministry of Health is seeking assistance from each and every health worker to help prepare the country for an “[incoming] wave of coronavirus patients.” With the chaos related to the civil war and the constant threats made by Haftar, coming up with an effective emergency plan to counter the pandemic is a luxury Libyans cannot afford. It is difficult to predict whether COVID-19 will deal the final blow to what is left of Libya’s healthcare system, but it definitely exposes the adverse effects of the civil war on the quality of healthcare in the country.

As for education, the UN Children’s Fund (UNICEF) states that in the first seven months of 2018, the civil war affected 489 schools, depriving 260,000 students of education. Many students also had to change schools as the civil war led to the forced migration of countless families to other parts of Libya. Those who are lucky enough to be able to go to school face the threat of their school being targeted during violent conflicts. Since 2014, grenades and mortars have occasionally landed on playgrounds and classrooms, posing an additional risk to attending school. Moreover, a lack of funding for schools and the cessation of teacher trainings make it much harder for schools to exist at all. Unfortunately, teachers are also struggling. Although their demands for health care and increased salaries were met by the GNA, teachers are fearful to go to work due to the threat of violence in and nearby schools. Aside from the challenges posed by being war-torn, Libya has had trouble establishing a national, unified educational curriculum due to tribal divisions. As a result, an entire generation of Libyans are receiving subpar education or no education at all, which will have long-term negative effects on Libya as it tries to move past conflict and rebuild.

It has been almost 10 years since the death of Gaddafi, but life in Libya remains the same or worse for many Libyans. Access to electricity, clean water, and basic forms of communication are now luxuries for Libyans. Healthcare and education, perhaps two of the most vital services that a government should provide, have collapsed. The heavy international interference in the civil war is strengthening both sides of the conflict, leading to even more destruction in Libya. As the war is prolonged, so is the suffering that follows suit. The growing humanitarian crisis in Libya begs for a peace deal and a long-term comprehensive rebuilding strategy. The last 10 years have overwhelmingly demonstrated that changing the government without reducing foreign interference is not a suitable way to end Libya’s woes. 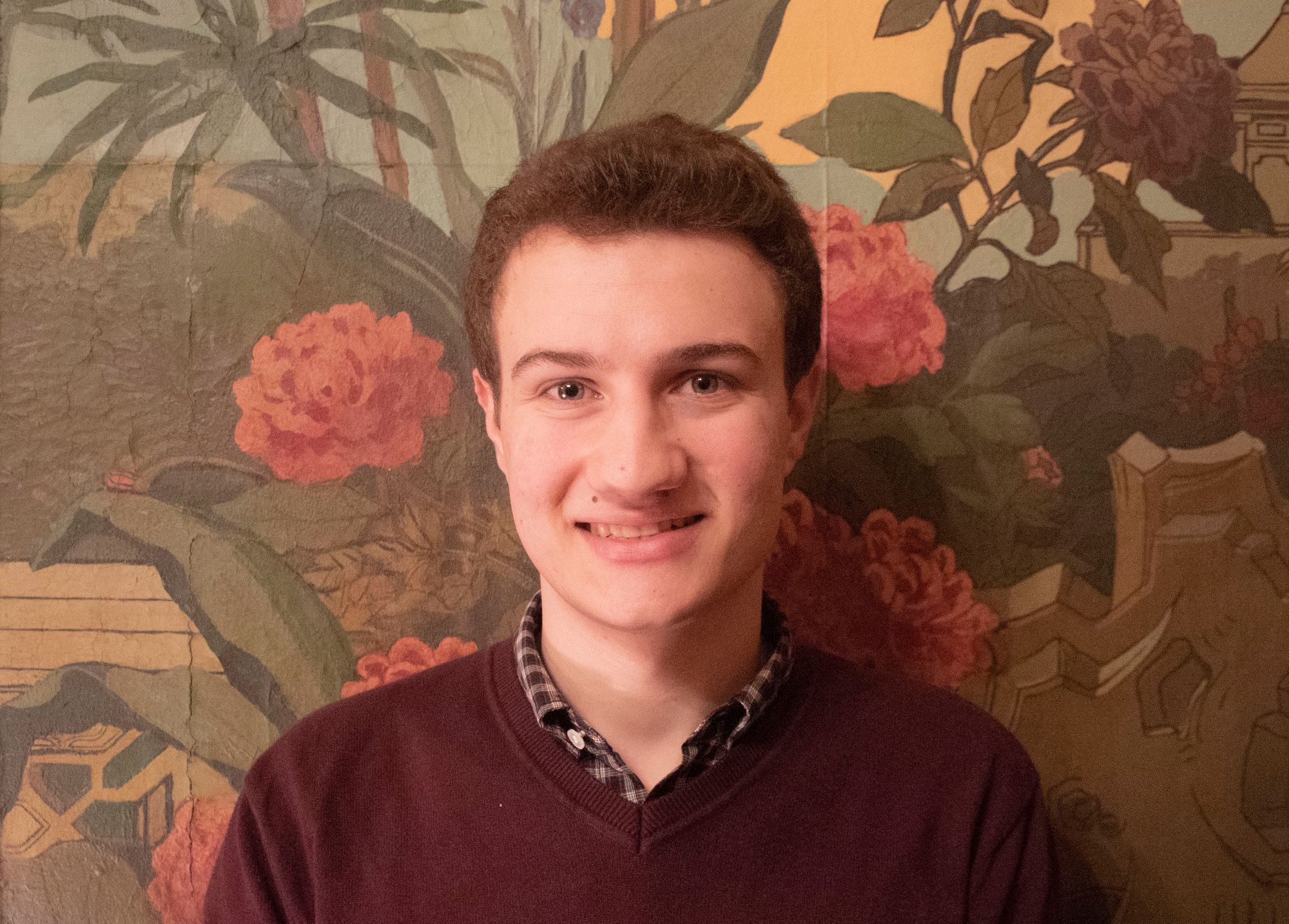 Uluç is a Senior Editor at the HIR. He has previously written about the Libyan Civil War and the EndSARS movement in Nigeria. At Harvard, he studies Government, Neurobiology, and Economics.