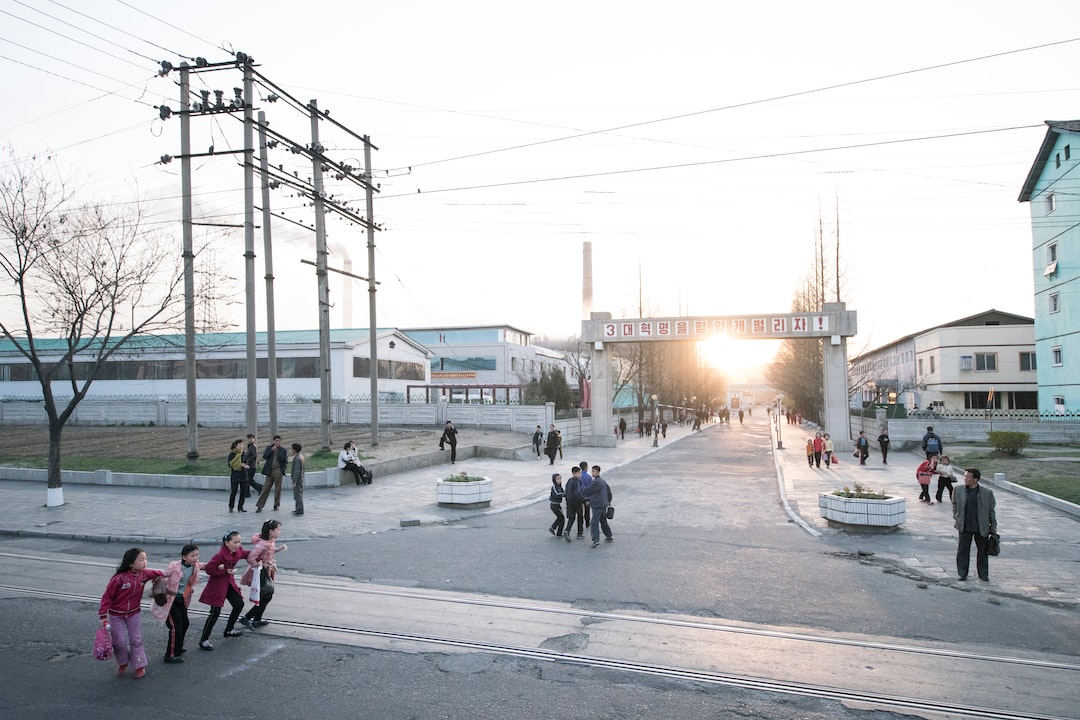 From the archives. Originally published in the Spring 2018 Issue.

Every day for nearly two years, South Korean border guards called a direct line to North Korea. Every day, they got no answer. Until January 3, 2018.

Despite sanctions, humanitarian crisis, and international pressure in recent years, Kim Jong-un’s oppressive policies and dangerous nuclear program remain intact. For the most part, North Korea has been able to stay its course. Still, something is happening north of the 38th parallel. A speech by Kim Jong-un on New Year’s Day called for “peaceful resolution with our southern border," indicating his desire to reframe North Korea’s position on the global stage. The reopened border hotline was only the beginning: leaders from the north and south allowed North Koreans to participate in the Winter Olympics (bankrolled by South Korea), marched under one flag, and left the door open for a future state visit. These developments, and broader trends on the Korean Peninsula, are why some experts predict that something must give.

Of course, analysts said the same thing when Kim Jong-il died. Just over six years later, the son is still in power, the country is still cut off, and the people are still powerless. Why is 2018 different?

In short, the specter of nuclear war has changed the game. North Korea’s newfound nuclear capability amplifies every word of every speech. Since taking power in 2011, Kim Jong-un has conducted more missile tests than his father and grandfather combined. Using advanced technology and foreign expertise, he has amassed a nuclear stockpile faster than anyone expected. The upshot: he can now comfortably strike any city in the United States, and Western powers can do little to change that.

A Brief History of Continuous Failure

Realizing this trajectory, US presidents have tried everything to counter North Korea’s ascent. Bill Clinton promised Kim Jong-il fewer sanctions in exchange for the closure of a nuclear plant. George W. Bush demanded disarmament from the elder Kim before negotiations. Barack Obama employed “strategic patience,” an approach somewhere in between, to pressure Kim Jong-un. Nothing has worked.

Like his predecessors, Trump is changing tack, relying heavily on Chinese compliance. He argues that China, the closest thing North Korea has to an ally, could cut off trade to starve the beleaguered country. But that seems very unlikely. While China may allow insignificant UN Security Council sanctions, it stands to lose a lot if the situation on the peninsula deteriorates. State collapse would mean the worst humanitarian crisis in history, shouldered almost entirely by China. And although China’s leaders would never admit it, they may actually like having a threat to the West in the region. A rogue North Korea allows Xi Jinping to pursue controversial policies of his own; long after news cameras have turned elsewhere, China has quietly continued expansions in the Spratly and Paracel Islands. Xi knows that North Korea’s nuclear program is dangerous, and he occasionally approves modest sanctions, but he will dismiss any policy that jeopardizes North Korean stability. That makes Trump’s plan a nonstarter.

International sanctions have not shown much promise, either. According to Gary Hufbauer of the Peterson Institute for International Economics, if sanctions have simple goals and target weaker states with strong Western ties, they can work about half the time. By contrast, the sanctions against North Korea chase incredibly ambitious goals and target the most isolated and authoritarian state in the world. While the sanctions have dampened economic growth—the Economist Intelligence Unit predicts that North Korea’s GDP will contract one percent in 2018—they have yet to really achieve their objectives. Sadly, North Koreans’ fear and fanatical devotion to their dictator make success even less likely. In the 1990s, North Koreans suffered through a famine that killed up to 10 percent of the population. If severe deprivation failed to shake their confidence then, oil embargoes are unlikely to now.

What We've Got Here Is Failure to Communicate

With no real way to restrain North Korea, the international community can only watch as Kim’s nuclear stockpile grows. Thankfully, however, a deliberate strike on America is extremely unlikely. The North Korean government seems to understand that any action would have an opposite and very unequal reaction. Although Kim Jong-un is sometimes portrayed as a raving lunatic, experts agree that he is rather rational. Yong Suk Lee of the CIA’s Korea Mission Center has said that “There is a clarity of purpose in what Kim Jong-un has done.” Former Secretary of State Condoleezza Rice seems to agree, calling Kim “actually pretty clever.” Kim knows that his authority is tenuous at best, so he does what he thinks is necessary to hold onto power and establish international legitimacy.

Some scholars believe that Kim derived his strategy from Chinese history. After years of diplomatic isolation, China’s nuclear advances in the 1960s necessitated a new US strategy, in part leading to a détente in the 1970s. Kim may be hoping for a similar end. That could explain why nuclear weapons are such a crucial part of Kim’s plan, and why he is willing to sacrifice everything else to get them. A 2016 article from KCNA, North Korea’s state-run news agency, confirms this motivation: “History proves that powerful nuclear deterrence serves as the strongest treasured sword for frustrating outsiders’ aggression.”

North Korea’s arsenal is certainly cause for concern—just not in the way many think. Even if the North Korean government’s goal is not nuclear warfare, the Trump administration cannot seem to see that Kim would not act on his threats. In August, National Security Adviser H.R. McMaster questioned whether deterrence would work in the case of North Korea. Trump was more blunt in a speech to the UN General Assembly in September, suggesting that “little rocket man” was “on a suicide mission for himself and for his regime.” Worse still, the administration often fails to deliver a consistent message. When Secretary of State Rex Tillerson stated that the United States would welcome talks without preconditions, other officials had to walk his comments back.

The disconnect between the US and North Korean governments makes analysts nervous. There is very little room for error when playing with a nuclear football. Without established communication channels, any mistake might end in disaster; it nearly happened already. On Jan. 3, Ankit Panda and Dave Schmerler broke a story in The Diplomat about a North Korean missile that failed mid-flight last April and exploded in one of North Korea’s own cities. More recently, two false alarms caused panic in Hawaii and Japan and illuminated another path to destruction. (These were both set off by human error, but mechanical malfunctions have sounded alerts in the past.) Modern technology allows one nuclear power to cripple another in minutes, meaning that the United States has to assume the worst in the interest of survival.

Herbert Stein’s Law provides some insight into the possibility of conflict: “If something cannot go on forever, it will stop.” The moment that North Korean officials have longed for and Western policy experts have dreaded is here. The situation cannot continue to escalate without some diplomatic breakthrough, military provocation, or social upheaval. Kim Jong-un understands these options. In his New Year’s Day address, he announced his desire for a united Korean Peninsula, whatever it may look like. Moon Jae-in, the newly-elected president of South Korea, has also supported reunification. And despite Trump and Kim’s brinkmanship, the United States is finding its longstanding alliance with South Korea increasingly difficult to justify, making reconciliation on the peninsula possible.

The path towards diplomacy is one possibility. As mentioned earlier, military aggression is another. But there is an increasingly likely third alternative: a political and social transformation within North Korea. Last year, immediately after regaining consciousness, a North Korean defector asked for a Choco Pie. The snack is a symbol of capitalism in North Korea, as South Korean companies once used them as payment in a joint industrial area. After producing a smaller and greasier domestic knockoff to prove itself, the North Korean government banned the treats outright. Now, Choco Pies circulate on a much larger black market that gives North Koreans a taste of the world on the other side.

The story of the Choco Pie demonstrates a larger trend towards disaffection in the Hermit Kingdom. Today, thousands of North Koreans defect to the south every year, a rate that has risen dramatically since the 1990s. Though North Koreans continue to fear their repressive government, they no longer seem to revere it as much. Today, people suffering from severe malnutrition and privation are left to wonder what the outside world is like. This growing dissatisfaction within the country, and a new capacity to imagine the world beyond it, set the stage for reformation, additional suppression, or even state collapse.

North Korea has confounded analysts for decades. The country is notoriously difficult to diagnose, and its future remains a mystery. Still, change is on the horizon—even if we cannot quite make it out yet.