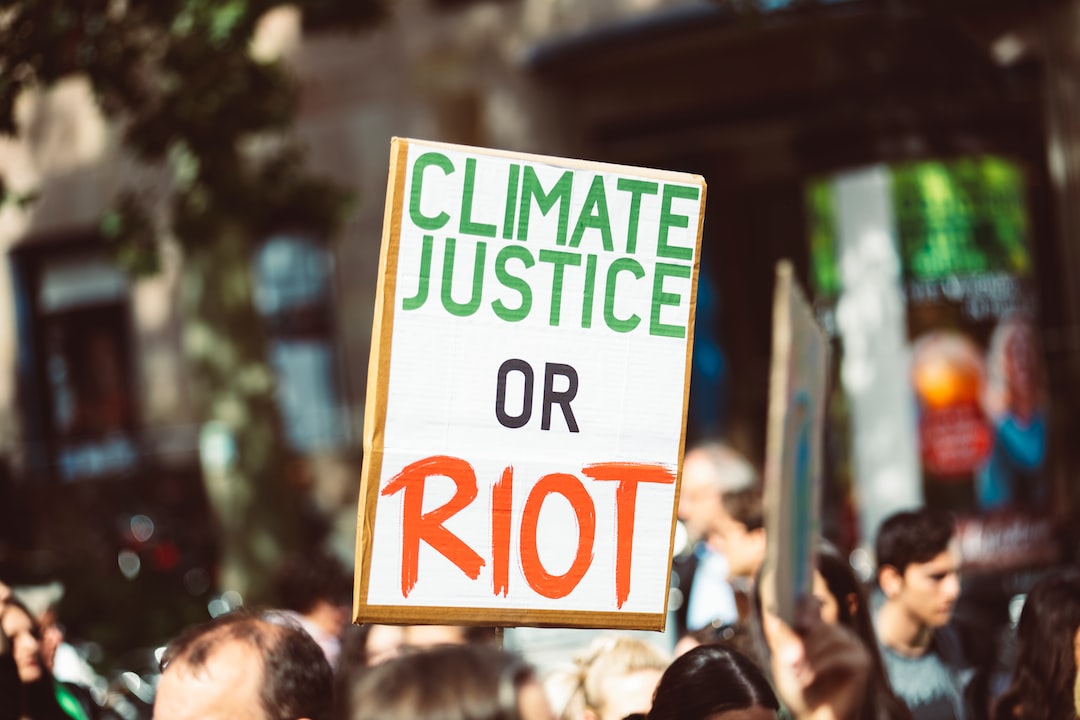 We only have one planet Earth and climate activists around the world are doing everything they can to save it. With dire predictions from scientists raising major concerns over the timeline of effects, it is increasingly evident that change must happen, and soon. While this discussion has been part of the public discourse for decades, the world has only recently been captivated by the fight to save our planet, particularly those with a more extreme methodology.

As the face of the next generation, Greta Thunberg attracted media attention with her determination sitting outside Swedish parliament with her “Skolstrejk för Klimatet” (School Strike for the Climate) sign. Raising a global campaign, Greta and other young activists have led massive climate strikes around the world, casting aside more traditional avenues often leveraged for change to engage in marches to make their efforts heard. Capitalizing off of this energy, more revolutionary groups like Greenpeace have built support for what some consider militant environmentalism.  This mass mobilization of younger activists points to the urgent condition of our planetary health and begs the question of how far activists and demonstrators should go to have their voices heard. How radical is too radical when the future of our planet is at stake?

The Climate in Dire Straits

In this age of advanced scientific techniques and analysis, climate change can no longer be a question of political affiliation. The global temperature has risen 1.4 degrees Fahrenheit since the early 20th century, largely due to increased human emissions of carbon dioxide. Worse, higher global temperatures are melting ice sheets, causing sea levels to rise approximately eight inches in the last century. These widely felt and varying effects spell trouble for communities and ecosystems around the world.

The United Nations Intergovernmental Panel on Climate Change (IPCC) has analyzed and presented climate assessments periodically since its formation in 1988, and recent reports regarding the rise in global temperature and changes in the ocean and cryosphere have raised major concerns regarding the timeline for change. In her remarks to the UN General Assembly in March, General Assembly President María Fernanda Espinosa Garcés warned that there are only 11 years left for humankind to enact massive and unprecedented changes to avert climate catastrophe. Considering the conditions of our situation, radical action and forceful tactics are increasingly becoming the norm. With the 11 year deadline in mind and the growing stress of inaction by governments, more aggressive strategies present an opportunity to enact meaningful change—so long as they are coupled with constructive discussion and policy.

Pioneered by Mohandas Gandhi and Martin Luther King, Jr., the most well-known and accepted forms of activism are civil disobedience and peaceful protest, allowing various causes around the world to raise their voices and enact change. The next generation follows in their footsteps. In 185 countries, from the United States to Kenya, Thailand to Germany, protesters marched and carried signs to raise awareness for the planet and demand action from political representatives. However, as meaningful as these events feel in the moment, their long-term impact is in doubt. No matter how much a group of peaceful citizens implore their economic and political leaders, the ultimate decision regarding climate policies is out of the public’s control; more often than not, such policies are discarded or dampened.

With growing frustration, individuals are increasingly abandoning civil disobedience and protest for a more forceful alternative. Radical or militant environmentalism is a branch of the environmentalism movement that supports the idea of direct action in defense of the planet against those that threaten its health, with tactics like “ecotage” (sabotage for ecological purposes) and “monkeywrenching” (nonviolent sabotage carried out against those viewed as ecological exploiters). With a belief that the legal channels for change fall short of decisive action, radical environmentalists have taken actions into their own hands, with criminal action against those the bad actors deem their weapon of choice.

Greenpeace International is most often cited as a group of radical environmentalists with confrontational tactics. Founded in 1971 as a group focused on “defending the natural world from destruction,” One of their primary campaigns, an effort to protect endangered whales and seals, involved steering small vessels between whales and the harpoon guns of whalers. More recently, Greenpeace activists blockaded South Korean industrial fishing ships and displayed a 25-meter-long arrow reading “Looters of the Oceans” in a protest against the destructive industrial fishing in the Argentine Sea. By indicating the importance of an issue through their ecotage, Greenpeace is able to garner media attention to foster discussion surrounding these topics. Unfortunately, promoting ecotage is a double-edged sword: other types of activism, like ecoterrorism, are often even more destructive and controversial. Defined by the FBI as “the use or threatened use of violence of a criminal nature against innocent victims or property by an environmentally-oriented group… often of a symbolic nature,” ecoterrorism fosters a sense of fear—it is too soon to tell whether inspiring that fear is justifiable.

But whether ecoterrorism is warranted or not, by attempting to invalidate the concerns of environmental groups, the charged term does a great disservice to environmentalism. Activists who resort to such tactics deem the state of the climate severe enough to necessitate such extremity. There is a definite need to separate the method from the message: without decisive action, we will suffer serious consequences. As such, ecoterrorists exist as a symptom of our greater climate illness and inaction. They have formed and taken action because their concern for the planet has not been addressed by the current policies, and we should respond to their actions with dialogue instead of campaigns to discredit their means.

As we begin a new decade, we have the potential to remedy the climate crisis and enact policies with a safe, sustainable future in mind. There will always be those in the halls of power that act as obstacles to reform, but the growing energy in the fight for our planet has the potential to effect lasting change. While peaceful protest is more palatable, militant environmentalism may be necessary to reflect a profound sense of desperation. If Thunberg made the world listen, we must ask ourselves—what will make it act?