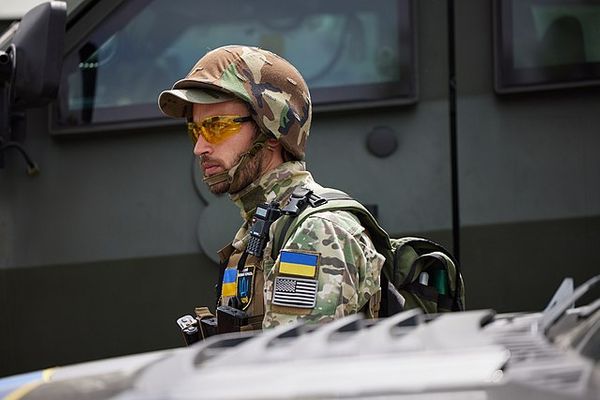 The Latest in a Long Line: Ukraine's International Legion and a History of Foreign Fighters

On February 27, 2022, just two days after the Russian invasion of Ukraine, Ukrainian President Volodymyr Zelensky called for “friends of Ukraine, freedom and democracy” to volunteer for the Ukrainian Territorial Defense forces. In his appeal, Zelensky framed the Russian invasion as a struggle between the global rules based order and authoritarianism, a fight against  “Russian war criminals”.

When the Russian invasion first began, it was met with widespread condemnation around the world. While NATO countries supplied the Ukrainian military with billions of dollars worth of weaponry and medical supplies as well as military intelligence, they have been hesitant to send ground troops to support Ukraine in fears of starting a conventional war with the Russians. Thus, for the governments of the West, the war in Ukraine has, so far, been a proxy war against Russia.

Though the United States and its allies have not sent military forces to engage with Russia, it has not stopped many of their citizens from heeding Zelensky’s call and traveling to Ukraine to fight alongside the Ukrainian Army. Just two weeks after Zelensky asked foreigners to serve in the Ukrainian “international legion,” Ukraine announced that more than 20,000 foreign volunteers from over 52 different countries had arrived. Many of the new arrivals were well trained with prior military experience. These included veterans who served in the US Army, US Marine Corps, and British Army. Their expertise not only provides Ukrainian forces with much needed tactical assistance, but it also gives an aura of legitimacy around Ukraine’s claim of the war being a global struggle against authoritarianism. This influx of Western volunteers in Ukraine is just the latest in the long history of foreigners fighting and dying for nations that are not their own.

Ukraine’s Foreign Legion: An Echo of the Past

Many nations have long standing traditions of foreigners serving in their professional militaries, both in the past and present. Such volunteers have wide ranging motives for fighting. Even the U.S. Navy, up until 1992, had a program to recruit sailors from the Philippines. Ukraine is just the latest in this line. Zelensky’s call echoes that of the Spanish Second Republic, which, when the right wing Spanish military tried to launch a coup d’etat in 1936, relied on tens of thousands of foreign volunteers in the International Brigades to fight against General Francisco Franco’s professional soldiers.

In both the instances of Spain and Ukraine, it seems that the main motivation for many of these volunteers is ideological. Many of the foreign fighters in Ukraine believe Zelensky’s message that Ukraine is the only barrier protecting Europe from Russian authoritarianism, and that they are standing up for people who are being bullied and oppressed by Russian President Putin’s forces. To them, Putin’s illegal invasion extends beyond Ukraine. This war is the frontline between tyranny and freedom, the domino that could eventually lead to their homelands being threatened. As a result, these volunteers believe it to be their moral duty to support Ukraine. This is what motivates them to risk their lives and potentially die under a foreign flag, even while many of their own governments actively discourage their participation in the war. The United States and British governments have both advised their citizens not to serve in the Ukrainian Army.

A similar situation existed in Spain in the 1930s, where volunteers for the International Brigades hoped to fight for the democratically elected Spanish Republican Government against the rise of fascism. Many of these volunteers were left wing idealists who foresaw the threat of fascism in Europe. However, most of these foreign volunteers had no military experience and often performed poorly in combat.

Other Foreign Volunteers Around the World

Perhaps the most famous examples of foreign military volunteers are the Gurkhas who serve in the British and Indian Armies, and the French Foreign Legion. The motivation for these troops differ quite significantly from the Spanish and Ukrainian examples.

Both of these units have distinguished themselves in combat, and they have both had long and storied traditions of serving their respective countries. The Gurkhas, which exclusively consist of soldiers recruited from Nepal, have served with the British Army since 1815, fighting in almost every single major British war since then. Today, there are 3,950 Gurkhas serving in the British Army. They are renowned for being fierce warriors, with Indian Army Field Marshal Sam Manekshaw once saying, “If a man says he is not afraid of dying, he is either lying or he is a Gurkha.” Every year, the British Army recruits Gurkhas from the mountains of Nepal. Being selected as a Gurkha is extremely difficult, with only a few hundred chosen out of an applicant pool of 10,000 each year. It is a great honor to be selected as a Gurkha, and many young Nepalis dream of serving in the British Army.

Like the Gurkhas of the British Army, the French Foreign Legion, founded in 1830, has a reputation of being an elite fighting force. Selection for the Legion is also very strict, with only the fittest and most capable recruits being chosen. In the past, the Legion served as a haven for many with a criminal past seeking to start a new life. After WWII, many former Nazi soldiers even served in the Legion’s ranks during the First Indochina War. Nowadays, there is a thorough vetting process in place, though the Legion continues to be a place where people come for adventure, purpose, and to start a new life.

The Gurkhas and French Foreign Legion both are important military institutions for their home countries, maintaining their proud traditions of service. Whether it be for ideology, tradition, adventure, or other reasons, young people continue to fight and die abroad, and the International Brigades and foreign units of professional Western militaries are just a few of the many examples around the world.

Such images of these young men and women volunteering to fight abroad can conjure up many different opinions. The tens of thousands of volunteers rushing to join the Ukrainian International Legion usually generate respect from the West. In a conflict in which Russian Forces have committed numerous war crimes against Ukrainian civilians, the Ukrainians are seen internationally as standing on moral high ground, and, thus, anyone volunteering to support their cause is doing an honorable deed. Such an image of American or British veterans—after many endured conflicts in Iraq and Afghanistan—willingly leaving their civilian lives to fight for the freedom of foreigners is certainly idealistic and admirable.

For the most part, a similar sentiment exists regarding the Gurkhas and French Foreign Legion. These units are widely honored and respected in the United Kingdom and France respectively for their steadfast service, as well as their combat effectiveness. For many Nepalese youth, being selected as a Gurkha means that they have an opportunity to completely transform their lives, lift their family out of poverty, and serve in the British Army like many of their ancestors, continuing on a proud national tradition. Like the Gurkhas, the members of the Legion are proud of their affiliation with the unit, as well as the Legion’s many traditions. The stereotype of a Legionnaire joining to establish a legitimate life, while serving loyally alongside their brothers in arms and going on adventures, creates quite a romantic image.

Increased Dangers of Fighting for a Foreign Military

Though foreign fighters are often viewed through a romantic lens, the reality is quite different. Not only do these soldiers face the physical danger, stress, and emotional trauma associated with combat and war, but there are also many problems that are unique to foreign fighters.

Since international volunteers are not citizens of the nation that they are fighting for, they are deployed for more combat missions. The rationale behind this is that the political ramifications of having foreigners die in combat are far less costly then having their own citizens be killed. As such, foreign volunteers are often used essentially as “cannon fodder.” The Legion is a prime example of this reality, as one of the most deployed units in the French military. In recent times, deployments have included combat missions against radical Islamists in Mali and the Central African Republic, where the Legion suffered numerous casualties. The International Brigades of Spain also faced such a situation. Their case was actually significantly worse, as their ranks consisted of untrained volunteers who were immediately rushed into combat roles, leading to disastrous results. Most of these foreign volunteers had no military experience and often performed poorly in combat.

Danger for foreign volunteers not only comes in the form of more missions, but also through their very status of being foreigners. Under the 1949 Geneva Convention, prisoners of war are guaranteed protection and humane treatment, however, these provisions do not extend to mercenaries. Even if their motivation to fight was for an ideological or non monetary reason, foreign volunteers run the risk of being considered as mercenaries if captured by the enemy. On June 9, 2022, a Russian backed court in the Ukrainian seperatist region of Donetsk sentenced two Britons and a Moroccan man who fought for the Ukrainian military to death. Such treatment of prisoners of war constitutes a war crime, but the Russians claimed that they were mercenaries and, thus, the rules of war did not apply to them. Such treatment of captured foreign fighters in a proxy war, such as the one in Ukraine, also leads to further strained relations between the proxy belligerents. This erodes the noncombatant belligerent’s official neutrality and elevates the already high risk for escalation of conflict.

In addition to the battlefield dangers, foreign volunteers also often lack the recognition and compensation that their native born comrades enjoy. Traditionally, Gurkha soldiers were not guaranteed the right of abode in the United Kingdom after their service. Even the pensions that Gurkhas received were smaller than that of their British counterparts; it was only with a massive public campaign that these inequalities were changed recently. Members of the French Foreign Legion have also faced significant challenges obtaining French citizenship after their service.

Despite all of the risks and disadvantages of fighting for a foreign military, thousands still rush to join, a trend that has persisted throughout most of modern history. In all three cases, the International Brigades; the Gurkhas; and the French Foreign Legion, the reasons for joining are diverse. Some believe in something so strongly that they are willing to sacrifice their lives, while others simply have no other option (such as for many in the Legion), just like many who join their native country’s military. Even if some reasons for joining are more ‘admirable’ than others, the common unwavering devotion of all these volunteers to their units can still be greatly respected. The young men and women who serve in these militaries require much courage, and that is a commendable trait much needed by all of humanity, whether they be soldiers or civilians.

Cover Image: Ukrainian Soldier with Ukrainian and American Flag Patches during a visit by President Volodymyr Zelensky on June 18th, 2022. Photo by the Office of the President of Ukraine, accessed via Wikimedia Commons. 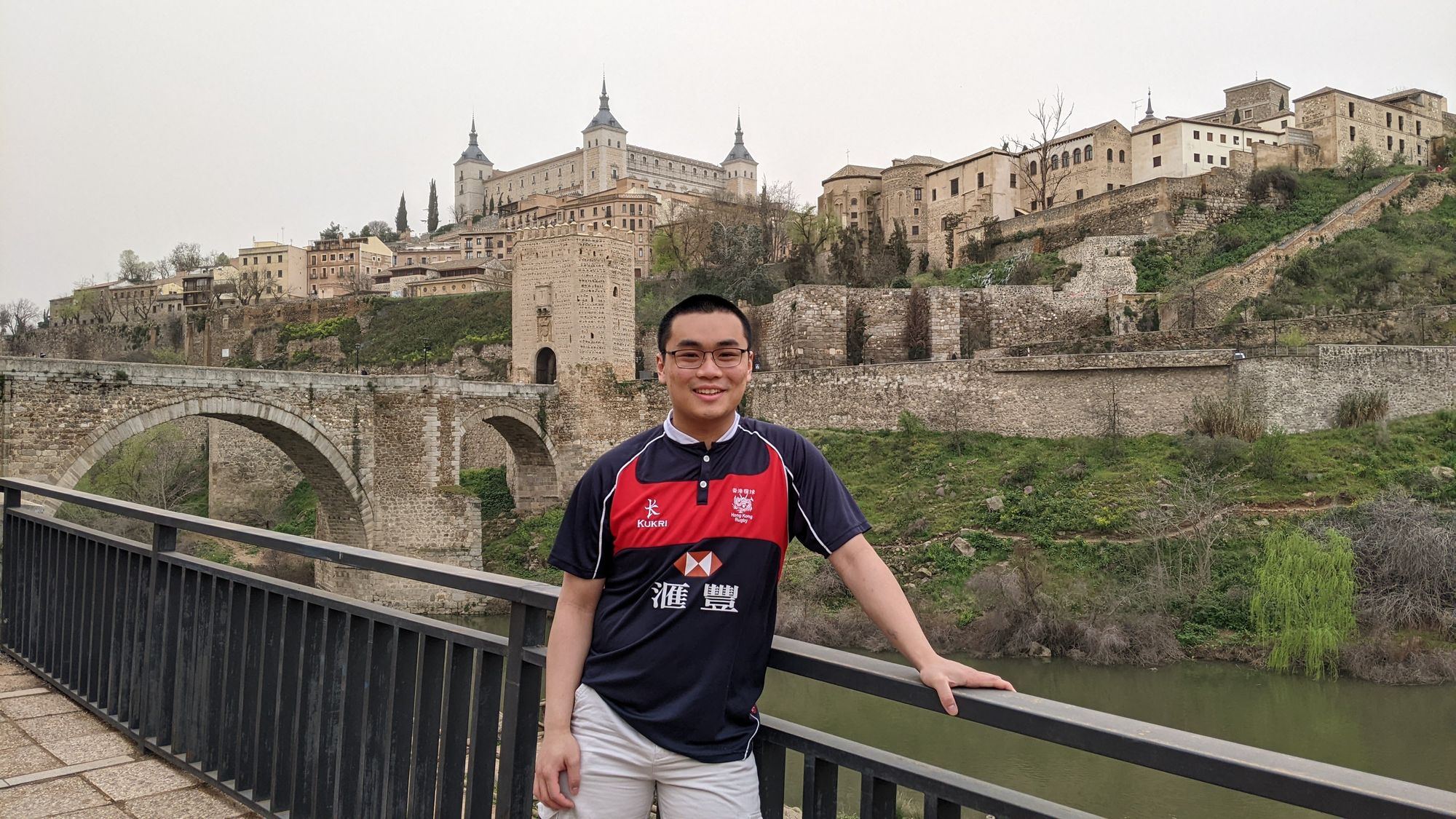 Isaac Tang is a staff writer for the HIR. He is interested in defense affairs, as well as Eastern European and East Asian politics.