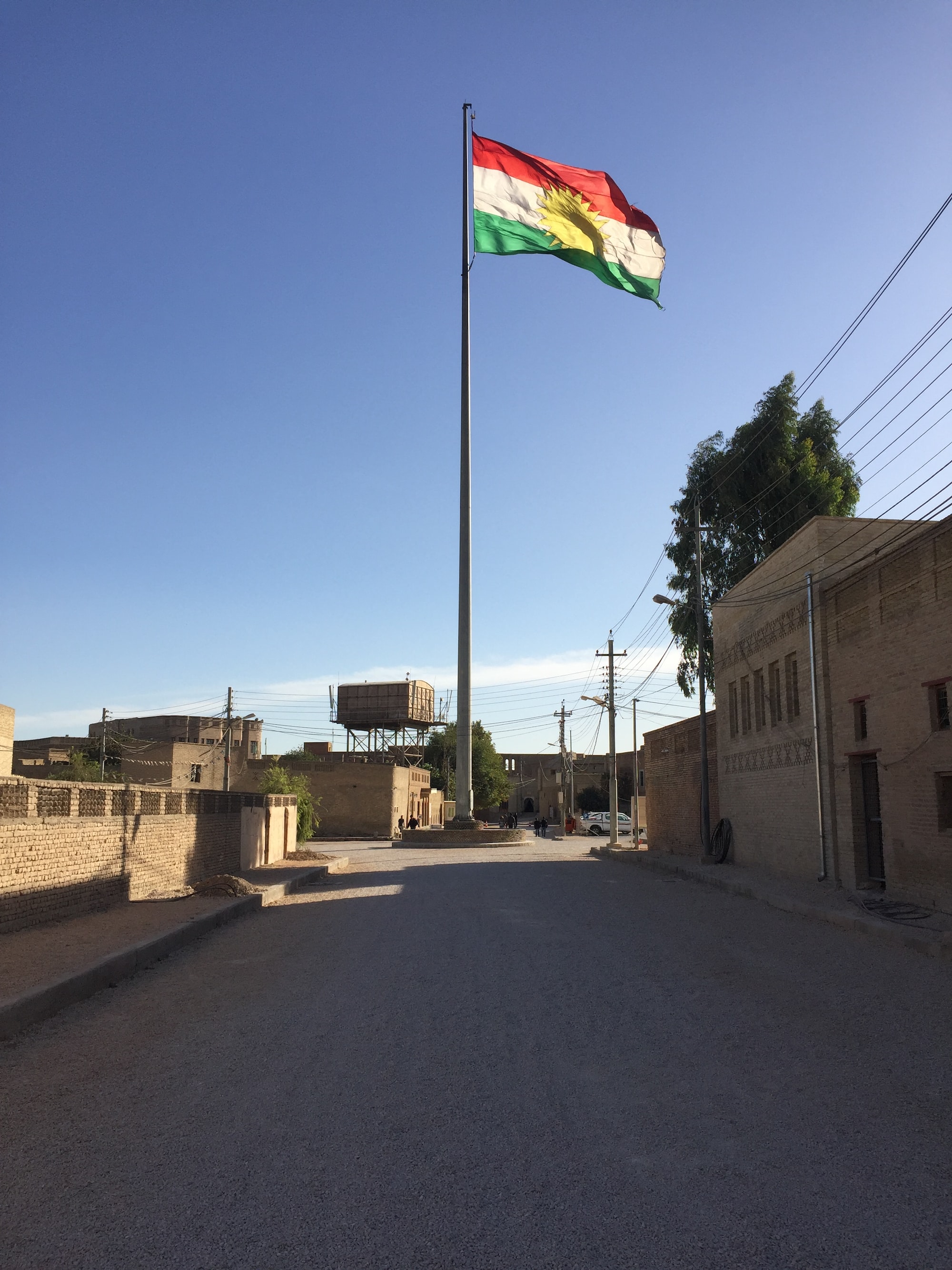 The September 25, 2017 referendum has had such a direct and immediate impact that much ink has been spilled concerning its regional consequences. The referendum’s question—“Do you want the Kurdistan Region (KR) and the Kurdistani areas outside the Region’s jurisdiction to become an independent state?”—garnered a “Yes” vote of 92.73 percent. Its enactment would have given the Kurdistan Regional Government (KRG) the moral and political power to begin a new round of discussions with Baghdad regarding its independence (an issue of international importance since 1946). However, a series of elements appear to be emerging since the referendum date.

With the majority of Kurdish people supporting the Kurdistan Regional Government’s plans for independence, the Kurdish authority aimed to enter into a new phase of policies vis-à-vis Baghdad. Its priority was to achieve a domestic solution for its differences, rather than subjecting itself to an externally imposed one. However, the need for international mediation today becomes apparent following the consequences of the border-violating coup d’état on October 16, 2017—the night of Kerkuk—led by region’s Shi’a elements (domestic militias and neighbouring armies) both inside and outside Iraq that, in coordination with Kurdish opposition forces allied with a certain circle from the Kurdistan Patriotic Union (PUK), was supported by the Iraqi army. Yet, a small group of PUK peshmerga forces stood against this coup.

In a bid to avoid open conflict with civilian dimensions, the government initially adopted a “no fighting” strategy in response to the failed coup. The potential expansion of tensions to the entire Kurdistan Region (KR)—a key axis of Kerkuk’s invasion plan—that involves internal, regional, and international dimensions would have had even more devastating consequences. Whilst defence battles and acts of war have unfolded not only in the Kerkuk area but also in the broader KR, the KR’s post-referendum setting requires a strategic, cooperative, and organised policy both on the domestic and international level.

The artificial grouping together of territories and the enforcement of pre-determined structures on a reluctant citizenship achieve neither social unity nor the desired national unity of Iraq. Regardless of the type of the Iraqi mode of governance, the recognition and the will of the people—as reflected in the September 25 referendum—is what will make Iraq a functioning state. The war waged against the KR following the referendum’s results, by both Iraqi forces and Shi’a militia groups in support of a fragmented regional setting, indicates only a revisionist agenda and questions both the viability of domestic stability and the pursuit of dialogue through a democratic process.

Another element that can be identified—despite regional and international reactions (and silence), along with Baghdad’s hostility—is in fact how untimely it is to plunge the KR into another war that would deepen and exacerbate the existing crisis when pressing international issues such as Syria’s post-war settlement, Iran’s nuclear file, the deepening of the crisis in Yemen following the assassination of Ali Abdullah Saleh, and fragile relations between Iran and the Gulf countries (in particular Saudi Arabia) are still open.

Whilst these events are still unfolding, Masoud Barzani as the President of the KR has had a political advantage: not only did the majority of the Kurdish people within Iraq support the initiative of independence, but its official documentation, as a historically recorded bargaining chip and immutable fact, will be also crucial to future negotiations. This political advantage was turned into a strategic asset, with the majority of Kurdish representatives and their forces in the wider Kurdistan region (spanning Turkey, Iran, and Syria) supporting the KRG’s venture of independence. While the pan-Kurdish unity on a “transnational” level was thus strengthened, especially after the death of Jalal Talabani (Mam Jalal, the leader of the PUK), this was absolutely not clear domestically. The situation in Kerkuk reminds us of the prison dilemma with the government opting for silence and compromise vis-à-vis its relations with the actors involved in the October 16, 2017 attempted coup, and initiating a process of cooperation both within and outside rather than following the act of revenge and putting the blame on different sides. In the current climate, Kurdish unity appears thus imperative.

The aftermath of the September 25 referendum reflects the importance that the international community and regional powers alike attach to the Kurdish issue. However, it is equally true to say that the consequences of the referendum have been overridden by regional reactions. This remains the case given the fact that the rebuilding of Middle Eastern structures in the wider Middle East and North Africa region (strong factors in the international agenda since the end of the second Gulf War) pre-date Kurdish independence concerns. Such events raised the political and military value of the Kurds and led to their transition from de facto to de jure independence (from 2006 onwards). This trend has been also the result of central government policies which can be traced back to the very beginning of the post-Saddam era and the partial implementation of the Iraqi Constitution. These policies involved the formation of new, sectarian state structures which led to intense conflicts—even among Iraqi Arabs—through the marginalisation of Sunnis. At the same time, a failure to escape from traditional, centralised systems of governance has led to the preservation of structures unable to accommodate new realities. In the case of the Kurdistan Region, regional and domestic policy to break up Kurdish unity (just as the rest of Iraq has been fragmented) will only lead to further instability and bring the country to severe crisis.

Another facet to the current crisis is the issue of who owns which territories in Iraq. Since 2007, the Kurds’ recognised military and strategic victories in fighting Islamic State has led to the tightening of Kurdish relations with regional and international states, and these victories consolidated a territorial situation that, at least prior to October 16, was already existing on-the-ground. Thus, Iraq’s territory was anything but confused. The main apple of discord historically remains Kerkuk, not just for Baghdad but for all other states in the region. The case of Kerkuk also demonstrated how the personalities can play a key role in shaping foreign policy.

An element of contradiction throughout this period—leading up to the Kurdish referendum—has been regional reactions, gradually starting to settle again. This is despite the fact that the KRG’s relations with states such as the United States or Turkey had reached their zenith (culminating in the recognition of the Kurdish flag—a symbol of Kurdistan—in official bilateral visits in the case of Turkey).

The pro-referendum proposal by Masoud Barzani for a Federal Kurdistani State provided a viable solution, as it ensured not only the special status of the disputed areas but also secured independence from the rest of Iraq in the sense that it provides the opportunity for a peaceful coexistence in the wider region. In fact, this proposal would legitimise territorially the status quo ante that existed within the state of Iraq prior to October 16, but would also significantly reduce the country’s problems if the Kurdish issue was ultimately the only crisis. However, the current focus of regional policy towards the KR aims to change its status quo and the domestic balance of power.

The question that then arises is: what kind of stability and alliances do regional and international forces ultimately want for Kurdistan and Iraq? How can such solutions restore peace and the rule of law in the region, and how can they take into account the recent catalytic role played by Kurds in the political, strategic, and social sphere, and the recognition of Kurds in both Iraq and Syria as distinct participants in the international community?

A new dispensation for the country would not only satisfy the Kurds’ historical claims, but also those of the Arabs of Iraq. Thus, an antidote to the international and regional Middle Eastern foreign policy agenda to weaken the Arab States, particularly evident in the past years, might be: the peaceful resurgence of the latter’s power through their own structures or models of governance (i.e. Confederation) and not through the destruction of their (e.g. Kurdish) nationals or the imposition of the traditional nation-state model—which is in any case inconsistent with the composition of Middle Eastern societies as multi-ethnic.