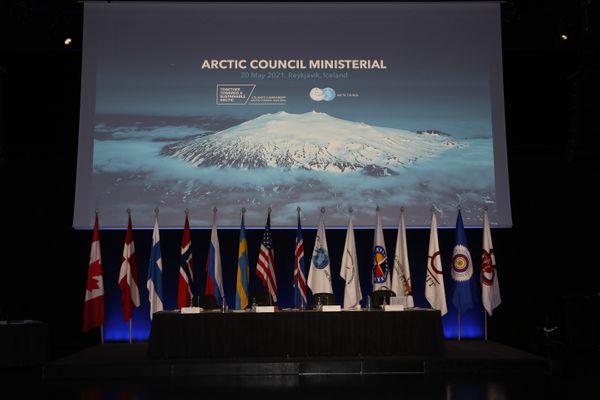 The Influence of the Arctic Council

As the potential for geopolitical conflict in the Arctic Circle heats up, the role of the Arctic Council—the multinational organization that oversees the region—as a possible forum for tempering down looming threats has been undermined by the Council’s structure. The United States, China, and Russia are the main geopolitical competitors in a strife over available territory in the Arctic and the accompanying natural resources that lie in the region. The Arctic Council has eight member nations and 14 observer nations, as well as a rotating Chairmanship of the Arctic Circle that changes every two years. 2021 marked the start of Russia’s two-year tenure at the rotating helm of the council. While Russia has promised to protect environmental interests and to strengthen the powers of the Arctic Council, Russia’s willingness and ability to achieve these goals remain dubious. Any resolution made by the Arctic Council is not binding, placing limitations on the organization’s efficiency. For example, Russia has been advancing its economic interests in the region, which mainly consist of oil drilling. However, this behavior contradicts the Kremlin’s stated goal of protecting environmental interests in the region. The question for the Arctic Council over the next two years is: can it maintain its status as an organization that upholds peace and environmental health in the Arctic region, while also remaining a non-binding organization that deals primarily in rhetoric?

Russia’s economic interests in the region put it on a strong collision course with China and the United States. Mining in the Arctic Circle has become an area of competition due to the finite resources and space upon which to mine. Ambiguity caused by competing Exclusive Economic Zones (EEZs) claims means that territorial jurisdiction is often unclear. Moreover, melting polar ice caps means that territory that was previously inaccessible is now available for countries, such as the US, China, and Russia, to claim. Consequently, this has led to a back-and-forth competition between major economic powers to claim as much territory as possible, as the application of existing EEZs to newly created territory lacks precedent and clarity.

The Arctic Council could play a significant role in determining which countries end up with successful outcomes and which countries fall short of their regional goals. Specifically, this might come in the form of resolutions that countries would have an incentive to abide by. Absent the Arctic Council making a determination that countries adhere to, the potential for armed conflict over territory in the region could increase. The implication is that the legitimacy of the Arctic Council must be recognized by its three major powers—the United States, China, and Russia—as well as the other competing nations in the region in order to avoid conflict. A Russian-led Arctic Council risks the legitimacy of the Arctic Council by creating the perception that its rulings are designed to advance Russian interests rather than mutually-beneficial regional goals. The creation of the rotating Chairmanship was an attempt to bolster the Council’s legitimacy by maintaining the perception of neutral and fair procedures, but this facet of the Council fails to account for the conflict of interest between Chairmanship duties and self-interest that might arise on the part of the Chairmanship nation.

While military activity in the Arctic region has been historically limited, it remains unclear what the Arctic Council’s role would be in preventing further escalation and de-escalation if nations decide to engage in the region militarily. The Arctic Council maintains a unique role in international relations, since other existing multilateral organizations that could potentially have jurisdiction over the region lack the specificity and expertise to govern territory disputes. NATO, for example, does not include Russia or China as members, while existing international agreements such as the United Nations Convention on the Law of the Sea (UNCLOS) lack proper protocols to address the Arctic Circle situation. This means that it falls within the Arctic Council’s responsibility to ensure that there is no military conflict in the region. As with economic issues, Russia’s role as the Chairmanship of the Arctic Council could sow doubts about the Council’s rulings as biased in favor of Putin’s national objectives.

Beyond Russia’s Chairmanship, there are structural issues within the Arctic Council that could make conflict resolution difficult. One of these is the hierarchical status within the organization that includes both member and observer nations. These differences in status mean that it is difficult for every nations’ interests to have significant influence over the Council and its resolutions. Since China is an observer nation rather than a member nation, it could be easy to conceive of a scenario where they ignore an Arctic Council ruling and ramp up their military activity in the region. Similarly, both the current status of Russia as the Chairmanship of the Arctic Council and the structural issue of the nations’ hierarchy could make it difficult for the Arctic Council to properly exercise its role as a deterrent to military conflict. At the moment, these concerns remain largely theoretical, but the Arctic Council and any interested nations must remain vigilant should nations decide to increase their military presence.

The Arctic is an important region to watch over the coming years due to polar ice caps melting and the potential for countries to claim more land. While the problems that lie ahead are apparent, the solutions are less obvious. It is possible that the Arctic Council, even with its flaws, could be the organization that can create peace in the regions by negotiating compromises and agreements that satisfy all of the major parties. In order for this to happen, the Arctic Council needs to prove its strength through demonstrating that it is an impartial organization with legitimate jurisdiction to govern the region through decreasing the global perception of self-interested declarations, and ensuring that every interested nation is included in the decision-making process.