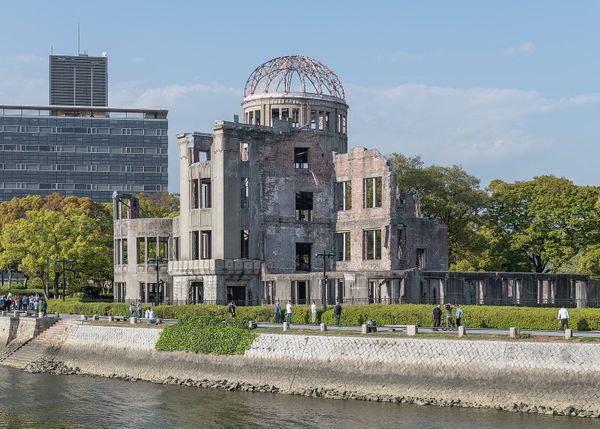 A Case for Rebuilding Nuclear Disarmament

"I saw the blinding blueish-white flash in the window, and I had a sensation of floating up in the air." On October 8th, 2019, a Hiroshima survivor Setsuko Nakamura visited Harvard Law School to share her account of the nuclear bomb strike and her desire for a world without nuclear weapons. The nuclear disarmament has been the pivotal issue of international politics: it was the agenda of the first resolution that passed the UN General Assembly. Nevertheless, the recent display of hostility by some of the nuclear-armed nations shows that the path to meaningful nuclear disarmament is paved with enormous obstacles.

Not only nuclear-armed nations have declined to reduce their nuclear stockpiles substantially, but they are also actively undermining existing institutions that have served as the foundation of nuclear disarmament. The 2015 NPT Review Conference failed amid the disagreement over the creation of Nuclear Weapon Free Zone (NWFZ) in the Middle East. On August 2nd this year, the United States officially withdrew from the Intermediate-Range Nuclear Forces (INF) Treaty, a landmark agreement that contributed to the détente between the West and the East. The bilateral negotiation to denuclearize North Korea has just ended in failure. Moreover, the US withdrawal from the Iran nuclear deal has destabilized the Middle East; there is increasing concern over the potential of Saudi Arabia and Turkey obtaining nuclear weapons.

These incidents reveal the declining trust, especially among nuclear-armed nations, in the capacity of multilateral disarmament frameworks to maintain peace. Some of them are pursuing to protect their security through the expansion of their nuclear capability rather than the observance of multilateral treaties, which further incentives other nations to follow the same path. For instance, the United States announced its plan to spend approximately 500 billion dollars for the modernization of nuclear weapons.

The task confronting the international community is to create strong incentives for nuclear-armed nations to adhere to multilateral disarmament regimes. We need to understand that this issue is not an independent phenomenon in international politics. It constitutes a broader trend of an erosion of multilateral cooperation.

The worldwide decline in nuclear stockpiles at the end of the 20th century would not have been possible without the international community's confidence in the multilateral cooperation system. It is the system characterized by the UN and various political and economic institutions committed to the rule of law and peaceful settlement of disputes.

Today, this multilateral system faces a crisis. US reluctance to play its traditional role as the defender of multilateralism has left a void, which is being fulfilled by authoritarian nations such as China. Additionally, the economic and political polarization in the Western democracies makes it harder for governments to accumulate political capital necessary to enhance multilateral cooperation. Overall, we see an erosion of international norms and institutions. In the context of nuclear disarmament, this results in more nations’ disobedience to the NPT and the escalation of the nuclear arms race.

The advocates of TPNW should demand support from non-nuclear-weapons nations dependent on the US nuclear umbrella. The primary justification by nuclear-armed nations of their possession of nuclear weapons is the role of nuclear deterrence in offering security assurance to their allies. Although many US allies in Asia and Europe, such as the Netherland and Japan, relies heavily on US military power, their dependency does not have to impose total obedience in policies surrounding nuclear weapons. Collectively having a say for urgent nuclear disarmament, possibly ratifying TPNW, those nations could achieve effective containment of nuclear arms race.

Increased support for TPNW might not change the behavior of nuclear-armed nations quickly, but it would make it more politically costly for them to expand their nuclear weapons capability. Its success would be prime evidence of the effectiveness of multilateralism in nuclear disarmament—a small, yet vital step towards a world without nuclear weapons.