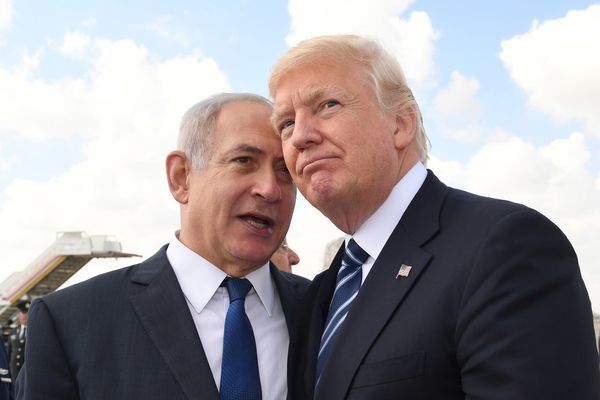 The Facade of Middle East Peace?

Peace in the Middle East. A phrase repeated so often that many may have forgotten what it means. Or, we may be so starved for a solution that we are willing to listen to just about anyone.

Through the devastation of the COVID-19 pandemic, the year 2020 saw a surprising rush of exciting news about peace in the Middle East. Both US President Donald Trump and Israeli Prime Minister Benjamin Netanyahu have been nominated for a Nobel Peace Prize for creating the Abraham Accords: a rare agreement between the State of Israel and Arab states, including the United Arab Emirates (UAE), Bahrain, and Sudan as a late-joining partner, with hopes for others to join in the future. These accords include diplomatic normalization between Israel and participating Arab states, as well as formalized economic and trade relations. Trump describes the Accords as the “dawn of a new Middle East,” carrying a hopeful tone for the transformation of decades of violence into a peaceful future. Seen as a bipartisan US victory, the Abraham Accords are also fully endorsed and supported by Joe Biden as he heads into his presidency. To construct an agreement between Israel and Arab states is certainly a rare diplomatic success, but it is important to consider the actual implications of its expectations for revolutionary change.

While the White House calls the agreement a “Historic Peace Agreement,” it is not a peace treaty in its proper sense: it does not end a war, and, with the exception of Sudan, these states have never been at war with each other. In fact, Israel and the UAE have had quiet security ties for more than a decade, and Israel has had a diplomatic office in Abu Dhabi since 2015. Additionally, Sudan joined the accords in late October only under the condition that Trump would remove Sudan from the United States’ state-sponsored terrorist list. Israel and its surrounding Arab states also align against their mutual threat from Iran, compelling unlikely allies to build a coalition against a hostile Iranian state. In effect, the Accords formalize existing relationships and consolidate support against an Iranian threat, possibly creating a superficial peace that distracts from the underlying causes of conflict with Israel.

For Israel, the foundations of animosity and conflict lay not in distant Arab states, but at home. Anti-Israel animosity in the Middle East stems at its core from the State of Israel’s establishment on land formerly inhabited by Palestinians, and subsequent dual claims to the land. The United States’ diplomatic conflation of animosity from third party states with those who are active parties in the conflict may be utter avoidance of the true issue at stake.

Since 1967, Israel has presided over the Palestinian territories in military occupation—the longest-lasting military occupation in the world—following their victory in the Six-Day War. This occupation entails a separate-and-unequal justice system, in which Israelis are prosecuted with fair representation by civil courts, while Palestinians are subject to the whim of military courts, a ban on Palestinian assemblies of 10 or more people for a political purpose, Israeli military checkpoints on Palestinian land, and the inability of Palestinians to control their water supply or airspace. Israel claims that occupied territories are “disputed,” but according to its own Supreme Court, the State of Israel holds the Palestinian West Bank in “belligerent occupation.”

As part of its occupation, Israel has undergone a massive settlement project, constructing Israeli communities deep within Palestinian territory, connected by segregated roads and surrounded by fortified walls. The Israeli state heavily subsidizes these communities, offering attractive deals for any Israeli citizen who moves into the occupied territories. These settlements, containing 600,000 Israeli settlers in the occupied West Bank and East Jerusalem, wind through Palestinian territory, leaving Palestinians with a “swiss cheese” territory that lacks any meaningful sovereignty. It is important to recognize that it is unlawful under the Geneva Conventions for an occupying power to transfer its own population into a territory that it occupies. For Palestinians, the status quo is undeniably one of occupation.

It is impossible, however, to consider the Israeli occupation from a simple, unilateral point of view. It is vital to consider that, unlike virtually any other state in the world, Israel lives in fear of its existence. From the perspective of Israel, the world’s only Jewish state faces nearly daily threats of violence and destruction, often from Palestinian groups, so drastic measures to ensure Israel’s national security may seem to be an unfortunate necessity.

Regardless of justifications from either side, the State of Israel’s occupation of Palestinians, and its fear of violent threats, are the indisputable sources of hostility in the conflict. Without Palestine, one cannot even pretend to address a plan of peace. Heightening Palestinian hostility in response to its occupation, expressed through the recent election and support of militant groups, will not be quelled by Israeli agreements with exterior Arab states. UN Secretary-General António Guterres recently affirmed that “resolving the Israeli-Palestinian conflict remains key to sustainable peace in the Middle East.”

While the Abraham Accords’ chief architect Jared Kushner met with Israeli officials many times in writing his peace plan, a key party was excluded: Palestinian leaders had no seats at the negotiation table and were not even informed of the plan. In Kushner’s 181-page manifesto of a peace plan, he posits that discourse surrounding Israeli-Palestinian peace is plagued with a “conflation of two separate conflicts.” Kushner’s “two separate conflicts” are Israel’s problems at home and Israel’s problems with its neighbors. Therefore, he believes that Palestinians are not necessary actors in the peace process, which explains why his peace plan looks first and foremost towards exterior Arab states. However, his unwillingness to work with Palestinians as partners to resolve their conflict may come from a point of condescension. Kushner recently said that, if Palestinians reject his plan in which they had no part in forming, “they’re going to screw up another opportunity, like they’ve screwed up every other opportunity that they’ve ever had in their existence.” It is difficult to see how a peace process that excludes a major party in the conflict could lead to any sustainable solution. According to longtime Palestinian legislator and diplomat Hanan Ashrawi, “Kushner as usual misreads the whole situation.”

Following the Abraham Accords, former US Secretary of State John Kerry was heavily mocked for his comment in 2016 that “there will be no separate peace” for Israel without including Palestinians. While Kerry’s critics now easily mock him in light of the Abraham Accords, their basis for claiming that Kerry was wrong is incredibly flawed. While the Accords might have created a superficial “peace” between nations nominally in conflict, it has done little to address the actual source of conflict. As long as it fails to do so, the peace will remain just that, superficial. At face value, Kerry seems to have been wrong, but a nuanced look reveals otherwise.

The Abraham Accords come at no real cost to Israel. There were talks to halt annexation of Palestinian land, but following the deal, as clearly stated by Netanyahu, further annexation is “not off the table.” In fact, Netanyahu approved the construction of 3,000 new homes in the occupied Palestinian territories on the same day that his government approved the Abraham Accords, making 2020 “one of the most prolific years for settlement building.” So why would the UAE, Bahrain, and Sudan enter this agreement? The real winner may be arms dealers; one concrete advancement is that both Israeli and US arms industries can now increase their sales to participating Arab states under the cover of normalizing relations. Some speculate that these increased arms sales will inflame warfare in regional battleground states such as Libya, Yemen and Syria—all under the guise of peace.

What does Middle East peace mean? In the context of the Abraham Accords, it seems to mean ivory tower negotiations with neglect of the millions of people who are affected. Unilateral "peace" sounds good on paper, but changes little on the ground. Superficial peace will only distract from the fundamental source of conflict with Israel, breeding hostility that is destined to be overlooked.

It is easy to argue that the Abraham Accords’ manufactured victory is a benign, aberrational oversight, but there is likely a deeper factor at play. Kushner’s negligence largely reflects a continuation of long-standing US policy. For decades, US plans for Israeli-Palestinian peace have neglected to consider honest discourse with Palestinians, failing to be the unbiased mediator that US foreign policy projects itself to be. According to Aaron David Miller, advisor to six secretaries of state on Israeli-Palestinian negotiations, “for far too long, many American officials involved in Arab-Israeli peacemaking, myself included, have acted as Israel's attorney.” In fact, the US has used its UN Security Council veto power 43 times to block any resolution that condemns Israeli occupation (comprising more than half of US veto uses in UN history). To Palestinian resident Aram Sharif, “the American policy is pretty clear; it doesn’t matter who’s going to implement it.” The United States aside, the international community demonstrates massive opposition to unilateral Israeli occupation and annexation—and it is clearly illegal under international law—but with staunch US vetoes, such opposition lacks any meaningful capacity. Therefore, the United States has put itself in a position where it is the sole entity on the planet capable of challenging the Israeli occupation.

Peace must come from shared understandings, from agreements made on equal footing. Palestinian hostility will not be silenced by diplomatic treaties between exterior states, but by a change in the material conditions of their occupation. Any claim that revolutionary Middle East peace will come from a unilateral, forced agreement reflects a desire for hegemonic control with blatant disregard for the victims of such policy. According to international relations scholar and Harvard Professor Stephen Walt, “our foreign policy elite is not that smart. We have an elite that got accustomed to trying to run the world.”

Perhaps the United States can be an arbiter of peace when policy is foremost guided by those whose future hangs in the balance of peace agreements. 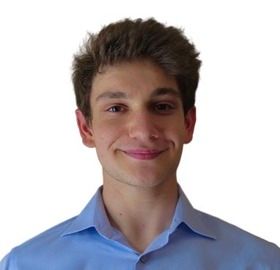 Fred Larsen is an editor and writer for the HIR, and studies history and government at Harvard. He is interested in political philosophy and international conflict.