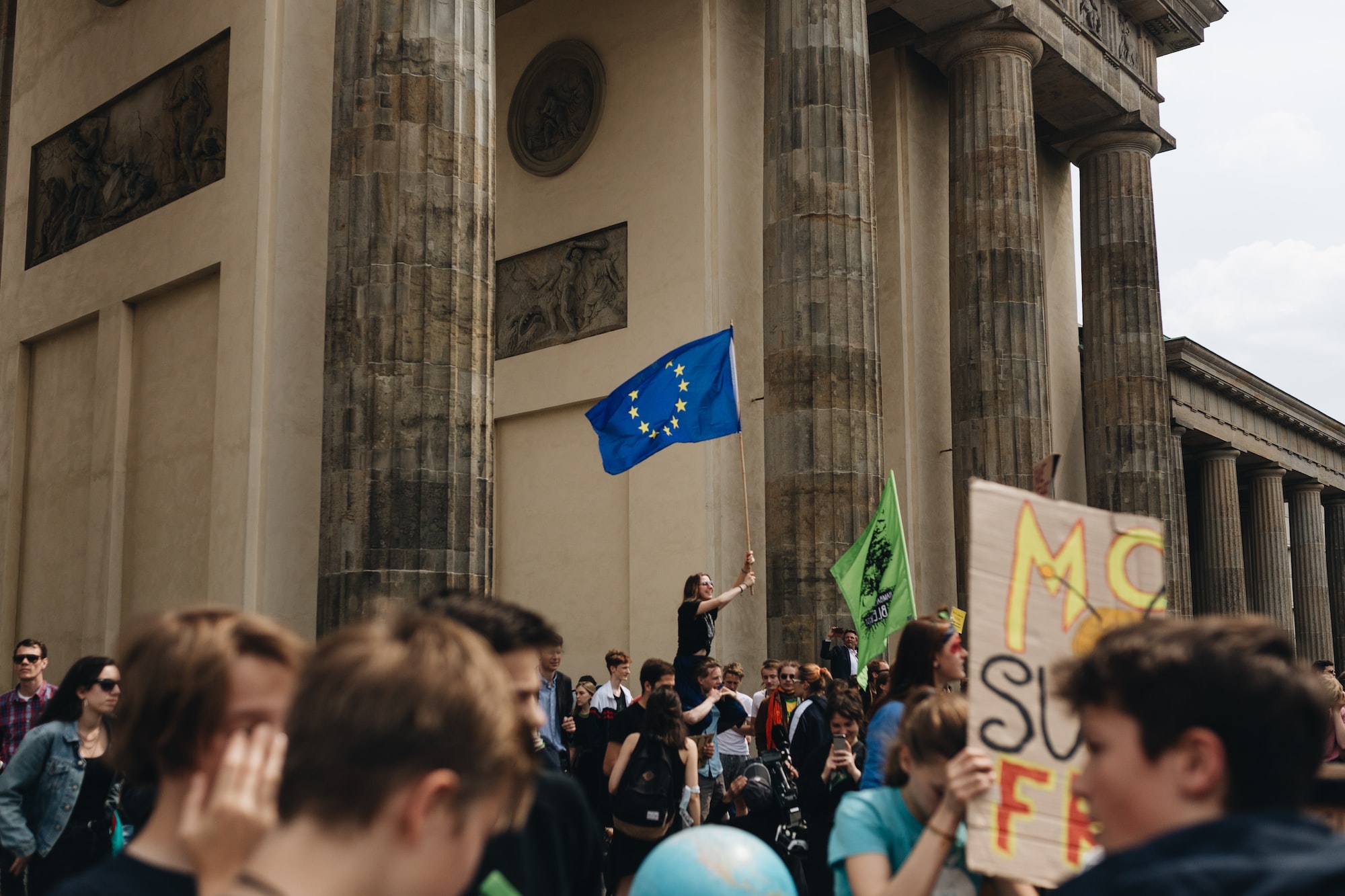 The European Green Deal: Addressing the Intersection of Climate and Racial Justice

Emerging from the European Commission in December 2019, the European Green Deal represents one of the European Union’s boldest initiatives to combat the climate crisis. Backed by almost all EU member states and officially endorsed by the European Parliament as of June 2021, the twenty-four page deal outlines the EU’s collective objective to entirely eliminate greenhouse gas emissions by 2050. This particular objective requires all EU member states to reduce emissions by at least 55% from their levels in the year 1990, mandating that substantive progress be made within the next ten years to curb harmful greenhouse gas emissions. The deal is closely aligned with the economic priorities of the EU, a linkage underscored by the European Commission’s president, Ursula von der Leyen, who in 2019 noted in reference to the deal, “Our goal is to reconcile the economy with the planet.” As the largest economic bloc to implement a set of agreements directly addressing the climate crisis, the European Union has made significant progress in galvanizing support for environmental awareness and action at the governmental level.

The European Commission states that the European Green Deal has three main objectives: 1) no net emissions of greenhouse gases by 2050, 2) economic growth decoupled from resource use, and 3) no person and place left behind. While admirable in its ambition to target the expansive issue of climate change, the lofty goals, particularly the third objective, have garnered considerable criticism. Despite the EU’s pledge to include and incorporate all populations as it pertains to climate, the vague language is a far cry from tangible implementation. Furthermore, environmental activist groups are becoming increasingly more vocal, arguing that, contrary to the deal’s objective, people and places are undoubtedly being left behind. In the spring of 2021, the European Green Deal was the target of intense criticism by the Equinox Initiative Toward Racial Justice, a collective of activists of color launched in March of 2021. The core mission of the group is to center the voices, experiences, and perspectives of communities of color within EU policy and legislative decision-making. The key criticism levied against the European Green Deal by the Equinox Initiative is regarding the deal’s failure to include race in its policies, as well as its role in perpetuating “green colonialism” in the Global South. “Green colonialism” commonly refers to the exploitation of the natural resources of marginalized populations by manufacturers and corporations of the Global North. This can manifest in varied and nuanced ways, but it ultimately disproportionately affects the standard of living of those living in exploited regions. By failing to include the perspectives of those most acutely impacted by the climate crisis, both within the EU and beyond, the deal in its current form falls short of comprehensively addressing the full scope of the crisis.

The Dangers of Wood Pellets

While the European Green Deal addresses the climate crisis with broad strokes, the plan fails to specifically reference particularly harmful practices that remain key tenets of European infrastructure and manufacturing. Europe’s wood pellet market, a core pillar of European biomass initiatives, is a primary driver of the oppression of particular communities. Largely regarded as a sustainable alternative to burning coal for energy, wood pellets have emerged as a key product to fulfill Europe’s energy demands and advance the EU’s goal of incorporating “transition fuels.” Wood pellets have garnered support as a form of renewable energy, as trees can be replanted, yet the larger picture is far more grim. The manufacture and production of wood pellets for the European market has exploded in the Southern United States, where forests are expansive and regulations are fairly loose. In only a few years the industry has grown to produce more than 10 million metric tons of wood pellets for export to Europe. The manufacturing hotspots, however, are disproportionately within close proximity of Black communities, leaving these populations to languish in areas of increased pollution and a crippling loss of biodiversity. The smog and toxic levels of fine particulate matter near these manufacturing facilities leave residents vulnerable to health risks such as heart and respiratory disease. The problematic practice of wood pellet manufacturing, while aiding in the EU achieving its climate goals, remains largely short-sighted, with policymakers turning a blind eye to the lived realities of those suffering the detrimental consequences.

While public discourse is increasingly shifting toward acknowledging the failures of the European Green Deal as it relates to racial injustice beyond the borders of the EU, limited attention has been given to acknowledging the intersection of racial and environmental justice within the EU itself. The deal’s action plan does not explicitly incorporate tangible action steps to address ways to aid the communities of color in European cities and suburbs disproportionately affected by air pollution. The vague and broad language of the deal that calls for “no person or place left behind” skirts around directly acknowledging the experiences of minority communities living in industrial and highly polluted areas.

While now outside of the EU in a post-Brexit world, the racial and environmental intersection has long been especially salient in England. A UK study conducted in 2016 revealed that Black communities in London are more likely to breathe toxic levels of air pollution than their white or Asian counterparts. More specifically, the study showed that African and Caribbean people living in London account for 15.3% of those exposed to nitrogen dioxide levels that exceed legal EU limits, yet these populations only account for 13.3% of London’s total population. The Black population of London is largely concentrated in South London, specifically the areas of Southwark and Lambeth. These boroughs, where homes cluster around busy roads, also report the highest levels of nitrogen dioxide and air pollutant levels. Such disproportionate impacts of air pollution on communities of color highlights the need to address these issues through both a racially-conscious and environmentally just lens.

Within the EU, communities of color face similar plights. In the summer of 2020, anti-racism campaigns in France collided with those advocating for environmental justice.  A coalition was subsequently formed within French suburbs urging policy changes regarding race, climate, and their intrinsically linked roots, causes, and ramifications for communities of color. Beaumont-sur-Oise, a Parisian suburb, was the site of a large march in July 2020, with participants demonstrating against not only racial injustice and police brutality, but broader issues related to climate. The march united around the overarching message of, according to the environmental advocacy group Alternatiba’s spokeswoman, Elodie Nace, “We want to breathe.” Nace noted in an interview with France 24 that Alternatiba’s main objective is to change the societal perception of environmentalism and center Black voices in conversations relating to climate change. Broadening environmental discourse to include communities of color is especially imperative as France’s least affluent suburbs, home to immigrant and minority communities, suffer disproportionately from the effects of air and water pollution.

The Parisian suburb of Pantin, for example, was named the most polluted suburb in France by the World Health Organization in 2016. More recently, a 2020 study at the Paris School of Economics on inequality in exposure to air pollution in France revealed evidence of cross-sectional and longitudinal inequality in exposure to fine particulate matter. It also found that in urban areas, census block deciles of the lowest income levels faced a disproportionate burden of exposure. Additionally, results indicated that the share of immigrants in particular census blocks is positively associated with fine particulate exposure, suggesting a prominent ethnic gap.

A large portion of urban and suburban pollution within the EU stems from harmful practices, such as the widespread use of garbage incinerators. For years, the EU has burned millions of tons of garbage, promoting the technique as a means to turn waste into usable energy. Proponents of the tactic cite the benefits of transforming “waste to energy,” yet environmental advocacy groups, including ZeroWaste Europe, are urging an immediate cessation of the practice. According to a member of the Brussels-based NGO, Janek Vähk, burning garbage is a leading source of polluting energy, one that “undermines the EU’s 2050 net-zero emissions target.”

A 2010 study published in the European Journal of Public Health on inequalities and environmental justice as it relates to waste management zeroed in on the dire impacts of waste management. Researchers reviewed literature published after 1983 and found consistent indications that waste facilities are disproportionately located in areas in which deprived communities reside. The study called for an identification of revised waste management policies to minimize the health risks associated with living in close proximity to waste management centers, namely garbage incinerators. Despite such studies and an increasingly vocal coalition of opposition, incinerators remain a large part of European waste management strategies. With many nations failing to implement the best pollution-control systems, the toxic pollutants and emissions from garbage incinerators remain inadequately regulated, continuing to wreak havoc disproportionately on communities of color in close proximity. Trends in incinerator use do not appear to be slowing down, with even a few European countries, including Greece, Bulgaria, and Romania setting plans in motion to build new incinerator plants. Without a change in policy, communities living near waste management centers remain vulnerable to the hazardous impacts of such harmful practices.

The European Green Deal represents a significant step forward in European efforts to combat the climate crisis, yet gaps remain, especially at the intersection of racial and environmental justice. The objective of eliminating greenhouse gas emissions is undeniably admirable and represents the EU’s commitment to a cleaner, more sustainable future. Even as these strides are made at a legislative level, however, there must be sincere efforts implemented to address pervasive inequities stemming from the climate crisis. Key issues demanding policy revision include the air pollution and wood pellet production disproportionately impacting communities of color. By centering the voices of those most acutely impacted in conversations about environmental policy, the most crucial aspects of climate change could assume a role at the forefront of legislative discourse. Seeking alternatives to entrenched practices that perpetuate inequities for deprived areas and populations and subsequently incorporating such alternatives into legislation is imperative for implementing a comprehensive climate plan -- one that truly leaves no person and no place behind.