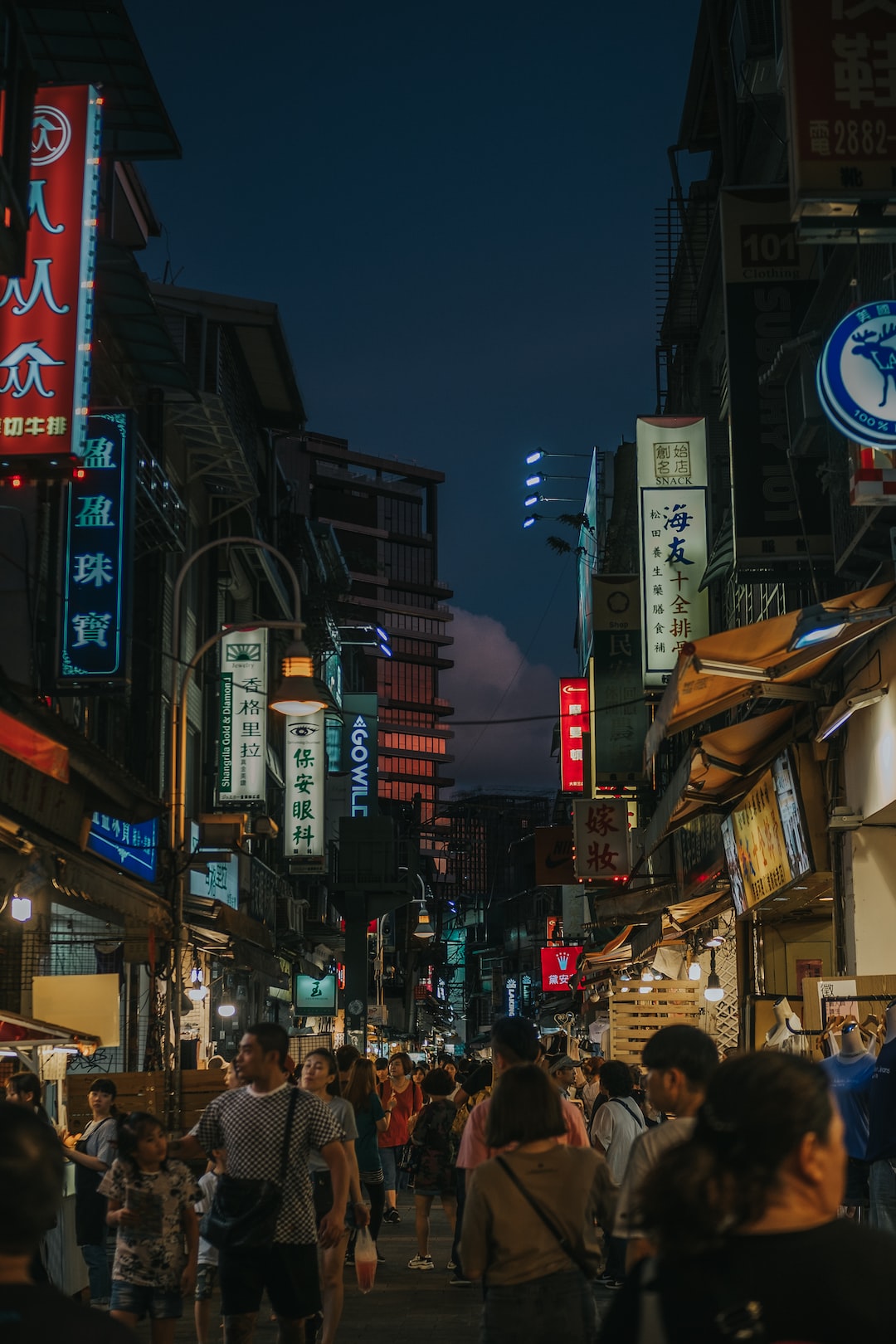 The East Asian Miracle: Where Did Adam Smith Go Wrong?

Smith attributed economic growth to a “natural propensity” in human nature to maximize wealth or what he called “truck, barter, and exchange,” whereby individuals find it rational to carry out full-scale production by systematically cutting their costs through specialization, accumulation, and innovation. Individuals move towards larger- scale production by offering their products to potential partners for exchange, and partners are anticipated to do the same in return. As a corollary, that which is good for individual actors, Smith posits, is good for the aggregate economy. Indeed, Smith’s theory captures the essence of what induces economic development: the individual’s rational proclivity to maximize wealth. To make this process of individual self- maximization and subsequent market growth viable, Smith argues that there should be no force, not even state-intervention, disrupting the market, since intervention would only serve to distort the market. In other words, economic growth occurs when “the invisible hand” of the market regulate[s] itself. However, the experiments of rapid economic growth in the East Asian Tigers, namely South Korea, Taiwan, and recently China, seem to contradict Smith’s theory.

Contrary to Smith’s assertion, a cursory revision of the titanic economic growth of the late 20th century developers, namely Japan, South Korea, and Taiwan, clearly reveals that economic growth in those countries has been due to anything but non-state intervention. Quite the contrary, it was not the “invisible hand” of the market that kindled rapid growth in those countries but rather the “visible hand” of the state, which directed the flow of capital to the industries the state thought would be the most productive. State-intervention as a crucial ingredient of rapid industrialization of the 20th century’s late developers is no longer an esoteric reality to intrepid development economists. Without vigorous state intervention, massive industrialization would not have been feasible in the post-World War II giant industrialized economies, namely Germany, Japan, and recently the East Asian Tigers. The state in those late developers not only provided macroeconomic conditions conducive to capital accumulation and economic dynamism, but also strove to reduce uncertainty and risk for the local firms through various provisions of subsidies such as cheap credit, low or no taxes, as well as subsidized equipment and machinery.

In theorizing the essential role of the state in instigating development, keen attention has been placed on the trajectory of the East Asian Tigers, distinguished by pervasive state intervention which has boosted their position in the world economic hierarchy. The enormous success of the East Asian Tigers has generated significant rethinking in development economics. In the early 1980s, the dominant trend among development of the poor performances of state-led development in areas such as India, Turkey, and Brazil. While the aforesaid countries did achieve somewhat respectable industrial transformation, it cannot be denied that their performance both in export promotion and GDP growth fell far short compared to their counterparts in East Asia, namely the Tigers. Although there were many reasons for their downturn, the broad trend was unmistakable: the maladies and the poor performance were partly generated by the state itself. With a private sector swollen from subsidies virtually immune from foreign competition and bureaucracies mired in corruption and venality, hailed economists such as Anne Krueger and Jagdish Bhagwati suspected that the state itself lay at the heart of the crisis. The lackluster economic performance in many developing countries which had adopted state-led development seemed to give neoclassical thinkers a good solution to the conundrum of rapid economic development in East Asia: South Korea and Taiwan developed because of their fidelity to non-interventionism and free market. This approach to state-intervention is best encapsulated by Nobel Laureate Gary Becker’s confident assertion that “the best industrial policy is none at all.” This argument held sway for nearly two decades starting in 1970s.

Approaching the End Times? The Securitization of Paris—and Beyond

However, by the late 1980s, a series of studies suggested a rethinking in old convention of “non-state intervention.” These were led most notably by the late MIT economist Alice Amsden and subsequently by Robert Wade, whose case studies of South Korea and Taiwan won currency among the scholars of economic development. The studies claimed that the success in the South Korean and Taiwanese economies has not been due to their fidelity to “non-state intervention,” but rather a reliance on heavily interventionist industrial planning. The Korean and the Taiwanese states actively manipulated trade and exchange rates and heavily protected the domestic markets against foreign competition while their industries were developing. Facts about heavy state intervention in the East Asian Tigers also did not go unnoticed in the World Bank’s landmark report The East Asian Miracle on the performance of those countries in 1993.

“The studies claimed that the success in the South Korean and Taiwanese economies has not been due to their fidelity to “non-state intervention,” but rather a reliance on heavily interventionist industrial planning.”

Across the developing world, state- intervention, protectionism, and domestic capital support in the form of cheap loans and subsidies were prevalent. By the consensus of all scholarly accounts, not only did these protectionist measures not lead to the desired growth rates, but they also turned local industries into a coterie of rent-seeking firms that had no incentive to innovate and boost exports. This begs the question, however, if these are the same economic policies that were implemented across the developing world, why then did they succeed in East Asia, but fail elsewhere? To answer this question, one must examine the criteria of the state in those successful experiments of economic development.

Since the late 1980s, the state has been an important feature of scholarly work on industrialization. The most prominent is the “developmental state” literature, which claims that successful industrial policy requires a state to actively coordinate economic activities to the enhancement of industrial performance. In both South Korea and Taiwan, the state was capable of what Alice Amsden astutely coined “extracting performance” from the local firms in exchange for the financial support and protection that it put at their disposal.

In many developing countries, subsidies to local industries were treated as “gifts,” without demanding higher performance in terms of quality and competitiveness. In contrast, the state in the East Asian Tigers was able to set higher standards and demand higher criteria from the local industries. In doing so, the state precluded rent-seeking and provided incentives for the local industries to perform competitively, since subsidies based on monitored performance are the most efficacious. As a result, the East Asian Tigers are distinguished by their ability to demand performance in exchange for financial support and market protection.

“For the state to prevail in delivering its developmental objectives[...] it should be endowed with the support of business groups.”

That said, the state’s ability to extract better performance from the local industries is itself insufficient to bolster economic development or induce rapid industrial growth. For the state to prevail in delivering its developmental objectives, as NYU development sociologist Vivek Chibber said, it should be endowed with the support of business groups. Chibber’s meticulous archival study Locked in Place:

Against Europe’s Economic State-Building and Late Industrialization in India demonstrates that both India and South Korea enjoyed a bureaucracy committed to economic development, but the performance of the latter stands in stark contrast with the former. South Korea, a country that ranked 40th among global exporters relative to the United States in 1962, became the fifth-largest manufacturing exporter to the United Sates in 1986, managing to avoid the fate of much of the rest of the developing world. Chibber argues that this is because Korea, in addition to possessing a developmental and rule-following bureaucracy as well as cohesive planning policy, enjoyed the support of its business groups; this very support was lacking in India, Brazil and Turkey.

Alliance of the state and business groups

The whole idea of state intervention derives from the fact that it is simply not viable for local industries to integrate the world market and thrive independently against the existing firms. More specifically, while firms already in the global market have various tactical advantages such as links with the commercial networks, in contrast newly arriving firms find it very difficult to compete with them due to obstinate market barriers. As a result, the state takes it upon itself to intervene in order to secure the resources that domestic firms lack and to reduce the degree of uncertainty and risk, thus protecting local firms from the juggernauts of the global competition. It should be noted that protectionist strategies should not last forever. Once the firms reach the point where their output is relatively competitive, the state should expose them to international competition so that they may support itself with higher quality of products.

On the other hand, the state cannot industrialize on its own, as it does not directly control the investment mechanisms. Thus, as Chibber demonstrated, the alliance between the political elite of the state on one side and the business groups on the other side is extremely significant in realizing the developmental objectives. To stimulate business groups to invest in the desired industries, the state in South Korea and Taiwan heavily manipulated the exchange rate and nationalized all banks to regulate the financial market.

In short, amid the rich diversity of experiments of industrialization in the post-war era, the East Asian Tigers stand out as lessons of exceptional success. The success of these economies was brought about with the enormous intervention of the state—a state that was not only developmental, but also enjoyed the support of business groups. Had the state in those countries not met those criteria, it would have been difficult to conceive such impressive growth rates in East Asia. The state in the East Asian Tigers managed to avoid the fate of developing nations elsewhere that ambitiously embarked on economic development, but now only serve as lessons of disappointment.