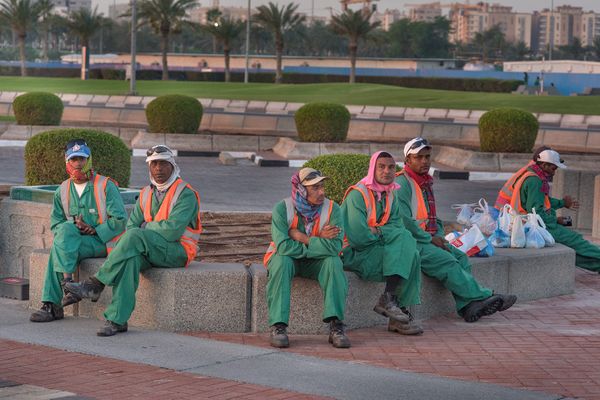 The Damning Legacy of Remittance in a COVID world: Case Study South Asia

January 24, 2020: Nepal reported its first case of COVID-19—the first in all of South Asia. By March 8, every country in the region had at least one reported case of the virus. Governments purported to act quickly, immediately announcing a COVID-19 relief fund when there were merely 150 cases overall. Amidst rampant government shutdowns with cursory notices, the region comprising a fourth of humanity was expected to come to a complete standstill—within a single day or two in some instances. As always, some groups fared worse than others. Visceral images of migrant laborers walking hundreds of kilometers back to their villages—unable to survive in closed cities or access regular transportation back home—quickly gained global infamy. As the international focus on domestic migrant workers in South Asia reached its eventual peak, another problem started appearing on countries’ purview: the millions of workers working abroad, supporting their families, communities, and in many cases, whole economies.

Remittance, for more than 272 million people around the world, is the money they send back to their families from their wage labor.  For developing countries, remittance is a macroeconomic promise—a promise to act as a safety net during economic downturns. But as remittance-dependent economies in South Asia experienced a global pandemic, the promise started to falter; the promise to individual workers from the sub-continent, that of a better life with lower poverty, higher disposable income, and a better life overall started slipping through the cracks too. The pandemic revealed what decades of political consensus had missed - that exporting labor, without a plan B, is an ill-conceived long term growth strategy. Countries in South Asia which depended heavily on foreign remittance suffered more during this pandemic. People in the region who built their lives around foreign remittance suffered the most.

The World Bank predicted in April that remittance flows in South Asia would fall by more than 22 percent in 2020—slightly higher than its global prediction of 20 percent. For the millions of families of migrant workers around the world, the pandemic threatened their main source of income and economic stability. The effect was especially pronounced in South Asia, with India contributing the highest number of migrant workers globally. India was also the highest recipient of foreign remittance in 2019. For a country like Bangladesh, where remittance contributed to 38 percent of the growth in output per capita over 1970-2009, remittance was simply too significant of a growth driver to replace. In Nepal, which garnered 26 percent of its total GDP in 2019 from remittance alone, the consequences of such a drop would be devastating to families, communities, and the whole country.

Following the economic liberalization of the subcontinent starting in the 1980s, government policies heavily encouraged labor migration. Pakistan offered special incentives, including duty-free imports for migrant workers and seats in public universities and public housing schemes to non-resident Pakistanis (NRPs). Bangladesh introduced special wage earner bonds to promote migrant savings. Sri Lanka even went as far as offering pre-departure travel loans and free insurance to the families of migrant workers. They had every reason to—every measure of economic health expressed glowing reviews in favor of remittance. One study found that migrant remittances had led to a decline in poverty in Nepal from as much as 42 percent in 1995 to 31 percent in 2003.

One would be remiss to ignore the historical consequences of colonialism at the heart of modern South Asia. Colonialism formed channels of vulnerabilities in the sub-continent which manifests today, most starkly among others, in the form of economic dependencies like the export of labor. The central reason why any large number of people would move beyond the comforts of their home country for job opportunities is painfully obvious—a lack of economic opportunities at home. Such incentives are boosted by a more lenient international migration system facilitated by the demand for foreign labor. Gulf countries, as they embarked on their own state-building enterprise, were one of the biggest employers of workers from South Asia. Today, the Gulf region alone contributes more than half of all the remittance sent to South Asia.

With more than 28 percent of the total GDP funded exclusively by foreign remittance, Nepal stands as an outlier even for South Asia. Pakistan comes at a distant second, with 8 percent. Nepal has the fifth highest GDP dependence on remittance of any country in the world. A report in 2016 found that one in four households in Nepal has one member working abroad at any given time. More than three-quarters of the formal work permits are issued for Gulf countries, but informally, many in Southern Nepal work in India given the open border between the two nations. Why are so many people in Nepal going abroad for work?

A lot of what happened can be traced back to the Maoist Civil War from 1996 to 2006, which displaced more than 100,000 people in Nepal and disproportionately ruined the economic prospects of rural areas. The war was followed by nearly a decade of political and economic instability. Many fear that such conditions have formed a recurring culture of dependence on remittance. The absence of the household head, the father in many cases, for most of one’s childhood creates channels of vulnerability among young children. These children then disproportionately drop out of school and follow their father’s footsteps—footsteps which lead them directly to foreign lands among unfamiliar faces but a very familiar situation.

Nobody disputes the great extent to which remittance has helped curtail poverty and boost economic growth in Nepal. Yet, there is similarly little disagreement over the remarkable ineptitude of the Nepali government to assuage economic needs within the country. The public outcry against government negligence of foreign workers shifts with the tides of media coverage. Meanwhile, the harrowing halls of the only international airport in Kathmandu shrieks with cries of horror as it receives three dead bodies of migrant workers every single day of the year.

Remittance failed to outlive its illustrious promise of a countercyclical safety net during COVID. While estimates of a precipitous downfall in remittance rattled families and governments in South Asia, some pointed to the pre-COVID years of 2015, when remittance from migrant workers almost doubled during the once-in-a-lifetime earthquake in Nepal, significantly boosting recovery efforts. Some also point to the more recent floods in Kerala, a state in India, where floods in 2019 led to India retaining its top spot as the highest recipient of remittances globally. The pandemic, however, shed a bright light on the biggest vulnerability of remittance-based economies, that is, its nervous reliance on many issues desperately beyond the control of any single state: geopolitical tensions, the global economy, and now, a global pandemic.

While a global pandemic has dire economic ramifications for all countries, dependence on remittance makes economic recoveries much harder. Such countries do not only require their own economic comeback; they also desperately depend on increased remittance from the economic recovery of other countries they previously depended on. Hope in such dependency gets murkier as different channels of economic associations falter and break during long recessions or lockdowns. For long periods of time, this could simply become a catch-22 for option-less governments and families: no recovery without further remittance and no remittance without further recovery.

Again, nobody disagrees over the poverty-lifting, standard-increasing, and consumption-boosting benefits of remittance. But the pandemic has made it abundantly clear, that questions about economic growth should not merely concern the short term upliftment of people’s living standards, as important as that is. Long-term prospects of economic growth are equally, if not more important. Economists generally agree that the long-term effects of remittance in a country’s economic prospects simply depends on how the remittance is spent. If the money coming in is being spent for the future, then it will yield good results in the future. But surveys in Nepal show that 80 percent of remittance is spent buying foods, clothes, and home appliances. The multiplier effects of consumption is unfortunately not always to one’s benefit. In fact, one of the studies reported that remittance in Nepal had resulted in a sharp decrease in the country’s net productivity due to a paucity of domestic workers and increased consumption of agricultural imports boosted by remittance.

Many highlight the moral hazard associated with a remittance culture: that governments simply stop spending enough on social services like education and health care, and citizens also cease holding governments accountable. For a region that receives more than a quarter of all the remittance in the world, any discussion of shifting away is definitely distressing—but it is a discussion we must have. 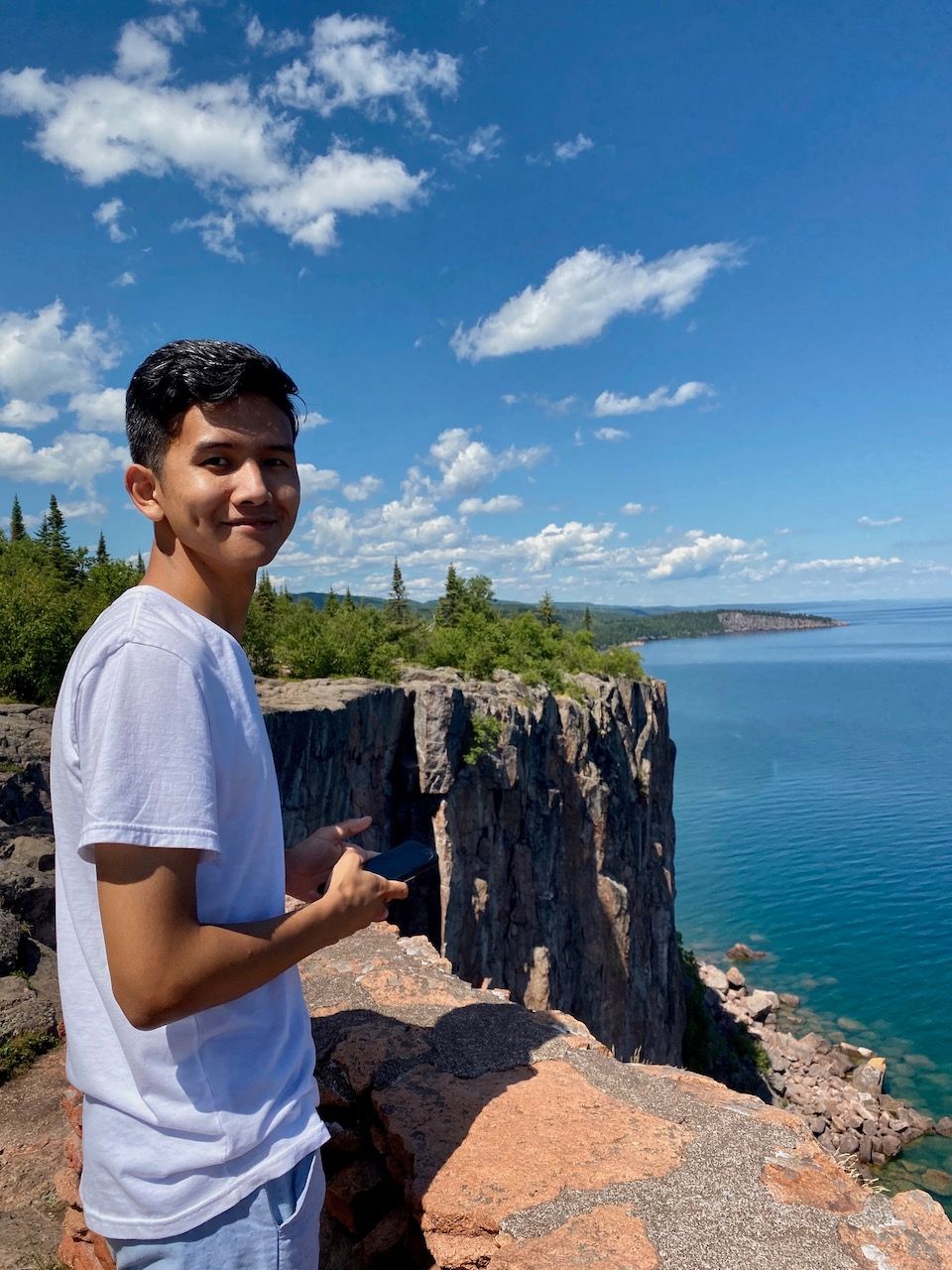 Ang Sonam is a staff writer for the HIR. He studies Social Studies and South Asian studies at Harvard.