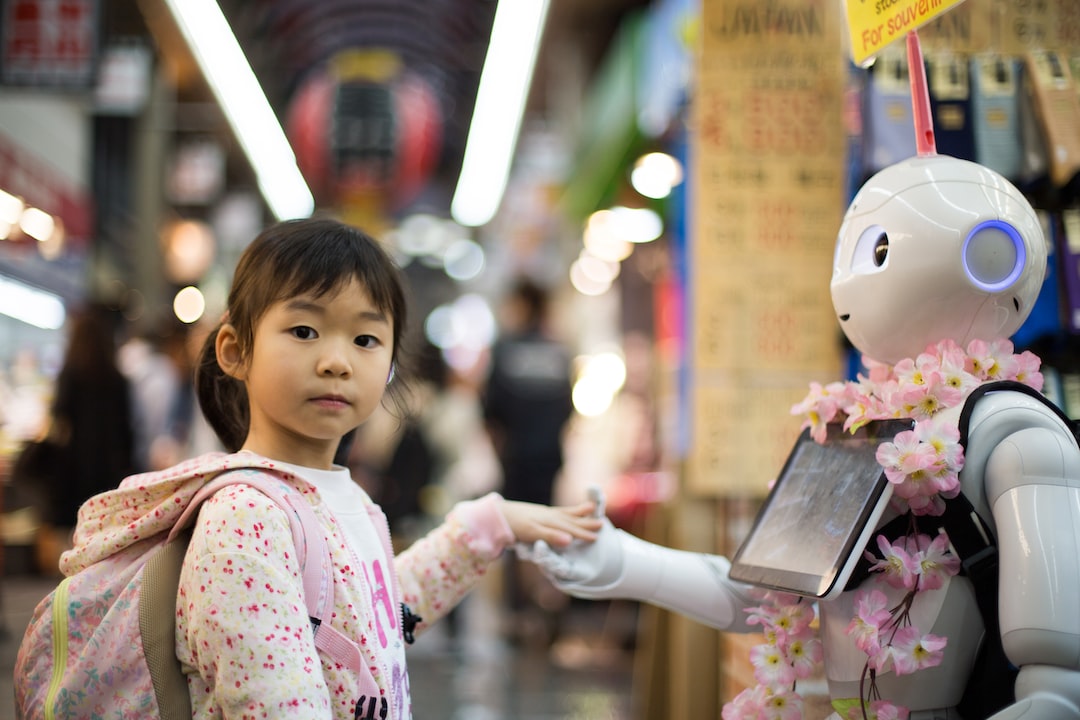 The Captain of My Soul: Why Humanity Should Not Fear AI

From the archives. Originally published in the Winter 2018 Issue.

In 2013, Carl Frey and Michael Osborne released a startling projection: 47 percent of U.S. jobs were at high risk of automation. Subsequent predictions put the number even higher for the developing world. According to a recent report from Citi and the Oxford Martin School, up to 85 percent of jobs in Ethiopia could be displaced. Pundits play up these fears; headlines like “How Much Automation Is Too Much?” and “The Long-Term Jobs Killer Is Not China. It’s Automation” regularly run in major publications. Are the pessimists right? Will automation strip humans of their livelihoods?

People have made the same predictions and asked the same questions for centuries. But there is little evidence to suggest that this time is different, that jobs as we know them will soon fall to the robots. While certain tasks may be automated in the near future, new jobs have always offset past losses. Moreover, tools like workforce retraining can protect the most vulnerable workers from automation. And although there is a non-zero chance that AI will irreversibly change society this century—a point researchers call the singularity—right now, falling productivity presents a greater threat.

Apocalypse Now (and Then)

Doomsday theorists have a long history of being wrong. In 1589, Queen Elizabeth I rejected William Lee’s request for a stocking frame patent, fearing that his invention “would assuredly bring to [her subjects] ruin by depriving them of employment.” Just over two centuries later, Ned Ludd and his supporters smashed weaving machines that they worried would make their skills useless. And in the 1970s, Wells Fargo executives warned that the rise of ATMs would lead to fewer branches and even fewer employees. All of their concerns seemed justified at the time, just as pessimists’ concerns might seem justified today. Fortunately, few of these predictions have come to pass. The introduction of weaving machines actually expanded cognitive opportunities in new fields, while ATMs have allowed banks to operate more branches and employ more tellers today than ever before.

Skeptics say this new wave of automation will be different, that no skill is safe. Thankfully, economic indicators in the developed world tell a different story. Unemployment and underemployment continue to fall. Labor force participation rates have remained in line with historical averages. Over 30 percent of European and American workers change jobs every year, reflecting a robust labor force. That said, something is rotten in the state of Denmark, and the rest of the EU as well: demographic change. The union will go from four people of working age in 2010 to just two in 2060. The US and Japan are on similar trajectories. In this case, automation would actually jump-start anemic productivity growth and support an aging workforce.

Of course, displacement is still a concern. Researchers David Autor, Frank Levy, and Richard Murnane use a two-by-two square to classify jobs: routine and non-routine on one axis, cognitive and manual on the other. Earlier stages of automation hit “routine-manual” tasks, including assembly and construction work. Now, “routine-cognitive” tasks, like telemarketing and data crunching, are on the chopping block. But these relatively minor losses get offset by new opportunities in non-routine manual or cognitive sectors. In the last decade, Amazon has displaced 140,000 jobs in retail, a trend that has worried analysts. However, it also added 400,000 e-commerce and warehousing jobs in that time.

Likewise, although AI skeptics often worry about automation in trucking, the American Trucking Associations is actually one of the largest groups lobbying for driverless technology. Currently, truckers can drive for 11 hours a day with a 30 minute break somewhere in the middle. Their trackers (called electronic logging devices, or ELDs for short) continue to run in traffic, and make no exceptions if a driver hits his or her cap near a destination. With driverless technology, on the other hand, truckers could work more convenient hours, organize inventory, communicate with clients, and spend more time with family, easing the regulatory burden and making a career in trucking more appealing. This shift comes at exactly the right time—recent estimates have found that the trucking industry will have to find nearly 900,000 drivers over the next decade to keep up with surging demand. With suffocating regulation and a severe driver shortage on the horizon, automation is a solution to the trucking industry’s problems.

However, other industries may not be so lucky. During the Industrial Revolution, it took 60 years for workers to see wage growth. We may be in the middle of a similar process today. Amazon’s success, while encouraging for those of us thinking about the future of work, did not dull the pain of the 140,000 who lost their jobs. Fortunately, good governance can help. A 2017 McKinsey report offers some suggestions for supporting displaced workers, including “Maintaining robust economic growth to support job creation,” “Scaling and reimagining job retraining and workforce skills development,” “Improving business and labor-market dynamism, including mobility,” and “Providing income and transition support to workers.” Others have suggested moving closer to maximum employment, improving work-sharing programs, creating portable job benefits, and expanding the earned-income tax credit. Though we can always do more, these policies would be a good start.

David Autor, one of the researchers behind the quadrant of job classification, remains optimistic that we will rise to the occasion. In his famous TED Talk, “Will Automation Take All of Our Jobs?”, he identifies two principles that set him at ease. Autor’s “O-ring principle” (new technology amplifies humans’ creative skills) and his “never get enough principle” (humans always want more things when new technology becomes available) both support the idea that while AI may present a challenge to human labor, we have always combined our creativity with automation effectively, and we have always found new things to want. Modern automation should not change that.

Autor could have identified another important principle: the Jevons paradox. As the theory goes, technological innovation makes production of a resource more efficient, driving consumption of that resource and leading to greater demand for complementary resources. Scholars usually reserve the Jevons paradox for environmental economics, but it applies to the labor market, too: any field with lower costs will spur demand in related sectors. For example, making driving less expensive will lead to more spending on inventory, fleet coordination, and manufacturing.

Mass displacement may eventually occur. But nothing we have today even comes close to general AI, a hypothetical intelligence that could outstrip humans across all sectors. The researcher Nick Bostrom, a slightly pessimistic voice on the subject, defines superintelligence as “any intellect that greatly exceeds the cognitive performance of humans in virtually all domains of interest.” Watson may be able to win a game of “Jeopardy!”, but few would call IBM’s creation conscious. There is something inherently different about our cognitive structure that makes comprehension possible. Until we ascertain that difference, AI cannot truly compete with humans.

And even when we have that knowledge, it would probably be a long time before widespread adoption of general AI. It took farmers decades to implement gas-powered harvesting, which would have increased agricultural capacity tenfold. Why? To take advantage of the new technology, people had to develop cotton bolls that ripened simultaneously, new pesticides, planting styles to account for new machines, and factories to dry and process the cotton. Likewise, manufacturers adopted electricity somewhat begrudgingly, as they had to redesign factory floors and throw out existing equipment. The same is true today. Andrew Moore, dean of computer science at Carnegie-Mellon, has said that AI’s applications have not been explored: “We have pretty much stopped trying to mirror human thinking out of the box. We are focusing on engineering [what] has already been invented.” As it is constrained by human ingenuity, AI seems unlikely to take humanity by surprise.

Still, for the sake of argument, we might assume that this time really is different, that the singularity is imminent, that general AI will see rapid implementation. While Isaac Asimov and science fiction writers have long imagined dystopian societies run by murderous robots, what would an AI-led future really look like? The most immediate outcomes would likely be positive. As the philosopher David Chalmers notes, “An intelligence explosion has enormous potential benefits: a cure for all known diseases, an end to poverty, extraordinary scientific advances, and much more.”

But in the same breath, Chalmers identifies the potential dangers: “an end to the human race, an arms race of warring machines, the power to destroy the planet.” He raises valid points—the stakes are high. However, the last half-century has been a story of international collaboration. Global nuclear stockpiles have dropped to a sixth of what they were in 1986, in part due to the START treaties. Between 1958 and 2010, 19 nations ended their nuclear programs. Sensible governments have found common ground on other deadly technologies. Why should artificial intelligence be any different?

Anxiety surrounding automation is not entirely misplaced; it is valuable to think about our technology and its consequences. But we must keep this debate in perspective. Over one million people die in car crashes every year. Aging workforces in Japan, the U.S., and Europe strain government coffers. Dismal productivity growth leads to economic hardship. These are all urgent concerns that will be mitigated by AI, and it seems irresponsible to sacrifice so much to address such a distant problem. Automation is not the biggest issue facing our society. Nor will it be for many years.