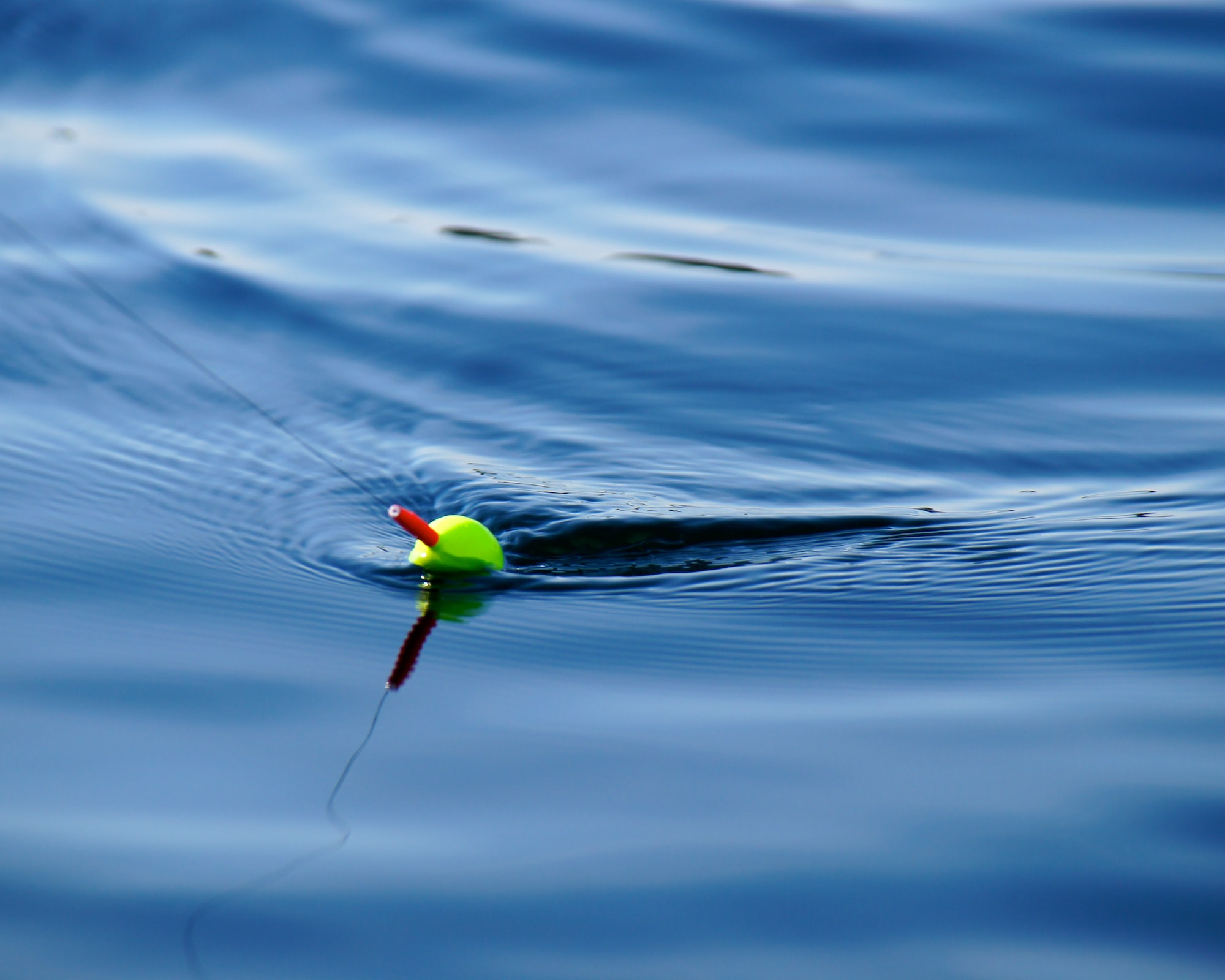 Inadequate food and water, 18-hour shifts, physical abuse, and countless days at sea—this is the reality of the migrant workers driving Thailand’s vast fishing industry, many of whom were thrust unwillingly aboard their fishing boats. While indentured servitude is common in the developing world, it is particularly deleterious at sea. Beyond the reach of government regulators, workers endure abuse reminiscent of modern slavery. Even the most minor transgressions provoke beatings, to the extent that it is commonplace for officers to kill workers.

A report published by the Thomson Reuters Foundation in mid-2017 found that three-quarters of the 116,000 migrant workers on Thai fishing ships are trapped in debt bondage, forced to labor in abysmal conditions for little to no pay to cover the cost of their border crossing. A number of economic, environmental, and legal factors contribute to the prevalence of forced labor in the Thai fishing industry, which the International Labor Organization (ILO) defines as “all work or service which is exacted from any person under the menace of any penalty and for which the said person has not offered himself voluntarily.” The result is a population of highly vulnerable workers trapped on fishing vessels, trying to pay off elusive debts.

Thailand boasts the world’s fourth largest seafood export industry, totaling 6.5 billion dollars in 2016, according to a report by the UN Food and Agriculture Organization. Much of its exports end up in the United States, consumed either as pet food or as feed for farm animals. Ironically, Thailand faces a shortage of local mariners as a result of its burgeoning economy. Thailand has an unemployment rate of less than 1 percent, one of the lowest in the world. This makes it easy for native workers to find higher-wage jobs on land that do not require physically demanding work for extended periods of time. The demand for fish and cheap labor, coupled with the abysmal working conditions mariners face, has bred a large labor trafficking market. The Thai fishing fleet working in the South China Sea is filled with migrants from neighboring countries.

Migrant workers flock to Thailand’s relative economic prosperity. Some are fleeing poverty, others political persecution. Many of the workers are not only undocumented, but also unfamiliar with the labor landscape in foreign countries. The system to recruit migrants for low wage jobs is well established: while it is not formally considered trafficking or forced labor, it is difficult to differentiate between voluntary and involuntary labor practices. This combination of insufficient protection and lack of information makes migrants vulnerable to trafficking.

Rohingya men fleeing Myanmar to Thailand are most susceptible to trafficking. According to Human Rights Watch, approximately 250,000 migrants from Myanmar alone are currently working in the Thai fishing industry. Traffickers also target migrants from Laos and Cambodia, luring many with promises of a stable job, only to force them into slave-like labor until they pay back smuggling costs. Once on a boat, the workers, many of whom cannot swim, work under constant fear of physical abuse. Escaped trafficking victims have recounted tales of being kept in chains, sold from ship to ship, denied food, and beaten regularly.

Effects of Environmental Changes on the Fishing Industry

Labor trafficking cannot be divorced from the environmental effects of over-fishing. Technological advances in fishing equipment, unsustainable fishing practices, and rampant breaches of environmental regulations have led to severe overfishing along Thailand’s gulf coasts. In particular, Thailand’s success in the tiger shrimp market has increased the use of trawlers—weighted nets that are pulled along the sea floor. In addition to catching shrimp, trawlers accumulate many other species that inhabit the ocean floor, leading to rapid depletion of marine life populations.

As fishing stocks closer to shores become depleted, more boats turn to long-haul fishing, in which vessels stay at sea for months at a time. Motherships voyage thousands of miles to pick up catches and restock trawlers with fuel, food, nets, and replacement labor. Since the fishing vessels rarely return to shore, they remain out of the reach of authorities, who are restricted by a lack of both jurisdiction and resources. Left to their own devices, ship captains use physical abuse to maintain control over their workers. The workers, in turn, lack the knowledge and means by which to contact regulatory authorities and seek protection. Thus, the Thai fishing industry’s environmental consequences further perpetuate its labor trafficking.

Since Thailand has ratified the ILO’s Forced Labor Convention and other UN protocols preventing human trafficking, it is technically required to enforce anti-trafficking laws and take measures to protect trafficking victims. In reality, however, Thai law enforcement authorities rarely intervene when infractions occur at sea. Just this year, the ILO released a critical ruling urging the Thai government to terminate abuses aboard fishing vessels. The ruling underscores the lack of progress on these issues, even after international trade unions filed a complaint with the ILO in 2016 citing evidence of workers being subjected to 20-hour work days, physical abuse, and wage suppression.

The lack of intervention results from ineffective law enforcement practices and systematic corruption. Despite consensus from the US State Department that worksite inspections are not as effective as proactive labor inspections, Thai authorities have increased only the former in response to recommendations to approach vessels suspected of employing trafficked workers. Because the Thai fishing industry depends so much on exploited labor, the Thai government has little incentive to crack down on human rights violations. Government officials have even been accused of accepting bribes from traffickers. Labor trafficking victims report connections between the local police and the brokers orchestrating contracts between laborers and fishing employers. Corruption not only prevents government officials from protecting workers, but also makes victims more hesitant to communicate with authority figures and report incidents of abuse.

The entire legal framework itself is rather lenient, not just its enforcement. Lax fishing vessel registration procedures produce unregistered vessels known as ghost ships. According to ILO estimates, these ghost ships could number in the tens of thousands. Additionally, most fishing vessels do not have to comply with international standards requiring onboard tracking mechanisms. Without tracking mechanisms, government authorities have no means to reach ships far from shore, where abuse and forced labor are most likely to occur. To further exacerbate the problem, Thailand’s rules about how long boats can stay at sea are more relaxed than those of its neighbors. Thailand is notorious for its large population of human trafficking victims, and the US State Department consistently ranks it near the bottom on a list of nations that do not meet minimum standards for combatting human trafficking. And many of the anti-trafficking mechanisms in place to protect females against sex trafficking—including laws, data collection practices, and authorities trained to identify trafficking—have not been extended to male victims of labor trafficking.

Several measures have been proposed to counter human rights violations. Under pressure from Western nations, Thailand’s Department of Fisheries passed new measures mandating the use of electronic vessel monitoring systems on boats over 30 tons, and that vessels register all workers on board. But the lack of awareness among both workers and authorities impede to effective implementation of anti-trafficking practices. In the end, the profitability of the seafood industry keeps owners of fishing boats willing to bear the risks associated with exploiting workers.

Market forces lie at the root of the Thai fishing industry’s labor trafficking problem. As the demand for cheap seafood grows, fishing vessel owners continue to use any means necessary to supply the market. As Thailand’s economy grows, labor shortages in the fishing industry become increasingly pronounced. There have, however, been some promising developments on the retail side. For instance, Nestlé, which includes pet food brands Fancy Feast and Purina, has been working to ensure that their pet food does not use products of forced labor. CP Foods, an agro-industrial and food conglomerate based in Thailand, has been leveraging its influence in the Thai fishing industry to change labor practices. Other companies, like Mars Inc., have been moving toward replacing fish in their pet food products.

Despite the power of consumers and retailers to demand change, one major obstacle to maintaining labor accountability in consumer goods is the mix-up of sources in the supply chain. Once motherships bring fish to onshore processing centers, where the catch is ground into fishmeal, it becomes impossible to differentiate between fish caught legally by paid fishermen and fish that were hauled illegally by enslaved migrants. Consumers and retailers further down the supply chain who want to source their fish responsibly cannot effectively do so. And even among conscientious consumers, the use of forced labor tends to receive less attention than food safety and sustainability.

Any effective long-term solution will need to account for the problem’s many aspects: the environmental degradation, systematic corruption, traceability issues, and market dynamics in the fishing industry that incentivize labor trafficking. In the end, well-researched and comprehensive agendas can only go so far – the Thai government’s proactivity in implementing any legislative proposals will be the most important determinant in ending the illegal labor the Thai fishing industry has depended on and profited from for decades.