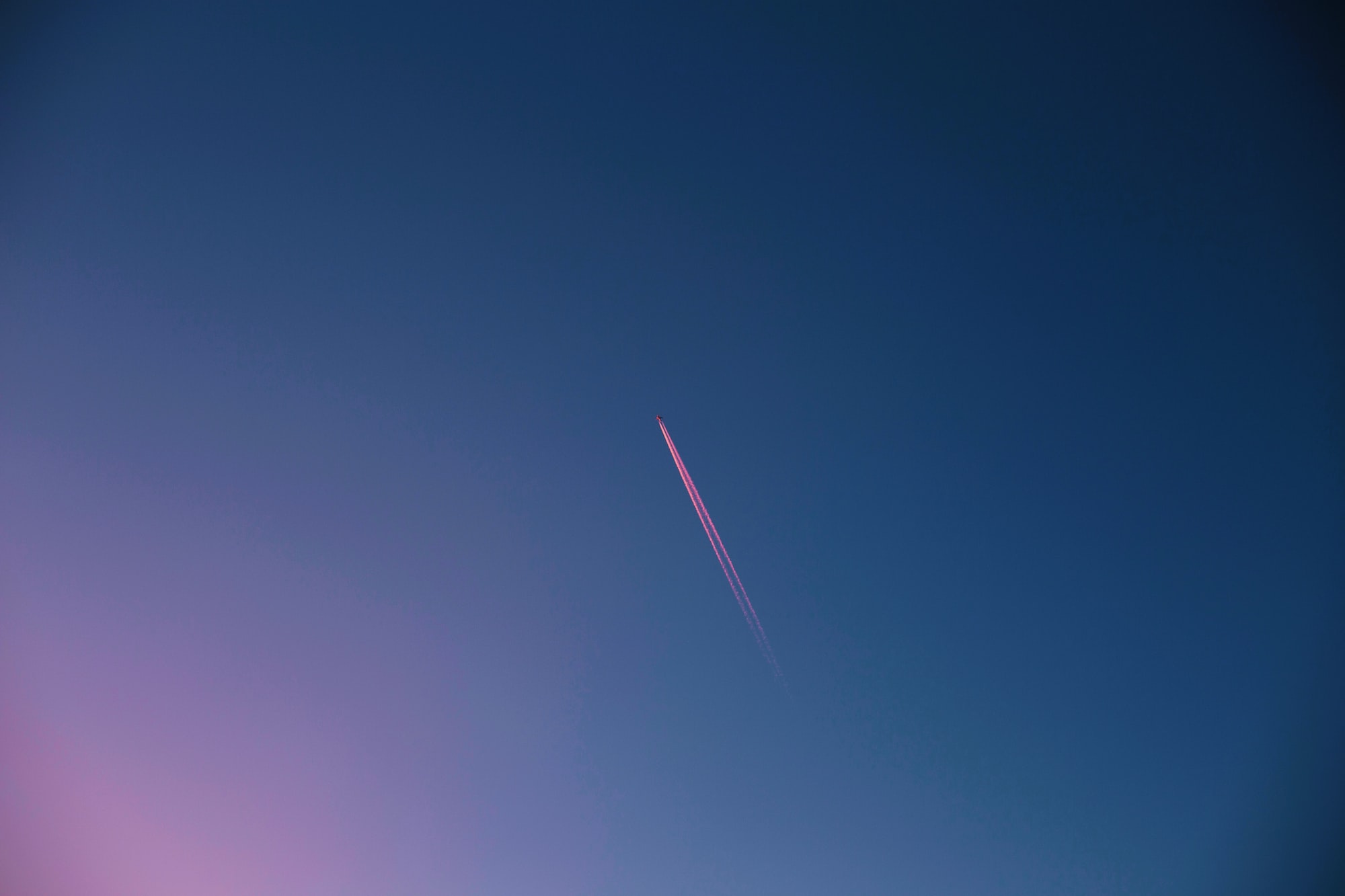 North Korea’s military aggression has intensified over the past months, exemplified by the country’s fourth nuclear test in January 2016, a dysfunctional satellite launch in February, and three ballistic missile firings in September. It is speculated that North Korea’s repeated firing of dysfunctional satellites aimed to test an intercontinental ballistic missile (ICBM), which is technologically similar to satellite launch vehicles. North Korea spends about US$ 4 billion a year, which accounts for approximately 24 percent of the country’s GDP. North Korea’s relatively large spending on ICBM technology and nuclear development could be attributed to its desire to show the United States that it has the power to shoot a nuclear missile to Washington, DC. An ICBM would be a significant improvement from the Taepodong-2, a ballistic missile with a maximum range of 4,500 kilometers that North Korea currently possesses. As it is clear that North Korea is in the process of developing an ICBM with a minimum range of 5,500 kilometers, the US government urged the installment of Terminal High Altitude Area Defense (THAAD) in South Korea, and the South Korean government approved the deployment of THAAD in the country’s south. The international community must acknowledge that military pressure, containment, and  simply waiting for the regime in Pyongyang to collapse have failed to stop North Korea’s military aggression. THAAD deployment in South Korea is not only a potential obstacle for achieving the denuclearization of North Korea, but is also a repetition of past mistakes, encouraging further isolation of North Korea, an arms race in East Asia, and a revival of Cold War tensions.

The militarization of South Korea is not a new phenomenon; after the Korean War, South Korea inevitably became one of the most militarized nations in the world, especially given that it is one of few countries in the middle of an extended ceasefire and one of the only divided nations in the world. While the South Korean government had shown reservations about deploying US weapons and further militarizing the peninsula, mainly because of its concerns about spoiling Sino-Korean relations, North Korea’s ever-increasing military aggression caused South Korean President Park Geun-hye to announce the deployment of THAAD. The decision sparked a new controversy between South Korean liberals, who are against any further militarization of the peninsula, and conservatives, who see THAAD as a first step towards further militarization.

THAAD deployment may be the beginning of further militarization of the Korean peninsula, and could lead to broader instability in East Asia and a renewed confrontation between a US-South Korea alignment and a China-Russia-North Korea alignment, reminiscent of Cold War-era factions.  China’s strong reaction against THAAD deployment sparked stronger nationalistic demands for nuclear armament within the Saenuri Party, South Korea’s conservative ruling party, highlighting THAAD’s risk of regional tension and greater militarization. The Saenuri Party argues that in order for South Korea to be independent of foreign powers for its protection, it has to establish a well-organized nationwide missile defense (MD) system. However, it is impossible for South Korea to immediately deploy an extensive MD system throughout its territory because of a lack of technology and available weapons. South Korea would have to buy more weapons from the United States, resulting in increased dependence on the US for national defense. For China and Russia, which have openly expressed discomfort with the presence of the US military in nearby countries, an increased US military presence in South Korea could be the perfect reason to unite against the United States and South Korea. This not only would create acute tension between two separate alignments, but would also prevent South Korea from achieving peaceful reunification of two Koreas under democratic rule.

China’s fierce condemnation of THAAD deployment is the expression of its discomfort with the nearby presence of the US military. While the United States argues that the deployment of THAAD has a purely defensive purpose, China assumes that THAAD deployment creates a potential threat of US intervention against Chinese military action. China also accuses the South Korean government of supporting US military interests and willingly taking the role of the United States’ “puppet state.” China has two main arguments against THAAD deployment. First, China argues that THAAD is unnecessary for protecting South Korea. THAAD is designed to detect and shoot down ballistic missiles in their reentry phase, thereby preventing longer-distance missiles from exploding on land. Because the distance between Pyongyang and Seoul is merely 194 kilometers, China has claimed that THAAD is not suited for protecting South Korea. Second, THAAD’s radar can detect China’s military actions and interfere with Chinese interests. Because THAAD has to detect missile action as soon as possible, it must constantly collect data from areas within a 1,000 km range, which includes Chinese and Russian territory. THAAD deployment in South Korea seems unlikely to improve relations with North Korea since compromised relations with China, one of few countries with significant influence over North Korea, will likely further damage relations on the peninsula.

Another option that the Saenuri Party suggests is to pass a nuclear development resolution. This is highly unrealistic in the current state of international politics, as the UN and international community are determined to discourage countries from developing nuclear weapons. If South Korea develops a nuclear weapon, it would jeopardize its standing in the international community and could ruin its relationships with most of its allies, including the United States. However, many conservatives predict that South Korea’s nuclear development would lead to Japan’s nuclear development. The prime minister of Japan, Shinzo Abe, has been trying hard to revise Article 9 of the Japanese constitution in order to strengthen Japan’s military, the Self-Defense Forces, which is officially an extension of the police. Conservatives in South Korea argue that Japan’s nuclear development would be alarming to China, as Japan’s successful nuclear development would prevent China from gaining supremacy over East Asia, and could pressure China to stop North Korea from launching a ballistic missile or conducting nuclear tests. While this plan might be able to keep North Korean aggression temporarily in check, it would not be a long-term solution because China would simply reduce its pressure on North Korea if Japan ever backed down from nuclear development. Furthermore, it would lead to heightened military tensions between East Asian countries.

While the South Korean government abruptly announced the deployment of THAAD last July to protect its territory from potential attack, almost half of South Korean citizens have opposed the deployment for various reasons. THAAD missiles have no explosive warhead and rely on kinetic energy to destroy the incoming missile. This makes THAAD safer for shooting down nuclear-tipped ballistic missiles, because ballistic missiles will not explode upon a kinetic energy hit. However, residents in Seongju County, where THAAD will be deployed, are strongly against THAAD because of the possible disintegration of chemical warheads and batteries that may emit radiation and contaminate the environment.

Following the international current of détente, Kim Dae-jung, the third president of the sixth republic of South Korea, formulated and implemented the Sunshine Policy. The Sunshine Policy  promoted conversations with the North Korean government with the least degree of military, economic, and diplomatic pressure. With his efforts to improve the relations between the two Koreas and achieve peaceful reunification, President Kim was able to meet with North Korean leader Kim Jong-il in Pyongyang in 2000 after 55 years of disconnection. The Sunshine Policy resulted in successful meetings of separated families in North and South Korea, and discussions on economic cooperation and the process of autonomous reunification. At the same time, the Clinton administration in the United States sought to check further development of North Korea’s nascent nuclear program via the Agreed Framework, by providing two light-water reactors (LWRs), which are difficult to use for producing nuclear weapons, and putting North Korea under the close watch of the International Atomic Energy Agency (IAEA).

President Kim’s successor Roh Moo-hyun continued the Sunshine Policy, expanding economic and humanitarian aid to North Korea. However, President Roh was harshly criticized by conservatives who claimed that his aid, rather than helping North Korean civilians, actually helped North Korea to solidify its dictatorial government and develop nuclear weapons. Additionally, US President George W. Bush, who was highly skeptical of Clinton’s policy towards North Korea, terminated the Agreed Framework and discontinued the ties Clinton had fostered, without working to create a new policy. This left North Korea under no supervision. US intelligence agencies later found out that North Korea was trying to develop nuclear weapons using a different method, and the Bush administration immediately withdrew the supply of oil to North Korea, which was critical to the maintenance of the earlier agreement. Such abrupt, hardline action by the Bush administration disrupted South Korean attempts to cautiously and gradually build trust with North Korea.

Experiencing the failures of hardline policies during Lee’s presidency, South Korea’s liberal parties have argued for the revival of the Sunshine Policy. However, President Park continues uncompromising, strict policies toward North Korea. Last February, Park decided to completely shut down a joint North-South Korean industrial complex, known as the Kaesong industrial complex. Kaesong was seen as the last hope of improving relations between South and North Korea because it proved that cooperation, however feeble, could exist between the two Koreas. Park argued that shutting down the Kaesong industrial complex was a strategic act to economically pressure North Korea in response to its belligerent satellite launch. However, liberals and even some hardliners question the effectiveness of this policy, as Kaesong is not a main source of North Korean revenue. Park’s decision to deploy THAAD in South Korea shows her determination to approach North and South Korean relations militarily, which will only lead to a destructive arms race.

During his visit to Beijing last August, US Secretary of State John Kerry said, “if we can get to denuclearization, there’s no need to deploy THAAD.” The international community should work toward achieving denuclearization of North Korea by acknowledging that effective and long-lasting solutions require strategic patience. The United States and South Korea should work towards encouraging reciprocity from North Korea, rather than unconditionally pressuring and isolating North Korea. Most importantly, the South Korean government should understand that current hardline policies towards North Korea will not work favorably for peaceful reunification of the two Koreas. While the United States was able to bankrupt the Soviet Union via economic and strategic pressure, South Korea is neither economically nor politically capable of destroying the North Korean regime, nor can it overpower North Korea’s military. It is the time for close cooperation within the international community to achieve a humanitarian common goal rather than to seek nationalistic self-interests.