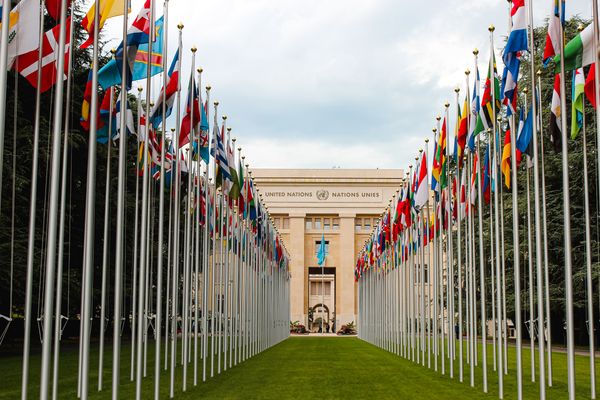 Taliban Sovereignty: The Future of Non-State Entities in the UN

Who does the United Nations welcome and why? This is a critical question on world leaders’ and diplomats’ minds in light of the Taliban’s recent endeavors to join the international body and submit an envoy as the de-facto leadership of Afghanistan, following their initial takeover of the country in August 2021. For many, the answer would appear simple—states that adhere to the international order’s guiding liberal principles formalized under its Charter, from human rights protections to the proliferation of freedom and justice, would seem to make the cut. However, these institutional tenets are not hard and fast. Great power politics, special interests, and conditionalized alliances shape and muddle the UN decision-making process on state membership. The Taliban, a terror group in the lay eyes of most of the world, would appear to violate nearly all of the liberal values the UN espouses. Nevertheless, their potential for membership is not unimaginable. Could we conceive of a world with internationally recognized Taliban sovereignty? To place and parse the case of the Taliban, we must first turn to the UN’s history of unorthodox state classifications.

The Case of Palestine in the UN

Perhaps no more cogent an example can be found than that of Palestine, which has held “non-member observer state” status in the UN since 2012, having previously received the distinction of a “non-state observer entity” in 1974. These monikers equate to a lobbying presence in the UN, the ability to draft and submit motions, and, crucially, the opportunity to receive financial and developmental assistance from the body’s active members.

Since the State of Palestine declared its independence in 1988, bifurcating official recognition of the territory and its governance—the Palestine Liberation Organization (PLO)—it has established diplomatic relations with 139 countries, or roughly 72 percent of the total sovereign nations belonging to the UN. Of these political partners, Palestine counts UN Security Council (UNSC) members China and Russia, while the Council’s western bloc helmed by the United States, France, and the United Kingdom have withheld their attestation of Palestinian sovereignty. Thus, as it stands, full-fledged “state membership” at the UN for Palestine hangs in limbo, with its prospects for success remaining bleak.

The UNSC must endow by recommendation all countries who propose themselves for UN membership before facing the General Assembly’s decision on their candidacy. Palestine’s precarity in this regard elucidates the continued role that great power interests and alliances play in the decision-making processes of international institutions. In the case of Palestine, the United States and its security partners refuse to legitimize the territory through the mechanism of state membership. One can certainly attribute this sustained, delegitimizing impulse to the United States’ exorbitant military commitments to the Israeli state, its closest diplomatic and security partner in the Middle East. US acknowledgment of Palestine in the UN would prove a significant and unlikely deviation from the country’s long standing relationship and policies towards Israel, which has benefitted domestically for decades from a US-backed military state apparatus. The US government also recently doubled down on this relationship in September 2021 with the House of Representatives approving an additional US$1 billion in funding for Israel’s Iron Dome short-range missile defense system, which aims to preemptively stop aerial threats from the Gaza Strip.

Where else has great power influence shaped the contours of the debate underpinning UN state membership? How have less influential states or those with controversial or contested leadership, such as Afghanistan under the Taliban, been overshadowed by the whims of UN stalwart members, particularly states on the UNSC? Looking past Palestine, we need not glance further than Taiwan—officially, the Republic of China (ROC)—for a seminal example of these potent, repressive forces in motion. The history of Taiwan in the UN is long and fraught, yet foundational to an understanding of the polemics surrounding membership in the organization. In 1945, Taiwan became the first nation to sign the UN Charter, in recognition of the ROC government’s removal of imperial Japan from its territory, under whose control the island had been subject since the Treaty of Shimonoseki in 1895 at the conclusion of the First Sino-Japanese War. Simultaneously, Taiwan was also granted a permanent seat on the UNSC, alongside the United States, the Soviet Union, the United Kingdom, and France.

However, by 1971, popular opinion on the “true” representative leadership of China had shifted, culminating in the ratification of UN General Assembly resolution 2758, which recognized the People’s Republic of China (PRC) under Mao’s communist regime as the only “legitimate” international and institutional representative of China. This decisive act served to undermine Article 3 of the UN Charter, which had instilled permanent state membership to nations that had participated in the original 1945 UN Conference, such as Taiwan. Thereafter, Taiwan has subsisted under Beijing’s “One China Policy,” with the PRC contending that Taiwan remains a non-sovereign subset of its mainland territory, an assertion Taiwan’s government has consistently resisted in recent years. Furthermore, the PRC’s privileged veto position on the UNSC, where Taiwan once resided, deters the few countries who share diplomatic relations with Taiwan from advocating for its sovereignty, forcing many to take sides on Beijing vs. Taiwan.

Nevertheless, for all intents and purposes, Taiwan successfully fits the mold of a “good actor” for international institutions like the UN—as defined by its underlying western liberal values—in the state’s developmental, ideological, and humanitarian imperatives. Yet, there exists no foreseeable possibility of the ROC rejoining the UN for which it once served as a foundational participant, although the island nation does possess membership in other preeminent international organizations such as the World Trade Organization (WTO), under the title “Chinese Taipei,” and potentially the World Health Organization (WHO) if the country’s recent application efforts prove successful. China’s international clout, largely driven by the economic interdependence and reliance it fosters across the world—particularly under Beijing’s aspirant Belt and Road Initiative (BRI)—has and will continue to stymie all Taiwanese attempts to regain international recognition or legitimacy. From the onset of the coronavirus pandemic, Xi’s government purposely positioned itself to provide emergency medical supplies and vaccines for its BRI debtors, enhancing Chinese political influence in highly indebted countries through debt write-offs. This debt-induced coercion is one of many critical economic mechanisms Beijing can levy against its “One China” detractors and the few vocal proponents for Taiwanese sovereignty.

Sovereignty for the Taliban?

If Taiwan and, to a lesser extent, Palestine remain ostracized from true state membership in the UN, what could a realistic observer possibly expect from the Taliban’s case for such legitimacy? The process of attaining membership was put in motion in September 2021, when Taliban Foreign Minister Amir Khan Muttaqi nominated the group’s Doha-based spokesman Suhail Shaheen as Afghanistan’s UN ambassador in an effort to oust former President Ashraf Ghani’s UN representative, Ghulam Isaczai.

To examine how the UN might approach the Taliban conundrum, some might hastily turn to the delegitimizing precedent set forth by the organization during the Taliban’s first authoritative stint from 1996 to 2001 as the only logical explanation. During this period the body elected to allow President Burhanuddin Rabbani’s previous government to retain Afghanistan’s UN seat, while the administration had little material control over the country. But we should not blindly assume the same will come to pass in 2021. The Taliban of today is in dire need of international financial and developmental support as they face increasing challenges of stable governance and human security. Recently, the United States froze US$9.5 billion in Afghan central bank assets, while international lenders have stayed clear of the state since the Taliban’s takeover. The group’s realization of state-building objectives and attainment of basic goods are likely only accessible through widespread institutional recognition under the UN. However, the Taliban can only hope to receive the desired payouts through domestic rights concessions of their own. In addition, international regime legitimization would also grant diplomatic immunities for the Taliban’s cabinet members currently sanctioned as terrorists. However, North Korea and Iran stand out as notable examples of UN member states heavily sanctioned by the organization for their perceived hostilities and abuses.

A solution to the Taliban’s present liminality, though, is unlikely to arrive anytime soon, with the 76th session of the UN General Assembly having closed at the end of September. Thus, the Taliban’s membership dispute remains unresolved as the UNGA’s nine-member credentials committee—which includes the United States, Russia, and China, among others—failed to issue an official decision before the session’s annual lapse.

What is the future of the “non-state observer entity” and “non-member observer state” statuses in the UN? If the Taliban does indeed successfully lay claim to Afghanistan’s seat, what could this mean for the precarity of Taiwan or Palestine? It is implausible that the Taliban will immediately be granted full-fledged member state status as the Afghan representative. Yet, crucially, the Taliban does not seem to have incurred the historical ire or resistance of a UNSC member, as felt by Palestine and Taiwan. Perhaps this present condition leaves the door open for future institutional recognition.

The selection of cases delineated here offers a glimpse into important ongoing state efforts to join and gain legitimacy under the UN’s guise. From manifold perspectives, these notable examples display the role and consequences of great power exertion in the UN and similarly composed international organizations. Nonetheless, the Taliban at present typifies a departure from this power politics mold as their domestic divisions and uncertain future may set a new precedent in understanding the group’s ambitions for full UN membership. 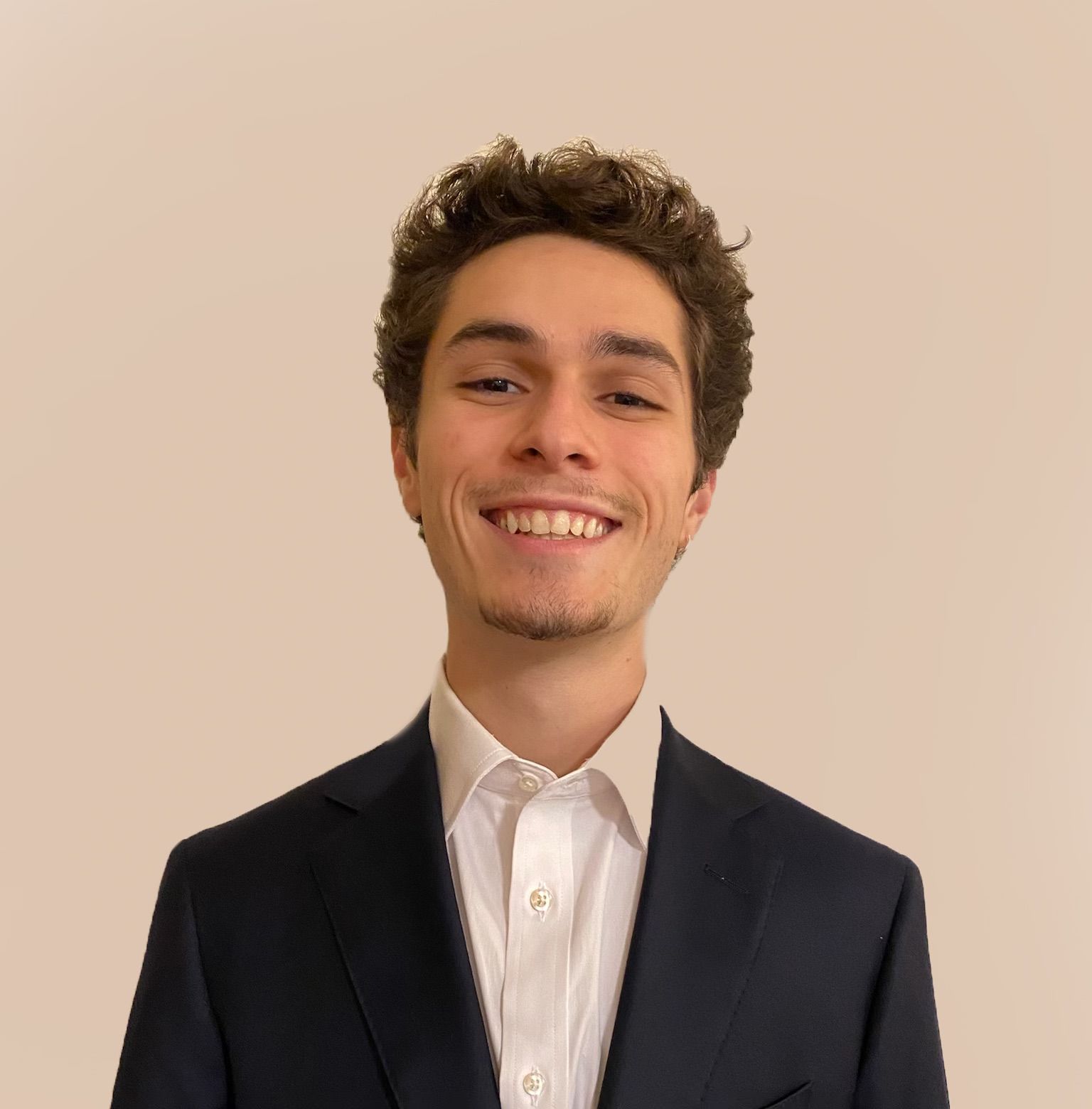 Nicolas Pantelick is a Senior Editor for the HIR, studying Middle East politics and Government at Harvard. He is interested in international organizations, diplomacy, and sustainable development.