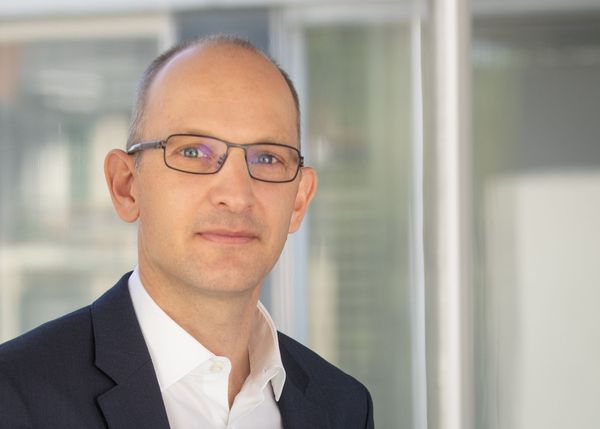 Dr. Renato Krpoun is the Head of the Swiss Space Office (SSO) which is a part of the State Secretariat for Education, Research, and Innovation in Switzerland’s Federal Department of Home Affairs. He is also the head of the Swiss Delegation to the European Space Agency.

A Swiss space program has existed in various forms for more than half a century. Again and again, Switzerland has empowered innovations in critical areas in space technologies, beginning most notably with Swiss scientists’ contributions in characterizing the solar wind. Where do you see the Swiss Space Office 50 years from now? What role does your office have in spurring further innovations?

The Swiss Space Office (SSO) is part of the Swiss State Secretariat for Education, Research and Innovation (SERI). Thanks to the continued political commitment of Switzerland at the highest level, Swiss space is anchored on [a] solid heritage, contributing with the only non-US experiment (Solar Wind Composition Experiment) to the Apollo mission on the first Moon landing. Swiss industry has been part of the first European-wide satellite, Project ESRO-1.

As [a] founding member of both organizations, Switzerland has been able to build the capabilities needed to contribute to most space programs in Europe, which it does mainly through [the] ESA, since the SSO is not a space agency per se running its own programs. In effect, the SSO fulfills the role of enabler, strongly encouraging the autonomy and responsibility of industrial and academic actors. This is also a trait favored across many sectors nationally. Switzerland ranks amongst the most innovative countries worldwide, a situation that is directly linked to its excellent education, research, and innovation system. In the space sector as well, the objective of the SERI/SSO is to provide optimum boundary conditions for industry and academia on the national and international level in the numerous collaboration projects.

In many of these projects, the increase in the technology density of the space sector, miniaturization, and digitalization have provided our industry and academia with the opportunity to move higher up in the supply chains and take on more system-level responsibilities. Building on our heritage, our focus remains on quality and precision while fully leveraging our innovation capabilities from a scientific, commercial, but also strategic point of view. We can see the rise of start-up companies such as Astrocast, ClearSpace, or Swissto12, alongside industry incumbents such as Viasat or General Atomics that have established themselves by exploring the unique capabilities in Switzerland. This makes us confident that we are on the right track.

Our vision for the future of the SSO is to help our space sector to position themselves in unique fields of competences, by further strengthening the links between industry and universities, thus making deep science and deep technology more readily available for the space sector.

One of the core principles of Swiss space policy is the development and deployment of initiatives that improve the life of Swiss citizens. In what ways is the work of the Swiss Space Office, in conjunction with the European Space Agency, improving the lives of Swiss people and Europeans at large?

Improvement of the life of citizens as a benefit flowing from space technologies, applications, data, and services is indeed an important element of Swiss investment considerations in space. Beyond fostering the bottom-up development of our space-ecosystem, Swiss space policy has as one strategic priority to contribute to an autonomous European access to space as well as contributions to large space infrastructure programs. These contributions are achieved through [the] ESA, [which] is responsible for all major European Space R&D programs before they are transferred to the respective operating agencies, such as EUMETSAT or EUSPA.

The contributions to the development and to the operational programs by the SERI are made in view of a Swiss participation [in] the operational phases of these programs and of an active use of the resulting services by the Swiss public sector or by private service providers in Switzerland. One such example is the European Union’s navigation system Galileo, where Swiss industry provides the atomic clocks for the spacecraft and also develops microchips on the receiver end on the ground.

A further principle stresses the importance of making Switzerland a reliable and competitive partner in European space endeavors. Why is it in Switzerland’s interests for it to have such a prominent role in space missions?

Switzerland has been committed to its long-standing tradition of quality, reliability, and innovation, even before embarking on the space adventure. As a country at the heart of Europe and committed to international cooperation with its neighbors and beyond, it is natural that it sought to bring the skills and competences which are essential ingredients for the successful delivery of space programs to the missions. Combining this “pedigree” with the innovative power of science and industry, we can make our contribution to gaining new scientific knowledge, solving societal problems, or developing competitive products.

For a small country such as Switzerland, competitiveness and reliability are indispensable attributes to become recognized as an equal partner on an international scale. Additionally, it is an important factor to ensure high added-value jobs for our citizens while inspiring the next generation to pursue studies in MINT (Mathematics, Informatics, Natural Sciences, and Technology) subjects.

Switzerland has an advanced military, as well as compulsory military service for male citizens, notwithstanding its neutrality. Does Swiss space policy have any military or defense objectives?

To date, the Swiss Space Policy has focused primarily on civil applications and the efforts within the framework of education, research, and innovation. In parallel, the Swiss military has been building up and consolidating capabilities in different space domains, [and] amongst others, Space Situational Awareness.

The integration of space services in the armed forces will continue in the coming years, also in collaboration with other countries, but we are still far away from a space force as we have seen in the US or France. Having a militia army is of great value as available capabilities in academia and in the economic sector can be rapidly transposed to the defense domain.

As the largest space-faring nations continue, perhaps more so than before, to invest in military space technologies, vying to have the most dominant presence in space in a new space race of sorts, do you think that Switzerland, a longtime location for diplomatic negotiations, will have a special role in crafting future diplomatic ground rules for space?

Switzerland has a long tradition as a reliable partner, neutral facilitator, and mediator. The peaceful use of outer space, its long-term sustainability, as well as space and global health are topics where the Swiss delegation to the UN is engaged, ensuring that they are addressed at the multilateral level.

Our approach has been to facilitate the dialogue through active contribution in working groups and through the involvement of subject-matter experts in the different fora. Further, the Swiss delegation to the UN has also supported meaningful initiatives of other member states, such as the UK’s initiative on reducing space threats through norms, rules, and principles of responsible behaviors.

What basic rules or agreements governing space do you think would be necessary to establish that are currently absent from existing international space conventions?

The most urgent questions concern the long-term sustainability of outer space activities and the reduction of space threats to infrastructure. We must be realistic and acknowledge that it will likely take significant time to find a common ground with regards to these topics and the finer interpretation on a multilateral level.

When it comes to the long-term sustainability of outer space, we can work on providing new impulses to the negotiations by demonstrating novel technical solutions to address orbital debris or by raising the awareness of the private sector to take on stronger responsibility.

In this sense, Switzerland is very fortunate that ESA has selected a Swiss start-up (Clearspace) to provide an active debris removal service, and that the EPFL (Ecole Polytechnique Fédéral de Lausanne) has been selected by the WEF (World Economic Forum) to lead the Sustainable Space Rating initiative. Such initiatives show that the academic and industrial actors themselves can and must work towards driving innovative solutions. The role of the Swiss Space Office has been to support and facilitate these initiatives.

Science is a platform for dialogue and exchange, and we have seen that, even in times of serious geopolitical conflict, there are avenues sought by those committed to the pursuit of international scientific cooperation, also in the space sector. It is also by including diverse actors and competencies globally that we work towards achieving scientific excellence.

It is in particular thanks to the advancement in scientific knowledge that we can work on global challenges, such as climate change, which affect us all. Space-based infrastructure and space-derived data are our best assets to increase our knowledge and model scenarios. The SERI strongly supports international scientific collaboration and considers that excluding scientific communities is detrimental to us all.

With climate change posing ever-greater threats to our planet, will space be a source of discoveries that will help stabilize the climate crisis, or an exit location to which humans may escape if life on Earth becomes too difficult?

Space, with everything it has helped us to learn so far and everything we continue to discover, gives us a unique vantage point: it can certainly contribute to help us address the most pressing challenges humanity is facing.

For example, today, many of the essential climate variables can only be measured from space observations and data. One of the most important results of our efforts to explore our solar system over the last decades, and the growing knowledge we acquire on exoplanets, show how unique and fragile our planet is. The ongoing and future observations and data can help us decide which measures can have the most positive impact on the climate crisis amongst other things.

In the frame of thinking about escaping if life on Earth becomes too difficult, plans are sometimes brought up for instance, to colonize Mars. This may become reality at some point in the course of this century, but there is no nearby “exit location” capable [of sustaining] 8 billion humans. We should therefore take all necessary measures in our power to preserve our planet.

This interview was conducted over email and submitted to the Harvard International Review on April 4, 2022. It has been lightly edited for length and clarity. 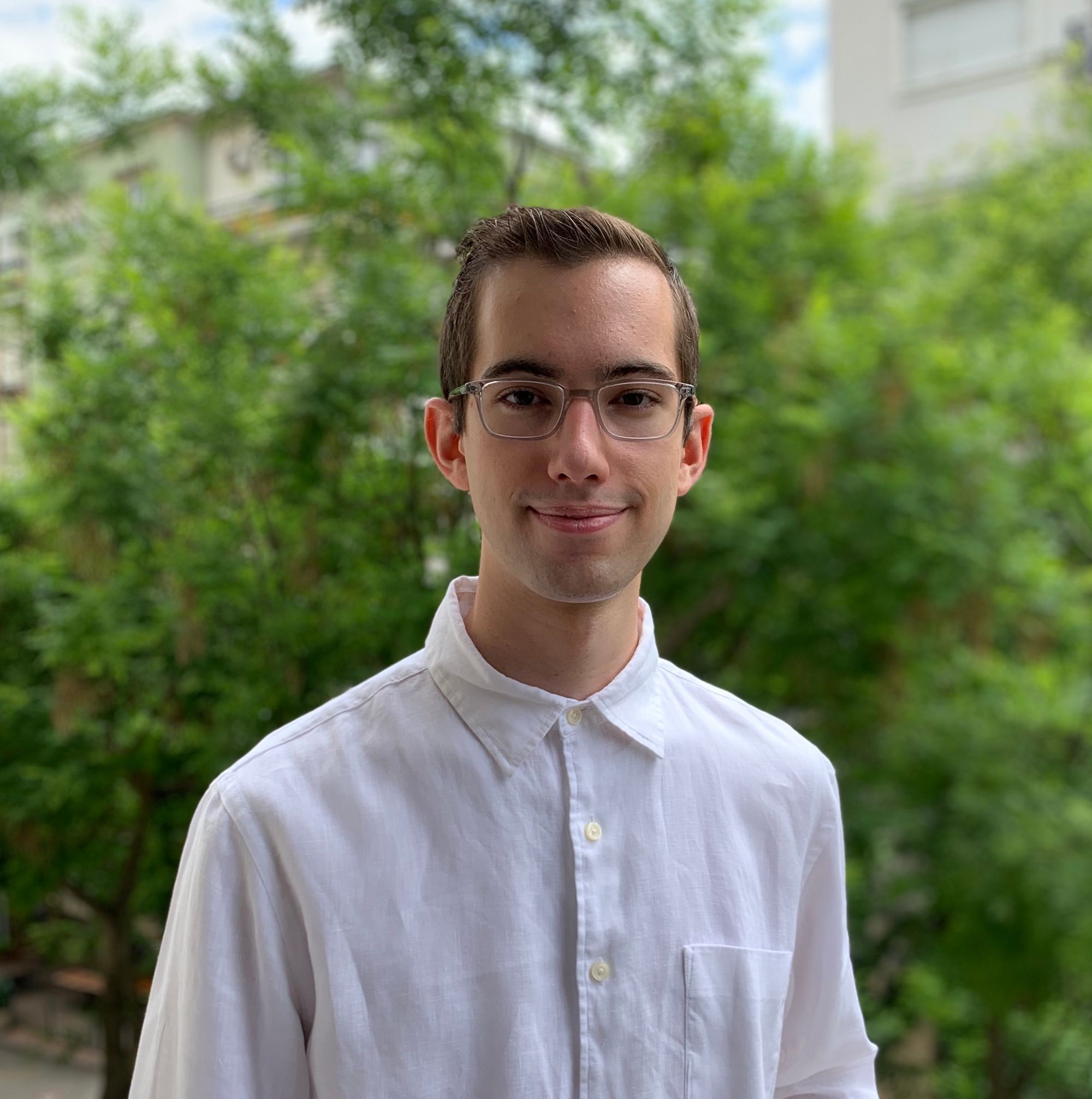 Zebulon Erdos is the Director of Interviews and Perspectives at the HIR. He is interested in European affairs, rule of law, and political philosophy.