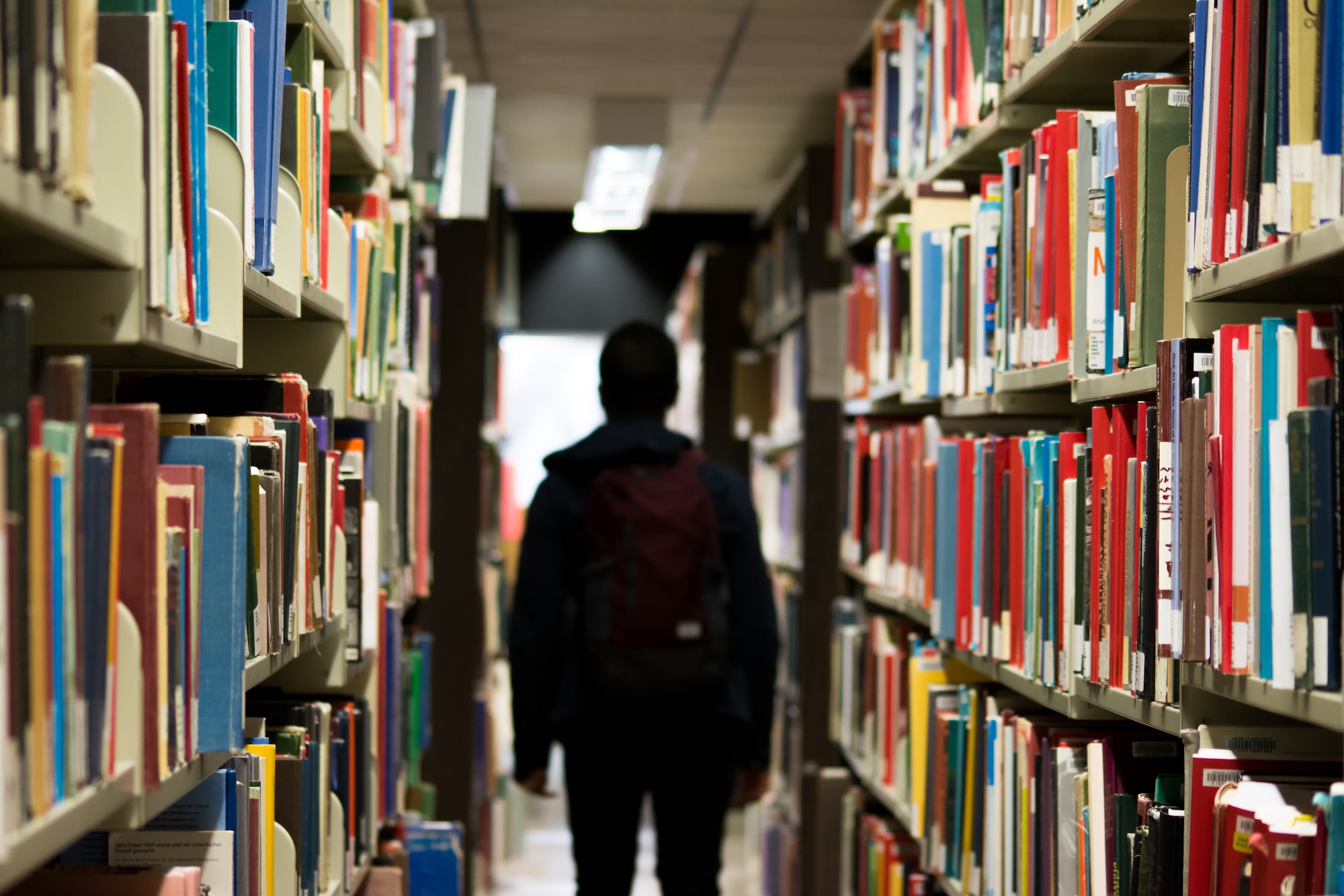 During the 2020 presidential campaign, then-candidate Joe Biden promised to forgive US$10,000 in student loans per borrower. This was promised against the backdrop of an upsurge in media coverage on the burden of loan forgiveness and drawbacks to cutting investments in higher education in the United States. Yet, hardly anyone analyzes both the tangible and intangible benefits that investing in the next generation can have upon strengthening American national security and foreign policy interests. At a recent United States Institute of Peace dialogue between current and former national security advisers, President Biden’s National Security Advisor Jake Sullivan lamented that “the most profound [and] pressing national security challenge for the United States is getting our own house in order” because “we have to put ourselves in a position of strength to be able to deal with the challenges we face around the world.”

For decades, the United States has depended on its armor of “soft power” as the means for “success in world politics.” Unfortunately, over the last four years of Donald Trump’s presidency, cultural diplomacy has fallen out of fashion, and American soft power capabilities have been severely damaged. Many argue that it is crucial now to restore soft power as it will allow the United States to solve disputes diplomatically “not merely by the example of our power but by the power of our example,” as President Biden told the world in his inaugural address.

In all this, students are the possible answer to repairing American credibility, image, and reputation abroad. Thus, investing in study abroad programs will reinforce Biden’s foreign policy and national security agenda. International educational programming is certainly an enduring strategy with a multiplier-effect in building global alliances. It will continue well beyond the Biden administration as an organic process of reinvestment in education that promotes our American democratic values abroad.

Investing in Hearts and Minds

American education is one of the most powerful forces in the foundation of republican governance and the global democratization process. American founding luminaries like Thomas Jefferson and Benjamin Franklin recognized the value of public education when they established the University of Virginia and the University of Pennsylvania, respectively.

After witnessing the horrors of the Holocaust, President Dwight Eisenhower likewise recognized that “the surest way to break cycles of fear and misunderstanding was for people to understand one another” and envisioned an international travel program wherein American leaders would promote “people-to-people” exchanges and act more like “globally minded citizens.” This is part of preserving the Puritan Sermon that was invoked by President Ronald Reagan’s Farewell Address of  “the shining city upon a hill” and the perennial founding vision of “freedom for all” every corner in the world. Moreover, the United States was conceived by the Founding Fathers as a global nation.

Continuing in their tradition, investing in the students of today through international education programming produces the global leaders of the future. While they are not training programs for national security specialists, study abroad programs do provide an opportunity for a deep dive into the linguistic and cultural nuances of another country or region. Scott Kennedy, senior advisor and Trustee Chair in Chinese business and economics at the Center for Strategic International Studies, for example, recently stated “China Policy in 2021 I think is actually going to be about ally policy.” Strong alliances are established through contacts and exchanges, many of which begin through study abroad programs. President Bill Clinton, Biden’s Transportation Secretary Pete Buttigieg, Harvard Professor Joseph Nye, former CIA Director James Woolsey, former USAID administrator Brian Atwood, and the late Senator Richard Lugar are just some examples of US policymakers who capitalized on their study abroad experience to become international leaders.

Cost as the Barrier to Success

In retrospect, Jefferson, Franklin, and other founding fathers may be disappointed in the state of affordable education today. While Jefferson envisioned a system of almost free to minimal-cost public education, now the average tuition fee of a four-year bachelor’s degree from a public institution will set a student in the United States back almost US$175,000. A four-year private college can cost a student as much as US$215,000.

At present, there are even more hidden costs to attending university in the United States. As the world has become increasingly globalized, international education is significantly more crucial in many career fields, especially in corporate management and transnational governance. If a student would like to study abroad to achieve professional success, they must budget an additional US$18,000 per semester and a hefty US$36,000 for an annual international program.

The United States now fails to compete with the soft power projected by other countries due to the paucity of funding Washington provides for study abroad programs. In 2020, the United States Congress allocated a mere US$730.7 million for international education and cultural programs at the State Department. Interestingly, the “America First” Trump White House initially requested an amount less than $400 million. For comparison, the European Union collectively invested over US$18 billion from 2014 to 2020 (annually US$3 billion) for its joint Erasmus+ international education program, and each country typically allocates additional funds for independent programs as well. China, which is the world’s largest producer of international students, reportedly spent an estimate of well-over US$2 billion just on Confucius Institutes worldwide alone from 2008 to 2016, according to a 2019 US Senate Report. Disaggregated Chinese statistics on annual spending for international education programs are not publicly available and exceedingly difficult to verify independently for a comparative analysis. However, the numbers that are available do seem to suggest the United States is lagging behind its soft power competitors.

Even with the lack of transparency in the case of China, other countries quite possibly outperform the United States by also welcoming and funding foreign students to study within their borders, thus, promoting citizen-ambassadors and mutual friendships. In 2018 alone, for example, Beijing spent US$469 million on foreign students, offering them scholarships to study in China. Beijing even developed two scholarships analogous to the Rhodes Scholarship, for which the United States has no comparison. The Yenching Academy of Peking University and the American billionaire funded eponymous Schwartzman College at Tsinghua University in China fully-finance graduate degrees for international students and provide opportunities for cross-cultural communication by blending classes of domestic Chinese students with American and other international students.

With enormous investments, both Chinese and European exchange programs have outstripped the United States. Reinvigorating American soft power through education begins, of course, with examining and alleviating exorbitant higher education costs domestically. Finding creative solutions for systemic higher education problems in America will provide more flexibility for financing a greater number of international exchange programs. Yet, the Trump White House’s Office of Management and Budget, which underestimated the power of public diplomacy, also failed to recognize that one million international students at US colleges and universities contributed nearly US$41 billion to the American economy, employing more than 458,000 jobs during the 2018-2019 academic year. In this case, Trump’s restriction on foreign students and accompanying immigrants was counterproductive to his “Make America Great Again” agenda in domestic employment.

Search for a Lasting and Winning Strategy

Likewise, the late US diplomat Yale Richmond, who negotiated fourteen intergovernmental agreements with the Soviet Union, believed it was educational exchanges that toppled the Soviet Union. In his insightful book, Cultural Exchange and the Cold War, Richmond wrote:

“Some fifty thousand Soviets visited the United States under various exchange programs between 1958 and 1988. They came as scholars and students, scientists and engineers, writers and journalists, government and party officials, musicians, dancers, and athletes—and among them were more than a few KGB officers. They came, they saw, they were conquered, and the Soviet Union would never again be the same . . . these exchange programs (which brought an even larger number of Americans to the Soviet Union) raised the Iron Curtain and fostered changes that prepared the way for Gorbachev’s glasnost, perestroika, and the end of the Cold War.”

He then added that these soft power contacts and exchanges all happened “at a cost that was minuscule in comparison with U.S. expenditures for defense and intelligence.”

Investment in American and international education is important for the promotion of soft power abroad. Commitment to investing in American students, the next generation of American leaders and diplomats, is critical. Study abroad programs and other cultural and educational investments do not have to trade off with a strong national security budget, but rather enhance the posture of the United states abroad. In other words, sacrificing a minuscule portion of the US$2 billion a day allocated to the U.S. Defense Department’s “inflated” budget in favor of the far more cost-effective approach to international influence—known as study abroad programs—is a long-lasting investment, much like the creation of the American Peace Corps under President John F. Kennedy.

It would behoove us all to recall the profound wisdom of Nelson Mandela who said, “education is the most powerful weapon which you can use to change the world.” His words resonate well with our First Lady Dr. Jill Biden, a life-long educator, who similarly observed that “education is possibility set in motion” to transform one student at a time into leaders equipped for public service careers.

Indeed, the trajectory of our lives and careers changed after we both received the opportunity to participate in fully-funded AFS study abroad programs as teenagers. At the formative age of 18, co-author Patrick Mendis was selected as one of nine among over 100,000 Sri Lankan applicants to receive an AFS scholarship to study at Perham High School in Minnesota. His AFS experience and subsequent graduate degrees prepared him for a career in US Departments of Agriculture, Defense, Energy, and State before returning to academia at home and abroad. Similarly, at 17, co-author Dominique Reichenbach received a scholarship from the National Security Language Initiative for Youth program to participate in a China-based AFS program, setting her up for future success as a Gilman and Boren scholar in China and Taiwan. From personal experience to an analysis of cross-cultural affairs, we believe a reinvigorated approach to international education under the Biden administration can make our fragile republic and the world strong enough for democratic governance.

About the Author: Dr. Patrick Mendis, a recipient of the Benjamin Franklin Award and the Meritorious Honor Award of the US Department State, most recently served as a distinguished visiting professor of Sino-American relations at the Yenching Academy of Peking University in Beijing and a Taiwan Fellow of the Ministry of Foreign Affairs as well as a distinguished visiting professor of global affairs at the National Chengchi University (NCCU) in Taipei. Currently he is a distinguished visiting professor of culture and diplomacy at the Chinese Culture University in Taiwan. Dominique Reichenbach, a recipient of the US National Security Language Initiative for Youth scholarship and the Benjamin Gilman and David Boren scholarship, served as a research intern and teaching assistant at NCCU. She currently serves as a China news analyst. They began their careers in international affairs after participating in the American Field Service (AFS) Intercultural Programs funded by the US Government. The views expressed in this analysis do not represent the official positions of their current or past affiliations nor governments.