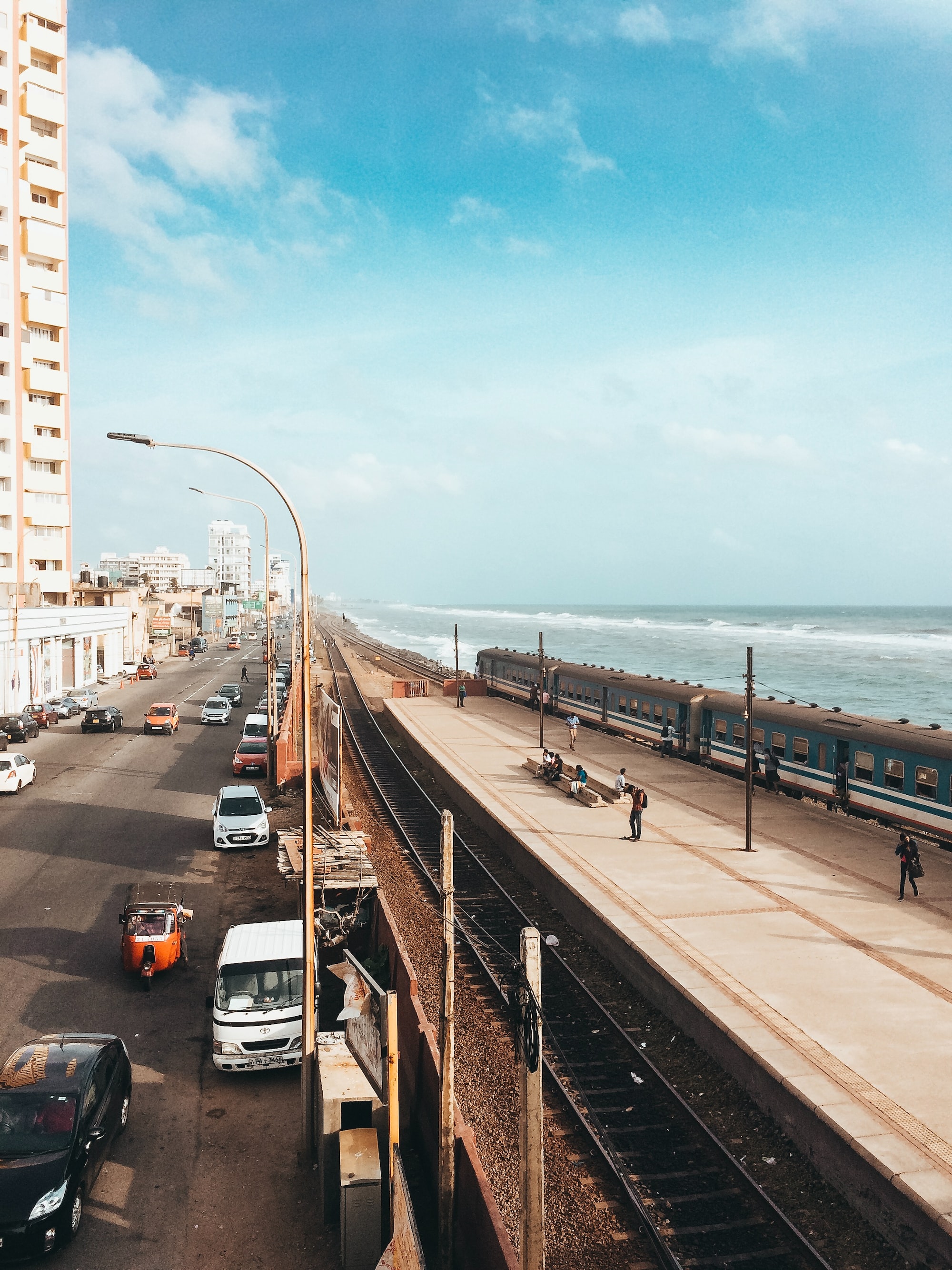 The Sri Lankan Civil War and Its History, Revisited in 2020

On June 9, 2020, Sri Lankans occupied the streets outside the US Embassy in Sri Lanka’s capital, Colombo, in solidarity with the Black Lives Matter movement, holding signs condemning the racism, police brutality, and other maladies plaguing the United States. Sri Lanka’s social issues also came to light at this protest. The country, after all, has its history of ethnic strife and is currently mending after the end of a long, brutal civil war. As the nation attempts to heal, Sri Lanka continues to sustain new injuries to its social and political structures that reveal much larger systemic problems. Police arrived at the demonstration and violently dispersed protesters—arresting at least 53 individuals—supposedly to enforce public health restrictions related to the COVID-19 outbreak. However, the police’s ferocity was unsettling. Some footage, for instance, “showed a young woman being tossed into a police vehicle, head first.” One of the protest’s organizers, Pubudu Jayagoda, indicated that the Sri Lankan government had been “downplaying coronavirus health risks,” implying that the police perhaps had ulterior motives and revealing his disillusionment with the government’s policing power. Such growing disenchantment with the Sri Lankan government represents just one problem amongst the country's history of ethnic tensions.

Sri Lanka’s present is haunted by memories of the island’s decades-long civil war, which began in 1983 and ended just over 10 years ago. The war was mainly a clash between the Sinhalese-dominated Sri Lankan government and the Liberation Tigers of Tamil Eelam (LTTE) insurgent group, the latter of which had hoped to establish a separate state for the Tamil minority. The mainstream narrative suggests that the civil war was derived from tensions between the Sinhalese and Tamil ethnic groups. However, the war also represented the legacy of British imperialism. This alternative analysis suggests that the ethnic conflicts were symptoms of a much larger problem, rejecting the oversimplified narrative that Sri Lanka is home to a people that are perpetually clashing with one another due to ethnic incompatibilities. Instead, the analysis surrounding the legacy of British imperialism embraces the idea that Sri Lanka’s conflict has much to do with each group fighting to reclaim its dignity and power, albeit at the expense of the other. A post-colonial analysis reveals that both the Sinhalese and Tamils acted to recover what they believed they had lost during their respective golden eras, imperial rule for the Sinhalese and shortly after for the Tamils. Present moments like the June 9th protest are no longer surprising and clearly align with Sri Lanka’s broader history under this interpretation. Perhaps more importantly, this post-colonial narrative suggests that Sri Lanka’s conflicts are not in the past; rather, the conflicts continue to manifest through the government’s leadership in moments much like the Colombo protests.

Sri Lanka is 74.9 percent Sinhalese and 11.2 percent Sri Lankan Tamil. Within these two groups, Sinhalese tend to be Buddhist and Tamils tend to be Hindu, displaying significant linguistic and religious divisions. However, the strife between the grounds purportedly began much further back in Sri Lanka’s ancient settlement history. Though the Sinhalese people’s arrival in Sri Lanka is somewhat ambiguous, historians believe that the Tamils arrived on the island both as invaders and traders from India’s Chola Kingdom. These origin stories suggest that the Sinhalese and Tamil communities have experienced tension from the very beginning—not out of cultural incompatibility, but rather out of power disputes.

During British imperial rule, the tensions between the two groups worsened. The CIA suggested in 1985 that the Sinhalese community felt threatened by the Tamil group’s prosperity partly due to the British favoritism of Tamils during the British occupation of Sri Lanka. Because Tamil communities also existed in several other British colonies like India, South Africa, and Singapore, Sri Lankan Tamils benefited from broader commercial networks and a wider range of opportunities. Moreover, British colonial authorities often placed English language schools in predominantly Tamil areas, providing Tamils with more civil service and professional opportunities than their Sinhalese counterparts. This pattern of Tamil favoritism left Sinhalese people feeling isolated and oppressed. Despite the tension between these groups before British colonization, the events that followed Sri Lankan independence suggest that imperial rule had provoked the ensuing conflict. Indeed, soon after British occupiers left the island in 1948, these patterns of Tamil dominance changed dramatically.

After British independence, many Sinhalese worked their way into the upper echelons of government. These Sinhalese gained power and went on to gradually pass acts effectively disenfranchising their Tamil counterparts. One such act was the Sinhala Only Act, a 1956 bill that made Sinhala the only official language of Sri Lanka and created barriers for Tamil people trying to access government services or seeking public employment. Former Sri Lankan President Chandrika Bandaranaike Kumaratunga frames the act, which her father passed, as a move to nurture and reclaim a Sri Lankan identity following an extended period of British rule. If Kumaratunga’s statements about her father’s legislation are sincere and accurate, her commentary may reveal that legislators at the time hoped to recover the dignity of their Sinhalese ethnicity that they felt was lost during British imperial rule—not that they wanted to actively minimize Tamil culture. Retrospectively, though, the minimization of Tamil culture is precisely what the laws accomplished.

Another pertinent policy was that of standardization, which aimed to provide more educational opportunities for disadvantaged Sinhalese students. The policy required Tamil students to achieve higher exam scores that their Sinhalese counterparts in order to be admitted Sri Lankan universities. Legislators created a program that resembled affirmative action for the Sinhalese, who lacked opportunities and were disadvantaged during British imperial rule. Yet, when coupled with the Sinhala Only Act, standardization took opportunities from Tamil students, several of whom had turned to educational avenues to compensate for their lack of professional civil service opportunities. Thus, this legislation passed by a Sinhalese-dominated government failed to level the playing field; instead, it tilted the odds in the other direction and effectively discriminated against Tamil students. Ostensibly, these ethnic frictions had roots in the social destabilization caused by British occupation, and had more to do with reclaiming Sinhalese power and dignity than to cultural tensions between the Tamils and Sinhalese. Even so, before long, a few militant Sri Lankan Tamils organized an insurgency.

Some Tamils responded to these discriminatory policies with the idea of Tamil Eelam, a separate state for Tamils. While the idea appears to be extreme, the two groups already lived in somewhat separate spheres of the country: the Sinhalese in Southern, Western, and Central Sri Lanka, and the Tamils in the Northern and Eastern parts of the island. Tamil Eelam aimed to formalize this existing geographic separation. The movement was built on the idea that Tamils and Sinhalese represented distinct ethnic groups in Sri Lanka. However, post-colonial thought would suggest that the underlying reasons for both Sinhalese and Tamil actions in the immediate post-colonial period were not due to untenable differences, but rather a desire for power across the country’s communities and a feeling of frustration about the lack of opportunity caused by factors beyond the groups’ control.

Nonetheless, Tamils had mixed reactions to the concept of Eelam. While a handful of groups supported Tamil Eelam, only one prevailed: the Liberation Tigers of Tamil Eelam (LTTE). LTTE destroyed other budding Eelam groups like the Tamil Eelam Liberation Organization (TELO) to become the “sole representative of the Tamils.” The conflict then escalated into civil war. The war officially began after a day of riots targeting Tamils in Colombo in July 1983, a month which has since been dubbed “Black July.” The fighting lasted just under three decades and ended in May 2009, when the Sri Lankan government announced that they killed the LTTE leader.

LTTE was an uncompromising group inspired by Che Guevarra and his guerilla warfare tactics. The US Federal Bureau of Investigation (FBI) soon labeled the LTTE a terrorist group after they initiated terror tactics including suicide bombers, the suicide belt, and female-led suicide attacks. The group even assassinated two world leaders: Indian Prime Minister Rajiv Gandhi and Sri Lankan President Ranasinghe Premadasa. Indeed, the LTTE’s activities extended beyond Sri Lanka’s borders. However, LTTE was not the only perpetrator of heinous crimes during the Sri Lankan Civil War. The UN High Commissioner for Human Rights determined that the Sinhalese-dominated government has also been implicated in war crimes such as the torture of war prisoners and citizen disappearances. In one notably brutal example, the government’s forces murdered five Tamil students in the port city of Trincomalee. These conflicts, rooted in a quest for power and dignity, descended into brutal violence on both sides, and memories of this violence still haunt the country today.

The Situation Now and the Protests Revisited

Although the Civil War ended in 2009, the current situation in Sri Lanka has only partially improved. A large portion of the Tamil population remains displaced. While there are fewer political and civil rights issues, instances of torture and enforced disappearances persist even in recent years. Moreover, the Sri Lankan government often surveils and tracks people linked to LTTE. The Sri Lankan military still occupies predominantly Tamil areas designated as “high-security zones,” though to a lesser extent than during the war. The government’s Prevention of Terrorism Act (PTA) targets mostly Tamils. In a more subtle sense, the Sri Lankan government continues to disenfranchise the Tamil community. Through the process of “Sinhalization,” for instance, Sinhalese culture has slowly replaced that of the Tamil population. Sinahlese monuments, road signs, street and village names, as well as Buddhist places of worship became more common in predominantly Tamil areas. These efforts have infringed upon, and in some cases even erased, the Tamil perspective on Sri Lankan history, as well as Tamil and Hindu elements of the country’s culture.

Perhaps the conflict has devolved into an ethnic issue, but it did not start that way. It may not stay that way either. The Sri Lankan government has alienated the Tamil minority since the civil war ended, but, more recently, it has come to disappoint its Sinhalese constituency as well. The government's actions since the end of the civil war have become increasingly undemocratic for Tamils and Sinhalese alike. Its response to the Black Lives Matter protests, for example, was only the latest instance in which the government exercised an unprecedented amount of power. The Sri Lankan government began growing its power during the civil war—a conflict that stemmed from ethnic tensions rooted in the legacy of British imperialism on the island. The government continues to expand its authority now many years later. What this means for the future of Sri Lanka is unclear. Still, one thing is for sure: even if the wounds caused by the Sri Lankan Civil War and its accompanying ethnic divisions heal, the country will remain haunted by much larger structural issues in its history and government. However, a unified citizenry in Sri Lanka could be a powerful tool in responding to its government’s growing power. Ethnic unity on the island may be the key to a more secure future.