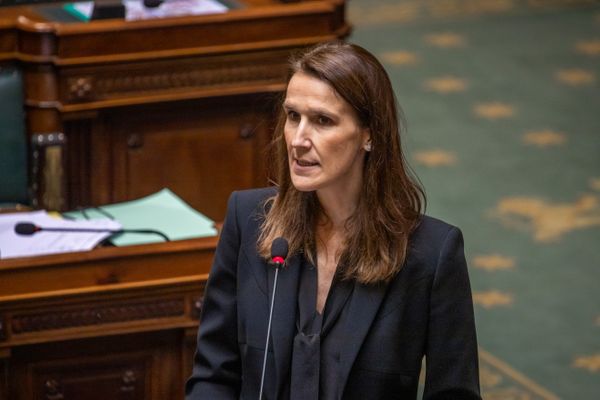 Up High in a Low Country: A Conversation with Sophie Wilmès

Sophie Wilmès has served as Prime Minister of Belgium since October 2019, leading a minority government after almost a year of deadlock. She previously served as the Minister of Budget and Civil Service. Wilmès spoke with Garrett Walker in late August.

After you led a caretaker government for almost five months, King Philippe nominated you in the wake of the pandemic to form a permanent minority government. How has your perspective on leadership changed in your new role?

Overnight we found ourselves in a situation that was unprecedented in more ways than one. The health crisis had begun, which also shook up our institutional system in Belgium. As you may know, the structure of the state in Belgium is very particular. A federal state such as ours is built with several governments. I am at the head of the federal government, but I have at my side regional and community governments that are competent in a whole range of areas regarding public health. More than ever, I am convinced that leadership is about making sure that people can work together. This is what we did as a team. Regions, communities, and the federal government worked together like never before.

Before your appointment, Belgium had not had an official government since December 2018. Likewise, after the 2010 election, Belgium had no government for 18 months due to long-standing tensions between Wallonia and Flanders. Can Belgium’s northern and southern regions find common ground?

Yes, they can. I am convinced of that. Tensions between different parts of the country have existed for a long time now. They come from old wounds. Having said that, I don’t think a majority of Belgians want to split the country in two. Therefore, we have no choice but to work together. It is not easy. Especially in the modern world, social media is gaining influence, even when we put our phones down. Everything moves faster, some people are less open to alternative ideas, opinions harden and get more divisive. I do not have to remind you that we listen to each other less and less—it is a general trend. As far as Belgium is concerned, we must preserve our ability to forge the so-called “compromis à la belge” for which we are famous.

Belgium has long resorted to devolution to overcome that tribalism. Is it possible for a single national government to represent two regions with such different languages, economies, histories, and cultures?

Do not forget there are three regions in Belgium. Brussels is a region in its own right. And we have three communities: the Flemish, the French and the German-speaking.

Sure, but tension between Wallonia and Flanders certainly causes the most headache.

As someone with a reputation for rising above party politics, how do you plan to address extremist parties and frustration with the establishment?

Voters’ frustration with the so-called establishment is the consequence of feeling unheard. That’s why it is important to form a government that has a majority in the Chamber of Representatives as soon as possible, and not to waste any more time. We have to show that we are working in the general interest, that together we continue to tackle the pandemic and manage its consequences for the benefit of the general population. And we have to create stability and offer support to companies, employees, and vulnerable people. That is of the utmost importance.

Despite enormous progress toward political gender equality, about 40 percent of employed Belgian women still work part-time. As Belgium’s first female prime minister, how do you see discussions around gender and the workplace evolving?

Since I entered the world of politics, I have witnessed corporate attitudes toward gender equality changing for the better. The 2011 introduction of quotas that require listed companies to select women for at least one-third of director positions has clearly had an effect: last year, the percentage of women on boards of the companies listed on Euronext Brussels [Belgium’s largest stock exchange] exceeded 25 percent for the first time. Quotas clearly speed up the process and are therefore useful. But we should use them as the philosopher Ludwig Wittgenstein used his ladder: to reach the desired level and then kick it away.

I think it’s the global society that pushed to see changes in corporate structure. Companies had to change their internal policies, and they found out it actually works. They wanted to show that they made things better internally, and they benefited from it. They learned by experience that supporting gender equality is good business.

Still, there’s work to be done. In order to achieve gender equality in the workplace, we have to help every member of the family. That also includes men, who we should support as they take more responsibility in the household.

In the wake of the global Black Lives Matter protests, how do you grapple with the legacy of King Leopold II and Belgium’s role in colonialism generally?

Belgium is ready to look at its colonial past with lucidity, serenity and objectivity. It is in this spirit that a parliamentary commission has recently been set up to examine our colonial past and to address the questions that are being asked by the Belgians themselves, the Congolese, Rwandans, Burundians, and the international community. We did not wait for the tragic murder of George Floyd in the United States to do this. There have already been several official Belgian communications and apologies concerning the colonial past, and King Philippe expressed strong words about this period in time recently. In short, I repeat, Belgium is ready to re-examine its colonial past with honesty.

The eurozone has highlighted the tension between fiscal independence and monetary policy cooperation. Especially since Belgium’s economy is deeply integrated with the rest of the Schengen Area, do you worry about the long-term viability of a cross-cultural monetary union?

Belgium is deeply integrated in both the eurozone and the Schengen Area. Eurozone integration is a work in progress, indeed, and has been tested severely in past financial crises. But although we have learned some lessons and are negotiating new solutions, it is true that progress has been too slow, especially now that a new crisis is upon us. It is a wakeup call. However, let me also point out that the Eurogroup has been able to take decisive actions by agreeing on a number of measures. First, readying the European Stability Mechanism [an emergency fund serving eurozone members] for states that need assistance in the COVID-19 crisis. Second, establishing a SURE reinsurance system [temporary Support to mitigate Unemployment Risks in an Emergency] to alleviate temporary unemployment. Third, involving the European Investment Bank in a guarantee scheme for our businesses in need of liquidity. Those were difficult discussions, but the results are on the table within a very reasonable time span. And that, I believe, is one of the most important lessons learned: under pressure, we can and will take action. That message has been understood by the financial markets.

Finally, What do you see as the biggest long-term threats to multilateralism and the European experiment?

Globalization has been with us for a while, and many countries, businesses, and people have profited from it. But others have lost out, and the benefits have not always been spread evenly. There are large communities that feel that they are on the losing end. So we find ourselves in an era in which the pendulum of openness and globalization is swinging back. The tremendous progress brought by globalization should not be lost. The benefits are not just material; they go far beyond that. They include increased prosperity, open minds, open borders, international cooperation as a basic instinct, free travel, and so much more. We should strive to keep what we acquired over several decades. But at the same time, we need to better address the downsides of globalization, mapping and objectively assessing the problems it has brought as well.

The interview was condensed and lightly edited for clarity.